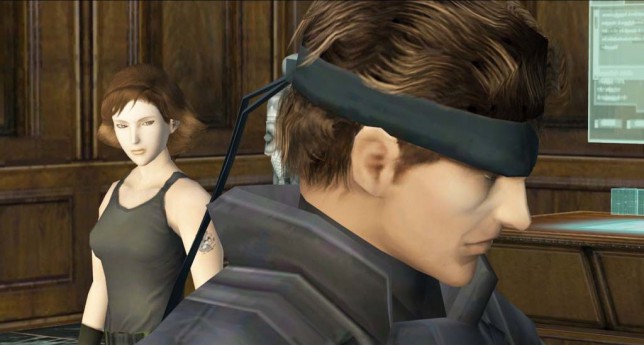 The Thursday letters page expects disappointment from the September State of Play, as two readers admit to being Mafia fans.

Sensible remake
So the rumours of Metal Gear Solid getting a new remaster collection are back again? Seems like Konami rumours are just like the Switch Pro: everyone talks about them, but they never happen. I can’t get excited about more remasters, but I would definitely be interested in a remake of the first one.

I totally agreed with GC’s The Last Of Us Part 1 review, in that sometimes remakes are very useful, even necessary, but you’ve got to know when they make sense. Clearly The Last Of Us doesn’t but the original Metal Gear Solid looks terrible by modern standards and it’s very unlikely anyone new to the series would want to play it given the graphics, controls, and difficulty.

For me, a remake makes sense on every level, including the fact that Konami apparently want to get back into games, so I always thought the rumours of a PlayStation exclusive remake were very believable. We’ve never heard anything about it but maybe there was a delay because of the pandemic? I hope we find out it’s true this year.
Pectate

The sign
I’m compelled to write in about the utter pointlessness that is The Last Of Us remake. A game I’ve honestly cherished as much as any in its previous editions. Was interested to read your review to better understand a reason it exists and as you mentioned briefly, the only logical reason is to wring money out of bored consumers (as always).

I just wish people wouldn’t keep falling for it, otherwise games companies have no reason to stop treating us with contempt. I’ll be very interested to see if it’s successful though. I’m just wondering – you mentioned in the review that significant money has been invested in the game. Any idea how much it needs to sell to be a success?
Chris

GC: You’ll be lucky if Sony says how much it sold, let alone if is profitable. But if you see it on sale before the end of the year you’ll know things didn’t go so well.

Blood brothers
I’m not sure what Sony really gets out of owning such a relatively small part of FromSoftware. They’re not the majority and they certainly don’t own the company that owns them, so what leverage do they really gain?

I assume some or they wouldn’t do it but I hope this does mean more Bloodborne. The way that game’s been completely ignored in recent years make it seem much more like Sony and From have had a falling out, so maybe this is meant to be a way to force them back together.

Considering the cand epidemic of remakes I don’t want that for Bloodborne, but I would appreciate a proper 60fps PlayStation 5 patch and… a sequel. I agree that it’s the best ever PlayStation exclusive and I’d love to see another one even more than Elden Ring 2.
Echo

Slow news year
So the first news on God Of War: Ragnarök in over a year doesn’t even get a PlayStation Blog entry, let alone a State of Play?! You couldn’t make this stuff up. Especially as I don’t really feel I learned anything significant from that preview.

I see rumours that Sony might have a State of Play in September, but they’re going to have to have one by at least October for Ragnarök. My question is whether they’ll talk about anything else. I’m going to beat they probably won’t and, at best, it’ll be The Games Awards in December before we hear anything new from Sony.

Microsoft too probably, in case anyone thinks I’m being a fanboy.
Tablet

Gangster life
In response to the reader asking about Mafia’s appeal. To me, whilst they were open world games in a city where you steal vehicles, get involved in shootouts, and other things you can do in GTA, I never thought of them as a GTA competitor but their own thing.

Sure, the city was open world, but it was more used as a set dressing for the story, kind of similar to L.A. Noire in that way. All you really do in the city, outside the main missions, is drive to the next mission. I quite like it this way though as it really allows you to soak up the atmosphere. I’d highly recommend the Mafia Definitive Edition if you want to experience it.
Angry_Kurt (Twitter)
Now playing: F1 Manager 2022 (PC) and GRID Legends (PS5)

Strictly average
RE: Saints Row. The game has issues. However, I don’t believe that it’s nearly as bad as everyone is saying. It is, for me, a welcome break from playing GTA, which I stopped playing years ago. I’m waiting, like everyone, to play GTA 6, which no one knows when it will be coming out. Usually games like that come out with the beginning of new consoles, this time that did not happen.

However, I also did not play the entire game from beginning to end over the weekend. I have a life outside of my apartment. Also, we live in a time where glitches in games can easily be fixed with patches and updates. This game will be no different. There has been glitches in my game and I already downloaded updates for it. That’s the way it is sometimes in the modern gaming world, when you’re dealing with a massive open world game. There will be glitches.

This game is just about average, but your expectations were for it to be some sort of phenomenal thing that you have never seen before, which is why your thoughts are where they’re at, which is just unreasonable.
Anon

GC: We were expecting it to be entertaining, which it generally wasn’t.

Mafia 1, the original, is also available free on Steam today for five days. I thoroughly enjoyed it 20 year ago when I played and completed it on PC, and I also enjoyed Mafia 2 but not as much. Mafia 3 was fairly good, but I prefer 1 and 2.
Andrew J.
Currently playing: Mark Of Kri (PS5)

Second renaissance
So if Sony is making such a big push with the PlayStation VR2 should we expect all their major game to get VR modes? That makes logical sense but I’m not sure how much extra work that requires. I’d sure like to Horizon Forbidden West, Ratchet & Clank, and Returnal in VR though. To my mind third person games work just as good as first person, in that you’ve got a lot more freedom to look around and don’t feel quite so locked down, because your view is a bit zoomed out already.

There was that odd period, just when the first PlayStation VR came out when everyone was doing little VR mini-games for their big games, Call Of Duty had one, there was the Star Wars one, and I think a Final Fantasy one too. Sony had obviously talked the publishers into it, because they never did anything like that again but I wonder if they’ll try the same thing again?

I’d love it, because I’m a big VR advocate, but I’m not sure how Sony expects the end result to be any different from their first headset. That was great but it wasn’t particularly successful because of the price, which is only going to be more for the new on. Having a VR mode in God Of War would be great for fans but I can’t imagine that pushing the need much.
Akuma

Inbox also-rans
I still can’t believe they gave the guy that wrote Beyond: Two Souls – possibly the stupidest story ever written, in any medium – a Star Wars game to make. Are they purposefully trying to ensure The Rise of Skywalker looks good by comparison?
Loopy

Going by the logic that it’s best to remake something that didn’t quite work the first time round, I’d rather they remade Assassin’s Creed Syndicate. I was really looking forward to won set in Victorian London but it was just kind of janky and dull.
Globo

This week’s Hot Topic
The subject for this weekend’s Inbox was suggested by reader Pinky, who asks what do you do when you’re stuck in a video game?

As technology has changed so too has the way people cope with difficult games, either because they’re stuck by a puzzle, don’t know where to go, or simply because it’s too hard. So what do you usually do? Do you look for text-based help online, watch a video, ask a friend, or something else?

Do you still buy physical guides and if so, is that primarily for help playing the game or more as a collector’s item?