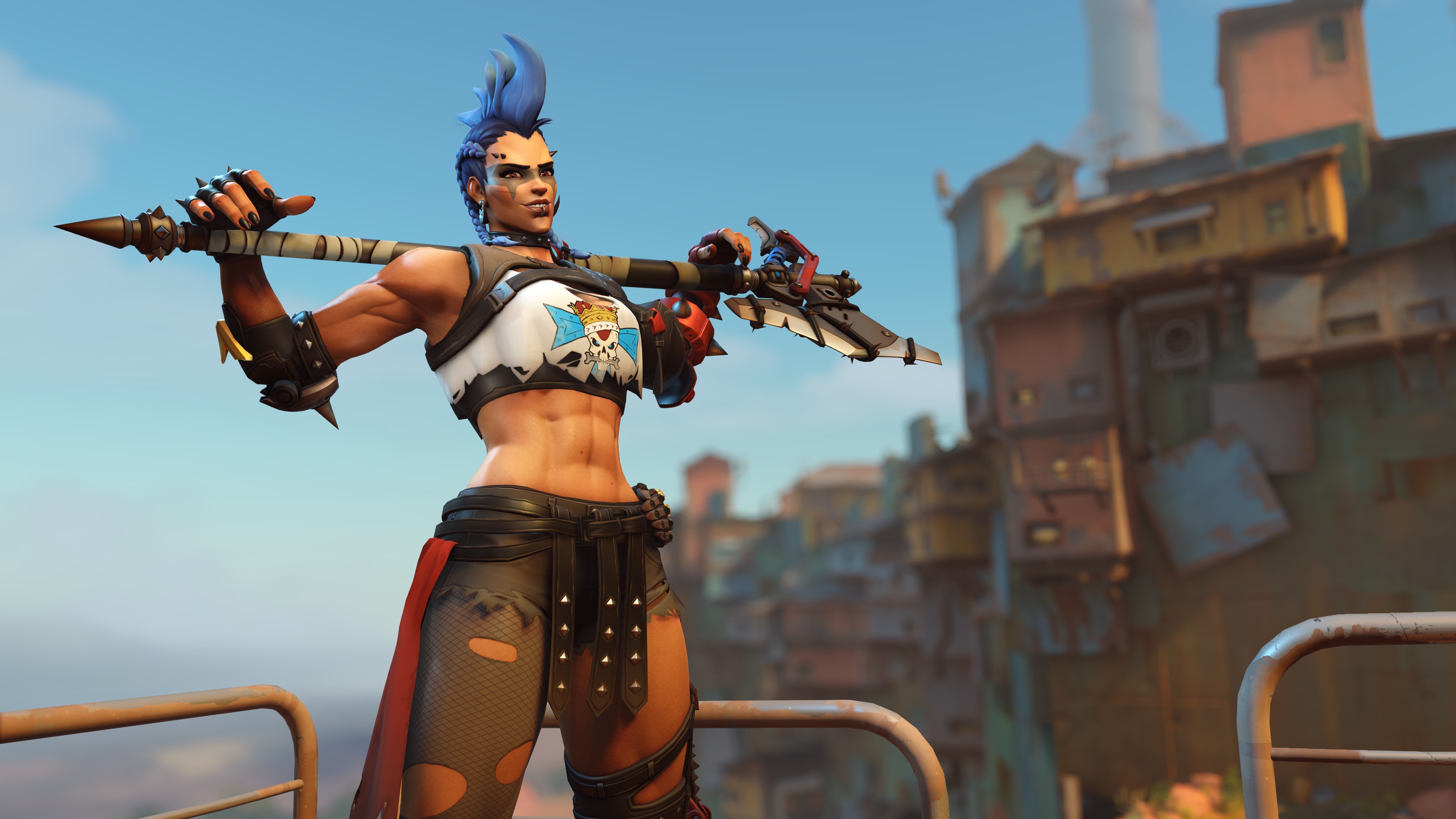 The Friday letters page discusses Hideo Kojima’s unique approach to casting, as one reader talks of his love for XCOM: War Of The Chosen.

Un-awaited sequel
I honestly had no idea that Overwatch 2 was out so soon, even if it is just the beta or whatever. Maybe I’ve been living under a rock, but I’ve seen absolutely no hype about the new game and I don’t know anyone in real life that’s talking about it. Does the game have such a radically different audience to the rest of gaming that it exists in its own little realm? Maybe, but I never thought of it as that unique.

I did enjoy the original but stopped playing about two or three years ago, so in theory the sequel is of interest to me as it’s an obvious place to get back in. It’s free, as I understand, so that’s definitely not a problem, but then why doesn’t there seem to be any excitement around it?

I think one mistake is the lack of any kind of story mode. The series has all this complex backstory and yet none of it is actually in the game. People have been asking for years for a story campaign and yet when the perfect moment comes there’s nothing. I don’t know how new players get into the game now, with so many different characters even I don’t know who half of them are.

It just seems like Blizzard aren’t really making the effort they should, and I suspect they’ll end up paying for it in the long running.
Boushh

Kojima stars
I’m always fascinated to see who Hideo Kojima considers to be a major movie star because I have to say I’ve never heard of most of them. I sort of recognised that one guy from The Walking Dead, who he seemed to think was some megastar on par with Tom Cruise or something, and I think the female lead was in a James Bond film… although I’m not sure which one or who she was.

I really think it’s a shame he left Konami as that removed any last chance of people ever saying no to him. I’m sure Konami were horrible to work at but if they’d just been a bit more diplomatic about things and installed someone to guide him a bit more, I think we would’ve got games that were much less self-indulgent and a bit more focused.

I did like Death Stranding more than I expected but it’s full of weird decisions that don’t really work, and I really don’t see him ever addressing them, only underlining him in the sequel. Still, at least you can never say he’s boring or predictable, and that counts for something.
Emer

Serious problems
I still have a really bad feeling about the Resident Evil 4 remake, especially after how badly Resident Evil 3 turned out. Resident Evil 4 is not a game that is going to working well with a gritty, more ‘grounded’ remake and everything I’ve seen so far suggests they’re taking it far too seriously.

The originally was goofy, silly, and tons of fun. It was hardly ever scary and the reason its combat was so much fun is because it was completely different to anything else around at the time. Since I’m sure there’ll go with the same combat as from the previous two remakes that is not going to be the case the second time round.

Nothing adds up for me. If they’d come out and admitted the problems and explained how they’re going to deal with them that’d be one thing, but they’ve basically said nothing and it’s out in six months!
Danson

Truth bombs
XCOM, where to begin… I took a gamble on PlayStation 3 XCOM: Enemy Unknown years ago, strategy games aren’t really my thing or so I thought.
Long story cut short, I’m now on my second playthrough of the XCOM 2 collection on the Switch, after playing the base game on PlayStation 4 and then buying and playing the War Of The Chosen DLC.

All told, this is probably my fifth or sixth playthrough but it never gets old. Recover, research, and design that alien tech for lovely stuff!

Funny feeling
I still can’t shake the feeling that something funny is going on with Zelda: Tears Of The Kingdom, in terms of a Switch Pro or new hardware of some kind. There was all that talk of a new console, and developers working with 4K graphics for ages. Bloomberg reports and all sorts of reliable sorts, not just random YouTubers.

Were they all wrong? Did Nintendo just give up on the idea? Is Tears Of The Kingdom secretly a Switch Pro game? I don’t know (obviously) but I’d be surprised if it was an ordinary release. Breath Of The Wild was so important to the success of the Switch launch I can’t believe Nintendo wouldn’t want to take advantage of the sequel to push new hardware as well. Especially as it’s taken so long.
Winston

Different strokes
I agree with the sentiment that, no matter what you think of Ghost Of Tsushima as a game it has a very positive impact on the Japanese games industry, which is of course ironic giving it was made by an American team. However, the point is that it has proven that games in a Japanese setting can sell and now we see that a number of other similar projects are unveiled.

I’m very interested in seeing Rise Of The Ronin in particularly, as I enjoyed the Nioh games and it’ll be interesting to see how a Japanese team tackle a similar kind of game. Despite the setting it’s pretty obvious that Ghost Of Tsushima was not made by a Japanese company. The formula is all wrong and that Ubisoft sense of cut and paste objectives is all wrong.

I’m not suggesting that Japanese developers are better or worse, as everyone has their pros and cons, but they are definitely different and Ghost Of Tsushima is very obviously American in nature. If Rise Of The Ronin has a similar kind of budget I am very curious to see how it turns out, especially as the time period immediately seems more interesting.
Cobalt84

Maybe Next time
Will GameCentral being doing a preview of the PlayStation VR2 like some other gaming sites have? I would prefer to read your opinion of it as a potential day one customer that I am.
Andrew J.
PS: The free games on Epic Store are The Spirit Of The North and The Captain. Neither game has been given away free by Epic Store before.

GC: We’re sure we’ll get to see it before launch, but we think only one UK site got a preview this week.

Unique selling point
I’ve been playing a lot of Splatoon 3 in the last few days and I’ve been having a ball. But in trying to form some sort of judgement about the game I have to admit it is hard to forgive the almost complete lack of new ideas. Especially when something as simple as adding a couple of new game modes would’ve been so easy.

It’s a curious thing because on the one hand it’s an amazing game that I’m really enjoying and on the other it’s a really disappointing sequel that I wish had tried something new. I’m actually surprised it got as good reviews as it did, even though I would’ve personally marked it highly.

And then you find out it’s the biggest game ever in Japan, so there goes any chance of Nintendo thinking they made a mistake. I really don’t know why they take such an unusual attitude to the game, compared to their other sequels. But if it sells that well I guess they read their audience right, at least in Japan.

However, I do think people are misinterpreting the comments about not making new sequels for things like F-Zero until they have new ideas for it. They’re not saying that for artistic reasons, they’re saying that the older games didn’t sell and unless they can think of a new approach there’s no point making a new one because it won’t sell either.

Splatoon doesn’t have that problem, so it’ll continue to get sequels with or without new ideas… so long as they continue to sell.
Onions

Inbox also-rans
I think Advance Wars is the one franchise I wish Nintendo would sell to someone else as I love that game but they’re clearly uncomfortable with it. Sell it to Capcom and they’ll put it out immediately and probably have a sequel more often than once a decade.
Suga

Well, I didn’t expect to be excited about a Tekken 8 trailer but… that looked really good? I like to see an old franchise learn new tricks, hope the game turns out good when it’s finished.
Ansel

This week’s Hot Topic
The subject for this weekend’s Inbox was suggested by reader Gooch, who asks what is your favourite fantasy video game?

To be clear, that means anything with at least a vaguely Tolkien-esque feel, as popularised by Lord of the Rings, as well as low fantasy settings such as Game of Thrones, so it doesn’t necessary have to have orcs and elves in it.

How appealing do you find these sort of fantasy settings and do they influence what games you’re interested in, regardless of their gameplay? What more do you feel could be done with the concept and what next gen fantasy games are you most looking forward to?