Whenever you're deciding on which character to pull for in Genshin Impact, their preferred party setup is always an important factor. Even if your character is strongly built, their true potential will only come out if you have them in the right team because that's how the combat system is designed in this game.

There are seven elements in the world of Teyvat, and almost all of them cause reactions when they meet another element. Nilou is a five-star Hydro Sword wielder in Genshin, and she has a ton of team compositions where she can flaunt her abilities. 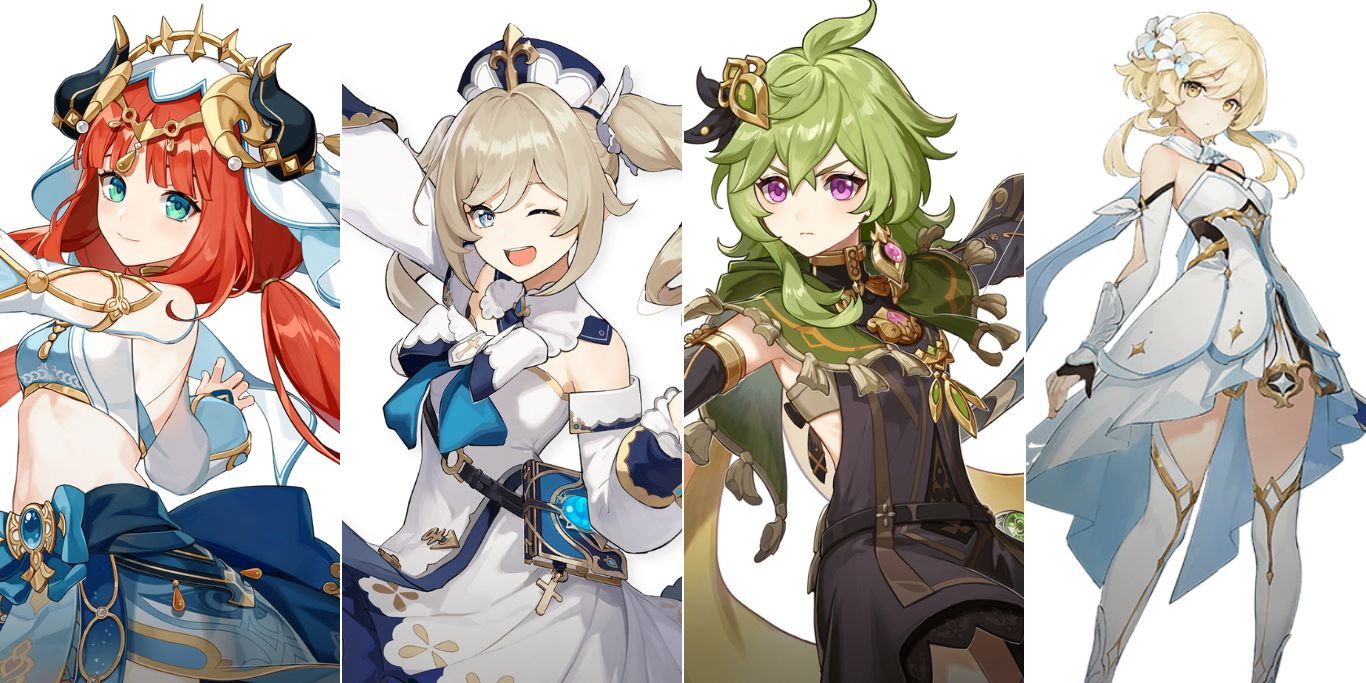 This is one of the greatest team compositions in the entirety of Genshin Impact, and it's almost like Nilou's kit directly signals toward it. Her Elemental Skill has two stances but one of them makes a flower around your active character that applies Hydro to the surrounding opponents constantly.

With the addition of Dendro to the game in the Version 3.0 update, a bunch of reactions involving the element were also added. Bloom was one of these reactions, and it gets triggered whenever Hydro meets Dendro, causing a Dendro Core to spawn on the ground.

Every character in the game has two passives that buff their combat abilities, and both Nilou's passives are based on the reaction mentioned above:

This team composition makes perfect use of both of these passives in the following ways:

While there are Hydro characters with a better application, the reason to use Barbara in this team is that she's a healer. To make Nilou work, you have to take damage from the Cores formed by the Bloom reaction, and you'll need someone to heal that damage.

Although, if you have access to Sangonomiya Kokomi, she is better suited for this team since you have to stay close to the enemy, which allows you to heal from her Skill while you apply more Hydro to them.

Collei and Dendro Traveler's Elemental Bursts are their main contribution to this team, so you'll need high Energy Recharge on both of them. Using Sacrificial Bow and Sacrificial Sword respectively can also help a lot. Moreover, it's recommended to use Traveler's Burst before Collei's because it has a longer duration. 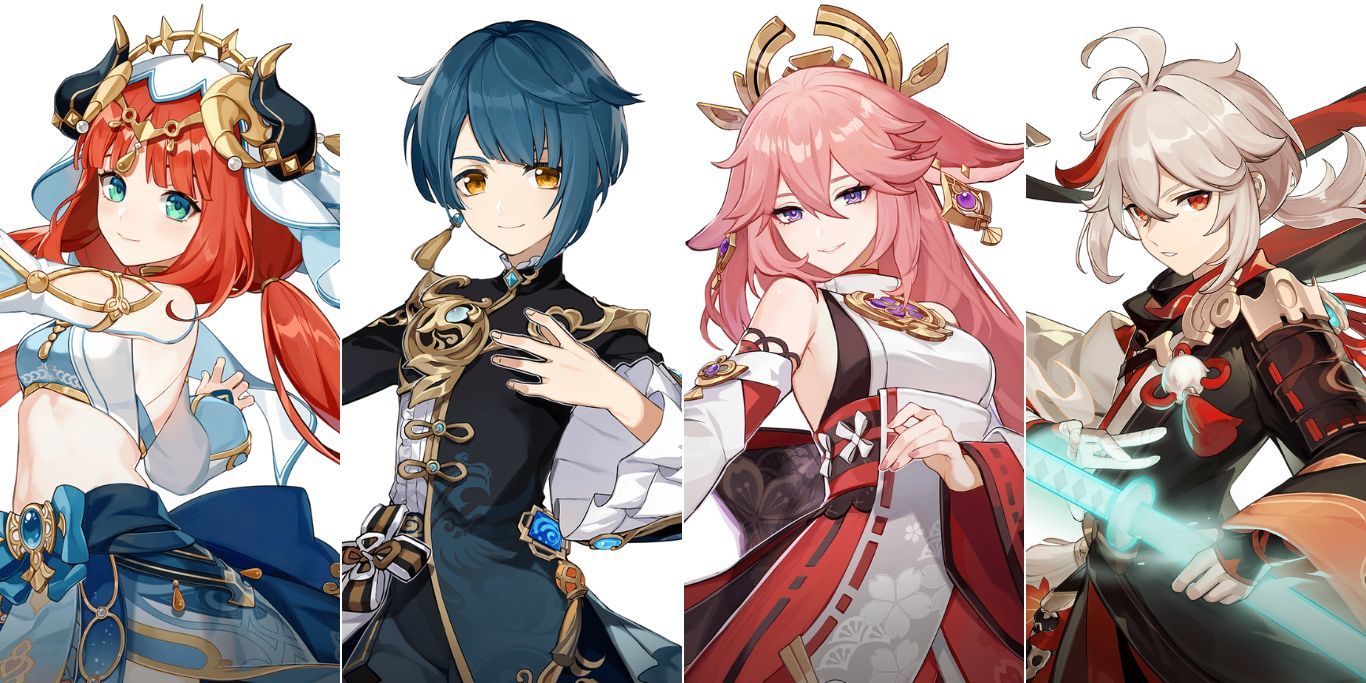 Whenever a character wielding the Hydro vision is released, Taser teams are always an option. An electro-Charged reaction is created when Hydro meets Electro, and it hits up to three opponents at regular intervals, dealing damage and immobilizing small opponents for a second.

The team that makes use of this reaction is known as a Taser team. Unfortunately, the only problem with putting Nilou in reaction-based teams other than Bloom is that both of her passives are rendered completely useless. Regardless, she can still play her part in making this team delete enemies.

While Taser teams are satisfying to use, they're much better against hoards of small enemies. For example, if you're doing a monolith challenge in Spiral Abyss, the game usually spawns a bunch of small enemies in different directions to overwhelm you.

This team is perfect for scenarios like that since it deals extra instances of damage as far as there are multiple enemies, and it also prevents them from attacking the monolith or your characters.

The rotation for this team is quite flexible, but here's what it'll look like:

Once you're done using all the abilities, it's recommended to switch over to Miko and perform her basic attacks for even more Electro applications. Furthermore, you can also switch her with Fischl for a more free-to-play-friendly Electro option.

Similarly, Kazuha can be switched with Sucrose or Venti to get the same effect. The only thing that matters is that you have a four-piece Viridescent Venerer set on the Anemo character that you're using. 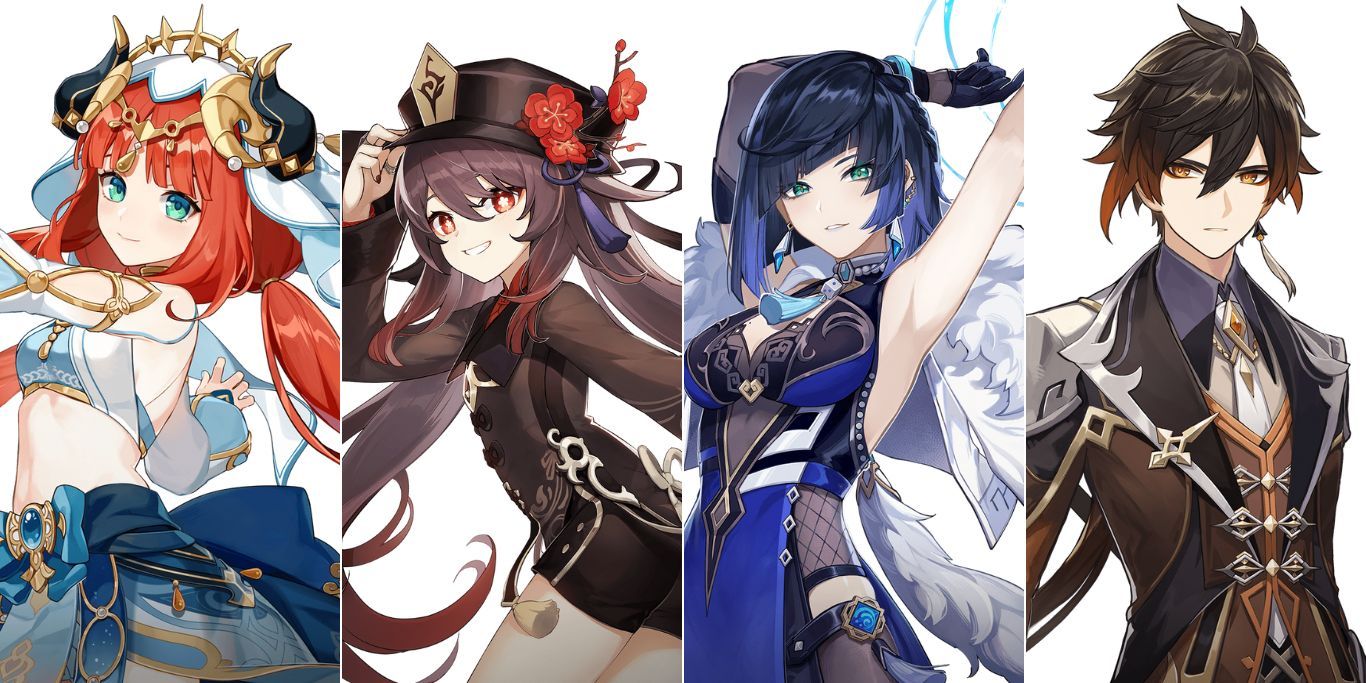 If you ignore Nilou's passives, it's almost like she was made specifically for this team composition. This beautiful team is entirely based on the HP stat, which is very rare to see since most of the characters in Genshin are based around ATK.

The main highlight of this team composition is the Hydro Resonance increasing every party member's HP by 25 percent, and here's how it'll help:

As you can guess, Hu Tao will be the main damage dealer of this team, and she'll use the Vaporize reaction. Since this character needs to be low on health, Zhongli's barrier will prevent her from dying as she'll be spending most of her time on the field.

You'll barely break a sweat with the rotation of this team, and you can't possibly mess it up. Once you're in Zhongli's barrier, activate Yelan's abilities followed by Nilou's abilities. This is because the former character's Burst lasts longer.

Next, switch over to Hu Tao and activate her Elemental Skill to watch your enemies get deleted with her charged attacks. You can also use her Elemental Burst if you're not using a four-piece Shimenawa set, but that's her best-in-slot for this team. 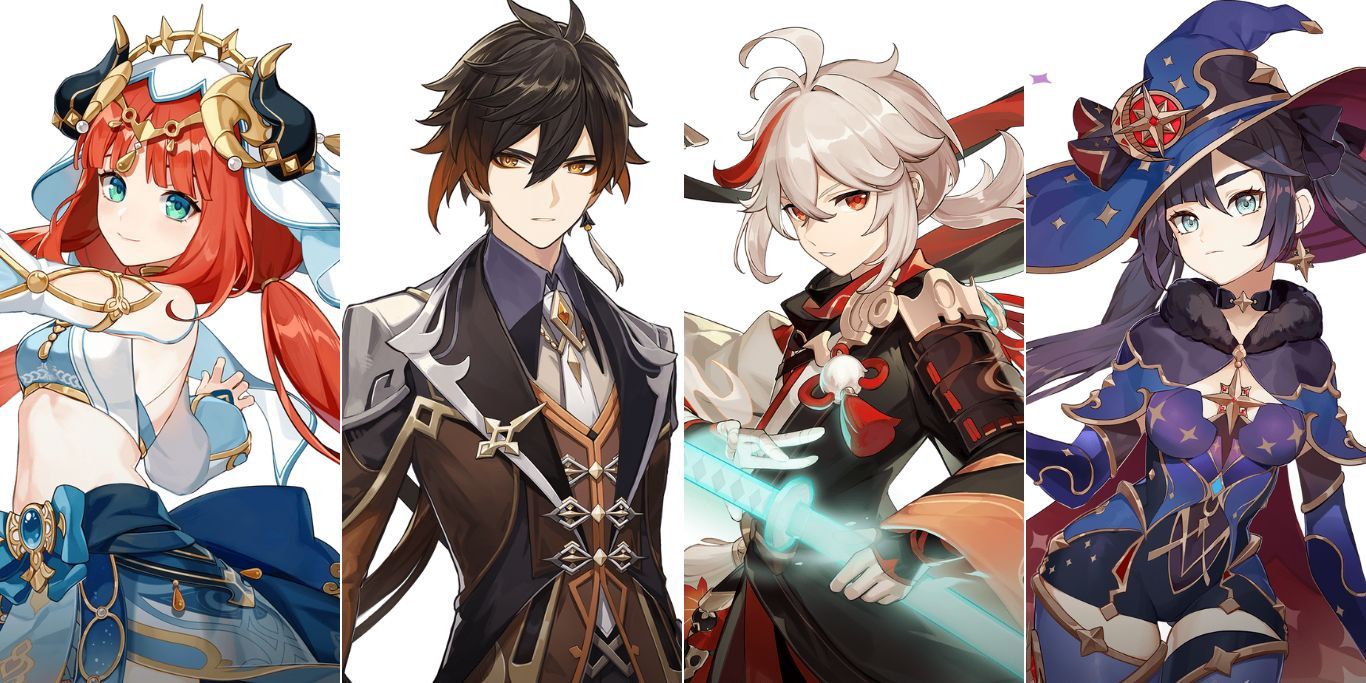 It'd be a shame if a character as elegant as Nilou didn't have her own team composition where she performs as the main DPS. In all the party setups mentioned above, you're supposed to use Nilou's Whirling Steps stance of Elemental Skill, and that's where this team differs.

Usually, you'd see Bennett in a team where you're supposed to buff one character, but he's useless with Nilou because Bennett increases a character's ATK, but she scales on HP.

Zhongli is present in this team to protect Nilou while she deals damage with her Sword Dance stance of Elemental Skill, and Kazuha will decrease the enemy's Hydro RES as soon as his skills Swirl the element, increasing her DMG. Finally, Mona can buff Nilou with Hydro Resonance alongside the DMG increase from her Burst.

You won't have to pay a lot of attention to the rotation in this team, but here's what it'll look like:

When you use Nilou's Elemental Skill, you need to make sure to perform basic attacks instead of pressing the Skill over and over. This will allow you to get the Shadow Dance stance which is the main part of this party.