Sayu is one of the more versatile characters in Genshin Impact. She's cute, strong, and will help out considerably when she wants to. With the ability to either heal or be a DPS, it all depends on what you want to do with her and how you want to use her. Either way, having the right build is important.

The best setups will hone in on Sayu's skills, and allow her to thrive in whatever you need her to do. This is why it's so important to focus on providing her with the best weapons in Genshin Impact. They may be tough to get, but they are undeniably worth the effort. 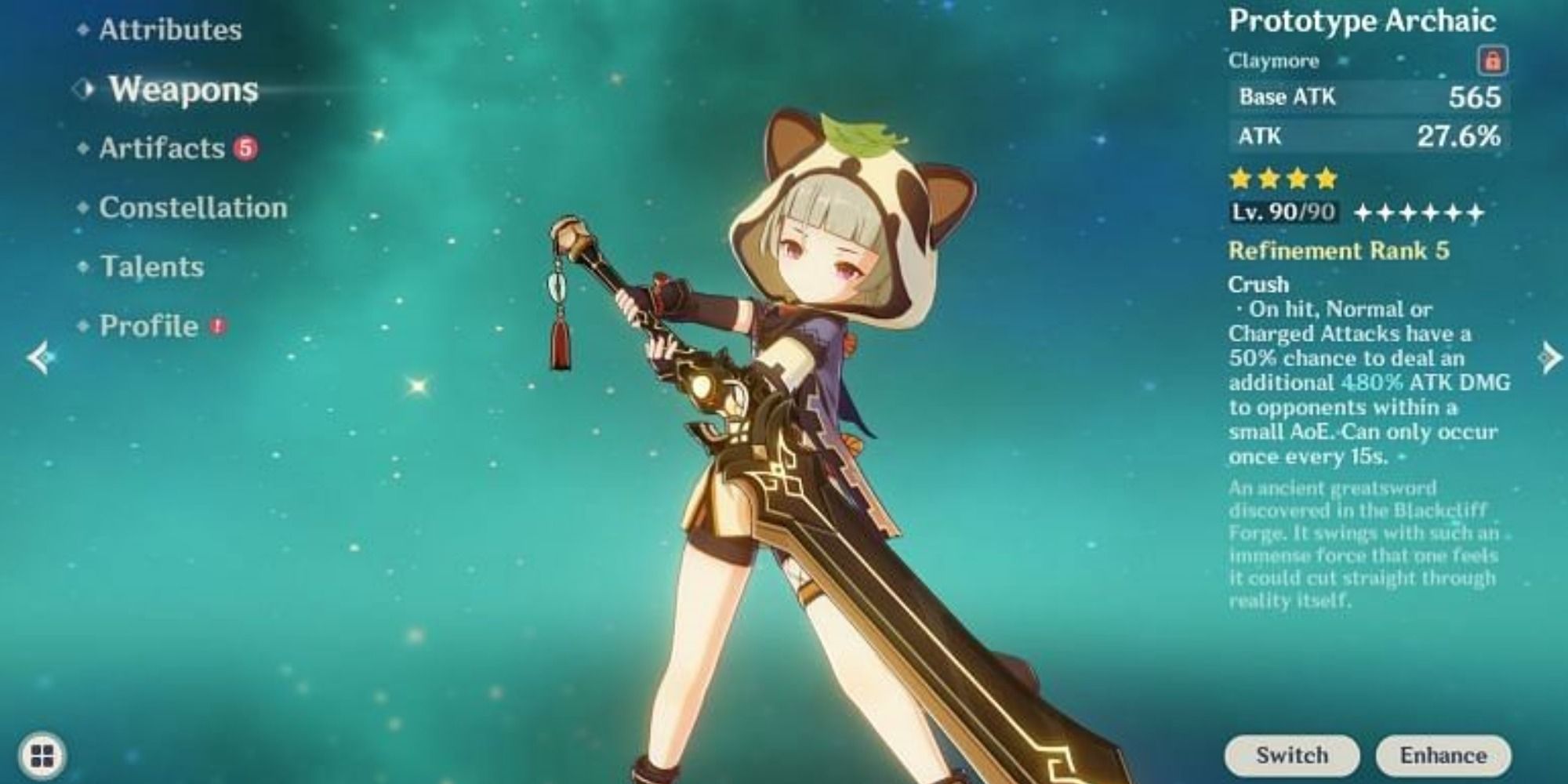 If you want Sayu to do impressive damage and hold her own in battle, then you need a weapon that will allow her to use the power and skill she's capable of. This is where the four-star claymore Prototype Archaic comes in.

This awesome-looking sword is one of the easier weapons to get hold of. It's often considered one of the best free-to-play choices within Genshin Impact. This is primarily due to the abilities and added power it grants you, such as a chance to deal 240 percent of her normal attack damage.

Not only does this occur with a 50 percent chance, but it deals the damage in a small AoE, something that can be incredibly useful when enemies start swarming. It can also happen every five seconds, meaning this can be a relatively regular element to your strategy. 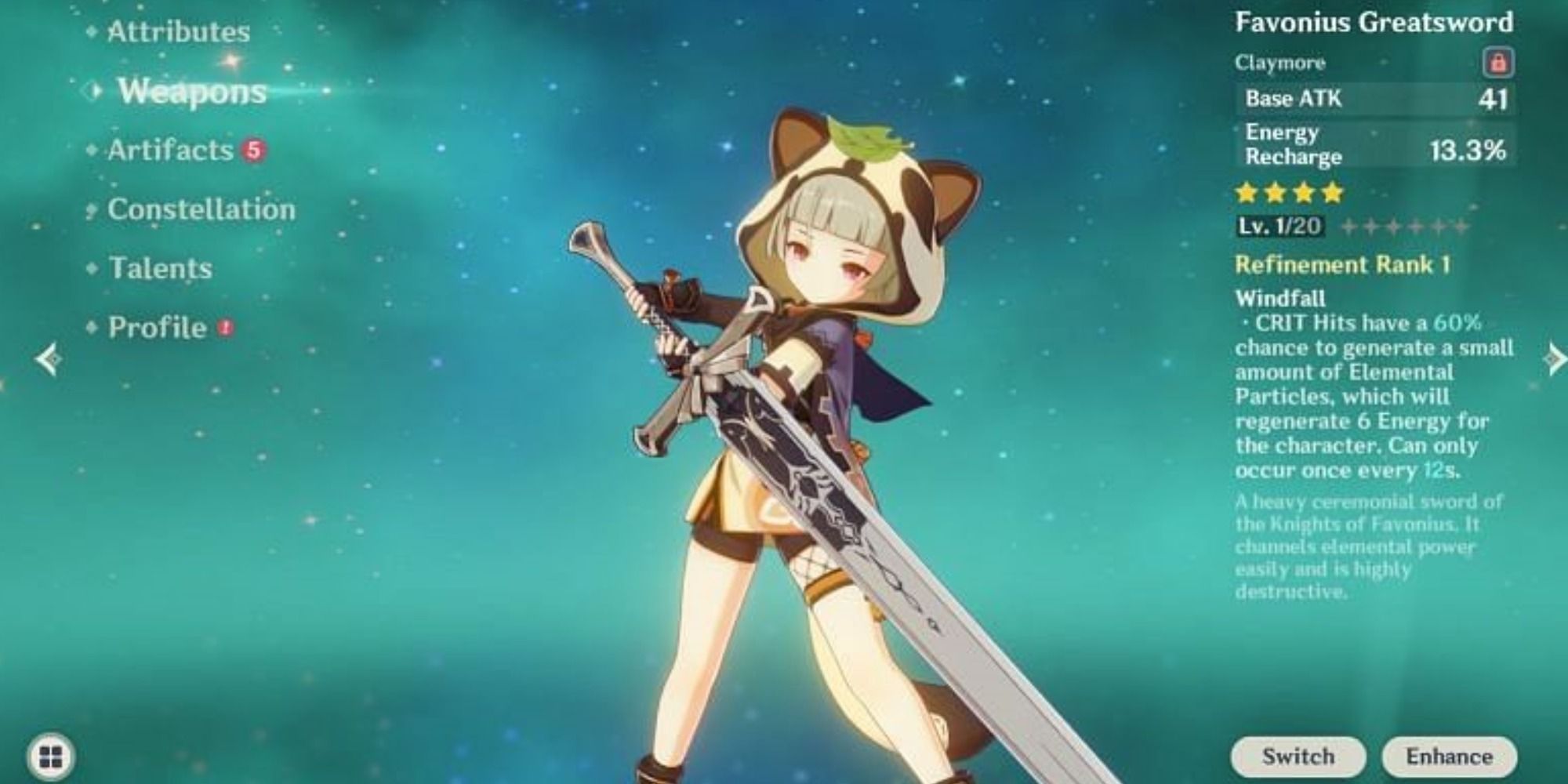 There's nothing more satisfying than landing a powerful crit on an enemy who was just about to defeat you. If this is something both you and Sayu love doing, then the Favonius Greatsword is an ideal choice. It's a powerful weapon that is perfect for characters with an affiliation for landing crits often, and those that just always seem to need a bit more energy — just like this adorably lazy character.

The Favonius Greatsword is a powerful weapon with high attack damage, and the ability to recharge energy for the wielder. The only issue is that it doesn't do this on every hit. When Sayu crits with this weapon, she has a 60 percent chance to regenerate energy. It may not be every hit, but it can prove to be a lifesaver. 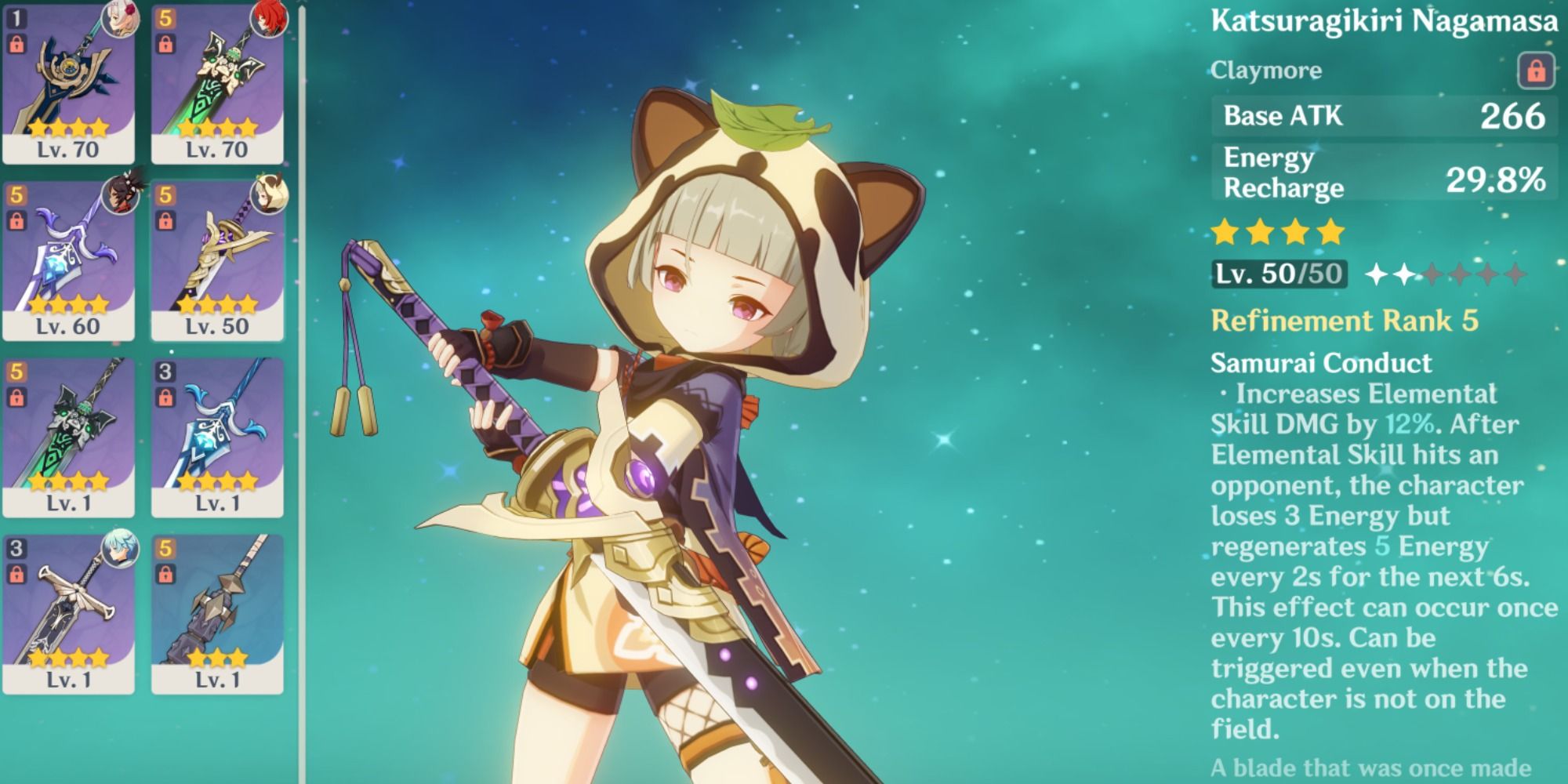 As one of the more recent additions to Genshin Impact, the Katsuragikiri Nagamasa claymore is a powerful four-star weapon that is one of the best non-five-star choices for Sayu. This is due to its power, passive ability, and elemental addition that just seems to be useful every time you use it.

Katsuragikiri Nagamasa has the Samurai Conduct passive ability, that increases Sayu's elemental damage by an impressive six percent. Unfortunately, after you hit the enemy with this elemental skill, Sayu loses three energy. Luckily, this will regenerate thanks to the passive granting you three energy every two seconds. This lasts six seconds, and can only be activated every ten seconds.

Many will take one look at the Luxurious Sea-Lord claymore and think it's a bit of a joke. After all, it's a huge fish. The answer is everyone, because who wouldn't want to add insult to injury after wiping out tons of enemies with a fish sword?

Silly or not, this weapon is surprisingly powerful and a great addition to a Sayu build. It works similarly to the Katsuragikiri Nagamasa, in the sense that it increases your elemental burst damage, only this time it's by 12 percent. Rather than losing or gaining energy, this ability triggers a tidal wave of tuna that deals 100 percent of Sayu's attack in an impressive AoE. It may only be able to occur every 15 seconds, but this weapon is a joy to use — both for its funny factor and its power.

When it comes to the two five-star options that are best for Sayu, it all depends on how you're completing the rest of the build. The focus will dictate the best weapon. Wolf's Gravestone is good for those who want to hone their elemental absorption skills. It increases attack by 20 percent, and works particularly well when the enemy has less than 30 percent of their health.

This serves to increase all the party's attacks by 40 percent for up to 12 seconds, perfect for fighting in a group. As for the elemental absorption, the power comes from the amount of damage you're doing, so an increase in attack damage is ideal. 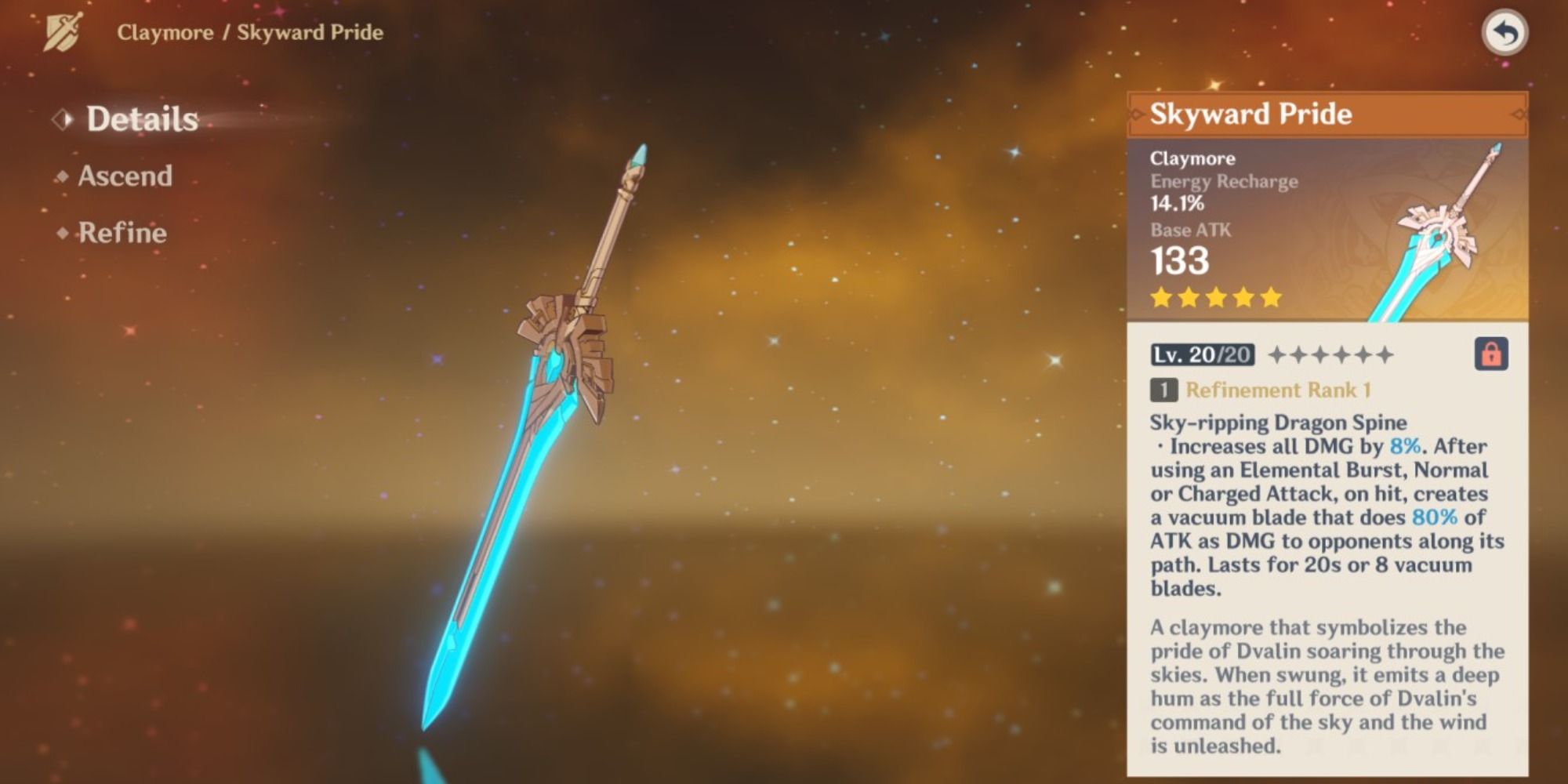 This is the perfect five-star weapon for those who want to focus on Sayu's burst, as well as damage. It has one of the best base attacks available, and an energy recharge of eight percent — which can be ideal for a character like Sayu.

On top of that is the increase in damage dealt by eight percent, and an AoE that can occur after using almost any attack. This AoE does up to 80 percent of your normal damage and lasts for an impressive 20 seconds, knocking down enemies in your way like they're nothing. It's strong, versatile, and powerful — perfect for a character as great as Sayu.