The final map of Genshin Impact is supposed to have seven regions, and the fourth one, Sumeru, was released in Version 3.0. It's the land with stark contrast since it contains rainforest on one end and desert on the other. Among such detail, some interesting phenomena are bound to arise.

Dreadful Withering is one such phenomenon occurring in the rainforest region of Sumeru. Whenever you enter a withered area, the entire color palette will go pale, signaling that you're in danger and you either need to clear the withering, or get away from it as soon as possible.

What Is Dreadful Withering? 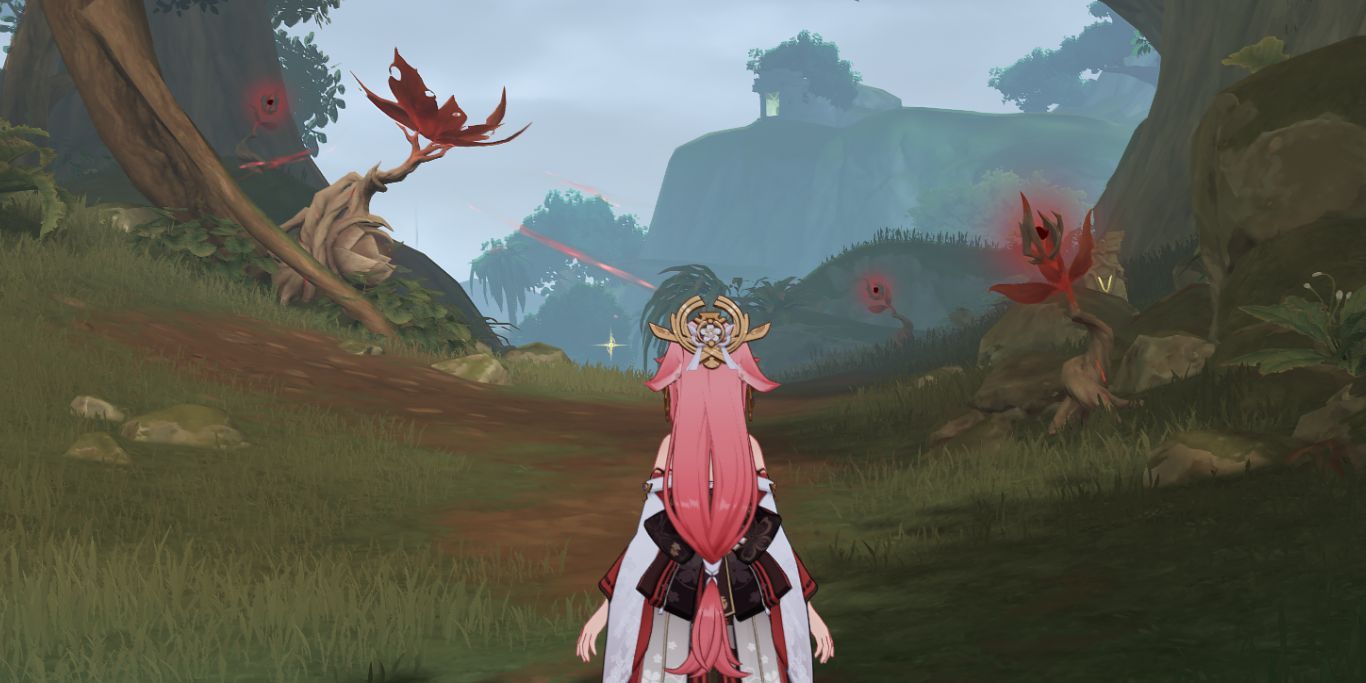 According to the lore, Dreadful Withering has existed in the world of Sumeru for a long time, and the reason for this is the illness caused to Irminsul. This is a tree present inside the ground in Sumeru that resonates with the power of the Dendro Archon.

For exploration purposes, you can consider this an extremely dangerous area that can even kill all of your party members at once. If you encounter this phenomenon, you'd want to clear it as fast as possible.

The Withering is usually symbolized by red plant-like structures in the area that look like corrosion.

How To Clear Dreadful Withering 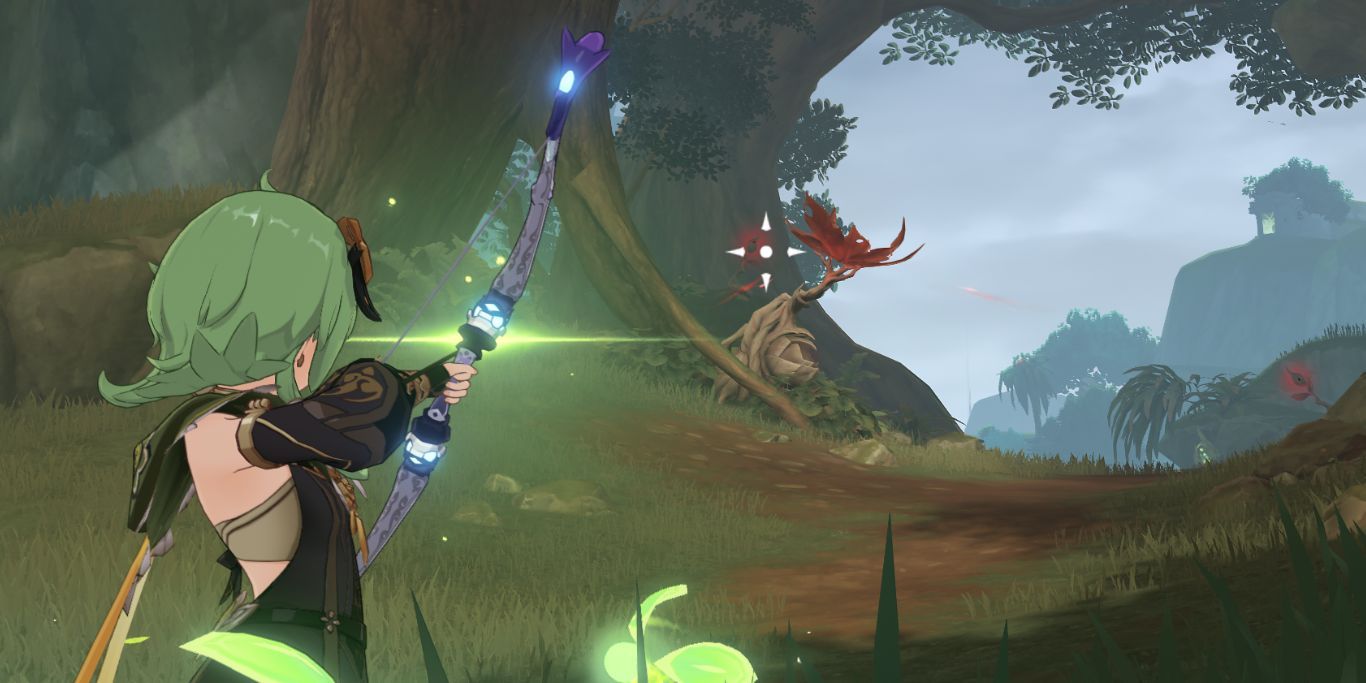 Upon finding Dreadful Withering, you will see two different types of red plant-like structures. There'll be small ones with glowing leaves, and there'll be a big plant where the tumor resides. The final goal is to get rid of the tumor to remove the withering.

The first step is to locate a Dendrograna. There will usually be one around the Withering as it's a necessity for clearing it. Interact with the Dendrograna to spawn three petals around your character, which you can use to attack the small red branches of the Withering.

It is required to hit the small branches with a charged shot for Dendrograna to work, so using a bow character is vital for this puzzle since you can simply charge the bow for a millisecond and shoot it. 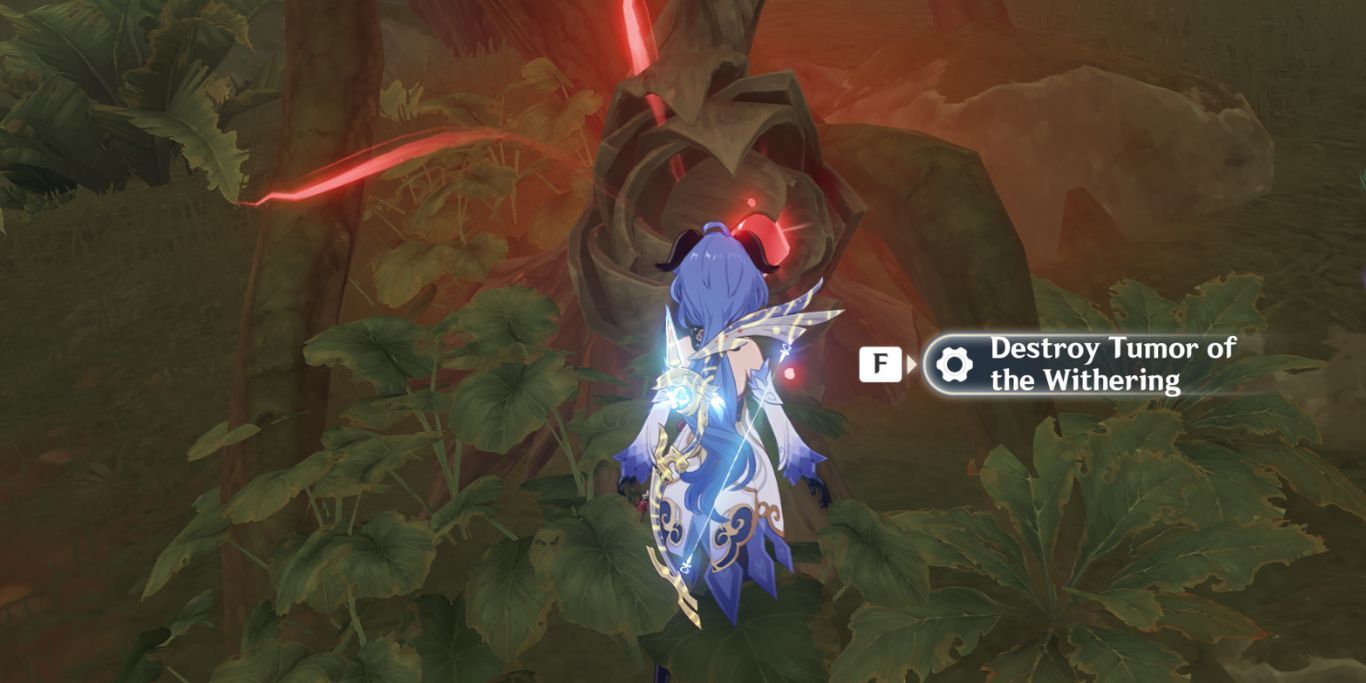 Removing a small red branch will cause it to shoot three red arrows at your character that deal a lot of damage if they hit your character. It is important to dodge these or use a shield.

Once all the branches are taken care of, a few buffed enemies will spawn. The buff can be removed by using Dendrograna or a Dendro skill on the enemy. Once you defeat these enemies, you can get close to the tumor and interact with it to destroy it and remove the Dreadful Withering.