If you've recently started playing Genshin Impact, you'll be overwhelmed with a giant open world waiting for you to explore. The best part about this game is that you can unlock most regions in Teyvat without having to progress in the main quest, but some of them are locked behind a lethal environment that can only be cleared after the quests.

Once you unlock any Statue of the Seven, the World Bosses around the highlighted area will appear on your map. Upon defeating these bosses, you can get different crystals and exclusive drops that are used to ascend different characters and make them stronger. 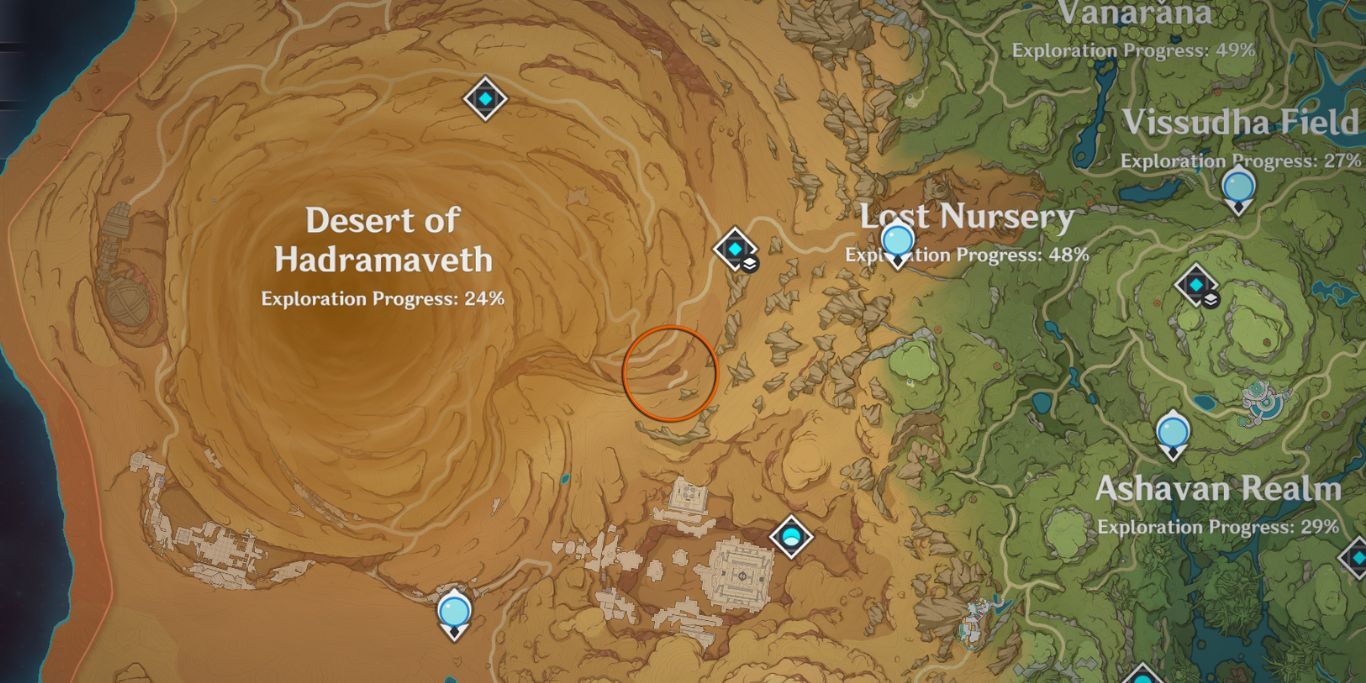 The major reason for the popularity of this World Boss is that Alhaitham requires his exclusive drops for ascension. The community was eagerly waiting for this character ever since the first appearance in Sumeru Archon Quests, but he wasn't released as a playable character until Version 3.4 alongside the Desert of Hadramaveth.

To find this boss, you'll have to go a long way if you're a new player. It can be found in the area mentioned above, which belongs to the Sumeru Desert. You have to unlock the Statue of the Seven in the middle of the Desert area to mark this boss on the map. You'll find it in the circled area in the picture above. 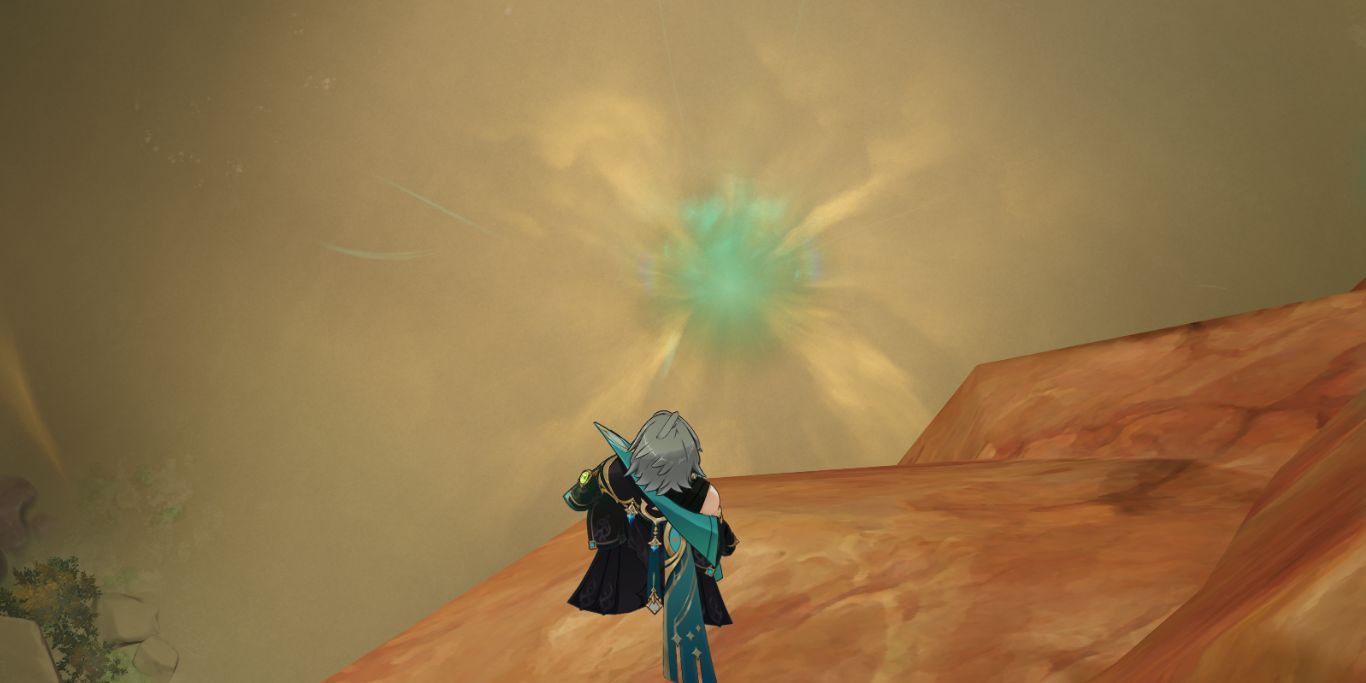 While it's easy to spot, it can be hard to get to the boss because Sumeru is filled with underground caves and tunnels. The first thing you need to do is unlock the Teleport Waypoint that is in the southeast part of the Desert of Hadramaveth. Once it's unlocked, you can jump down the giant hole right above Setekh Wenut's marker.

When you look down, you'll see a whirlwind of sand with a Blue-green mark in the middle. This is where Setekh Wenut resides, and the battle will start as soon as you get within a certain radius of it. So, make sure you have the correct party before jumping down. 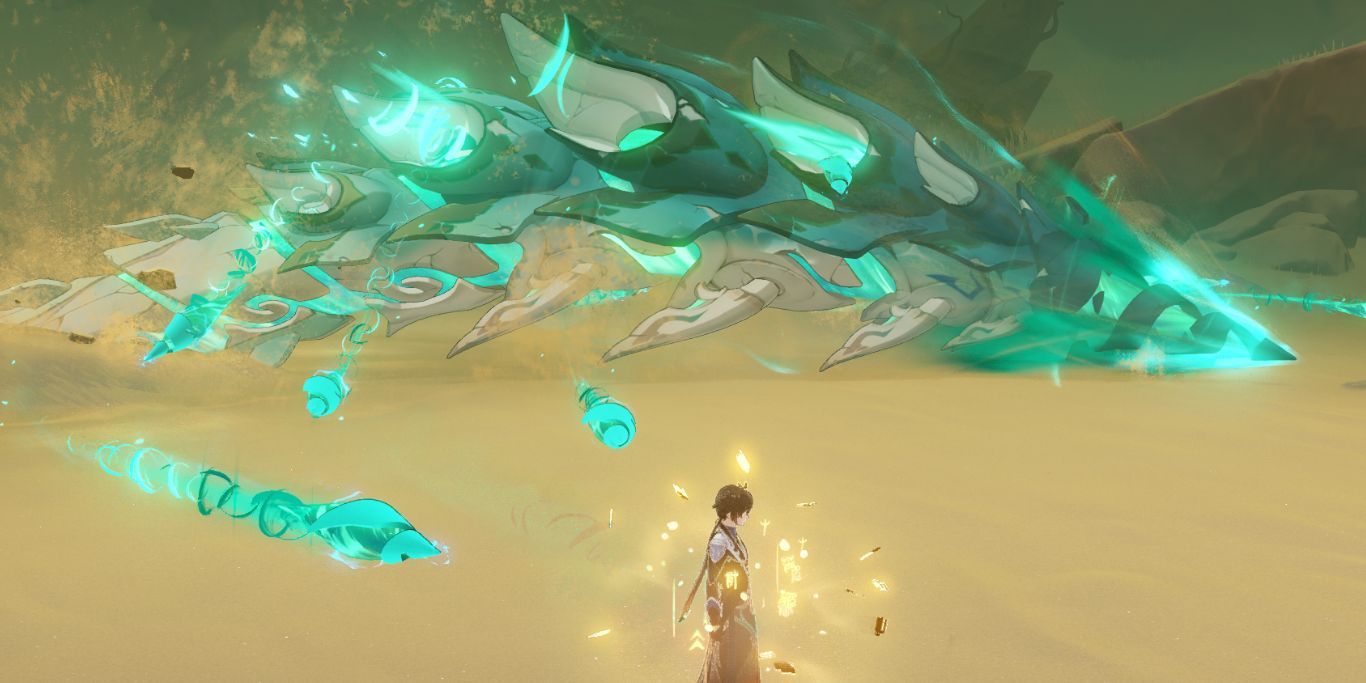 Much like all the other World Bosses, Setekh Wenut also has a ton of different attacks, but many of them aren't harmful. Here are all the attacks you can expect from this boss: 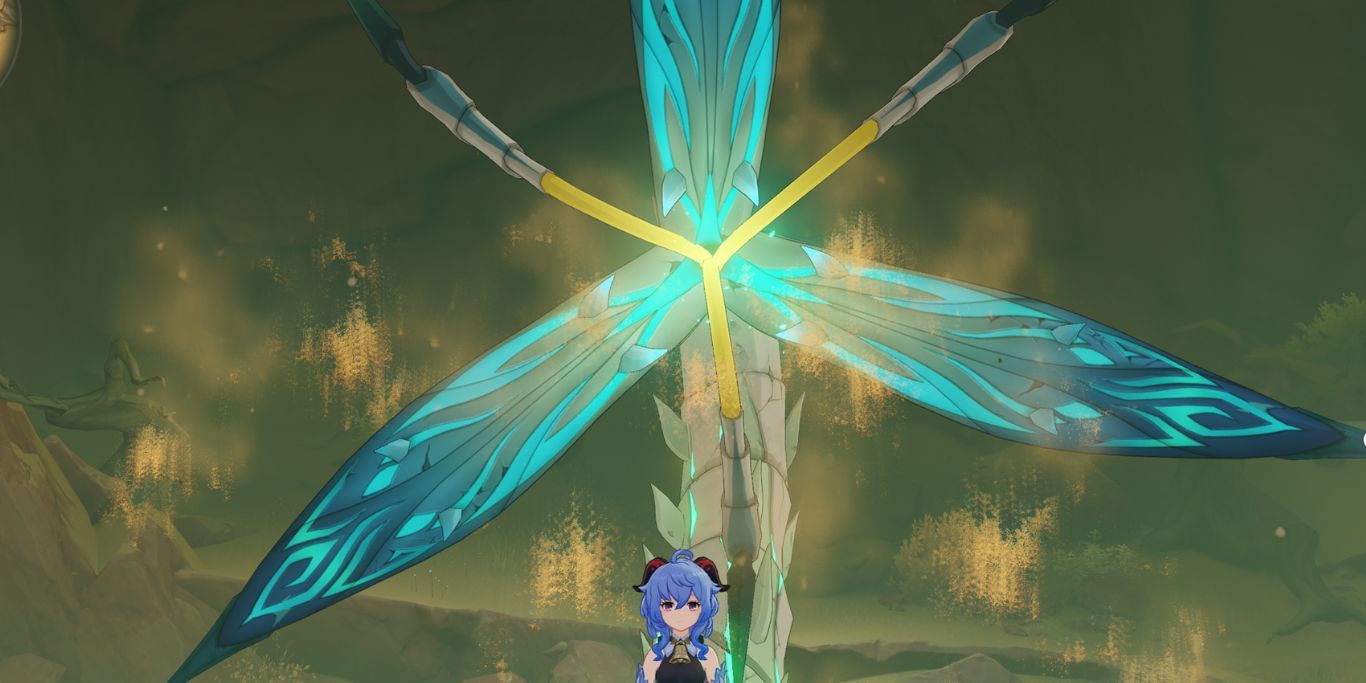 The developers of Genshin Impact love creating World Bosses that stall a lot. While Setekh Wenut is one of these stalling bosses, it's much better than its counterparts like Golden Wolflord or Ruin Serpent. This is because the boss gives a lot more chances for players to deal damage, and you won't have to stand still while waiting for the boss to show itself.

To defeat Setekh Wenut, you simply have to attack it whenever you can. The best chances to deal a ton of damage are during the Slither Attack and the Anemo Infused Attack. Although, you can also damage the boss during other attacks if you have a shielder like Zhongli in your team.

It's important to note that Setekh Wenut doesn't have an HP threshold. This means that you won't stop dealing damage to it after a certain point. So, players can easily one-shot this World Boss if the characters in their team are strong enough.

There is a special interaction with each World Boss in Genshin Impact, and it occurs during the Anemo Infused Attack for Setekh Wenut. When the boss comes out of the ground and starts flying in the air, it will also spawn multiple Anemo clouds around it. Players can attack these Anemo clouds or the boss itself using Pyro, Cryo, Hydro, or Electro element to trigger Swirl.

If you trigger two Swirl reactions during this time, the boss will lose the Infused State and fall to the ground, allowing you to attack it freely for a few seconds. Although, failing to trigger these reactions will cause an Anemo bullet to rain on the entire field, which is quite hard to dodge.

Upon defeating the boss, you can claim the rewards by spending 40 Original Resin, and you'll have a chance to get Pseudo-Stamens, Vayuda Turquoise crystals, Artifacts, Mora, and EXP.