Domains are a huge part of Genshin Impact and some more have been added in the Version 3.0 update, along with a brand-new region called Sumeru. The Jungle of Inverted Dreams is one such domain, and it's both hard to unlock and difficult to finish.

To unlock this domain, players are required to go through a rigorous puzzle to unlock an underwater Teleport and drain the water all the way. Upon entering the domain, you'll realize that there'll be less fighting and more scratching your head over the puzzles here.

How To Beat The Jungle Of Inverted Dreams 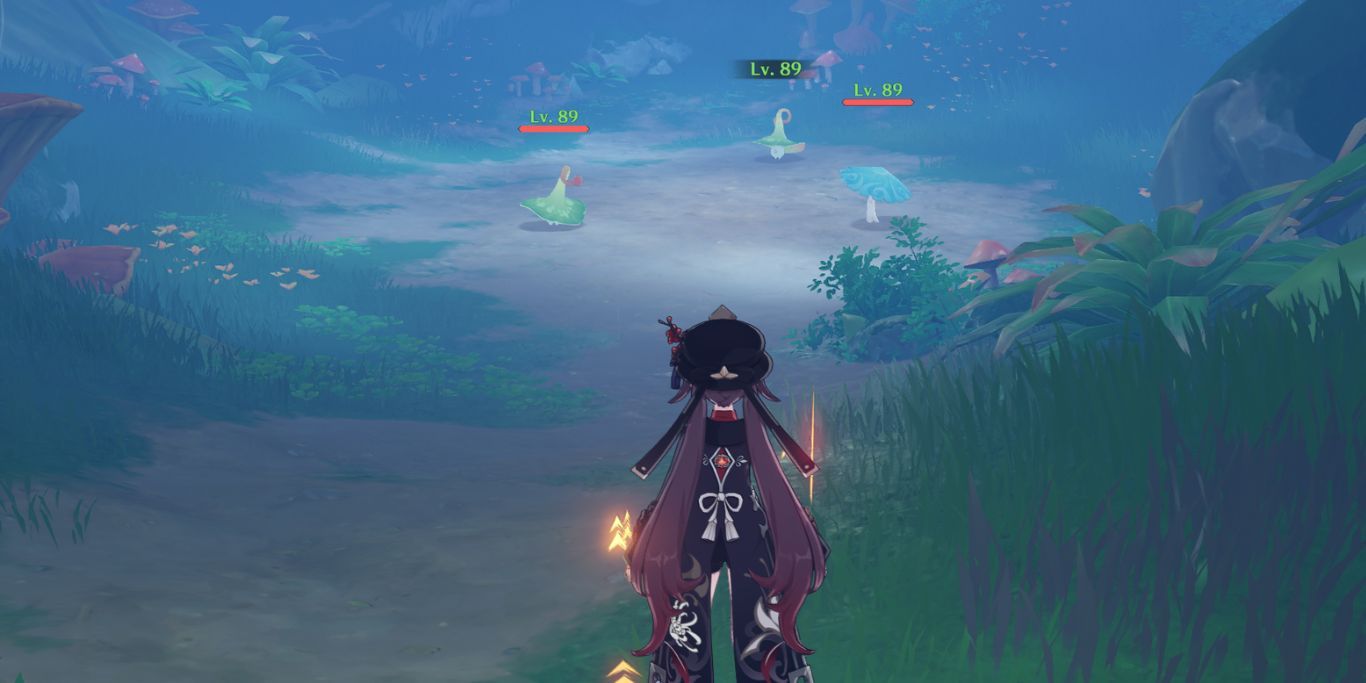 As soon as you enter the domain, you'll face four Fungi, which is an enemy exclusive to Sumeru. These enemies don't have a lot of health, but they can be bothersome because of their agility. The shielder will help you out a lot here to prevent damage.

Once you've defeated these enemies, move forward to find the path divided into two sections. Head over to the left part first, and you'll find a chest guarded by some more Fungi. Defeat the enemies and claim this chest to move forward. 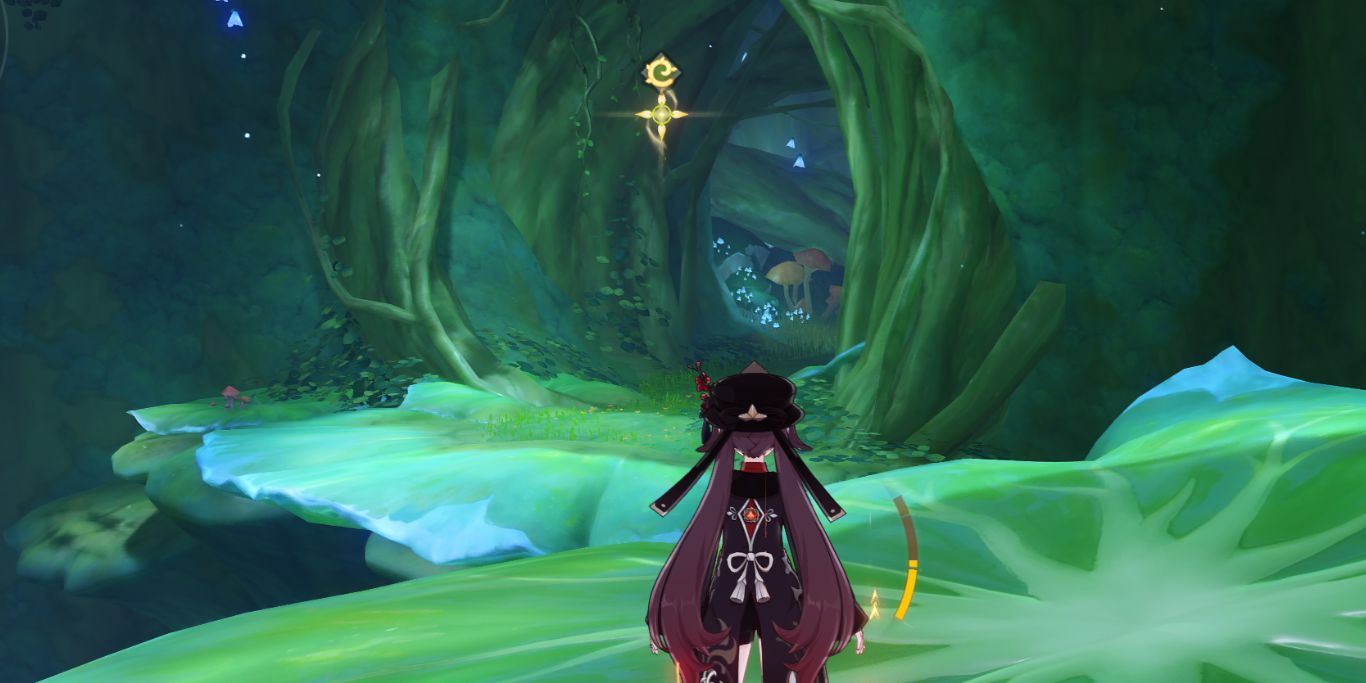 Head over to the right path then, and you'll see the place where the main part of this domain lies. The sight of this place might be overwhelming at first, but it's pretty straightforward if you follow it in the correct sequence.

First, turn towards the right as you enter this area, and you will see a grapple taking you to another cave. You will find another chest guarded by some Fungi here that is yours for the taking. After claiming the chest, head over to the first platform and use the mushroom to jump high. 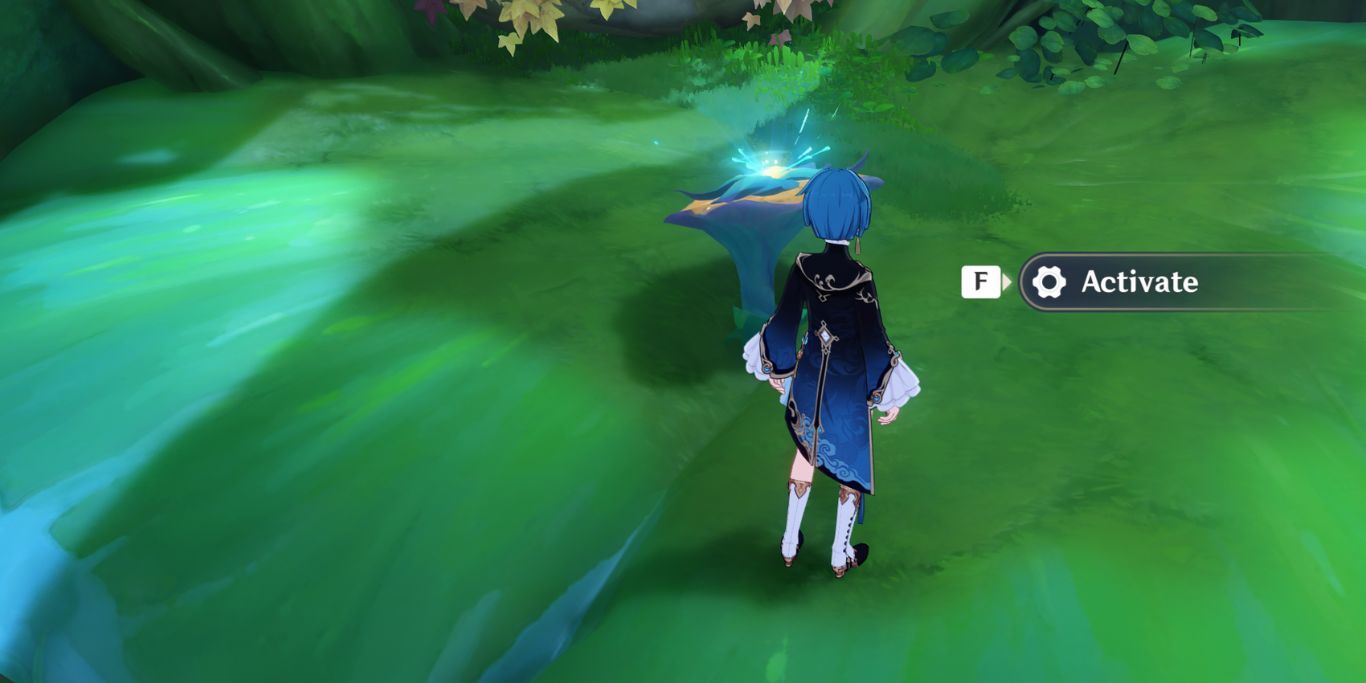 You'll notice that there's a flower-like mechanism in the middle of the platform where you've jumped to. Get close to this and activate it to form a bridge from the platform in the middle to the other side. Once this is done, head back down to the first platform. 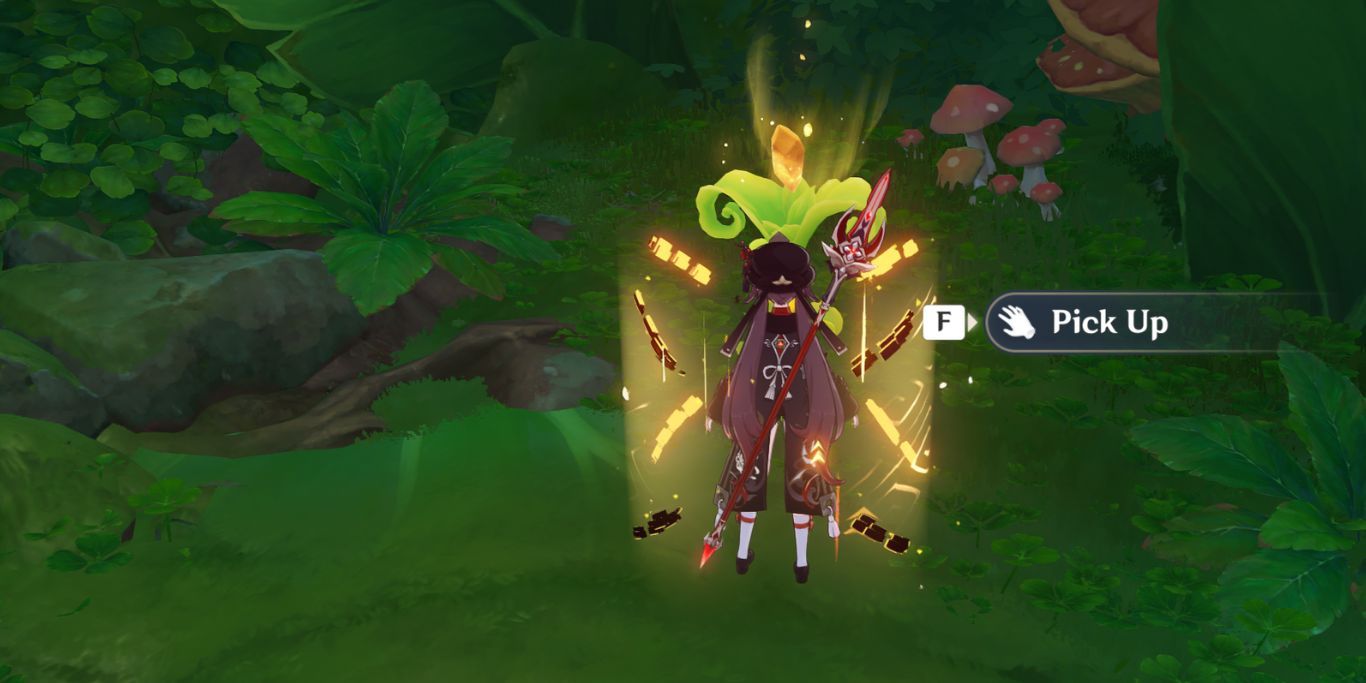 From this one, you'll see another cave on the left side where you'll see a white spherical aura guarding a golden crystal. Use the jumping mushrooms to get to this cave. Here, you'll have to defeat three more Fungi to unlock the golden crystal, which you can then claim, marking the first out of three.

After claiming the first crystal, you need to head back out and jump straight down to the middle of the domain. Here, you'll find a Ruin Drake that will wake up upon your arrival. These machines are exclusive to Sumeru, and they can be hard to deal with.

Ruin Drakes can release a torrent and increase their own elemental resistance to the element that does damage to them. Periodically, just like other ruin machines, they will expose a weak spot which you can hit to remove the increased resistance and disable them for a bit.

Upon defeating the Drake, the second golden crystal will be in your hands and another puzzle will spawn at the location. This is where you'll be happy that you brought a bow character. 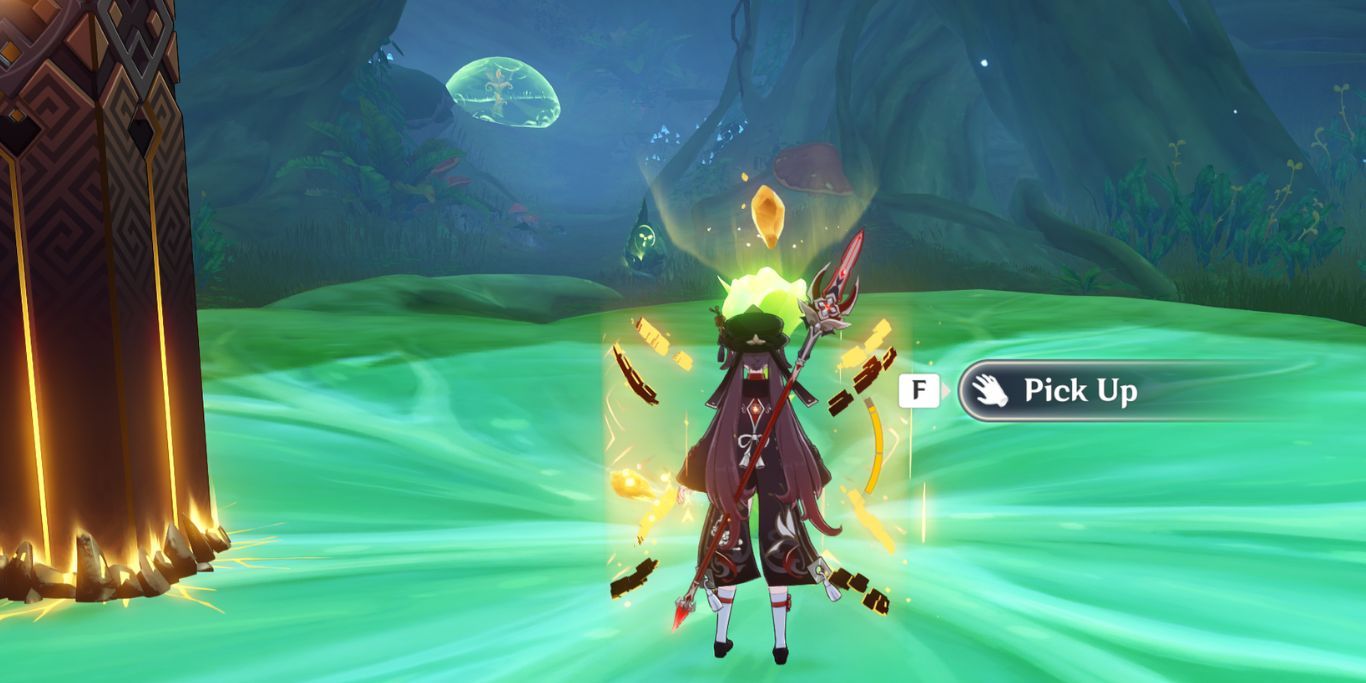 For the new puzzle, you'll have to claim the Dendrograna and hit the circular ring with a charged attack. The reason why bows are good for this is that you can simply charge it for a millisecond, and it counts as a charged attack.

Once you hit the ring, it'll move to a new location where you'll have to hit it again. Do this a bunch of times until it reaches on top of another white barrier. Hitting the circle here will remove the barrier and open the third and final crystal for you. 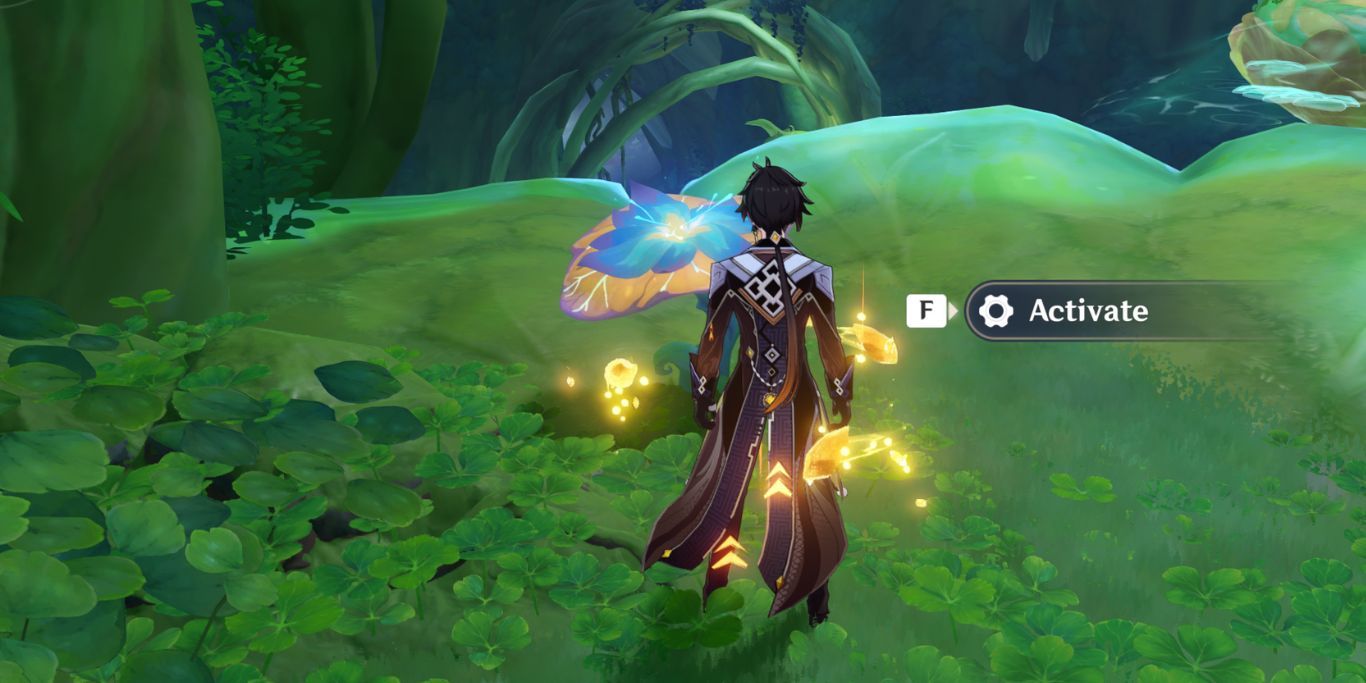 Head back out to the middle of the domain, and you'll find a jumping mushroom on your right. Connect three of these mushrooms and use a grapple at the end to get to the platform with another activation mechanism. This is directly in front of the first one you activated initially.

Once you activate this mechanism, you'll see another bridge spawning above you connecting a platform to something in the middle of nowhere. The final step of this puzzle is to use the previously formed bridge to get to the platform in the middle, which is actually an elevator. 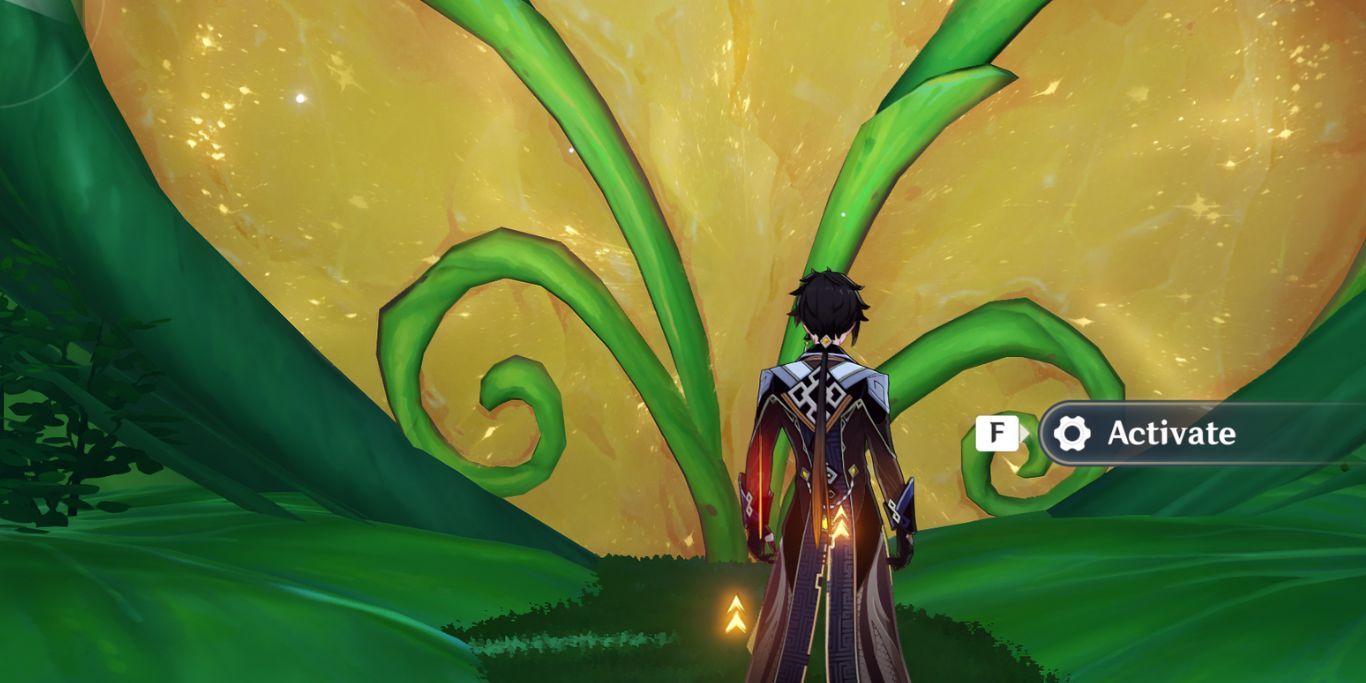 This will take you to the main door where you can put in the three golden crystals and activate it. Once you've opened the door, you can head over to the final chamber in this domain.

In this chamber, you'll face off against a Ruin Drake: Earthguard and Ruin Drake: Skywatch. This is another instance where a shielder will benefit you a lot since these enemies deal quite a lot of AoE damage that is hard to avoid.

Use their weak points to disable them and defeat the drakes to spawn a Precious Chest. This will contain all the domain rewards, and a portal for you to exit will also open.