Like most open world games these days, Genshin Impact sets you free in a vast landscape brimming with allies, enemies, and activities. As you travel between all the different quests available to you, you're bound to encounter all kinds of collectible resources that you can pick up.

Picking up everything in sight is practically a hallmark of gaming adventures at this point, and this is no less true in Genshin Impact. Many of the materials you find are essential for crafting new recipes or powering up your characters, so this guide will help you get started by telling you the best places to find Liyue's Local Specialties.

What Are The Liyue Specialties? 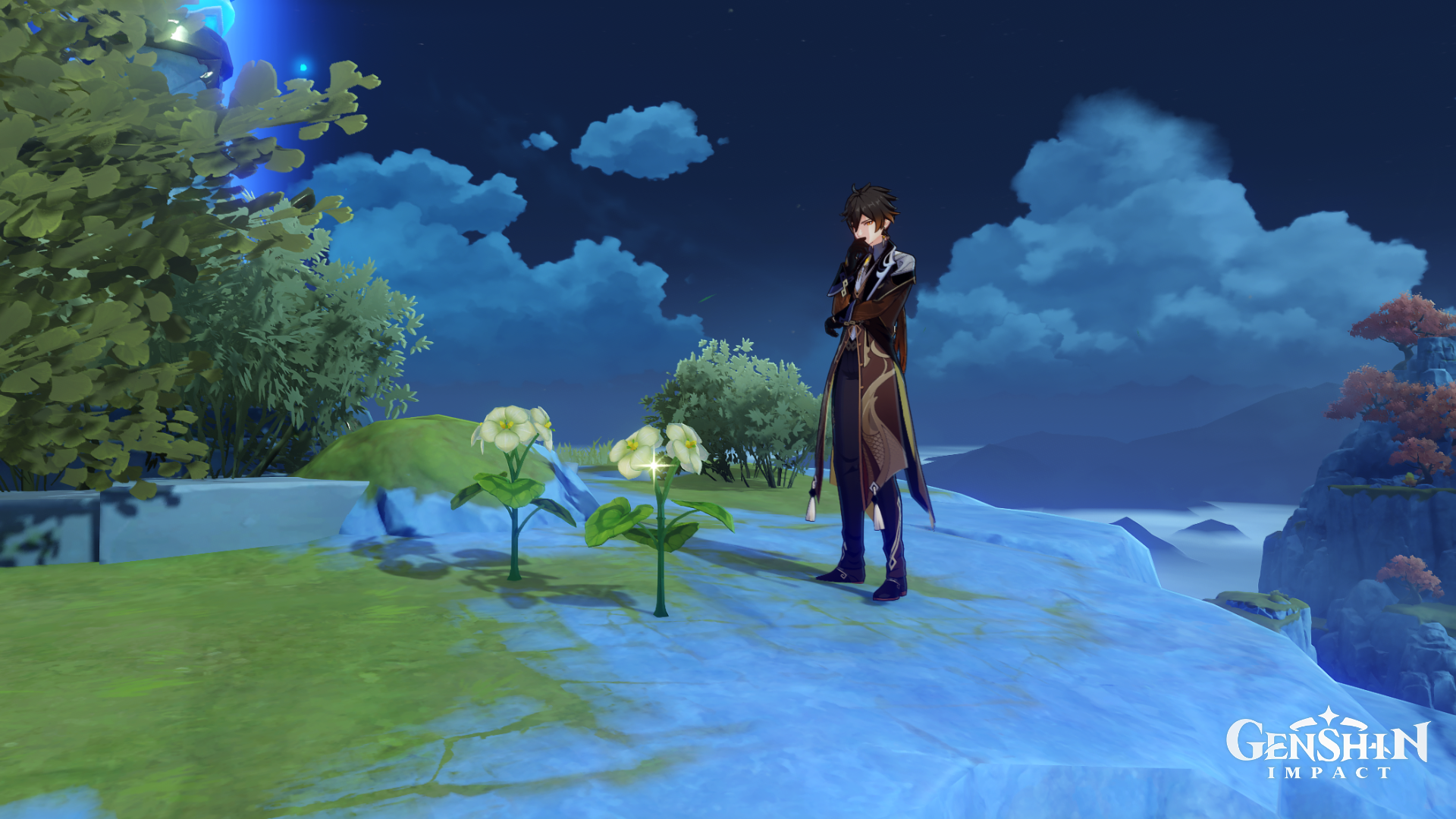 There are eight total items categorized as Liyue Local Specialties. Five of them are plants, two are special ores, and the last one is a lovely seashell.

The Liyue Local Specialties are utilized in various crafting and cooking recipes, but they are most desired for their use in character ascension. All characters that call Liyue their home will use one of these materials in order to ascend, which means that collecting the Liyue Specialties is extremely beneficial to building a strong team.

Where Can I Find Liyue Specialties?

Liyue's Local Specialties are scattered all throughout the China-inspired region, but we'll cover a few places that will maximize your farming efficiency.

Yanfei and Qiqi have Passive Talents that will display Liyue Local Specialties on the mini-map when they're in your party. If you have either of them on your roster, bring them along to find these materials more easily. 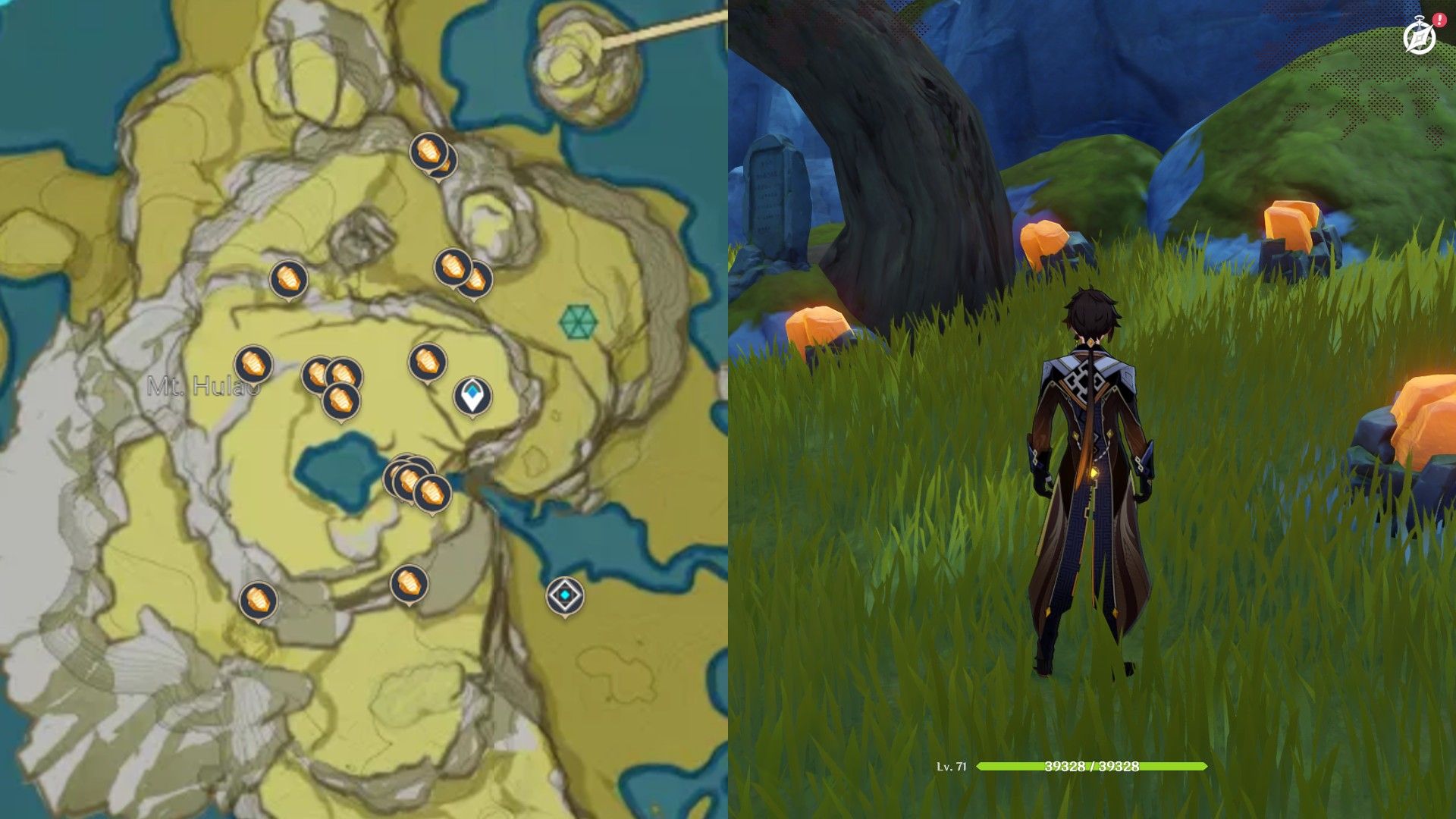 Cor Lapis can be found on rock faces and under cliffs all around Liyue, but one of the highest concentrations of Cor Lapis is located on Mt. Hulao. Since this is an ore, remember to bring a Geo character or a claymore user to harvest it.

Cor Lapis can also be purchased from an NPC in Liyue Harbor named Changshun. She runs a stall along the main street where she will sell you up to five Cor Lapis every three days.

This gemstone is currently used to ascend Chongyun, Keqing, and Zhongli. 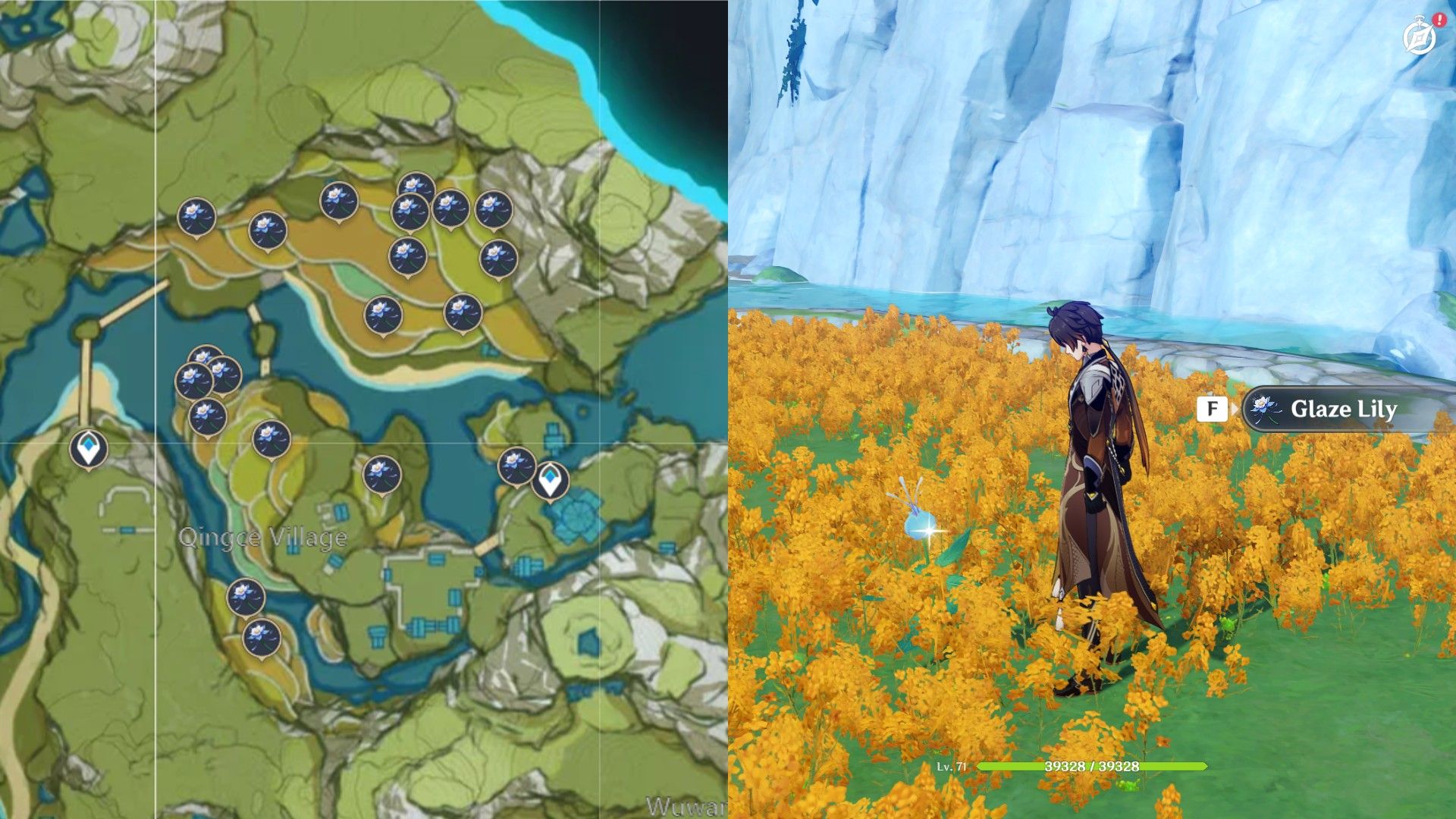 Glaze Lilies are blue and white flowers that grow exclusively in Qingce Village and on the upper banks of Liyue Harbor.

You can also purchase Glaze Lilies from Ms. Bai, an NPC in Qingce Village, but each one will cost you a whopping 50,000 Mora. You're probably better off using that money elsewhere.

Glaze Lily can be used to ascend Ningguang and Yun Jin.

Glaze Lilies can be grown in the Serenitea Pot, along with Jueyun Chilies, Qingxin, Silk Flowers, and Violetgrass. If you have a green thumb, you can gather more of these resources in no time. 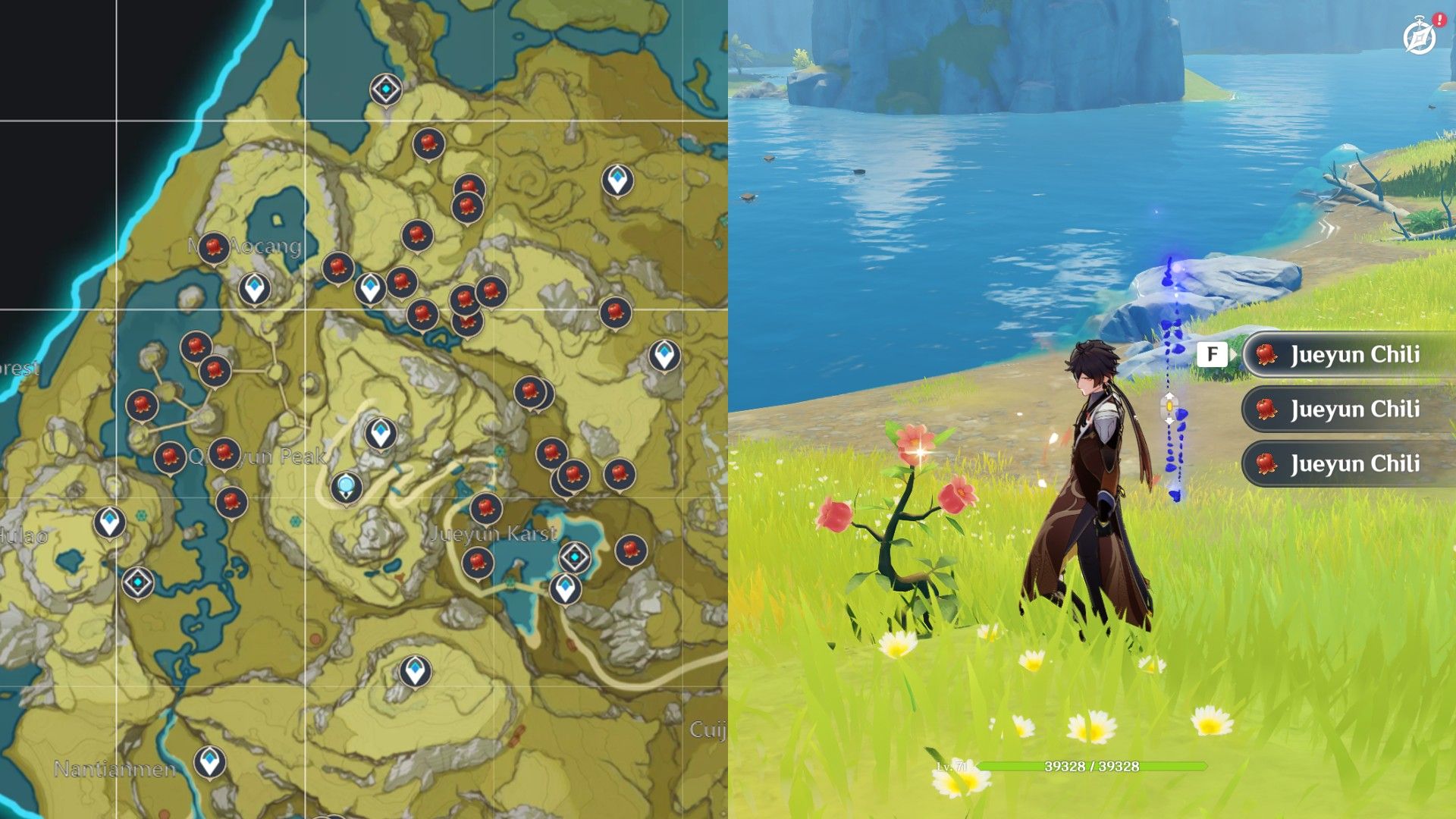 The best place to find this spicy ingredient is the Milin area of western Liyue. They mostly grow in the lower parts of the landscape, and you should be able to harvest a few Jueyun Chilies from each plant.

Fittingly, Jueyun Chilies are used by Xiangling for ascension. 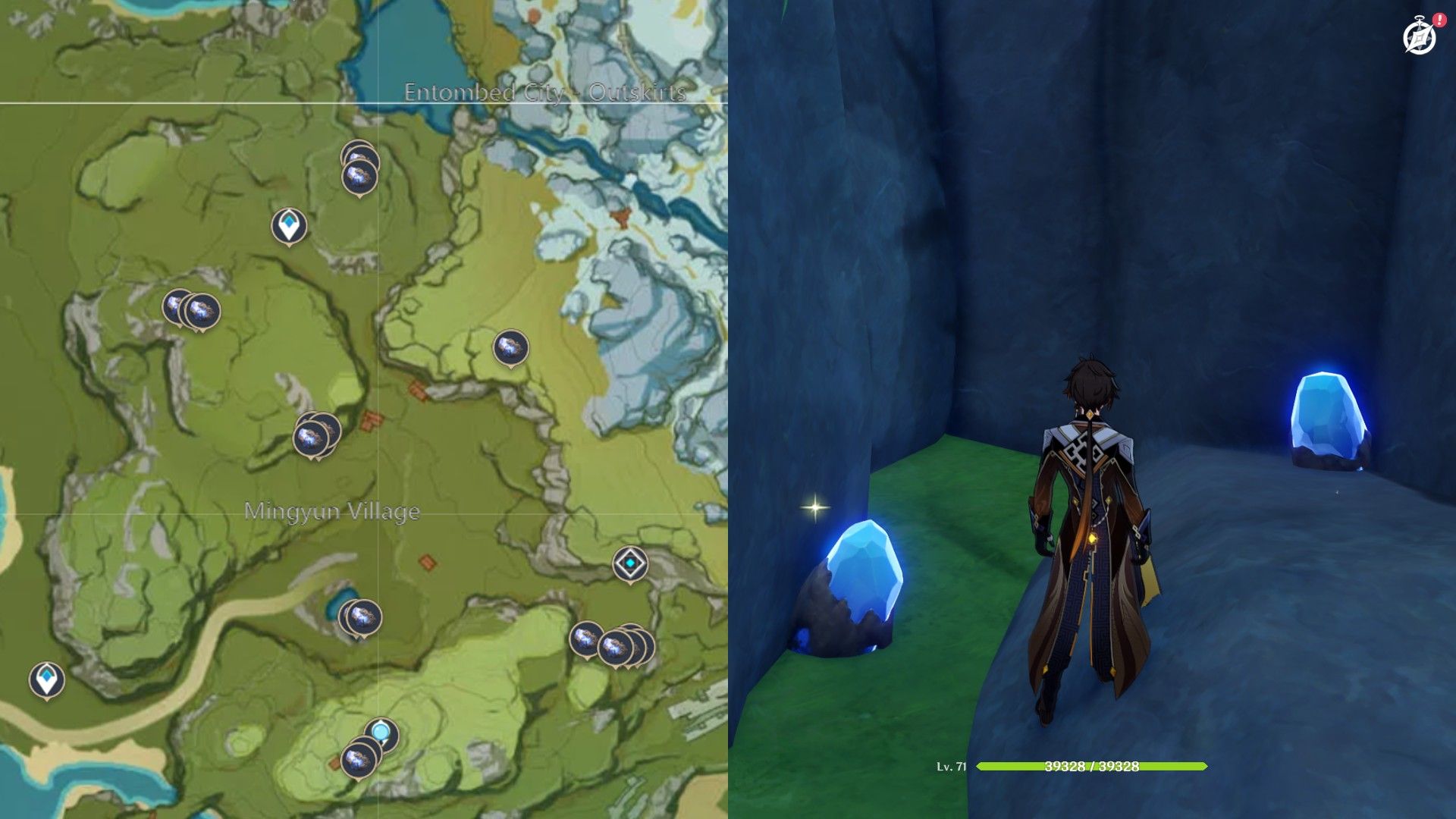 This gemstone is usually tucked away in rocky caves and crevices, primarily around Mingyun Village and the new Chasm: Underground Mines area. This is another ore-type resource, so put someone in your party who can mine it easily.

Shitou, an NPC who runs a stall in southern Liyue Harbor, will also sell you Noctilucous Jade at a limited quantity.

Beidou and Yanfei both require Noctilucous Jade for their ascensions. 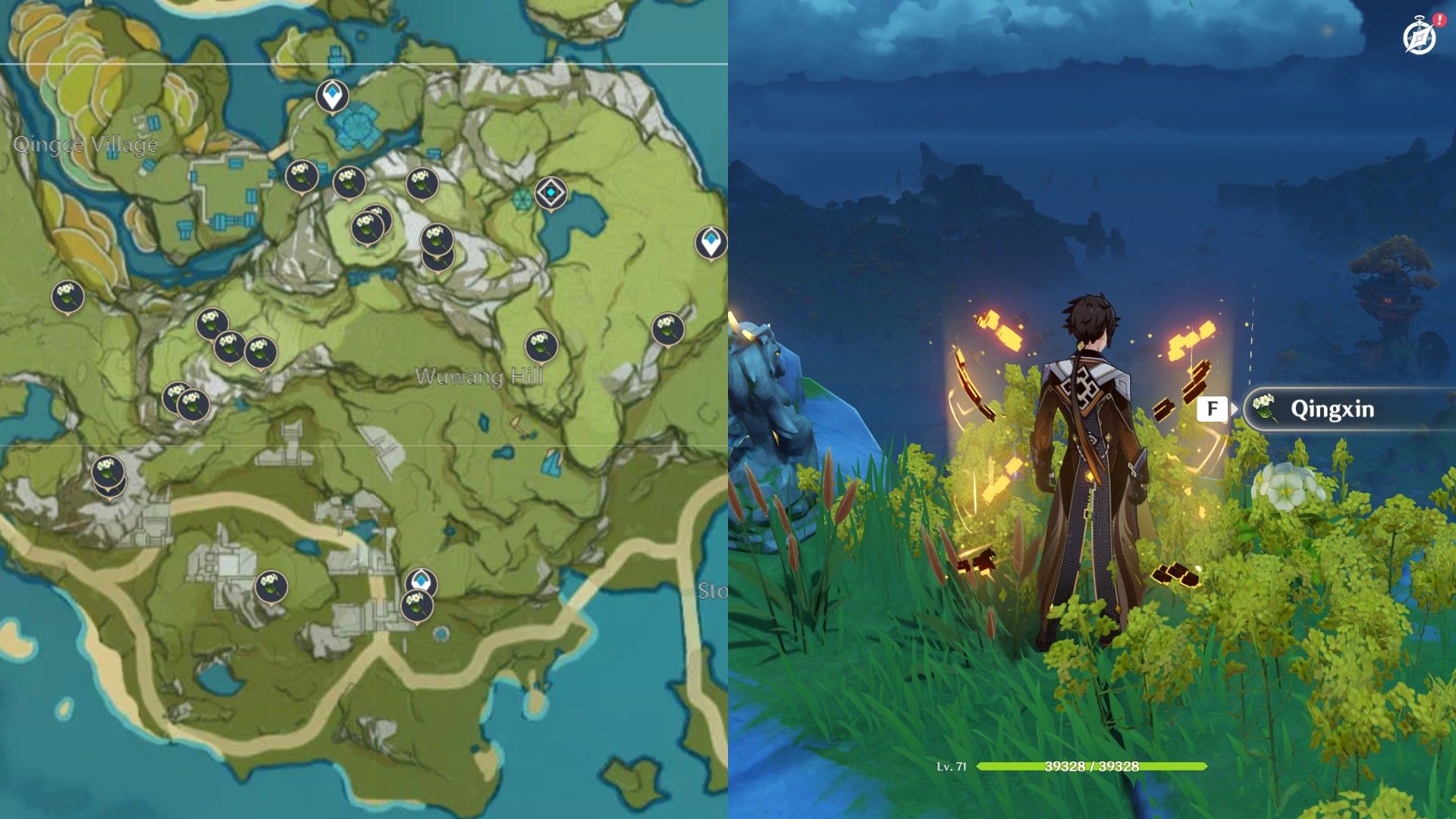 Qingxin is a white flower that grows all over Liyue, particularly on the peaks of mountains. It grows most densely on Wuwang Hill.

A limited supply of Qingxin can also be purchased from the Bubu Pharmacy in northern Liyue Harbor.

Ganyu, Shenhe, and Xiao all use Qingxin flowers to ascend, making it the unofficial favorite plant of the adepti. 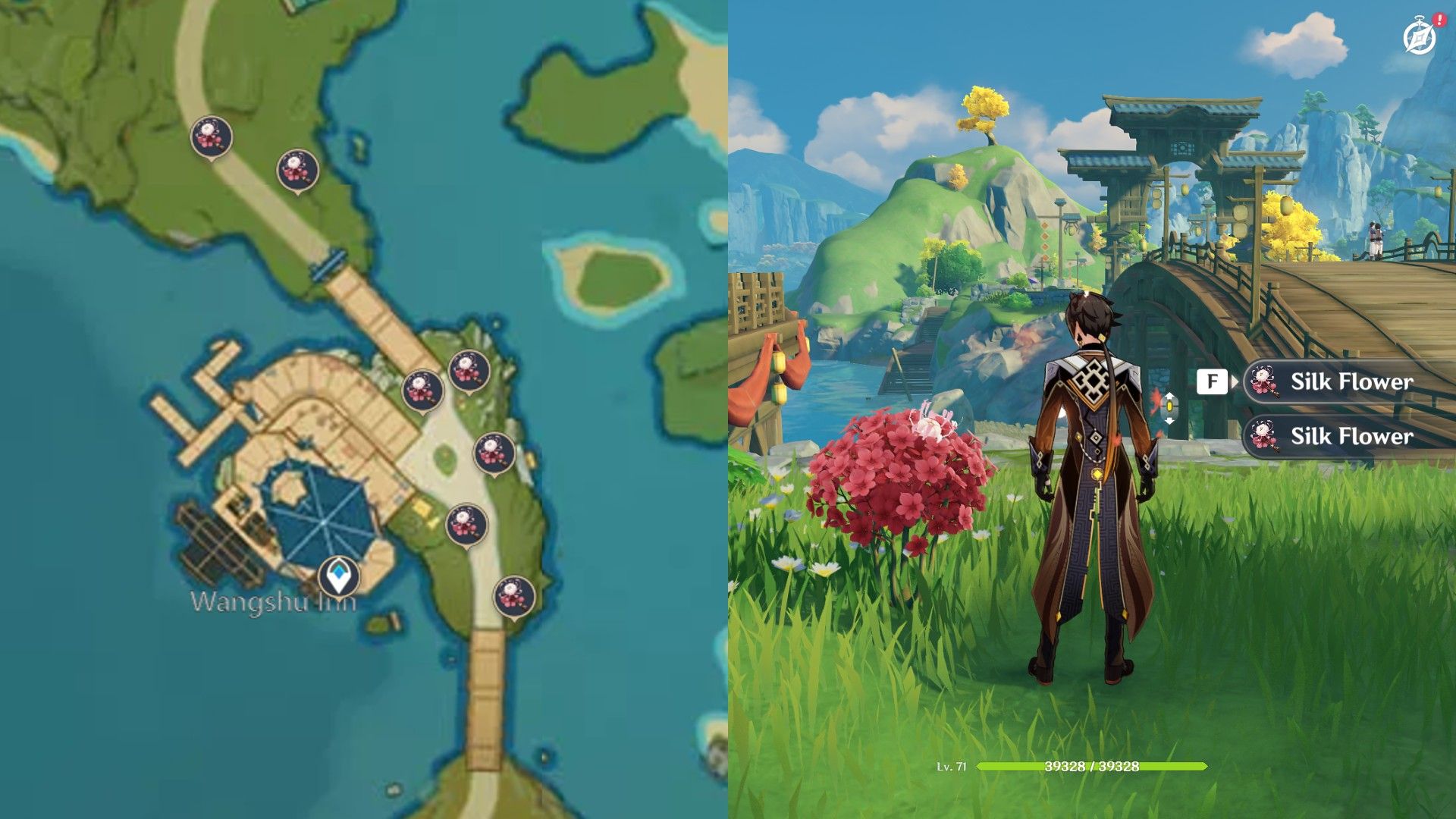 Silk Flowers grow on bushes that can be found around Wangshu Inn and on the upper areas of Liyue Harbor.

Ms. Bai will sell Silk Flowers to you at a much more reasonable rate than Glaze Lilies, and you can also buy them from Verr Goldet, owner of Wanshu Inn.

Silk Flowers are required by Hu Tao and Xingqiu in order to ascend. 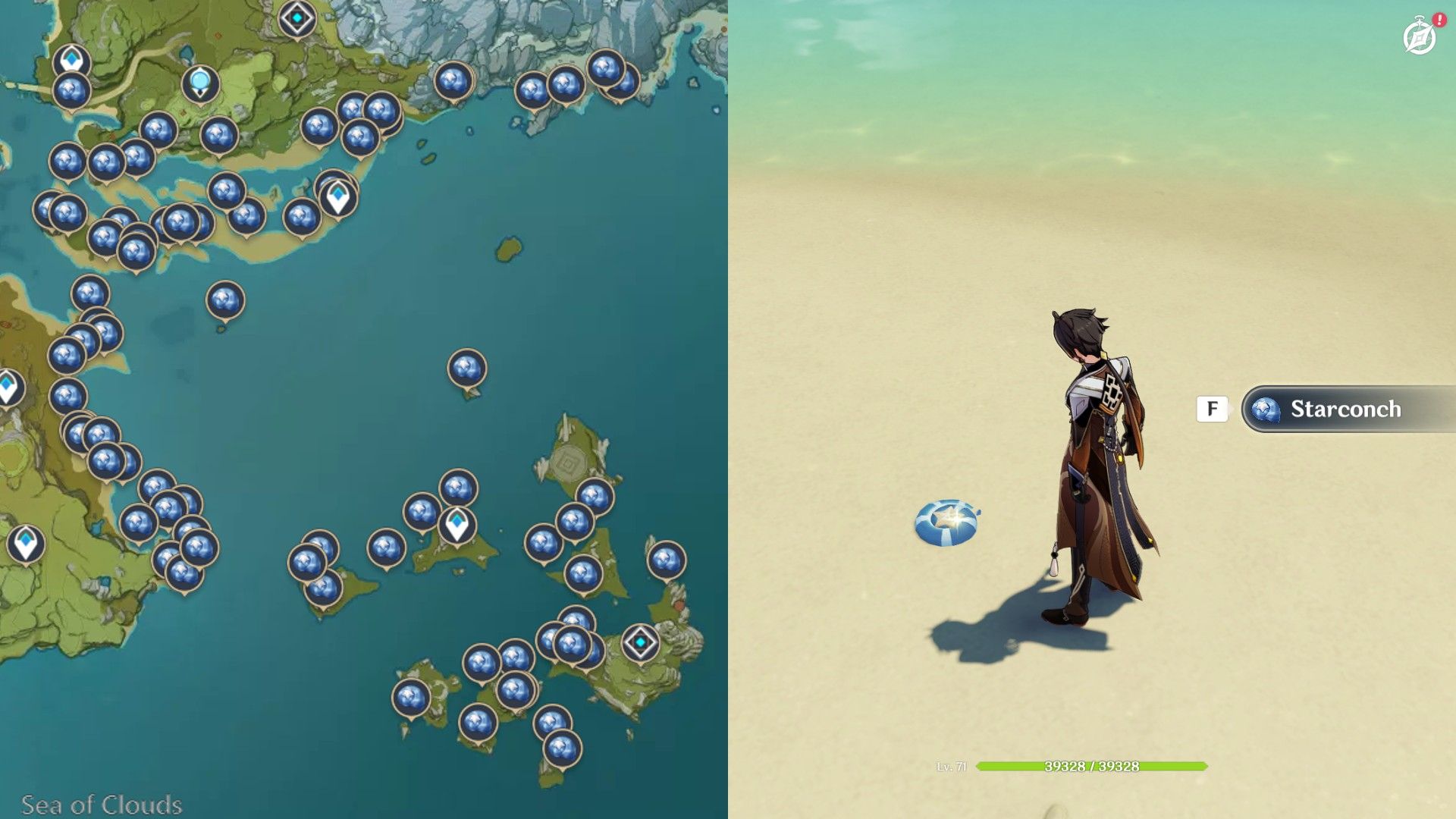 Starconches can be picked up along the beaches of Liyue. They're quite numerous, and a good farming route is to follow the coastline down from Yaoguang Shoal to Guyun Stone Forest.

Bolai, a shop owner near Liyue Harbor's docks, will also sell you up to five Starconches every three days.

Starconches are currently only used by Tartaglia (Childe) for ascension, but it is extremely likely that Yelan will use them too. 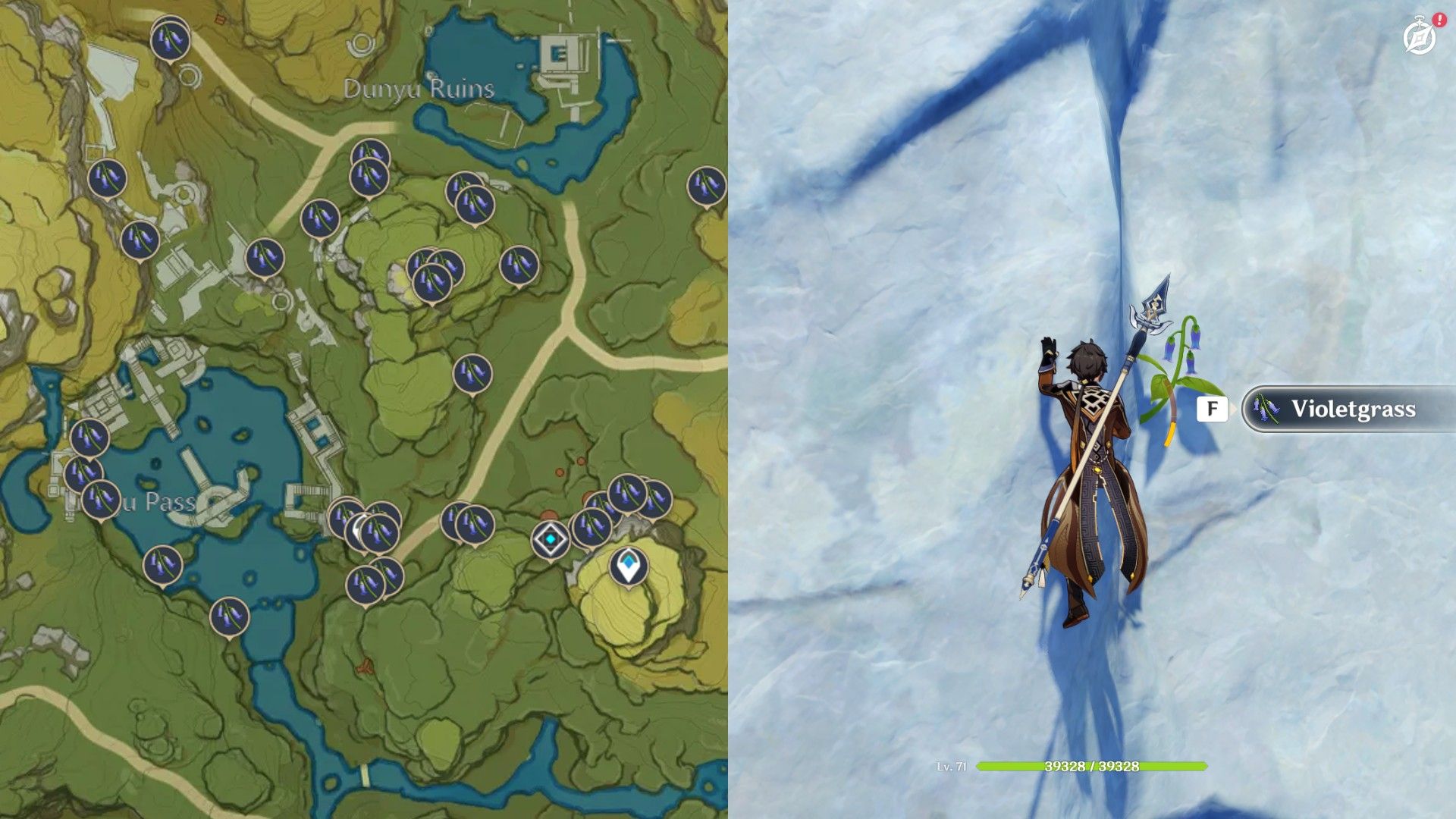 Violetgrass will grow on pretty much any cliffside, meaning it is extremely abundant across almost all of Liyue. Despite its abundance, though, Violetgrass can be a pain to acquire since gathering it involves so much climbing. Try the Chasm, Lisha, and Mingyun Village areas for more accessible Violetgrass.

If you don't feel like scaling cliffs for this Liyue Specialty, it can be purchased from both Bubu Pharmacy and Verr Goldet at Wangshu Inn.

If you want to ascend Qiqi or Xinyan, you'll need to collect some Violetgrass.