GitHub has officially opened video uploads five months after launching the feature in beta and now allows all developers to include .mp4 or .mov files directly in pull requests, discussions, issues, comments, and more.

Video uploads are designed to help developers visually demonstrate to project maintainers the steps they went through when they encountered a bug, for example, or illustrate what a major new code change achieves in terms of functionality.

So rather than having to follow detailed step-by-step textual instructions that may be ambiguous or unclear, the next person to come along can now see exactly what’s happening at the other end. This could also be used in conjunction with a voice track, with a narrator explaining the on-screen actions. 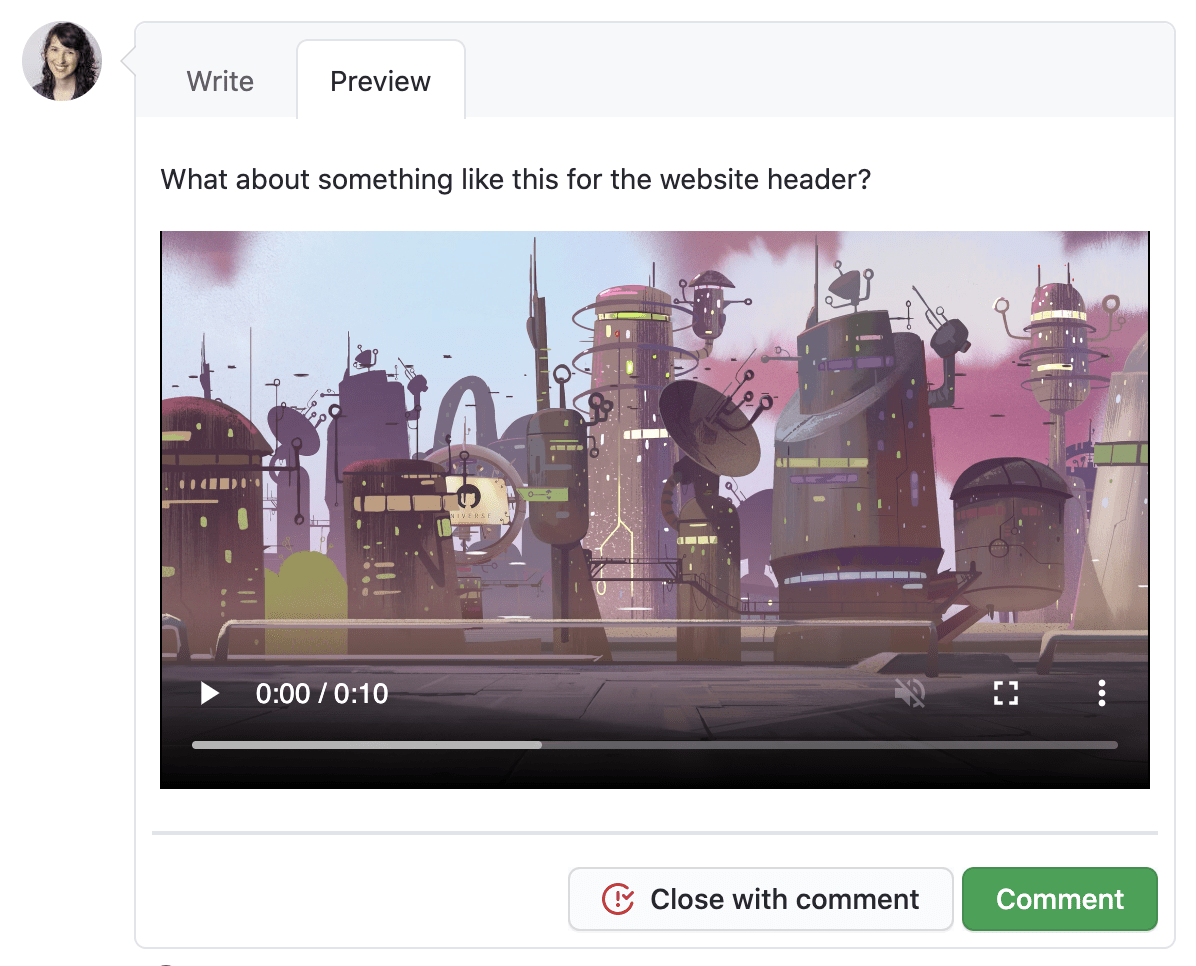 Above: Video in GitHub

It’s worth noting that with this launch, GitHub also now fully supports video uploads from within its mobile app.

Above: Uploading video to GitHub via mobile app

Native video upload support helps bypass the cumbersome alternative of recording and uploading a video to a third-party platform and then sharing a link. On that note, GitHub doesn’t yet support video unfurling from shared links, but the company said it’s working on this feature, alongside enabling video annotations for specific pieces of code.

As the world has had to rapidly adapt to remote work and collaboration, learning to embrace asynchronous communication is one of the factors essential to distributed teams’ success, and recorded video could play a big part in enabling this process.