I miss having a cute but annoying prick on my back, making snide comments, narrating our journey, and bickering with the lead. Jak has Daxter, the friend-turned-precursor-animal who constantly kicks and stomps his feet, annoyed that Jak is dragging him into yet another world-ending threat; Ratchet has Clank, the little robot dude who wants to save the world while Ratchet would prefer to kick back and listen to some Courtney Gears. Backpack companions were a 3D platformer staple, but now they’re a game design relic. And if God of War does anything well these days, it’s digging up old relics.

The 2018 soft reboot already had Mimir, the man Kratos beheads and attaches to his belt so that he can impart wisdom and snarky commentary, albeit usually more of the latter. The two are constantly at each other’s throats through most of the game – not that Mimir has one. But by Ragnarok, they become close friends, even sitting at the dinner table together and having little pow-wows. He’s certainly not cute, but it’s a proper backpack companion character arc.

That’s nothing new on Ragnarok’s part, but when Atreus visits Odin in Asgard, he’s kindly offered a living, sentient sword called Ingrid. It jumps off his back in combat to attack enemies of its own will, before fluttering back to Atreus’ hand when he needs to go for the jugular himself. And when Atreus is exploring, the two have a back-and-forth dialogue, forming their own little friendship. All the while, we can’t make heads or tails of what Ingrid is saying since it makes metallic clanking sounds like a little magical robot (read: sometimes cute), rather than speaking any decipherable language. Regardless, while gaming has mostly moved on from this quirk of its past, God of War Ragnarok is pushing full steam ahead, making up for the lack of backpack companions elsewhere by introducing several of its own. 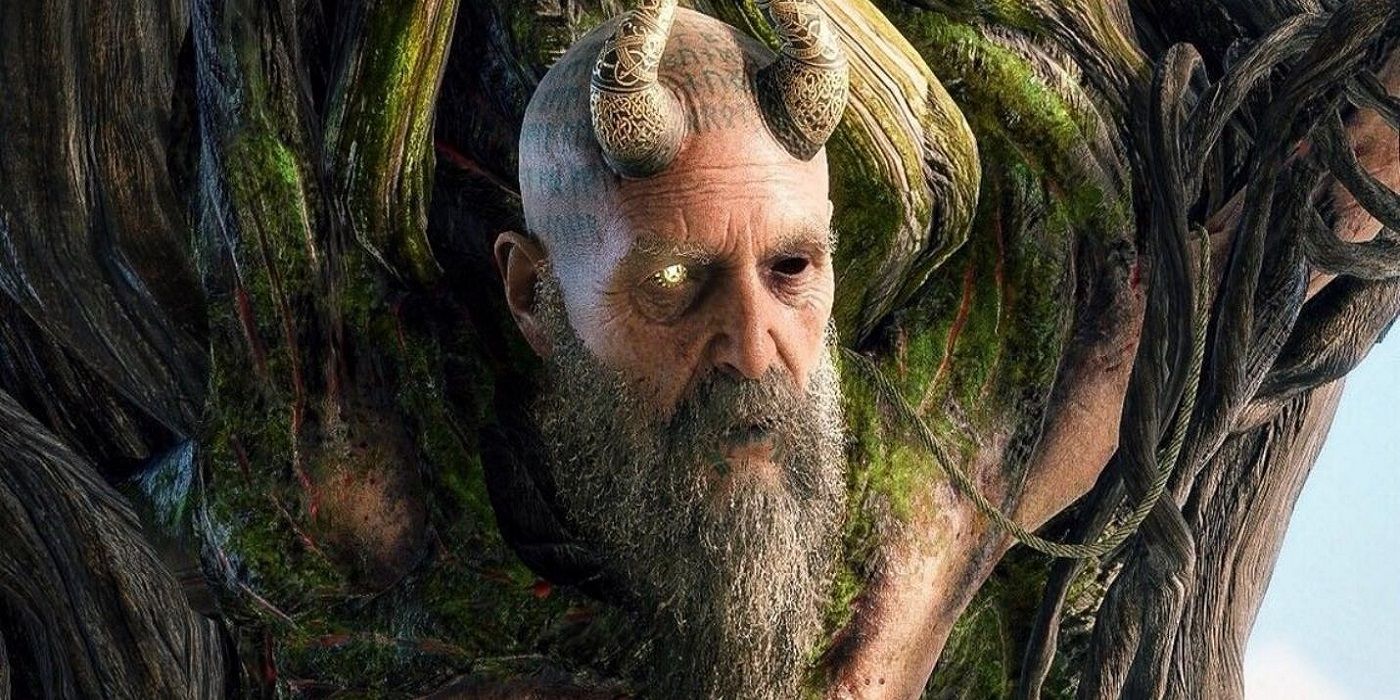 Backpack companions were a great way to expand on the lead character. For Jak & Daxter, it offered up someone more vocal to make up for Jak’s initial silence and his subsequent edgy demeanour that left him brooding and mysterious. In Ratchet’s case, who has been voiced since the beginning, it was a sidekick that pushed him to improve. Mimir falls into the latter camp, nudging Kratos to be a better father and to respect his son’s wishes, even convincing him to follow him on his journey to find Tyr.

Kratos and Atreus have a close and personal father-and-son journey, but Mimir’s presence lets him say what we’re screaming at them, acting as a vehicle for the audience, all without taking away from that very lonesome duo. When Kratos is once again neglecting his son’s ambitions, with his head-to-the-ground “I know best” attitude, I just wanted to yell at him to recognise that this is what keeps driving Atreus away. But Mimir did it for me. And a key part of making that work is having Mimir with us through the whole journey. He sees what these two see, goes through the same tribulations, and knows them better than anyone else, all because he’s eternally clipped to Kratos’ belt, just like us.

It’s hard to make backpack companions work when triple-A Sony blockbusters are moving toward the grimy and serious, with only Clank and Kit really surviving the cull, but God of War has found a way. The sentient sword gives Atreus someone to bounce off when he’s feeling glum, which is the perfect way for him to speak through his internal conflict as other characters stand against him. Otherwise, he’d be talking to himself, or we’d be left pondering what’s going on in his head. And like Mimir, it fits into the world, drawing from real mythology. So it’s not jarring or out-of-place, taking away from the sombre atmosphere of a reluctant god being dragged into another war. 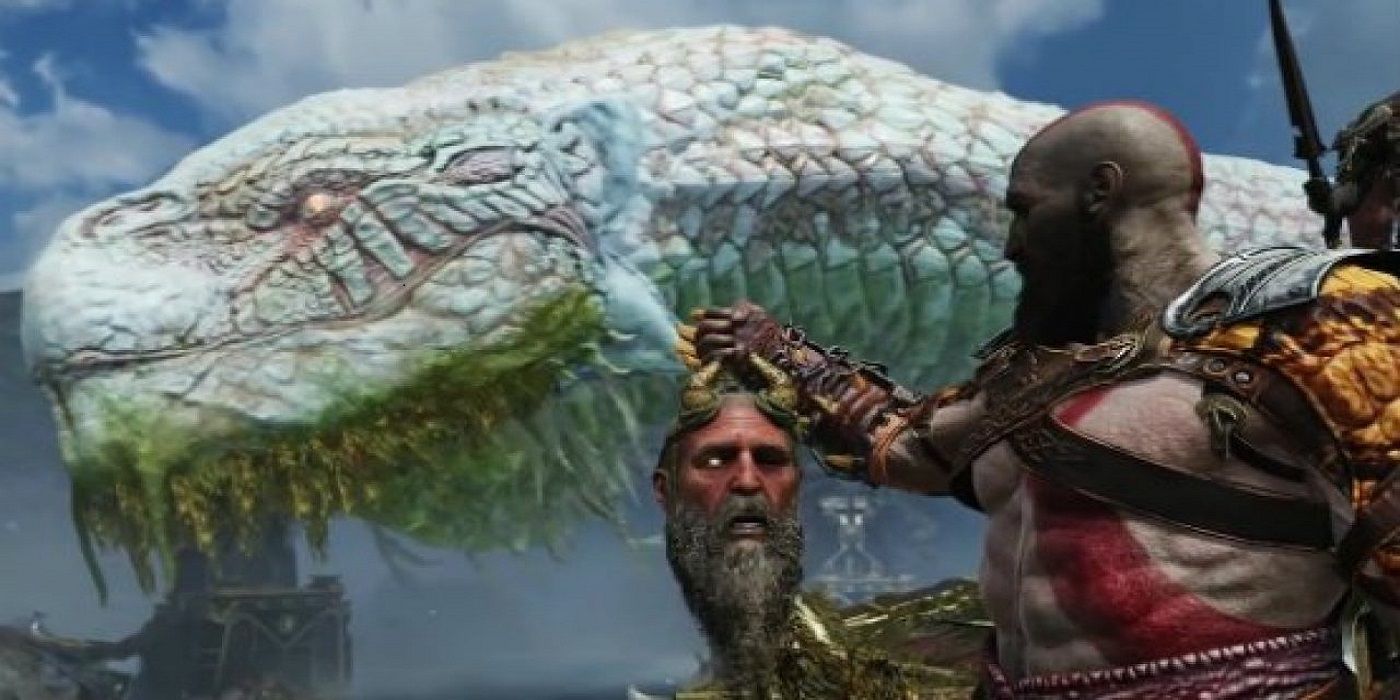 I don’t think sticking Ellie on Joel’s back would make much sense, or having Abby’s M1911 speak to her in a high-pitched, comical voice, “Watch your six, there’s a clicker!” That’s because they don’t draw from that world. Aloy with a little robot dinosaur pet would make sense, though, and might stop her from being so damn annoying when she constantly talks to herself. There’s definitely room for this archetype to come back and grow. They were mostly phased out as we shifted from backpack companions to separate companions like Joel and Ellie, but God of War has managed to blend the backpack companion in, giving each character room to explore their thoughts and identity separate from one another.

Getting to see Kratos vulnerable, desperate to be a good father, only makes me sympathise with him more. Likewise, Atreus is far less annoying when we get to see what’s going on in his head, bickering with Ingrid as he tries to break down that he’s not betraying his father, but desperately hoping to save him. Backpack companions are often brilliant characters in their own right, but they also lift the protagonists to new heights, giving them room to grow and come to terms with their inner conflicts. So, if God of War leaves any impact on Sony’s blockbusters going forward, let it be that we’re not above this old archetype. They still have a place, and not just in the lighthearted adventures of furry felines.