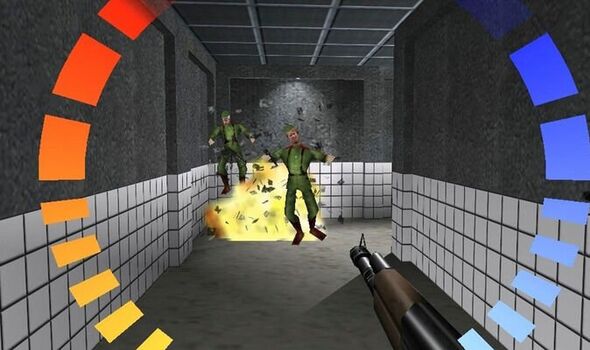 Goldeneye fans could be weeks away from seeing the rumoured N64 Remaster get unveiled for the first time. Leaks have been pointing to an imminent reveal of the Goldeneye Remaster, with a list of achievements for an Xbox version recently emerging. It had been thought this would be a sign that the unannounced Goldeneye Remaster would surface at the recent Xbox and Bethesda Games Showcase.

However that event came and went without any news on an updated version of Rare’s classic N64 shooter.

But hot on the heels of the Xbox event over the weekend a new leak has hinted towards when Goldeneye could appear next.

It’s been claimed the next Nintendo Direct could be weeks away from taking place.

Multiple sources have claimed that a Nintendo Direct for June 2022 will be taking place around June 29.

If a Nintendo Direct does take place then that could be when the Goldeneye Remaster gets announced.

Microsoft, who own Rare (the studio behind the Goldeneye game), and Nintendo have partnered in the past before.

While they also worked together to ensure classic N64 platforms Banjo & Kazooie launched on the Nintendo Switch Online service.

As such, it wouldn’t be a surprise for Xbox and Nintendo to work again on a Goldeneye Remaster, with the game possibly heading to Nintendo Switch Online and launching for Xbox at the same time.

In other news, if you’re desperate to try out a Goldeneye-style experience a homage to the classic 1997 game has been released on Steam.

It features similar visuals and sound effects and make an appearance during the PC Gaming Show over the weekend.

While the game isn’t out yet (it’s coming to Steam at some point this year) a demo is available right now.

If you’re looking for something to tide you over until the Goldeneye Remaster gets announced this could be the answer.