Gotham Knights follows the story of the Batman Family after the death of Batman. The game features four characters; Batgirl, Robin, Nightwing, and Red Hood. They have taken the place of Batman by fighting crime to protect Gotham City and while doing so, stumble upon a much larger and darker war taking place.

The game is an open-world RPG and features many puzzles and collectibles that will help you progress in the game. For some, you may require assistance, and one such puzzle would be breaching the blast door in Case 6.2. The puzzle is relatively simple to beat and may involve some combat. 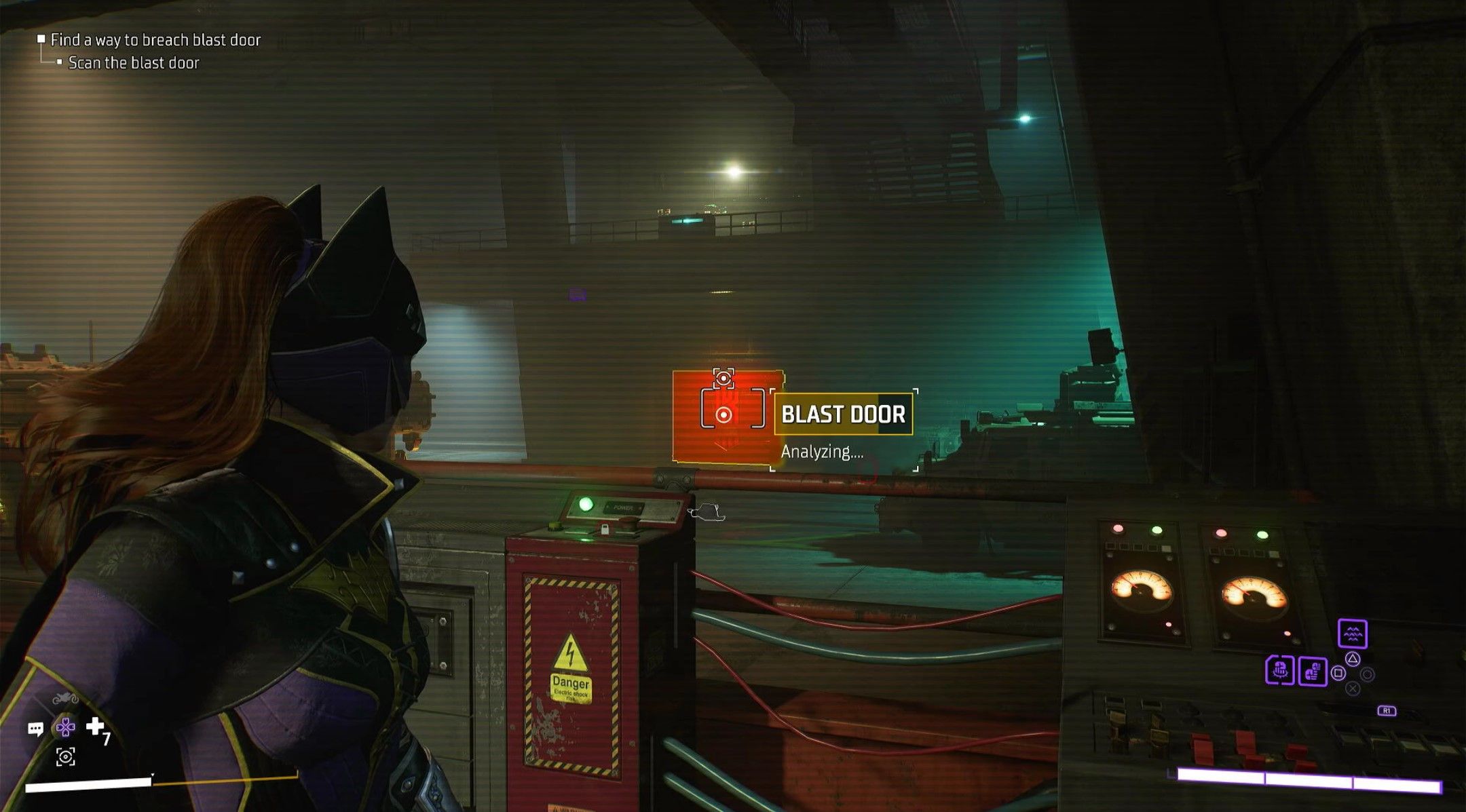 For this puzzle, your objective will be breaching the blast doors made of impenetrable alloy in Kane Industries. Starting on the right side of the room near the metal stairs, you will find a control box that you will need to use to rotate the platform the tank is on.

But first, you will need to mount the laser to the tank, which will require quite a bit of back and forth. If you look to the balcony directly above the red blast door, you will see a second control box. This one controls the laser. 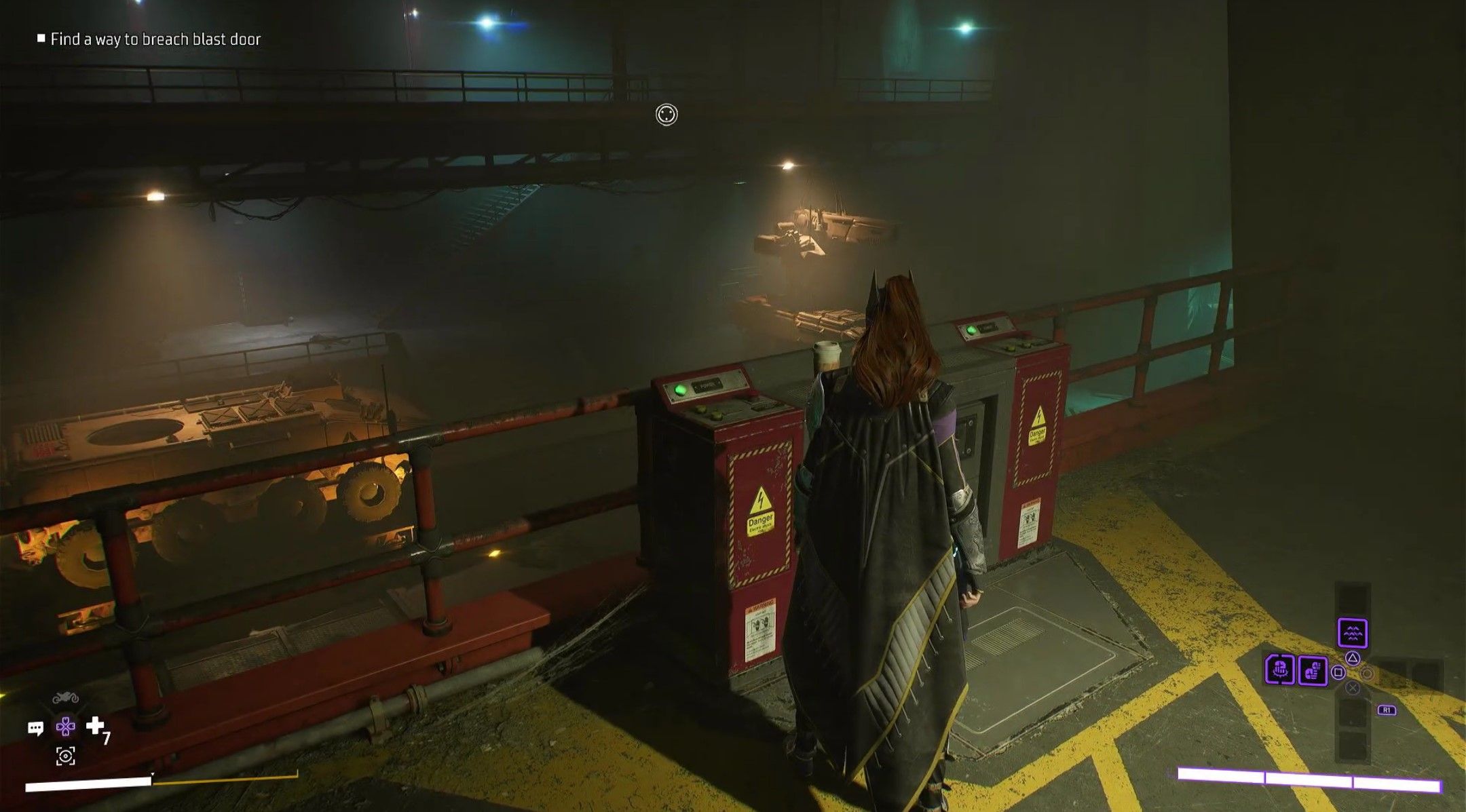 Go across to the balcony and use the control box to lift the laser. Once you have lifted it into the air, rotate the laser to the left and move it until it is above the tank. 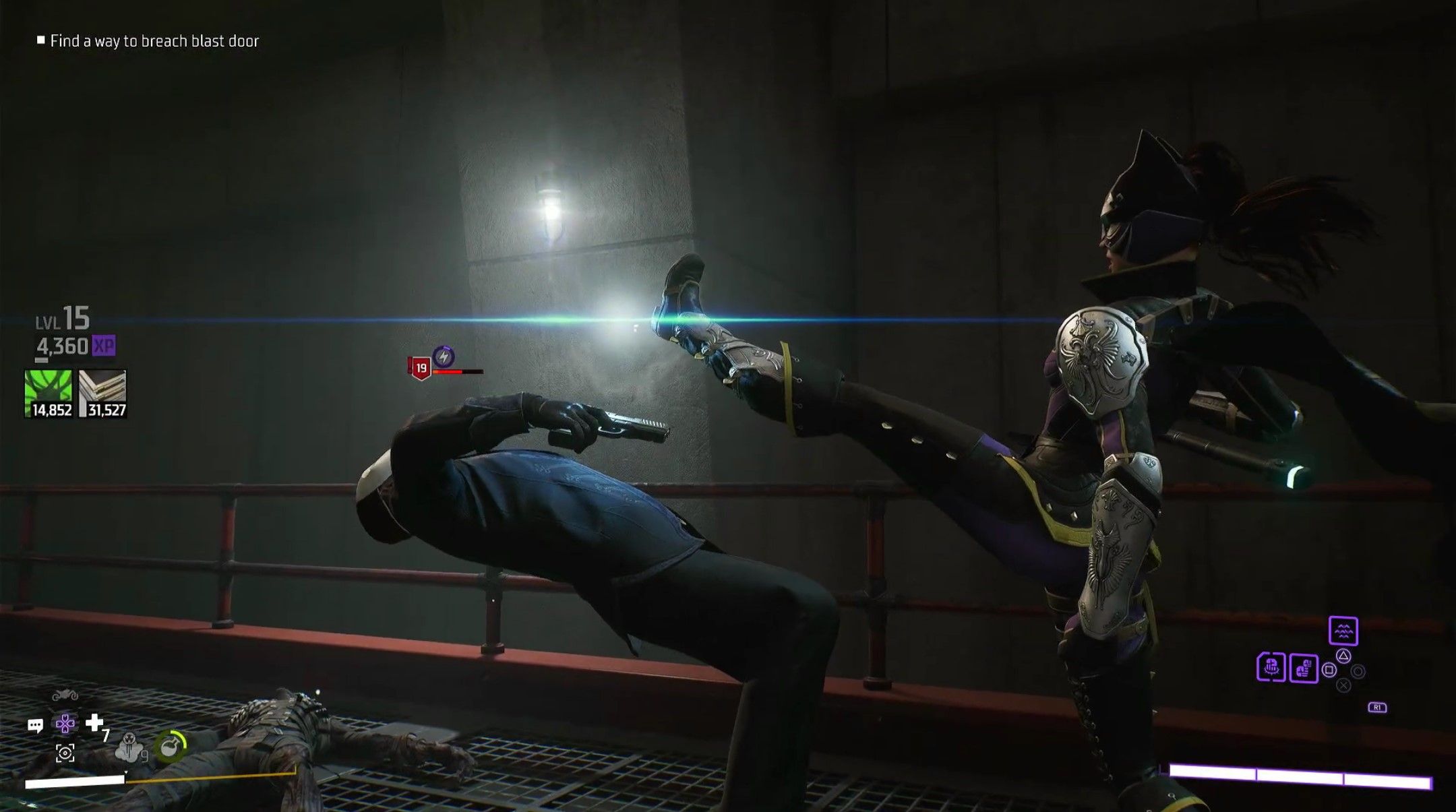 After you have completed this first step, you will be attacked by some enemies who will shoot at you. Take them out before going back across the room to the initial control panel.

You will be attacked twice. Once after the first step is complete, and once more after you have reached the control panels that will move the tank. Keep your eyes on your surroundings, as they will come from areas you cannot easily spot them.

Getting Everything In Place 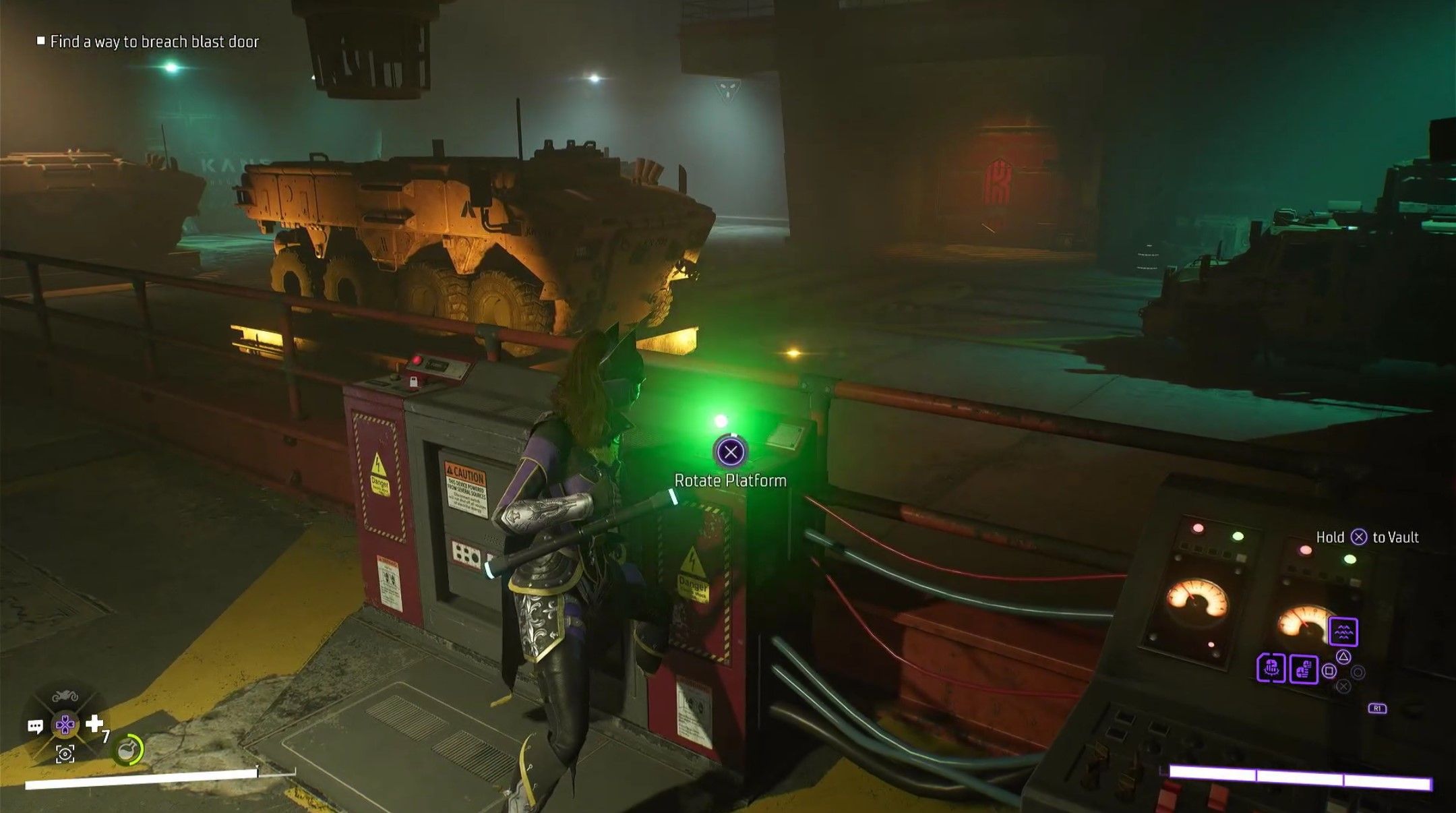 Once you have crossed back to the other side, use the button three times to rotate the tank until it is facing toward the red door. Go back to the laser panels on the balcony, and use it to mount the laser onto the tank. 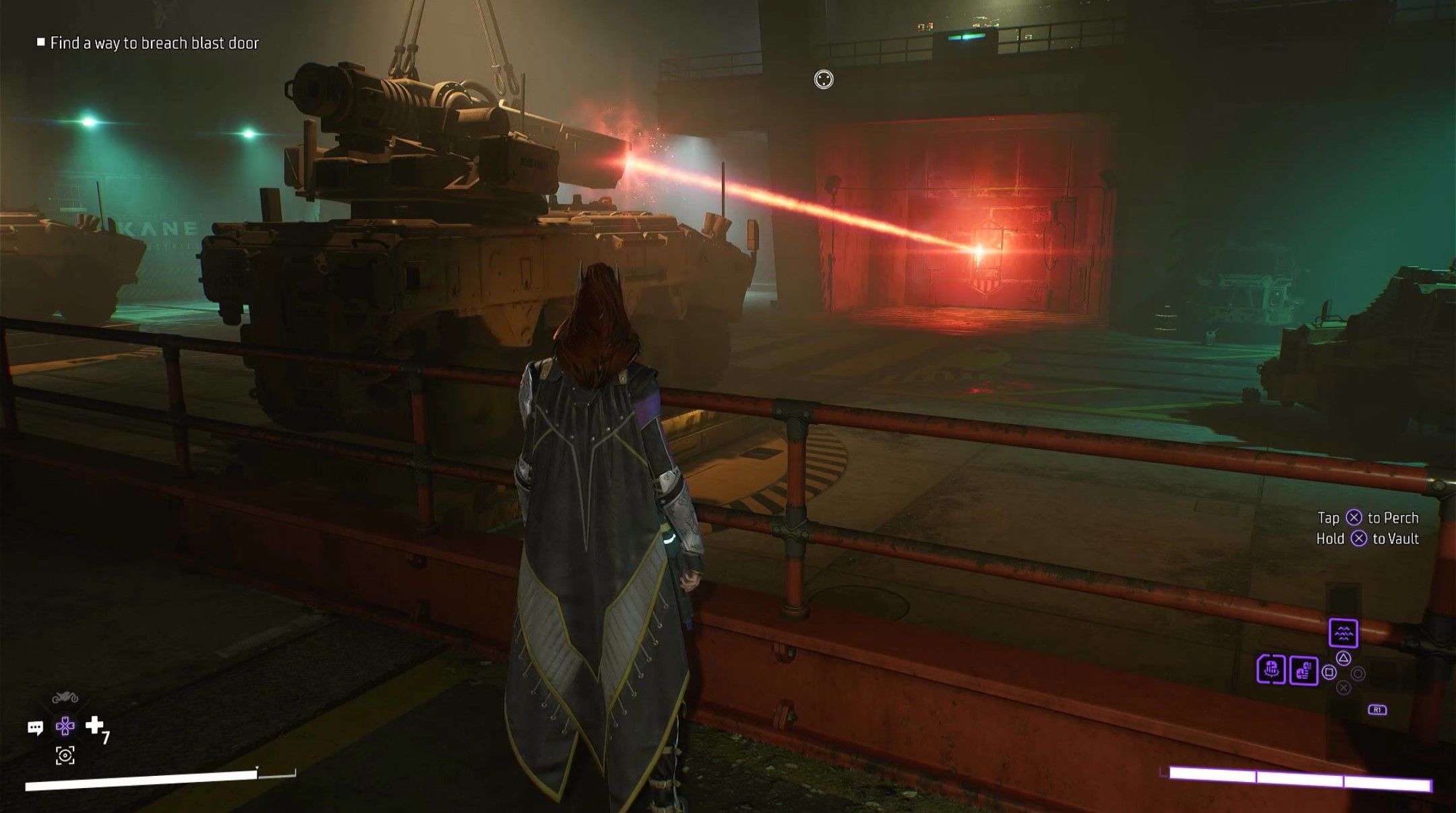 The last step is to head back to the tank control panels. The button to your left will prompt you to activate the laser. Upon doing so, the door will be vaporized, and you will be able to enter the next room.