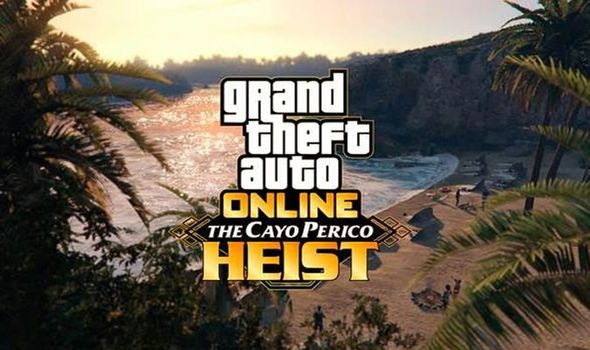 The upcoming GTA 5 Online Heist has been dubbed “the biggest GTA Online adventure ever” which will introduce an all-new exotic Heist location and a new approach to Heists.

This will allow players to tackle the Cayo Perico Heist on their own or with up to three other players.

Announcing the GTA 5 Online Cayo Perico Heist, Rockstar Games said: “It’s time to raise the stakes higher than ever before. You’ve broken a convicted spy out of Bolingbroke Penitentiary. You’ve saved the world from an egomaniacal tech billionaire. And you’ve beaten the odds to drain a casino of its cash. This time, you’re taking on an entire island.

“Prepare to infiltrate the remote island compound of the world’s most notorious drug dealer in Grand Theft Auto Online’s biggest, most daring, and action-packed addition yet: The Cayo Perico Heist.

“It’s up to you to find a way to breach Cayo Perico, one of the most secure private islands in the entire world, evade or neutralize the heavily armed security forces stationed there, and escape with valuable evidence along with as much art, gold and drug money as you can carry.

Rockstar Games went on to add: “The Cayo Perico Heist is the biggest GTA Online adventure ever, introducing an all-new exotic Heist location, with a brand-new approach to Heist design that features the ability to play everything solo or with up to three other players.

“Plus you can acquire new vehicles and tactical weapons, experience new social spaces to dance and party with friends and new world-class DJs, and listen to new radio stations with over 100 new songs. Oh, and a very large, very versatile, and very heavily armed submarine HQ with plenty of other surprises.”

If you want to see what the GTA Heists return has in store, then check out the trailer in this article.

Earlier this year Rockstar Games teased the arrival of the Cayo Perico Heist when they annouced the GTA 5 Online summer update.

The Grand Theft Auto makers said Heists would be returning in 2020 and that it would be arriving in the biggest update ever to GTA 5 Online.

And now gamers are just a few weeks away from experiencing this huge, inbound update.

Earlier this week, in the run-up to the GTA 5 Online Cayo Perico Heist being officially announced, Strauss Zelnick – the CEO of Rockstar parent company T2 – said his firm anticipated GTA 5 Online would have its strongest quarter ever to close out the current fiscal year.