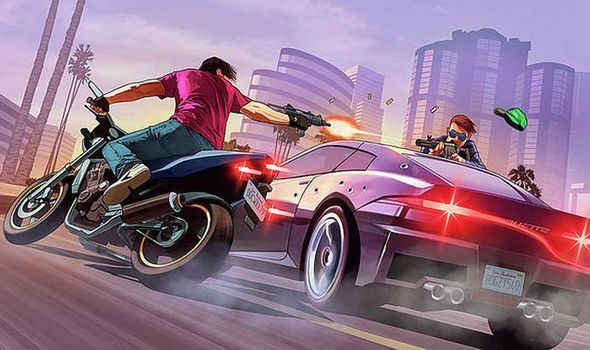 As Grand Theft Auto fans wait for any news from Rockstar Games on GTA 6, a new alleged leak recently emerged that got people talking. This latest ‘leak’ – which is one of many that has emerged while gamers wait for official confirmation of GTA 6 – was shared to the GTAForums before getting deleted. It claimed to show a video captured off screen of the GTA 6 map.

When the alleged ‘leak’ first emerge GTA fans were divided into two camps.

Some felt the map looked too similar to the GTA 5 map, which they saw as a clear sign it was fake.

Others were left intrigued by the amount of new Shops and Services, as well as Pasttimes and Activities that could be seen on the HUD for the map.

However, for anyone that had been left excited by this leak – or were hoping for more GTA 6 map leaks soon – we’ve got some bad news.

Tom Henderson, who is known for his Battlefield and COD leaks, was recently quizzed about this alleged GTA 6 map leak.

And Henderson, who has ventured into GTA 6 leaks recently by dropping a tonne of new information, brushed the ‘leak’ aside as a fake.

Henderson was asked by a fellow Twitter user: “Hey Tom, can you either confirm or deny this new gta 6 map leak?”

Replying Henderson wrote: “I wouldn’t expect any leaks like this for a couple of years.”

So, not only is this latest ‘leak’ a fake – Grand Theft Auto fans shouldn’t expect leaks of this kind anytime soon.

Henderson’s latest comments on GTA 6 come after he published a YouTube video detailing things he heard from behind the scenes about the highly anticipated game.

And there was plenty of interesting info Henderson dropped.

From what he had been informed, Henderson said GTA 6 would be set in modern times, would have an evolving map that changes over time (a la Fortnite) and that it would only be for next-gen consoles and PCs.

So PS4 and Xbox One gamers will miss out, and have to upgrade to a PS5 or Xbox Series X | S to play GTA 6.

But the biggest bombshell that Henderson dropped was about the GTA 6 release date.

Henderson cited a number of reasons for this, including Rockstar focusing on employee wellbeing and not wanting the dev team to crunch on GTA 6.

Another reason for the release date potential being a few years away is Rockstar Games wanting there to be enough next-gen consoles in people’s homes before releasing the next GTA game.

Henderson did caveat his claims by saying he is not known for GTA leaks and to take the information he provided with a grain of salt.