Games Workshop has given us a sneek peek at a new unit for their aerial combat game Aeronautica Imperialis, with a massive Mega Bommer set to unleash chaos.

Games Workshop is known for its tabletop wargames Warhammer 40,000 and Age of Sigmar, but they’re a studio of many talents. They have a long-standing history with standalone boxed games, dating back to the 1980s with hits Blood Bowl, Space Hulk, and HeroQuest.

In more recent times, the appetite for boxed games has increased, and GW has not disappointed with the likes of Warhammer Quest and other reworked classics hitting shelves around the world. Aeronautica Imperialis falls unto the latter, being a reworked wargame based off of Forge World’s original companion game to the now-defunct Epic series of games. Released in 2019, the new starter set Aerotautica Imperialis: Skies of Fire features aircraft from the Astra Militarum and T’au with additional minis available for Orks, and the Imperial Navy. 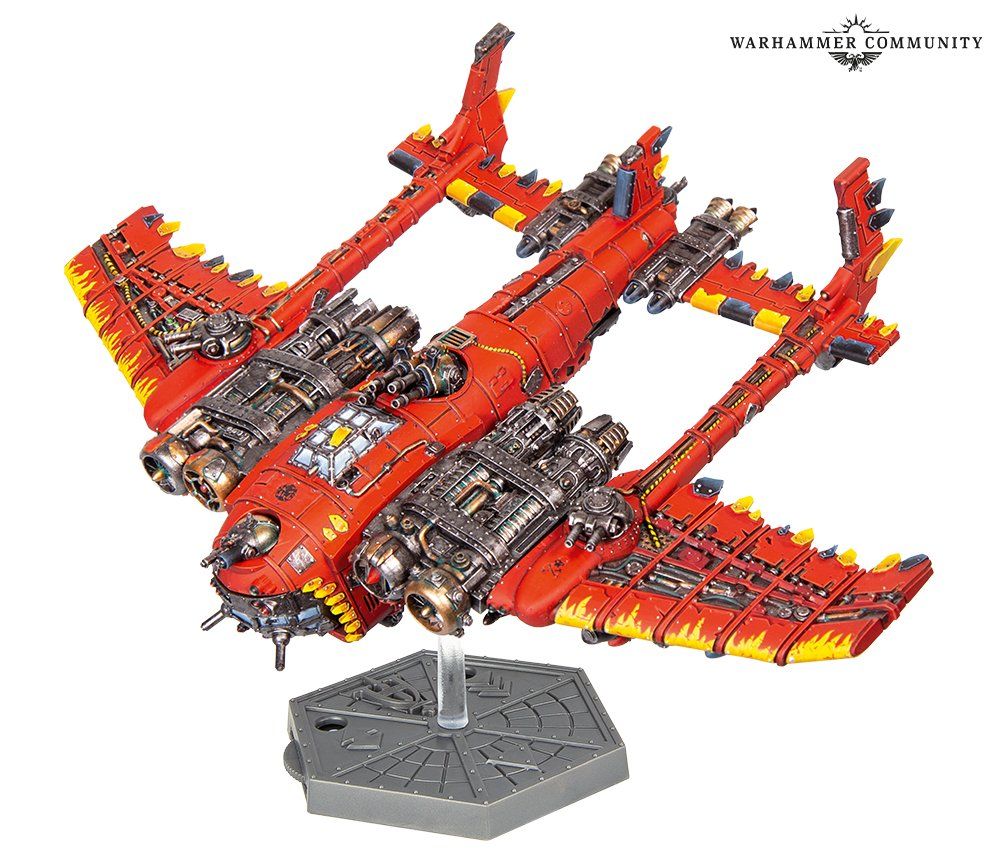 The new Mega Bommer is huge, and the aesthetic matches the insane ability of Ork Mekboys to MacGuyver contraptions that really shouldn’t work. To quote Warhammer Community, “…the Mega Bommer is a wonderfully unsubtle design – all wings and bombs and guns and jets”. To describe this as a flying fortress, doesn’t do justice to its abilities. It has enough dakka to wipe out even the more foolhardy of pilots, with weapon installments everywhere to ensure cover at every angle. This gives the aircraft a durability of ten (yes ten!) and places it as the toughest yet in-game. 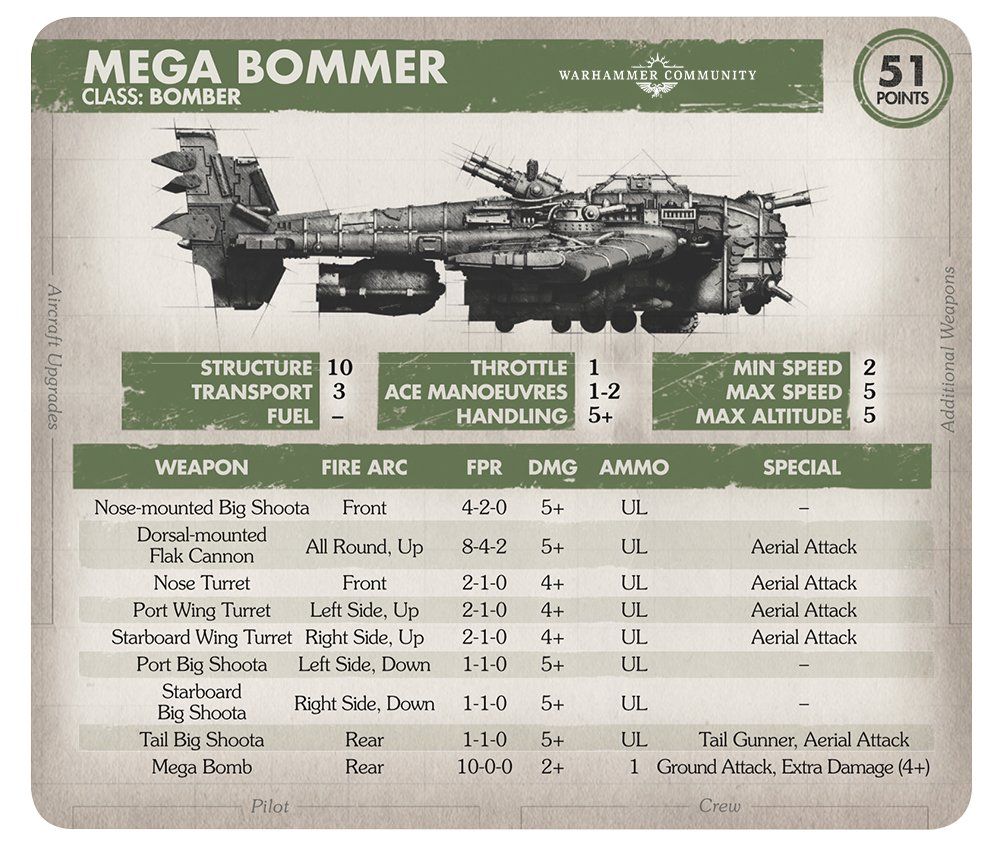 The Mega Bommer being a bomber class should carry bombs, right? The answer is of course a resounding yes!; and you won’t be disappointed as each Mega Bomber is equipped with a Mega Bomb rated at 10 firepower right out of the gate on a 2+. Roll 4 or more and it does an extra 4 damage. While only one of these bombs can be equipped you have the option of equipping up to four more big bombs AND two extra pairs of rokkits.

Aside from having the impressive stats, the model sculpt looks amazing and it has got this reporter thinking about taking another look at Aeronautica Imperialis. No release date has been set for the Mega Bommer, but GW has been catching up from the moratorium of new releases caused by COVID-19. We don’t expect it will be too long before it makes an entrance.