Hearthstone has a whole new court-drama themed Mini-Set called The Maw and Disorder, bringing wacky Ace Attorney-like visuals to this Warcraft card game spin-off. Its launching on September 27 and brings with it 35 new cards – four Legendaries, one Epic, 14 Rare, and 16 Common. They're acquired through the Murder at Castle Nathria packs.

You can point the finger at your foes with "Murder Accusation", killing a minion after another enemy minion dies, or you can pick "Dew Process", letting players draw an extra card at the start of their turn for the rest of the game. And if you want to literally summon some evidence into court, why not play the Totemic Evidence card?

This summons a basic totem but, if you have three totems in play, you'll summon all four thanks to its Infuse. The rest of the set has yet to be revealed but the official PlayHearthstone Twitter will be rolling out announcements ahead of launch. On September 22, you can find two Legendary reveals and one Neutral reveal. On September 23, there will be a Legendary reveal along with Priest, Warlock, and Rogue class reveals. 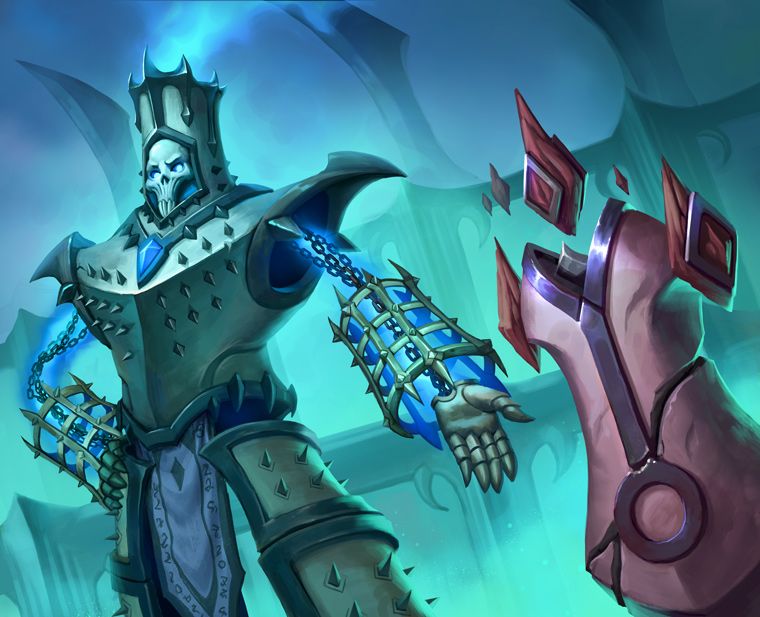 On September 24, the Twitter account will reveal another Legendary as well as Hunter, Paladin, and Warrior class cards. Then on September 25, Demon Hunter, Druid, Mage, and Shaman class reveals will be shared. Finally, on September 26, there will be a Mercenaries Community Discord, YouTube, and Twitter reveal, with patch notes at 10 pm GMT.

"After the Murder at Castle Nathria, Sylvanas has been brought before the Jailer to answer for her crimes", the announcement stated. "What crimes, you ask? Well, there have been many. Watch the trial unfold in the all-new Maw and Disorder Mini-Set!"

Good luck keeping Sylvanas from prison time, though something tells me some iron bars probably wouldn't be enough to hold her.