People saying there's too much Magic: The Gathering isn't exactly a new sentiment. Particularly over the last couple of years, it's felt like an unrelenting rush from one new set to the next with little time to breathe and take in all the new cards Wizards has released. At a time when players are begging Wizards of the Coast to slow down, it's gearing up for its busiest eight months ever.

The start of 2022 was relatively quiet, and began with Innistrad: Double Feature slinking out and fading into obscurity before anyone could truly comprehend how bad it was. Fortunately, Wizards more than made up for it by releasing two of the best Standard sets ever made back-to-back, with February's Kamigawa: Neon Dynasty and April's Streets of New Capenna.

That wasn't how the schedule was supposed to go, though, as we were originally also scheduled for Unfinity in April 1, before pandemic-induced supply chain issues pushed it back to September. It's that delay that puts the fear of God into me. As a result of the delay, we're facing a severely backed up end to the year that means we're getting just shy of one set each month for the rest of 2022. Just thinking about all of them is utterly exhausting. 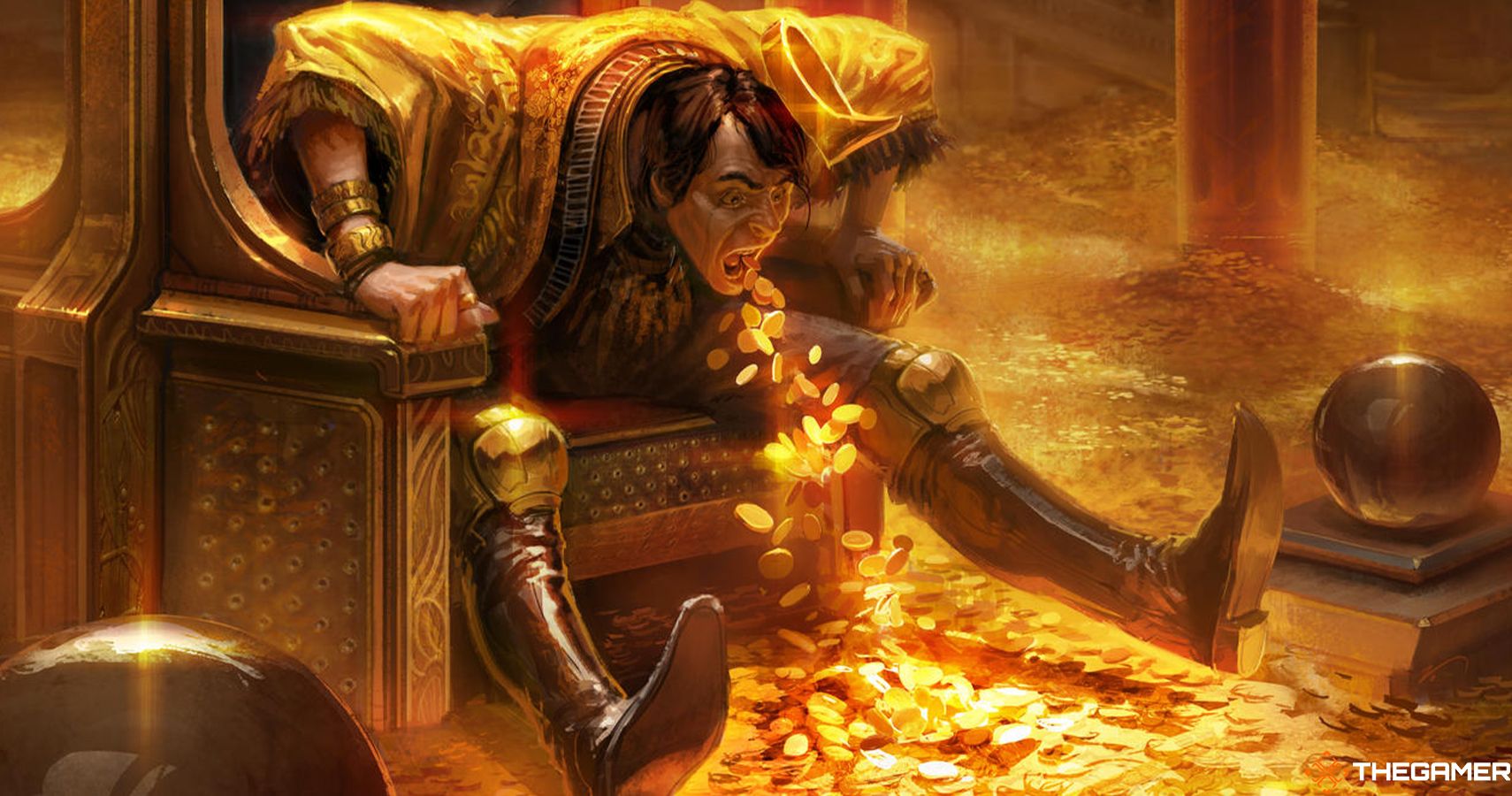 Just 32 days after the end of Streets of New Capenna's preview season, we're starting the Commander Legends: Battle for Baldur's Gate spoilers on May 16. The set itself launches in June, less than two months after Streets of New Capenna. In July, a month after Commander Legends, we have Double Masters 2022. September has both the premier set Dominaria United and the new launch window of Unfinity, and sometime after that we'll have the final major set of the year, The Brothers' War. Sometime around all of these, we have the slightly-more-nebulously dated Jumpstart 2022 and Warhammer 40,000 decks.

That's at least seven products in seven months, which is absurd. Every new card in those sets is a chance for the metagame to radically shift, a new combo to break the game with, or a potential upgrade for your existing deck. This ever-changing nature is why people love Magic, but there is absolutely too much of a good thing to be had in this case. The release schedule has constrained that sense of discovery into just a month until the hot new thing rolls around, burning people out. What's the point in looking at these new cards when something new is just around the corner anyway?

It isn't just the cards in a vacuum, though, it's also everything surrounding them. The sneak preview streams, the debut event, the week-long preview seasons, the pre-release events, the monthly Secret Lair sales, the Arena-specific Alchemy releases… there’s so much grabbing your attention in the runup to a new set that there is absolutely no time for anyone to sit with the cards they just got before Wizards is standing in front of them, hands out, asking for money for the next thing.

On top of the financial burden of releasing a new thing every other day, it's also exhausting for the community. At the risk of sounding too woe-is-me, ask any full-time Magic content creator and they'll tell you how much of a slog preview seasons can be, and the thought of a non-stop-preview-season for seven months genuinely makes me feel sick. And if players feel overwhelmed with the constant daily preview roundups, announcements, metagame changes, new combo discoveries, and more, imagine how stressful it is for those behind the scenes planning all that content.

September, in particular, is terrifying. We have both Dominaria United and Unfinity, two booster sets with major implications for the game launching just weeks apart. How are players supposed to grapple with the Standard format rotation Dominaria United brings alongside the new Acorn-card-legality system of Unfinity? How are their preview seasons going to not overlap with each other? When do players get time to actually enjoy one before the other appears?

Though the problem can be alleviated by pushing a set into 2023 (Unfinity or Jumpstart look like good candidates for that), all it's really doing is kicking the problem down the road into next year. 2023 is likely to be just as busy as 2022 is shaping up, what with sets like The Lord of the Rings already confirmed.

There are only two ways this will ever get better: the first is to radically overhaul how preview seasons are held. Do we really need a week of 24/7 card previews? A big problem is that it gives commons very few people would care about the same prominence as a mythic rare or format-changing new staple. It'd be better for Wizards to be more exacting on which cards it previews, or give people more cards to reveal at once to cut that season down from the eight days we have to a more manageable four or five.

The second solution is more straightforward: release less stuff. We have the four tentpole Standard set releases of the year (Kamigawa, New Capenna, Dominaria, and Brothers' War), do we really need all six additional products (Innistrad: Double Feature, Commander Legends 2, Jumpstart 2022, Double Masters, Warhammer 40,000) on top of it? Wizards could cut that down to two or three and still give us two months to enjoy each new thing.

It's worth hammering home that the problem isn't that Magic is getting bad or sloppy due to these launches, because it isn't. Other than Innistrad: Double Feature, every set Wizards has released in the last couple of years have been absolute bangers, and it's had room to explore with new formats like Jumpstart and Commander Legends.

The problem isn't quality, it's quantity: Wizards has gone into a bizarre sugar rush where it can't focus on one thing for more than a month before jiggling a new set of keys in our faces. I just want to open my Streets of New Capenna packs without counting down the hours before it's time for us to pack up and head to Baldur's Gate.