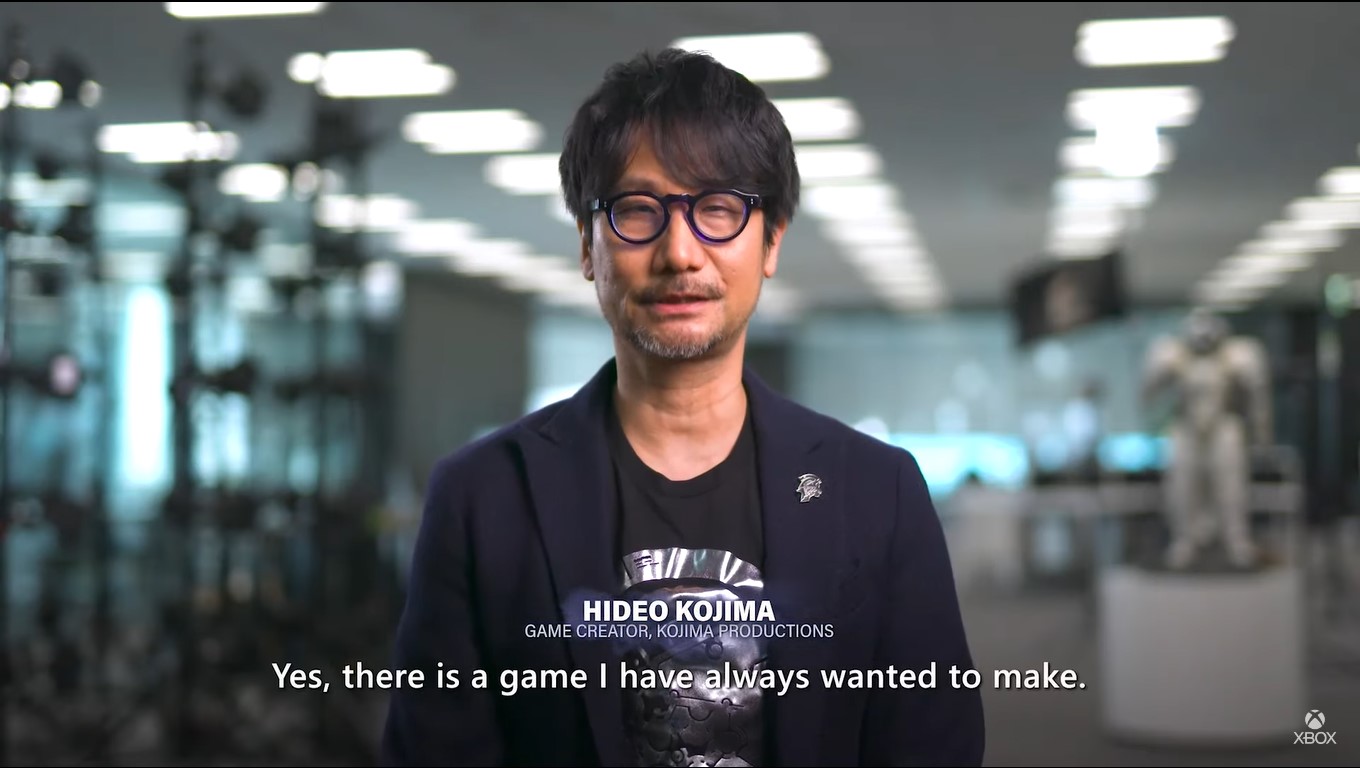 The rumours about the creator of Metal Gear working on an exclusive Xbox game are true but it’s not going to be out anytime soon.

Although Microsoft has got a bit better at keeping secrets in recent years there were still relatively few real surprises at the Xbox & Bethesda Showcase. The biggest news was the first gameplay footage of Starfield, but almost as big was confirmation that Metal Gear creator Hideo Kojima is making a game exclusively for Xbox.

That would’ve been more of a megaton if it hadn’t leaked out beforehand, but it was already rumoured that Kojima is working on a cloud-based project with Portal director Kim Swift.

The rumours didn’t say what the game was and neither did Kojima, who appeared briefly during the showcase to warn that the game, whatever it is, ‘may be some time’.

It’s not the only Kojima-related leak recently, with another report revealing that he’s also working on a horror project called Overdose.

We know that’s true because he tried to get the original report taken off the web, but it seems unlikely that Overdose is the Xbox project.

Apart from horror games never usually commanding a big budget, the leak implied a trailer was imminent and since the name is already out there you would’ve expected it to just be announced at the Xbox showcase.

This raises the prospect that Kojima is currently working on at least three different games: Death Stranding 2, the Xbox project, and Overdose.

That is a lot of games for what is a relatively small developer, and a director not known for working quickly, so it can only be hoped they’ll be finished sometime before the next ice age.

The news also seems to put to bed any talk of Sony buying Kojima Productions, as while Overdose may well end up being a PlayStation exclusive game the fact that he’s working on a long-term Xbox project makes it very unlikely Sony is going to announce an acquisition anytime soon.