If you’re a fan of Hitman 3, odds are pretty good that you’re a fan of stealth, changing disguises, and striking from the shadows. So when an escalation comes along that forces you to wear a bright red uniform which makes everyone on the map your enemy, it’s safe to say that this will come across as a less-than-optimal experience.

However, this can be a real treat when you know exactly where to go and what to do. For the first two levels, you’ll enjoy having your abilities tested and feel like a true ninja afterward. The reward for this is a level three escalation that is designed for you to wipe out your targets and their guards like a maniac. Let’s ride your horse to Dartmoor, shall we, 47? 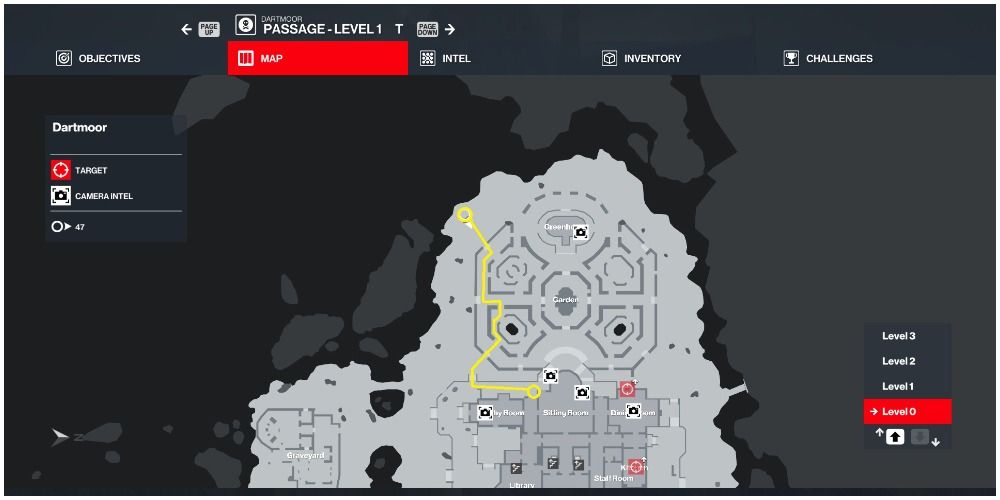 Your first goal is to get to the house without being spotted. While your uniform is absolutely useless for this task, thankfully, the garden has a lot of shrubbery and sculptures to block line of sight. Keep an eye out for gardeners and guards, there is no time limit, so be safe rather than sorry. 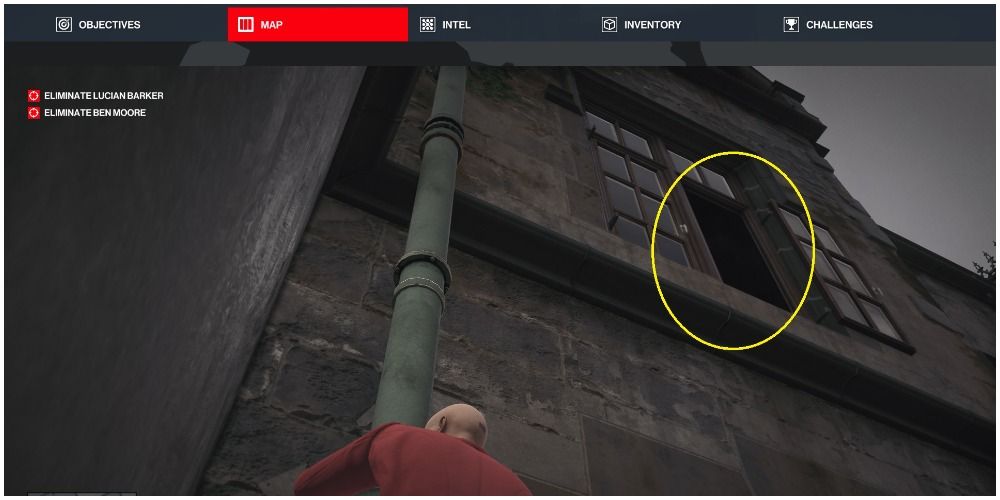 Your destination is a pipe on the side of the building. Climb up and look to your right for an open window into a bathroom. 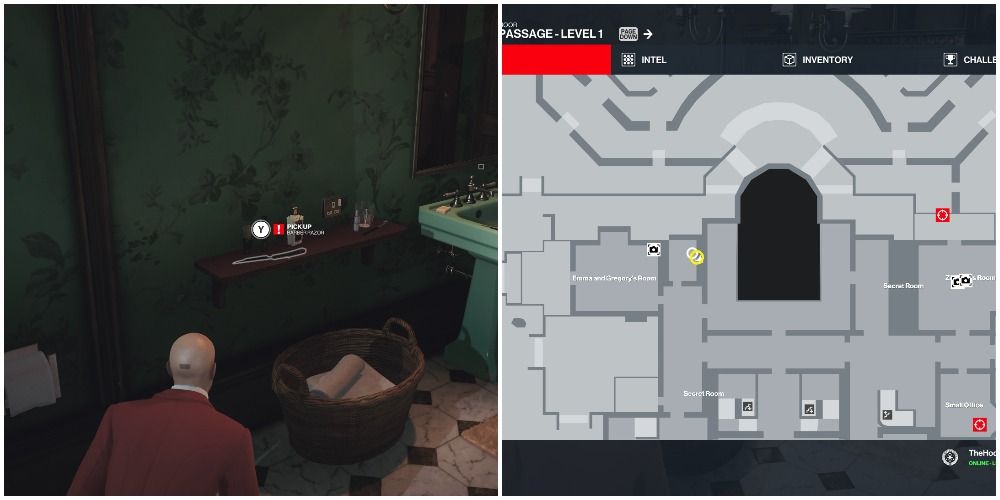 Pick up the barber razor in this room. It will be your primary weapon for the first two levels of the escalation. 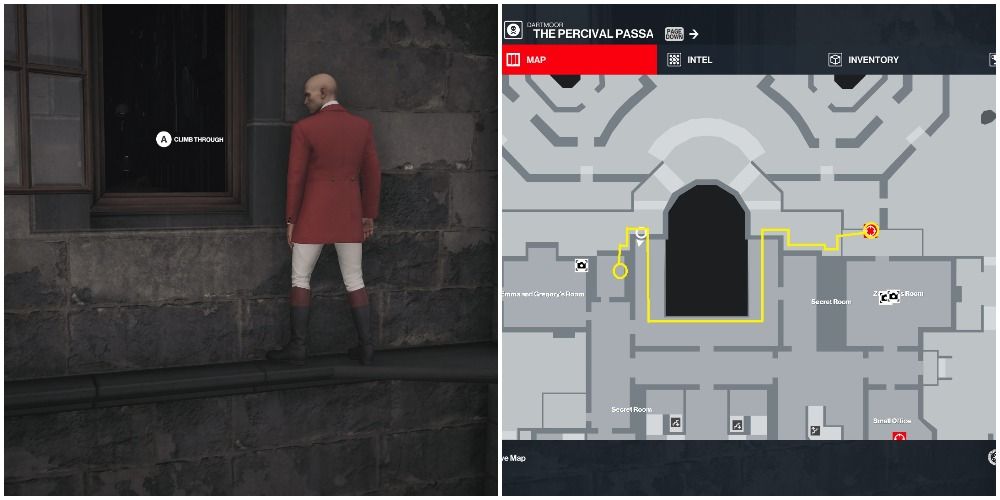 Go back out of the window and shimmy left past the pipe you initially used. Continue left and then hop through the window into the main area of the house. Thankfully, nobody is in this area and nobody patrols here, so you’re free to go to the window on the opposite side without any fear. Hop out of that window, keep going left, and pull yourself up on the same balcony as the first target. 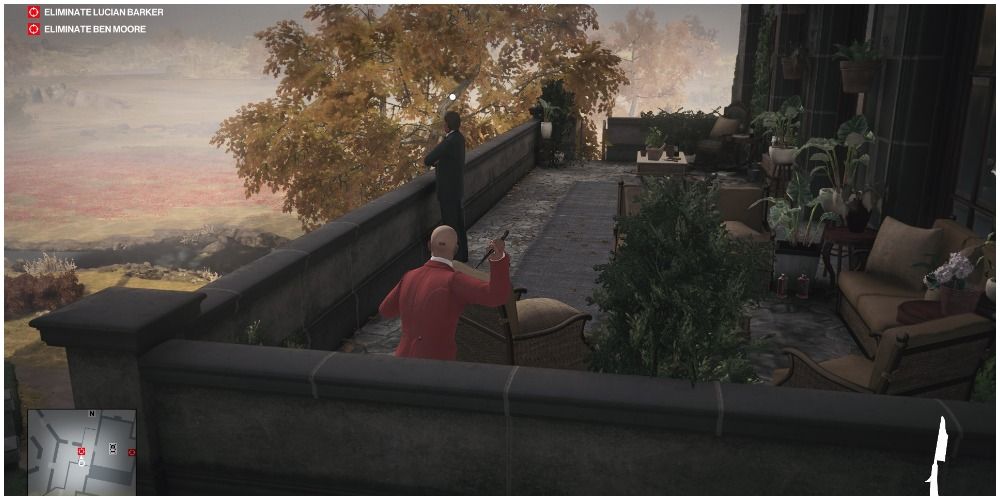 As you pull yourself up on the ledge, some furniture will give you a precarious cover from your target. If you try to sneak around and stab him, you will be spotted. Always throw the barber razor to take out this target. 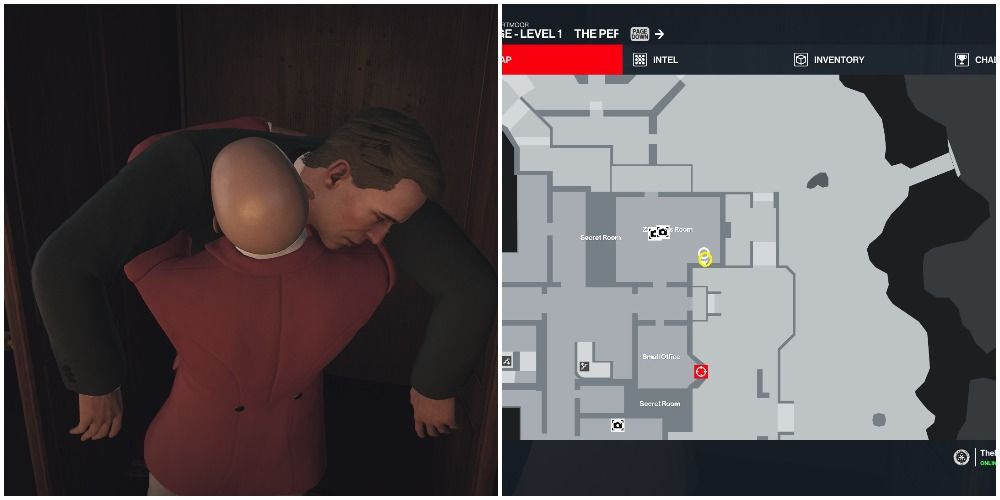 Stuff the body into the dresser in Zachary’s room. 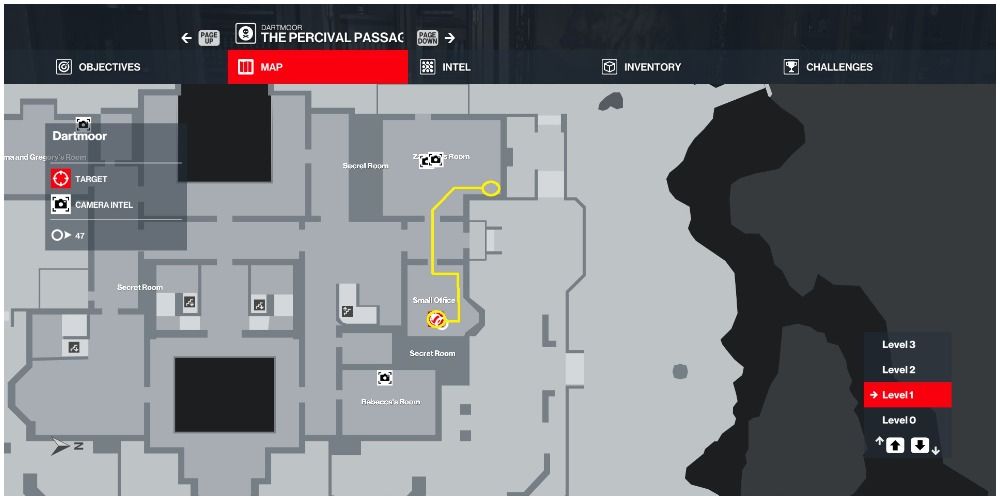 You can stay inside now as the two guards outside of the door are facing the wrong way. Go to the small office. 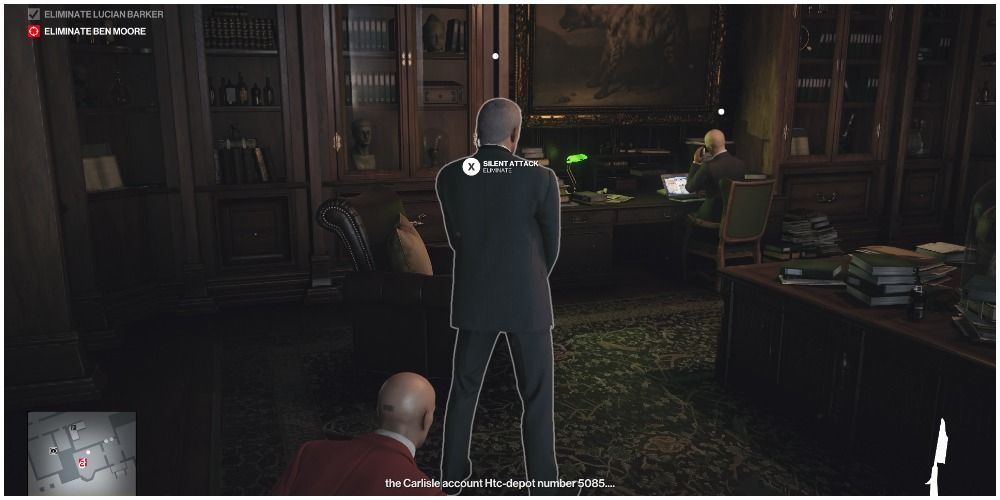 Opposite of the method for the last guard, you’ll want to take this one out silently from behind with the razor. If you throw your razor, he’ll make a noise as he hits the ground and the lawyer in the room will freak out. 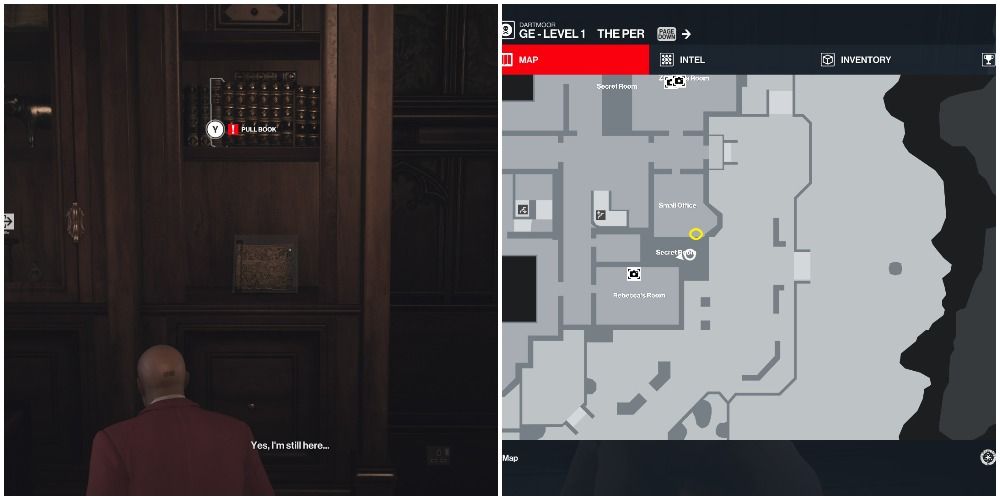 Pull the book on the wall to reveal a secret area. 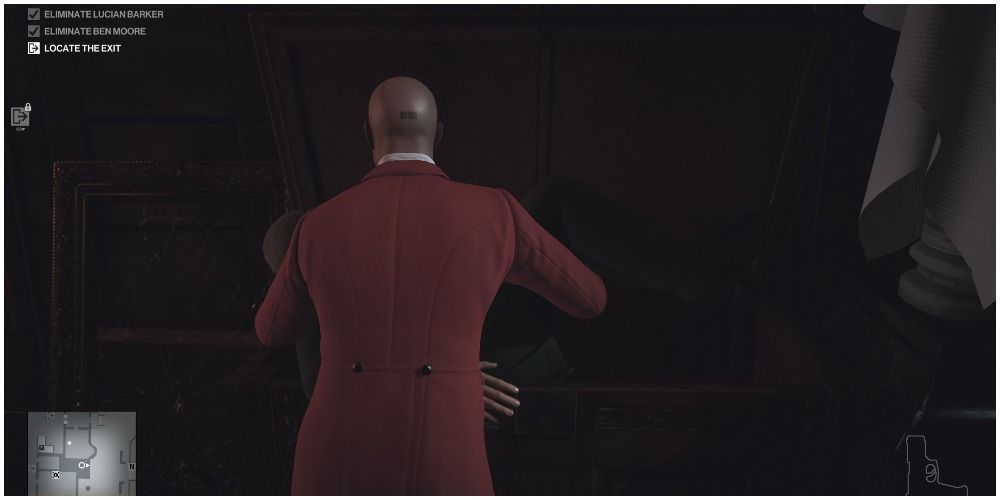 Drag the body of the second target inside and dump him into the crate. 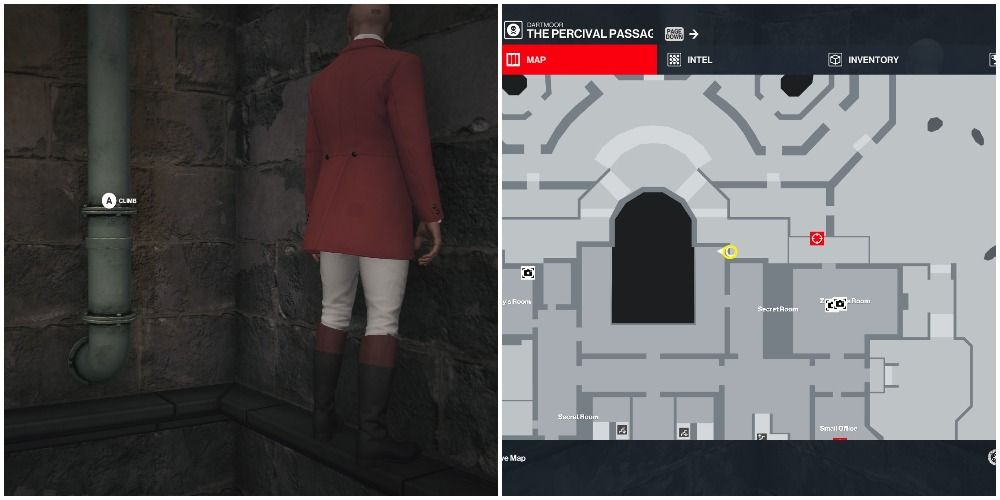 You will begin to retrace your path. As you do so make a mental note as you pass a pipe that leads upward. You’ll pass it for now, but you will climb it in part two. 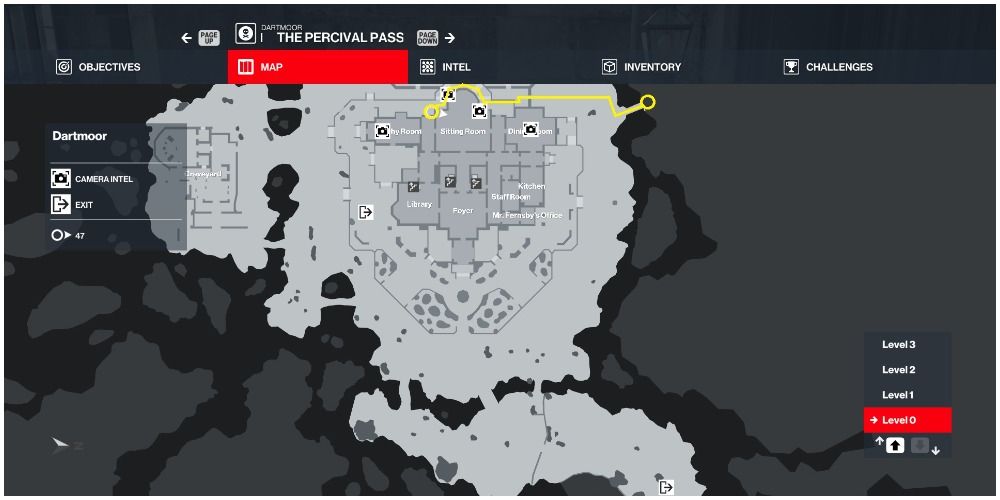 Retrace your steps exactly until you slide down the first pipe. It’s not labeled on the map, but your best exit location is directly to the right, across the bridge. Nice job, now it’s on to level two!

It looks overwhelming at first, but consider that you already killed the first two targets with the razer and hid their bodies. Therefore, the only real change here is the presence of one additional target. 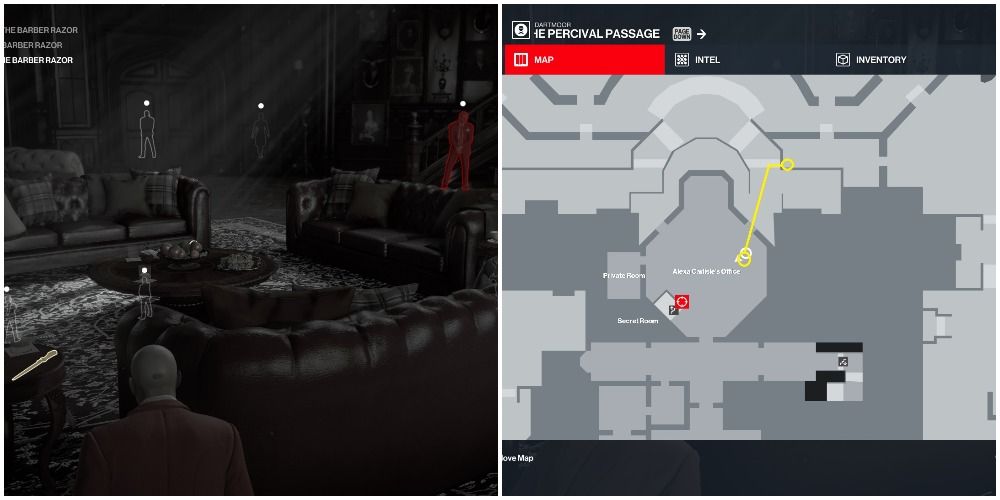 Repeat all of the steps from level one until you get to the aforementioned pipe. Climb up this pipe and sneak into Alexa Carlisle’s office. The target is here, all alone, but he has a pretty good view of the room. From behind the couch, grab the letter opener. 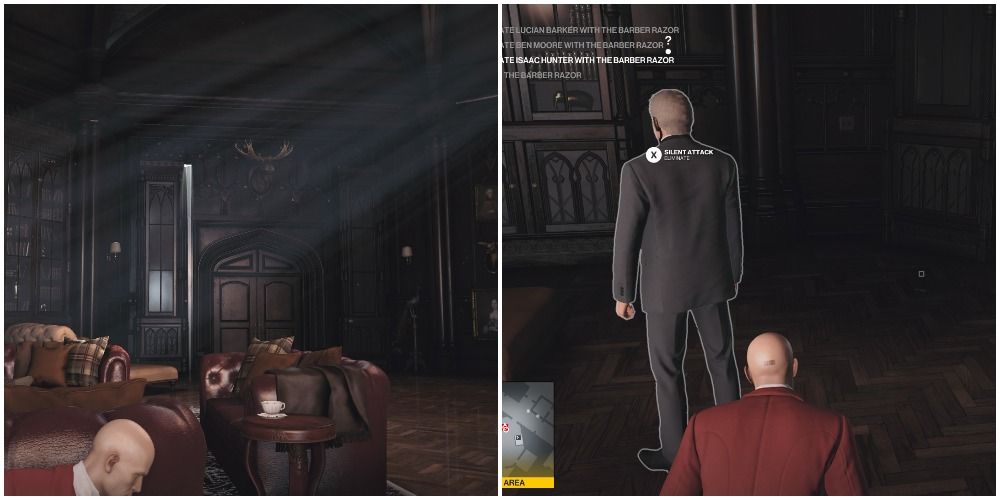 Toss the letter opener to your left and move to your right. This will allow you to get behind the target for a quiet kill. 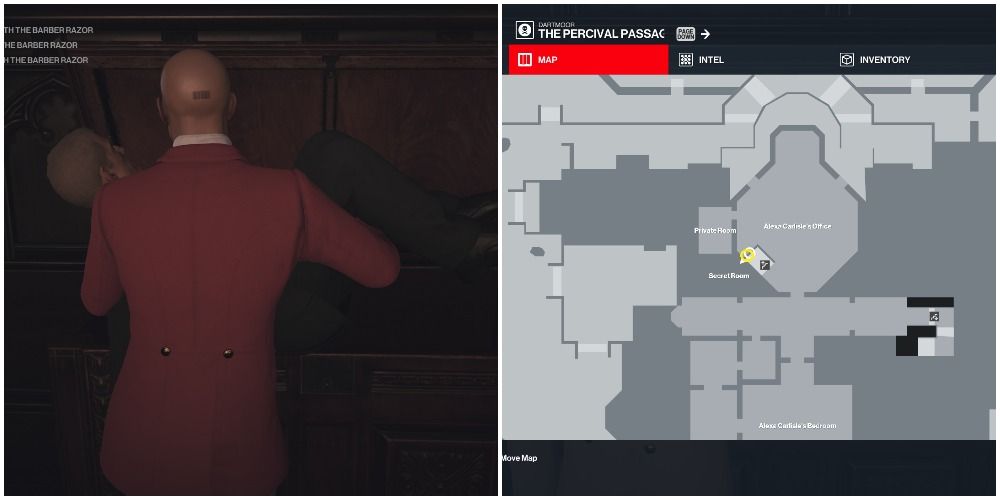 Dump his body into the crate under the stairs in this room and then retrace your steps to the exit just like in level one! Now is when the real fun begins.

Unlike the first two levels, which were closely related, this mission is almost entirely different. The Bartoli shotgun is not silenced, so you’ll have to shoot your targets and then run out of sight. You are allowed to pacify non-targets, but you cannot kill them.

Climb both previous pipes and ignore the barber’s razer and the three previous targets for now. After climbing the second pipe, you’ll have a third pipe to climb right in front of you. 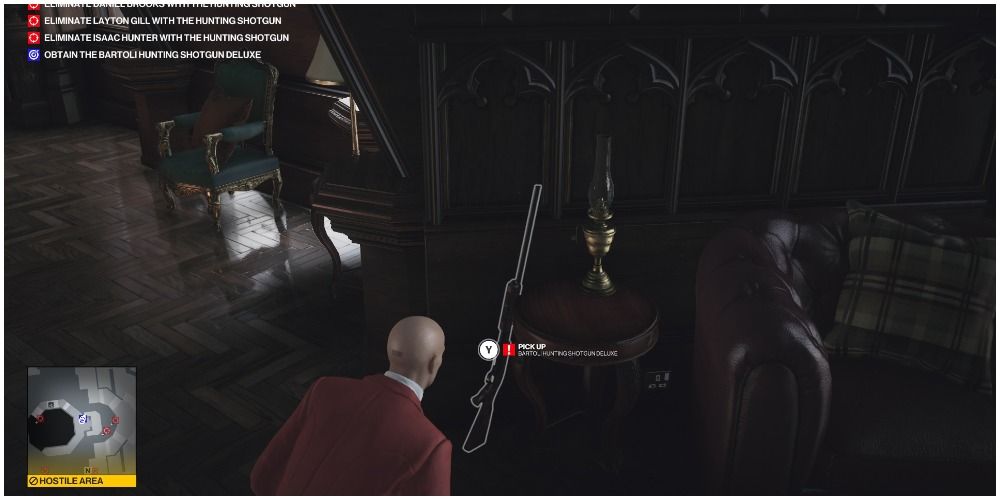 This will lead to the Bartoli Hunting Shotgun and some ammo. Pick it all up and then use the stairs to get behind the third target from level two. He’ll be the first one to bite the bullet this time. Or… pellets, rather. 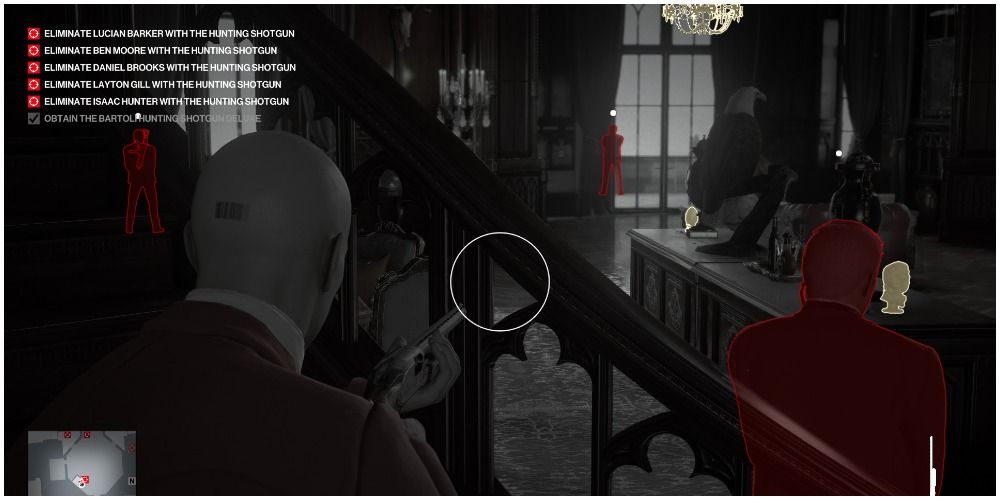 The trick here is to kill all three targets in this area and be gone before the reinforcements arrive. 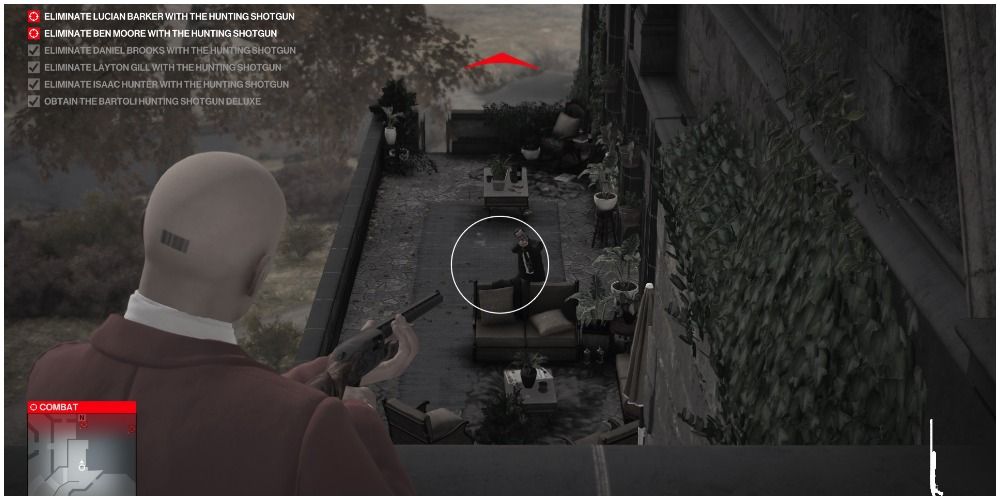 Shoot the fourth target (previously your first target) from this elevated location. It will take two blasts, but he will have to be taken care of before using his balcony to get to the fifth target. Use the second pipe and slide down to escape from this floor. 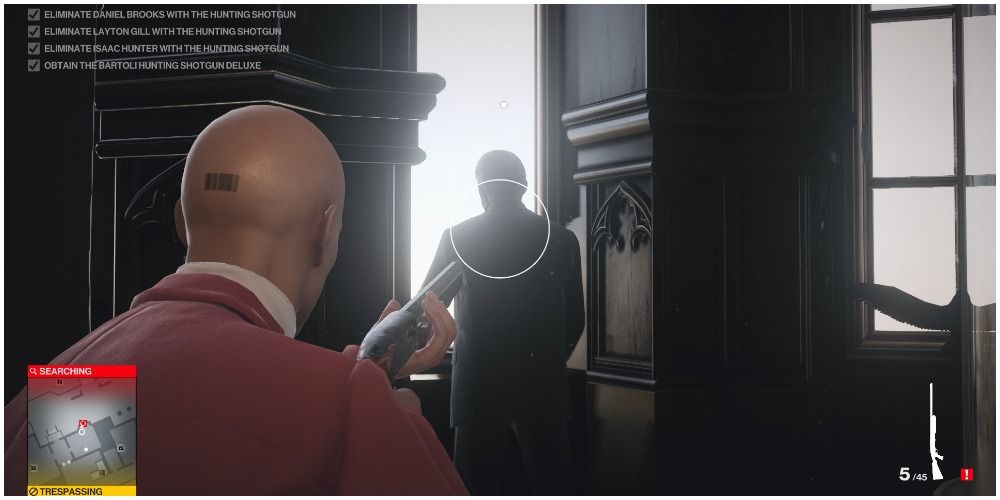 Sneak by the guards just like last time. However, after you shoot the target, the guards from outside of the room will be alerted so instead of retracing your steps, head out of the window in this room before the lawyer can even turn around. 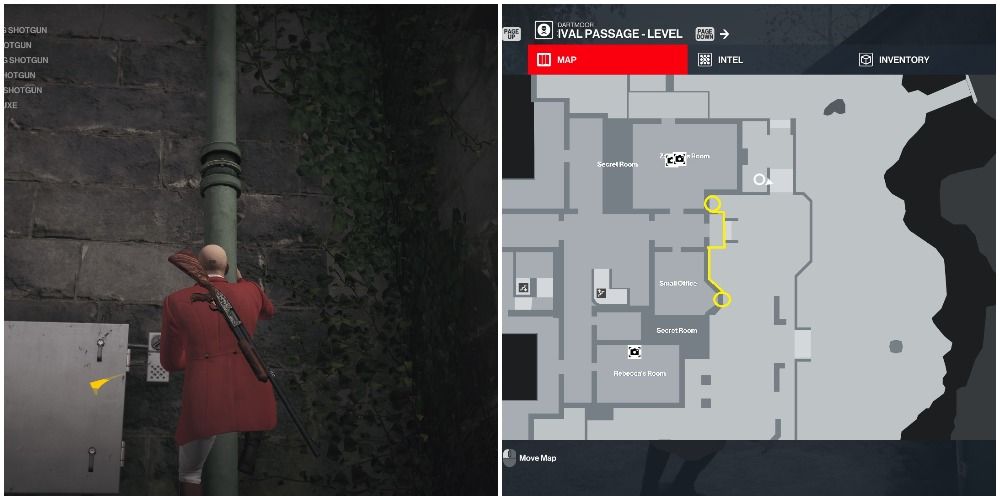 Hang down to avoid eye contact and shimmy around to the right where you’ll find a fourth pipe (you’re not sick of pipes yet, are you?) to take to the ground floor.

Thankfully, the exit you’ve been taking is even closer to this location than the others. The guards will likely be on high alert, so take care to avoid them (don’t kill them!).

Congratulations on completing the escalation! Fox hunting might be outdated, but you make the style look as fresh as ever, 47. 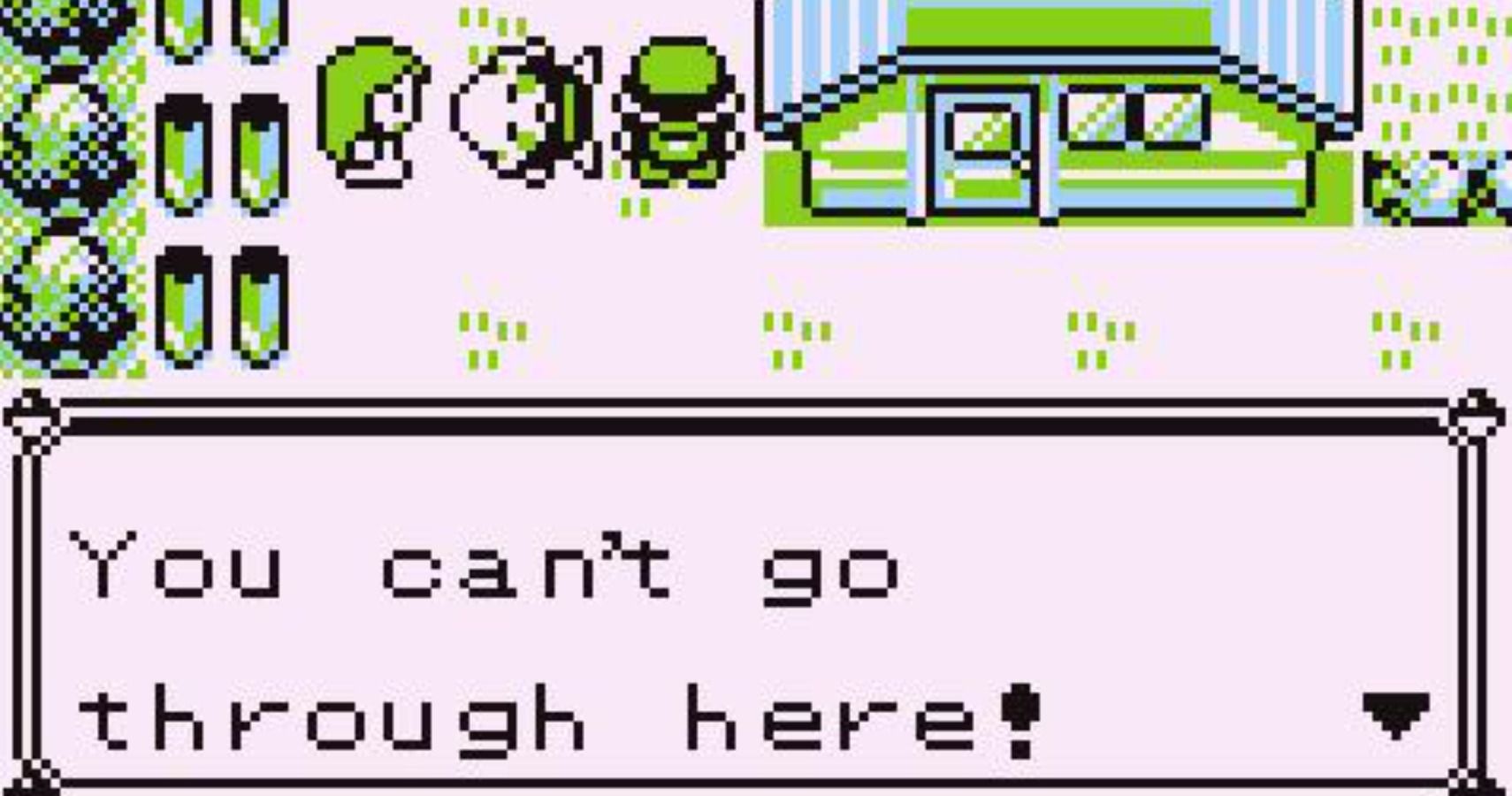 Hodey Johns is a writer for Game Rant based out of the Rocky Mountains in North Ogden, Utah. He’s had a passion for video games and literature since he was a child growing up along the beach in San Diego, California. As a graduate of Theology from Liberty University, he puts his experience with religion, philosophy, and debate into his work. His other interests include sports, bike riding, and good old-fashioned barbecue.