This article contains spoilers for House of the Dragon’s finale, The Black Queen.

House of the Dragon’s first season has been consistently great, especially if you loved Game of Thrones’ political maneuvering more than its action. But action and politics slammed together in House of the Dragon's season finale, and they did so in a way that made a great case for any remaining skeptics that the prequel series had good reason to exist in the first place.

The common complaint about prequels is that, if we know where the story is headed, why should we care about the journey there? If the fate of Westeros has already been determined by Game of Thrones, what suspense can there be in a prequel? That's an especially germain question in the case of House of the Dragon, a prequel whose broad strokes have already been mapped out in George R.R. Martin's House Targaryen faux-historical tome Fire & Blood. Though Game of Thrones, eventually, got ahead of the books, the full story of Fire & Blood is there, in truncated form, on the page. You can go find out how it all ends right now.

But, the last five minutes of The Black Queen made the case that, though we may know how this all ends, the path to getting there is an exciting one. That's because, though we've seen this kind of politicking before, House of the Dragon sets itself apart from GoT in one extremely important way: both sides have dragons. In the episode's climactic scene, director Greg Yaitanes staged something the original series never could have given us in its well-paced and thrillingly shot dragonback battle between Aemond and Lucerys. 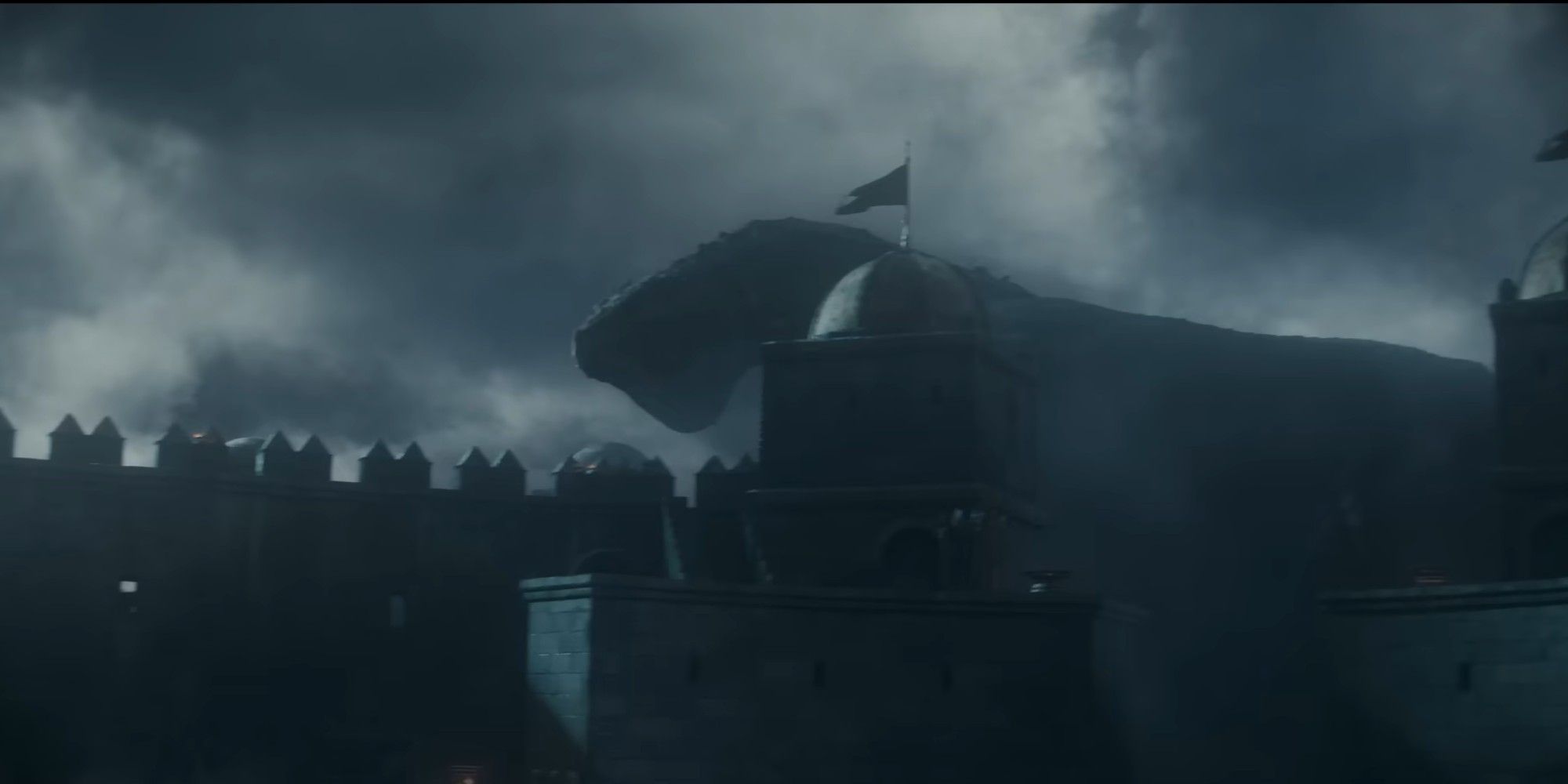 Though it was the chase's conclusion, with Aemond's massive dragon, Vhagar, chomping Lucerys' Arrax, that was most shocking as an audience member and which will have the greatest significance for Westeros' future, it was a different shot that most convincingly sold the awe and horror of the encounter. As the chase begins, Lucerys' and the audience's vision is obscured by the pounding rain. But, when Luke reaches the edge of the clouds, bursting into the daylight, it seems that the odds are turning in his favor; that he has managed to escape his vengeful cousin who wants a literal eye for an eye. But, then we see the key shot: Lucerys on Arrax from below, dwarfed as the massive Vhagar passes overhead. Yaitanes staged a fantasy version of those photos showing the watery silhouette of a massive blue whale beneath a fishing boat and it ruled.

Game of Thrones couldn't do this. Daenerys' claim to rightfully rule Westeros was established by her birth. But it was her trio of dragons, first a clutch of eggs, then cat-sized infants, then full-grown adults, that bolstered her claim and drew warriors to her side. In a world where only one side has dragons, one side can make the rules.

But in House of the Dragon, the big lizards are on both teams. The Blacks have more but, as Vhagar's impulsive bloodshed highlighted, size matters, too. Though much of the coming war will, undoubtedly, play out with boots on the ground, this finale gave me hope that the politicking, which I love, will be complemented going forward with impressive aerial battles (which everyone else loves). Hopefully, there will be directors as skilled as Yaitanes behind the camera staging them.