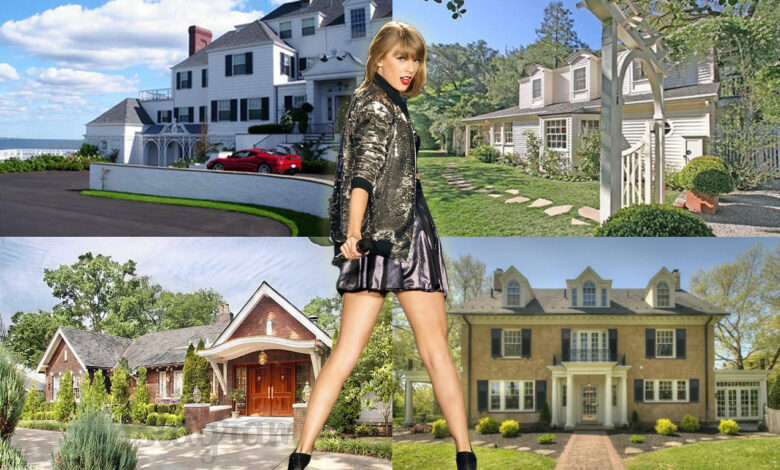 Taylor Swift is arguably one of the most successful recording artists in recent history. As of 2019, Forbes Magazine estimated her net worth at $360 million dollars.

If Taylor Swift owned the rights to her entire musical back catalog — which includes her first six albums, Taylor Swift, Fearless, Speak Now, Red, 1989, and Reputation — her net worth would likely be in excess of $600 million dollars. However, in 2019, musical svengali, Scooter Braun, purchased Swift’s back catalog for $300 million, and industry experts think that Swift’s iconic back catalog of hits may have doubled in value since it was acquired last year. If that was the case (and she owned her catalog), Swift would almost be a billionaire. However, she only owns the rights to her last two albums — 2019’s Lover and 2020’s Folklore.

Her recent album Folklore dropped without any of the fanfare expected from modern pop artists, but it has thus achieved some of the best reviews of her career. Although Swift can’t currently cash in on the touring opportunities from both Lover and Folklore due to the global outbreak of COVID-19, it’s expected that her net worth will only increase in the years to come.

Even outside of music, Swift has also established herself as a property magnate. Currently, Swift’s real estate portfolio includes eight homes that are valued at over $81 million dollars. Taylor Swift purchased her first home aged only twenty years old, and she still owns it today! Swift’s Nashville penthouse is located at the heart of the famous Music Row. Allegedly, Swift purchased the penthouse for $2 million dollars, but it’s increased in value since it was purchased. With three bedrooms, two-and-a-half baths, and 3,240 square footage, Swift has described it as “whimsically girlie,” and did all of the interior decorating herself. 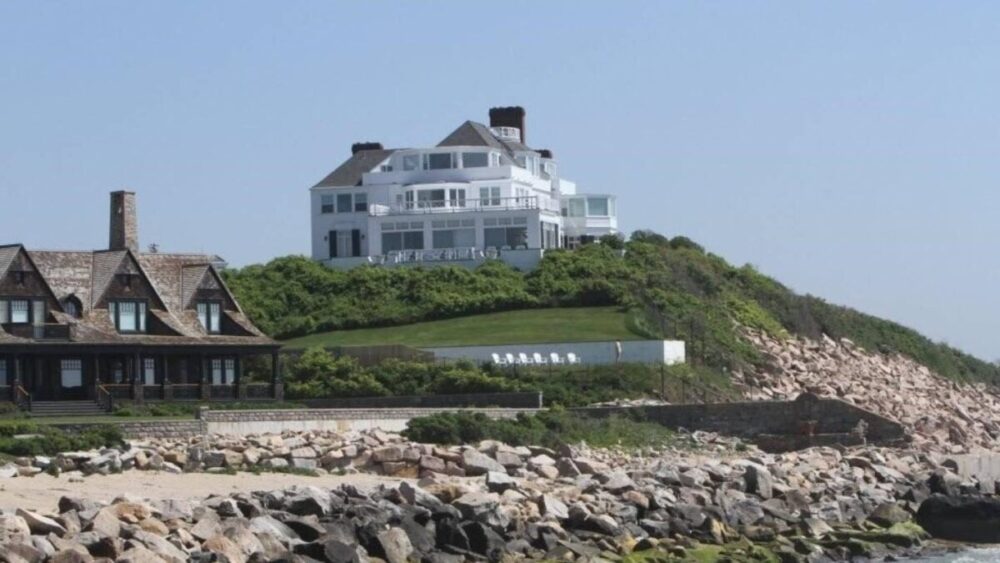 Aside from her palatial penthouse, Swift also splashed out on a lavish estate in the Forest Hills suburb of Nashville. Although valued at the least expensive property in Swift’s impressive roster, this Greek Revival mansion features vaulted ceilings, marble fireplaces, and herringbone floors. With four bedrooms and four-and-a-half bathrooms, the main house is 5,600 square feet. Adjacent to the spa-like outdoor pool is a 2,000 square foot guest house for Swift’s stable of famous friends. 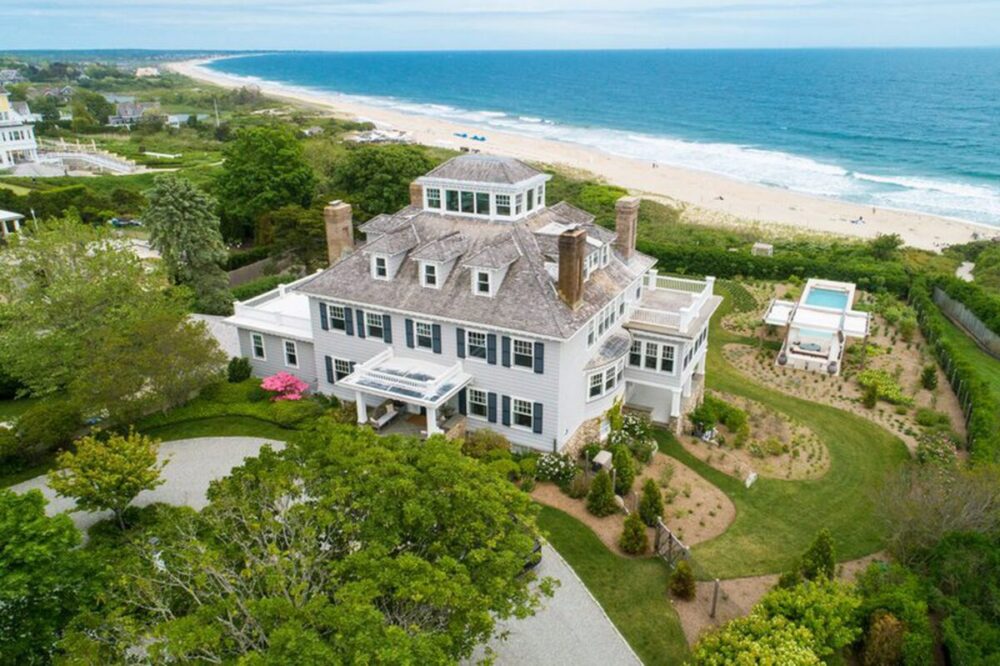 Before becoming one of pop’s more reclusive songstresses, Swift once threw mega-ragers at her incredible mansion in Rhode Island. Her fourth of July parties were stuff of legend, and it’s not hard to see why when looking at her Gatsy-esque home on the East Coast. 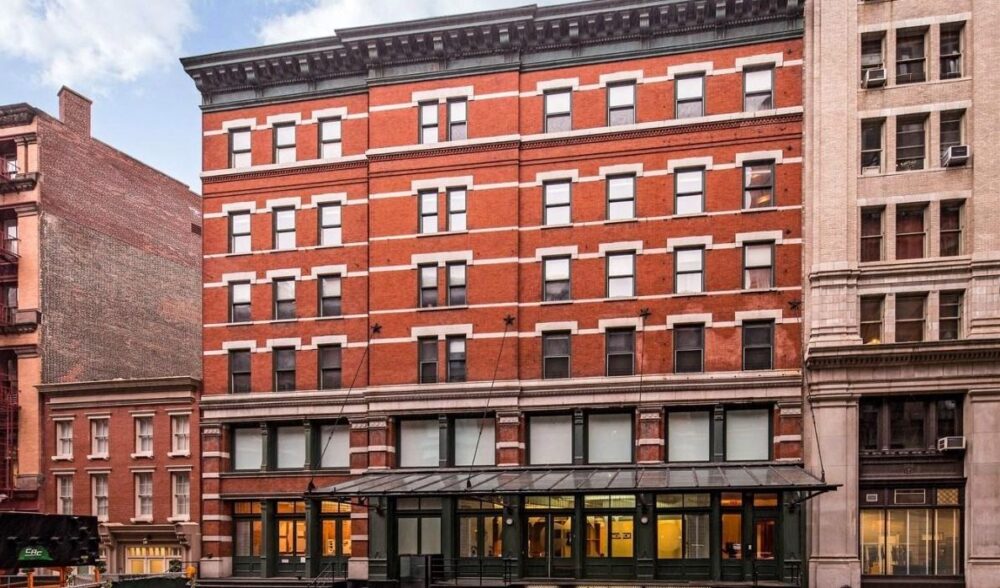 Taylor Swift moved to New York shortly before recording her runaway hit album 1989 and in 2014 she purchased two adjacent penthouses in New York’s trendy Tribeca neighborhood and converted them into one mega penthouse with 8,309 square feet. This penthouse has 10 bedrooms and 10 bathrooms, along with a state-of-the-art and expansive kitchen — plus a regal master staircase. 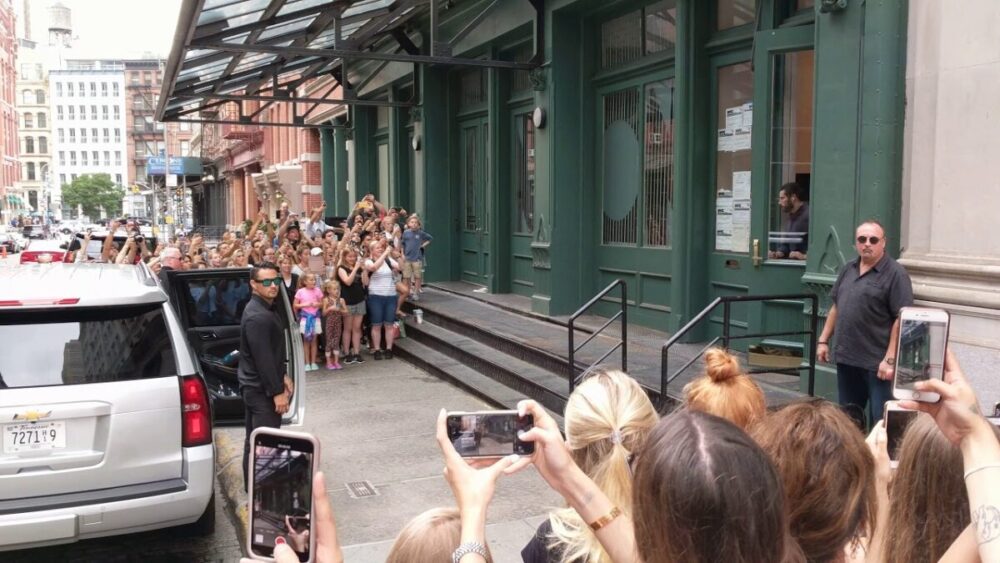 In 2017, Swift continued to put down roots in the Big Apple when she purchased a four-story townhouse next door to her Tribeca mega-penthouse. The luxury residence is over 100-years-old and boasts 5,148 total square feet. With a light and airy first floor, the historic townhouse also features a full gym, steam bath, bar, guest suite, and a home theatre. In February of 2018, Taylor Swift purchased another Tribeca condo in the same building as her luxury penthouse. This second-floor condo was formerly owned by Australian financier, Jeremey Phillips, who sold the apartment to Swift in an off-market deal for approximately $9.75 million dollars. After adding this condo to her expansive real estate portfolio, Taylor Swift now owns over $40 million dollars worth of real estate on just one block of Tribeca. It’s unsurprisingly nicknamed ‘Taybeca’ by some online fans. 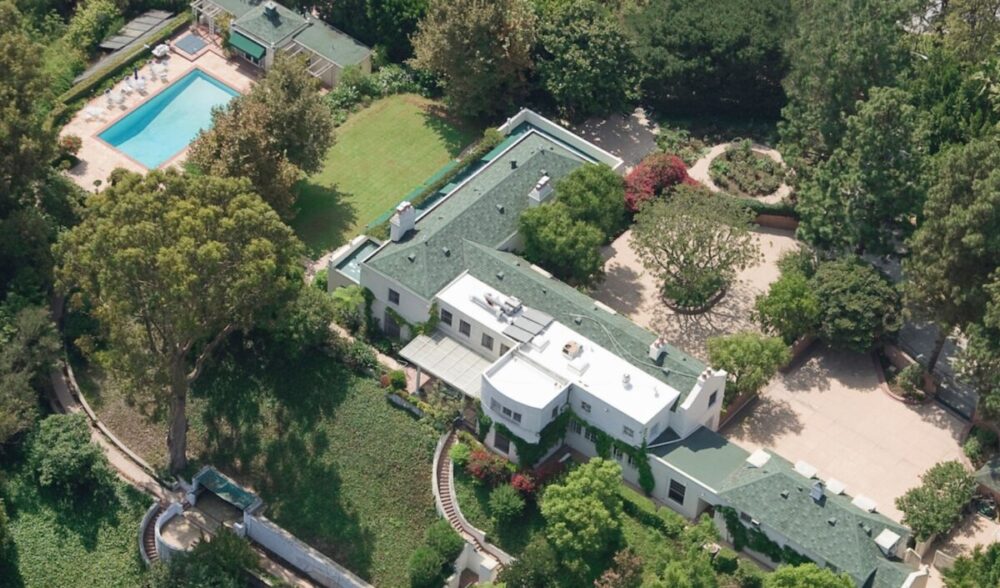 On the inside, the 1930s estate has a galleria entrance, screening room, gym, and guest suite with a private entrance. A large and private guest apartment is located above the garage if one of Taylor’s friends should visit.

Swift has been busy restoring her Los Angeles based home into a historical landmark, and the Beverly Hills Cultural Heritage Commission voted in favor of her request.

As of 2020, it’s unknown just how much real estate Taylor Swift owns, although due to her transatlantic long-term relationship with British actor, Joe Alwyn, it’s expected that she also has real estate assets located in London, UK.

She’s also sold much of her real estate portfolio in recent years, and she had previously owned two other properties in Los Angeles — including the Cape Cod style four-bedroom cottage featured in her Vogue segment “73 Questions With Taylor Swift” and a midcentury-style home which featured a climate-controlled wine cellar and pool. She sold both properties at the tail end of 2018 for $4 million and $2.65 million dollars respectively.

Have you ever wanted to look up the assets of the rich and famous? If you’re curious to see the real homes of Hollywood’s elites, check out Instant Checkmate. Instant Checkmate is a public record search engine, that can compile a comprehensive background report on almost anyone. Along with criminal records, possible relatives, social media profiles, and court records, you may also be able to view a location report and assets that belong to someone. Here you can see how many homes someone owns, along with other locations and real estate records. Search for your favorite celebrity to find out what life is like for the rich and famous!