Marvel’s Spider-Man brings web slinging in New York City to life in a way no other game has. Being able to effortlessly glide between skyscrapers as you backflip over buildings and zip to corners before propelling yourself in the air, and nose diving into another swing right before you hit the ground, is some of the most fun I’ve had in an open-world game. It makes traversal unique and interesting, rather than a doddering slog from point to point. And yet, strangely, it’s a chore to hunt down collectibles.

Like many open-world games, you’re given a checklist of items, and all you have to do is swing to each one and press a button, complete an incredibly simple puzzle (that’s the same each time), or snap a pic. It’s the definition of monotonous, and even Spider-Man’s quips and reminiscing about each discovery isn’t enough to keep it from going stale. Backpacks, Ubisoft-like towers to unlock the map, and landmarks—where you take a photo of a building—are the only collectathon-style objectives in Spider-Man, and none require any real thought.

We riff on Arkham for its Riddler trophies,how complex they can be to get and how many there are, but they're far better collectibles because you actually have to do something to get them. Spider-Man’s backpacks, which are the closest equivalent, are stuck to walls with no barrier to grab them—just tap a button and voila. The upcoming sequel could finally remedy this by playing into its new villains, Venom and Kraven. What if we had to find scattered equipment by solving unique puzzles that require you to get rid of symbiote goo, or unearth Kraven’s past by navigating high-security puzzles—that are different each time—to grab his prized mementos? Maybe the famed hunter has a few souvenirs of his past victories that could shed a light on who we’re up against. 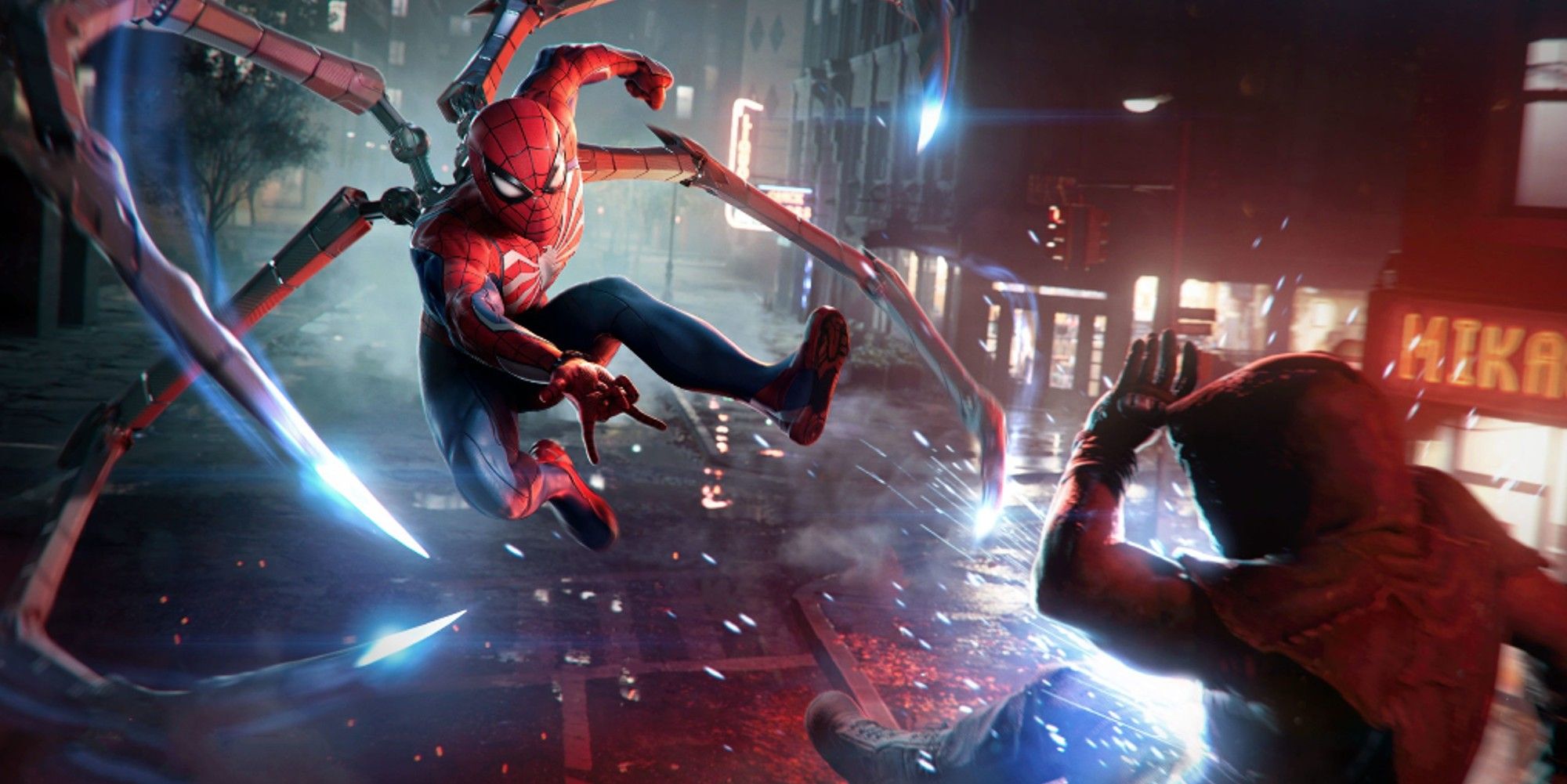 We grabbed all of Spider-Man’s backpacks, snapped photos of every landmark, and turned all the towers back online, so Spider-Man 2 will need new collectibles, because I doubt Peter has any more belongings lying around NYC waiting for him to go back and pick them up. It’s the perfect opportunity to reinvent the weakest part of the first game’s open-world, something even Miles Morales gave into with its time capsules and postcards, despite its livelier take on NYC.

It’s a hangover of Insomniac’s platformer days, but the platformer approach to collectibles just doesn’t translate to open-world games. In platformers, you at least have tricky jumps off beaten paths and secret routes to hidden areas, all branching out of an otherwise linear game. These lead to the same kinds of collectibles as Spider-Man, with Ratchet & Clank having Golden Bolts, Holocards, Nanotech Boosts, and more, all of which you get simply by walking into them. But they have interesting paths leading to them, whereas the open-world of Spider-Man requires you to simply get from point A to B, over and over and over.

I’ve no doubt I’ll end up going for the Platinum trophy in Spider-Man 2, just as I did with the first game and Miles Morales, but I hope that next time around, it’s more interesting. Hell, even if that means letting me listen to an unbroken J. Jonah Jameson podcast for the laughs, that’d at least be more engaging than hitting a button and hoping some bird seeds drop out.