Immortality is a wonderful game. The latest FMV title from Half Mermaid and Sam Barlow, creator of Her Story and Telling Lies, is innovative, unsettling, and captivating. It's a huge step forward from Barlow, who wildly expands the scope from his previous games, to include a sprawling cast acting in three radically different movies. It's great, and you can read as much in my review. But, the one thing I was most excited about as I followed Immortality pre-launch, is a bit of a disappointment.

The trailer shown at this year’s PC Gaming Show contained a screen which read, "Match cut your way into mystery," before showing off a few examples of the mechanic in action. The player clicks on a cross necklace, held right side up, and the camera zooms in on it, then zooms out to reveal a different cross, facing the same direction, assembled from Polaroids. The trailer does a similar thing with its characters, zooming in on Marissa Marcel, turned to the right, and transitioning to another shot of her where she is also turned to the right.

Basically, I’m finding the use of the term "match cut" and the examples selected for the trailer to be a bit misleading. A match cut, in film, is a transition from one shot to another shot with a similar composition. For a famous example, in 2001: A Space Odyssey, an ape throws a bone into the air, it rotates through the sky, and as it begins to come down, director Stanley Kubrick cuts to a satellite in space. The satellite, like the bone, is positioned in the center frame. It has a long, straight shape, like the bone. And, Kubrick cuts to it at the moment that the trajectory of the bone's rotation would reach the same angle the satellite is positioned in. So while the two shots use different colors and different props, the objects in the shot are positioned so that the two shots feel intrinsically connected. 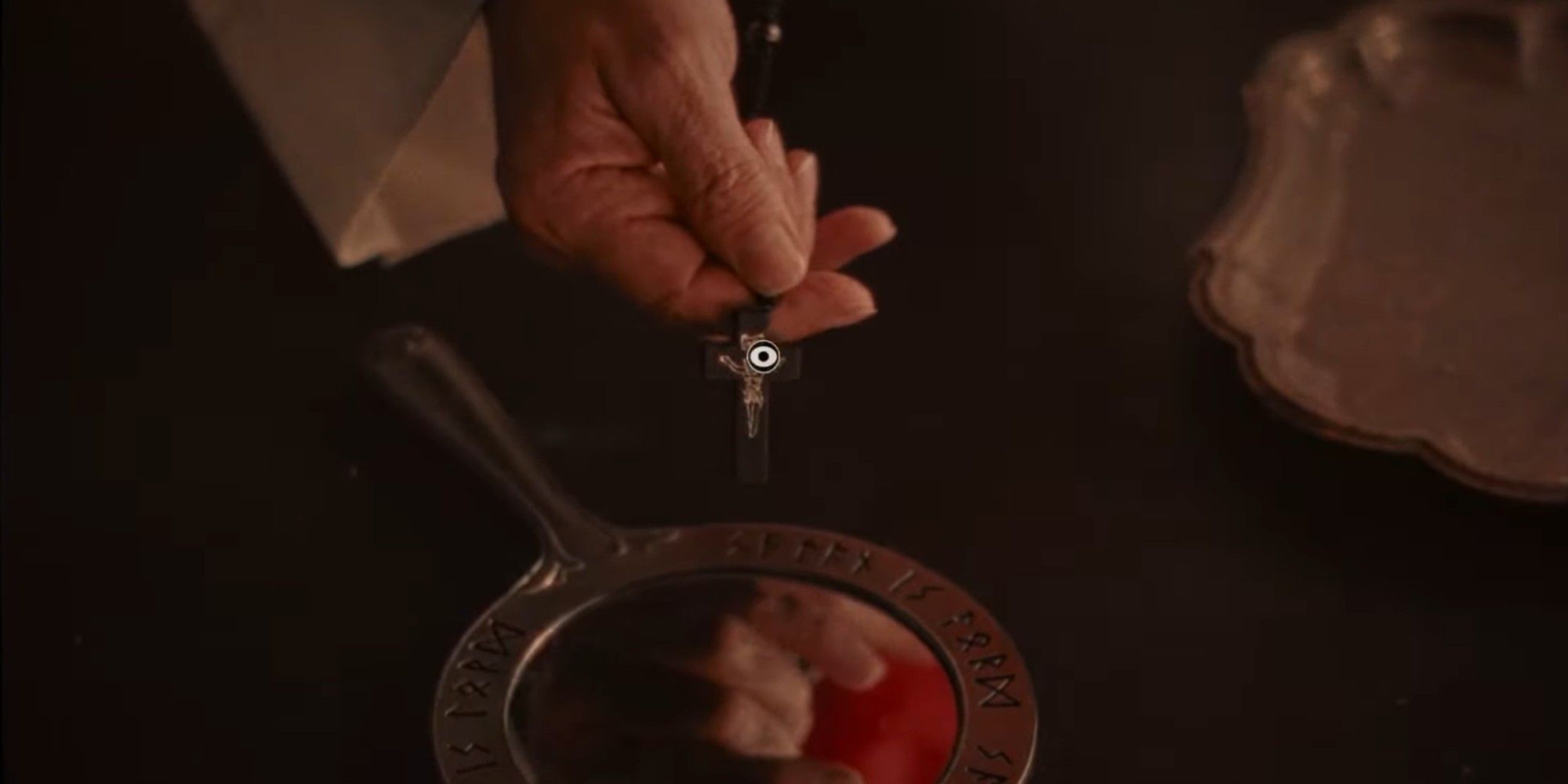 This connection can be used to communicate a lot of ideas. It could be telling us that however far technology advances, from the primitive tools of our evolutionary ancestors to the apex of human invention, it will always have the potential to be used for violence. It could tell us that humans will always be prone to barbarism, no matter how civilized we consider ourselves. It could tell us, through the use of the sky in both shots, that despite the massive amount of time separating the two eras being represented, our existence is insignificant in the face of the natural world. This is the power of a match cut. Through the repetition of composition, it can communicate ideas far larger than the two shots it links could reveal on their own.

That's why the way Immortality uses its "match cut" mechanic is so disappointing. Instead of the transitions between shots communicating ideas, they often communicate nothing, except that the object or character is in both shots. In one scene, a boom mic intruded at the top of the shot, so I clicked on it. This took me to another scene, where a microphone was sitting on a table, near the bottom of the shot. That's not a match cut, that's just the same general kind of item being in two shots. Given that, without spoiling too much, some characters are not what they initially seem to be, clicking on an actor can be more illuminating. But, transitions freighted with that kind of meaning are vastly outnumbered by transitions that don’t seem to mean much of anything.

Is it even possible to make a game that transitions between actual match cuts? I think so, but who knows? Assembling a game like that would require a ton of planning (and Immortality is already an unimaginably complex game ). Plus, it might just result in a lot of scenes employing similar compositions. It might just be boring and repetitive and Immortality might not be a better game if it actually used match cuts. As is, the system in the game is a major improvement over the ones in Her Story and Telling Lies, because it pushes players to engage with the images that make up a film, not the words we have to reduce them down to in order to talk about it. But, I'm still hopeful that, eventually, Barlow and the team at Half Mermaid make a game that does what they indicated Immortality would do.