Like any RPG, you get what you give to the game. The same is true for I Was A Teenage Exocolonist, which rewards personal, emotional, mental, and physical growth. The kudos currency system reflects this philosophy, rewarding players with points for performing community tasks and putting their best efforts into self-improvement.

In turn, players can exchange kudos for various gameplay advantages that improve their performance in card challenges. Excelling in card challenges rewards bonus kudos and skill points, giving your character access to higher paying opportunities in the long run. So, understanding how to earn kudos and where to use them is tantamount to success. 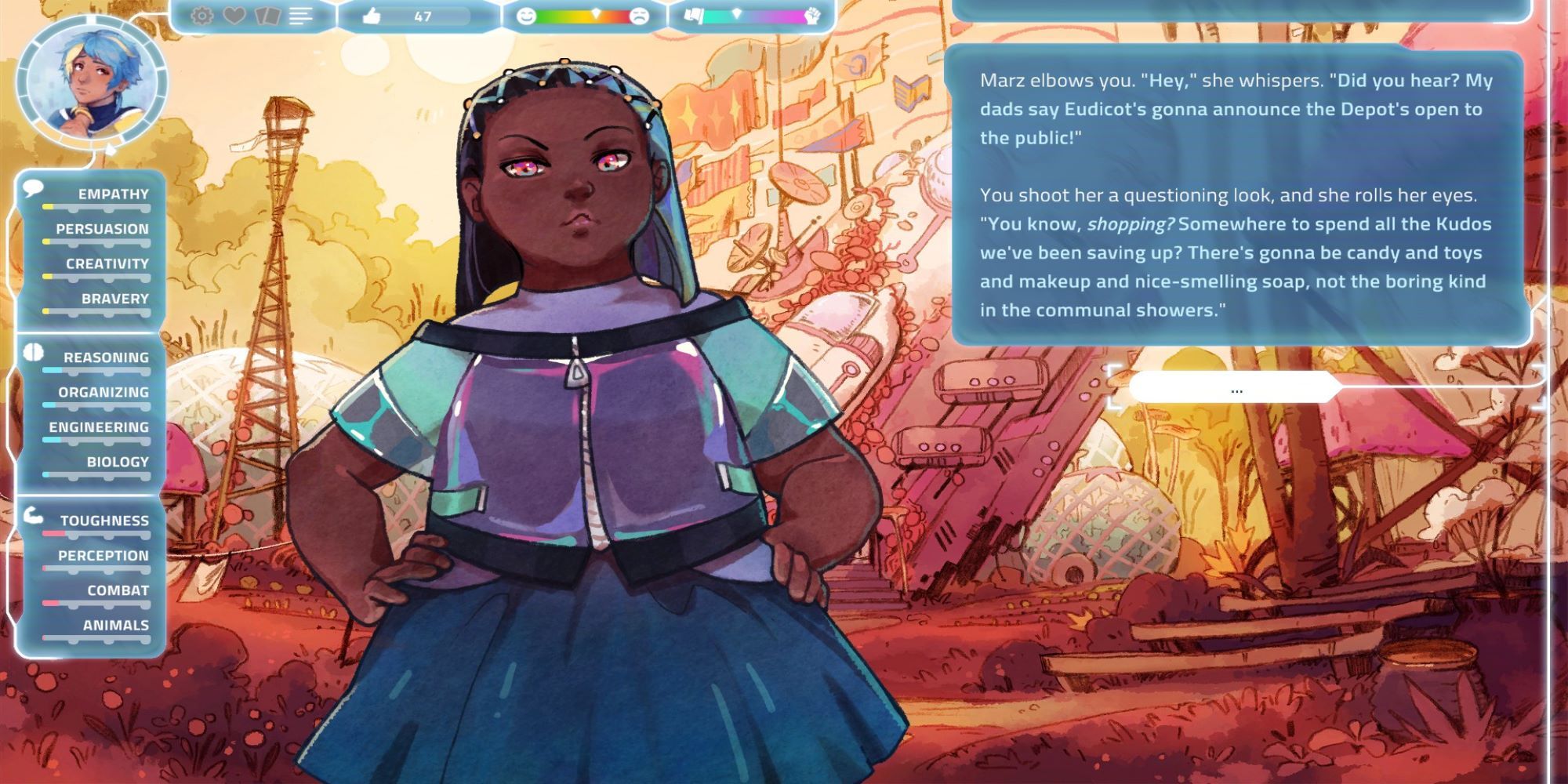 Kudos are a form of social currency. From a gameplay perspective, you primarily earn kudos by performing tasks for the colony. Then, you can spend your kudos on gear, collectibles, memory cards, and facility usage. However, one significant difference exists between kudos and currencies in other RPGs, such as Gil.

The primary difference is that you can't sell items in exchange for kudos. We haven't found a sell option in any of the game's facilities. This option's absence makes sense, considering that kudos are a social currency earned from performing public works. The idea of selling items for kudos instead of earning them through community service goes against the social currency's foundational concept.

How Can I Earn Kudos? 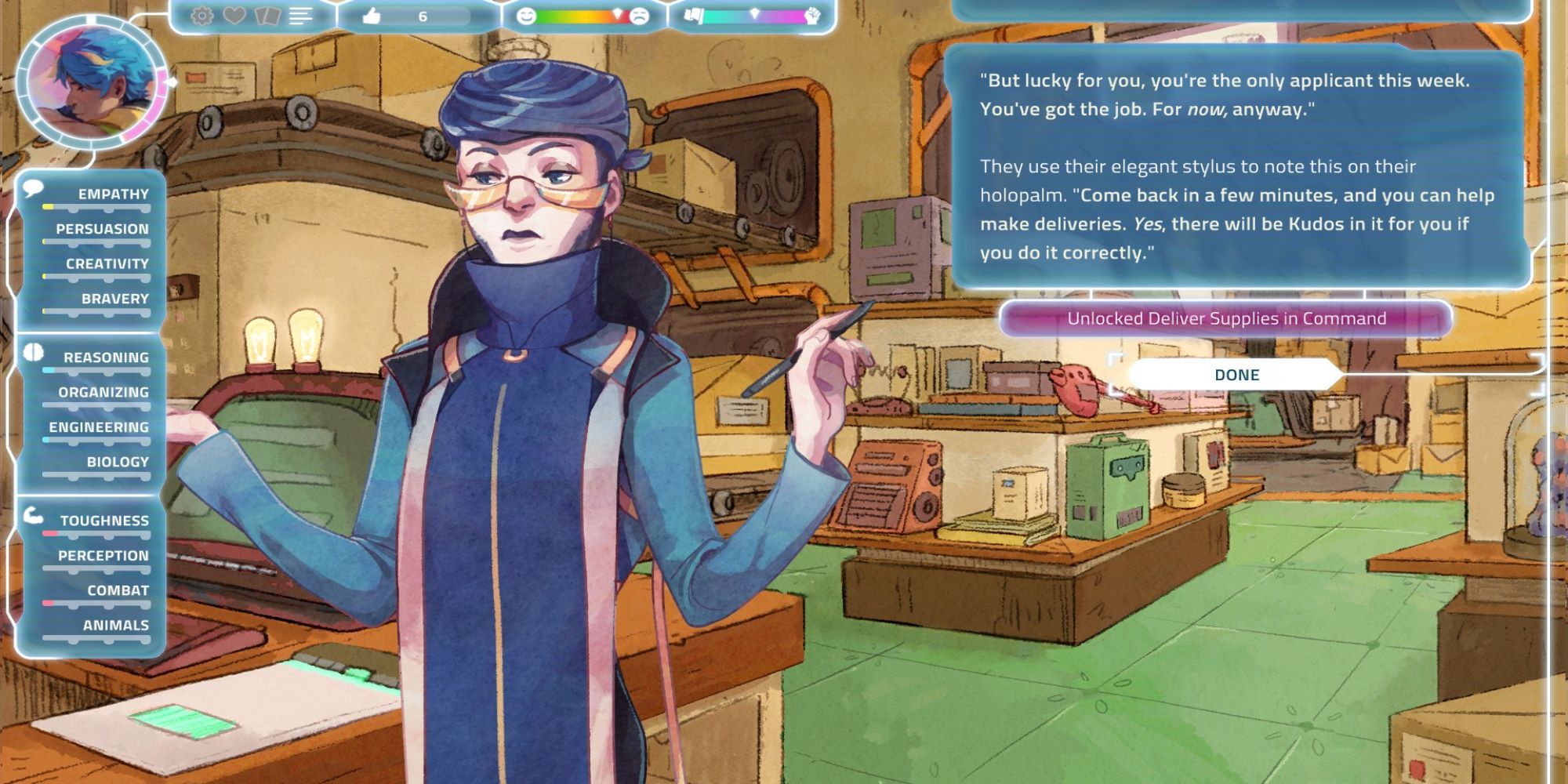 Most activities you perform in the game reward kudos. For instance, even school studies grant kudos when you perform well. However, your primary source of kudos comes from picking up jobs throughout the community. Here is a complete list of ways to earn kudos.

Card challenges are a significant part of I Was A Teenage Exocolonist's gameplay. Therefore, any monthly activity you choose will include one. The only exception is resting. So, even if you choose an activity that does not grant kudos, like studying life sciences in Engineering, you can still win bonus kudos from its card challenge.

Kudos bonuses get awarded for assembling the highest value hand possible in a card challenge. So, mastering this aspect of the game will pay off significantly.

Working Jobs In The Colony

While any card challenge can award kudos, the challenges that reward the most come from working jobs. There are several jobs you can take on in the community. Your first job opportunity is shoveling dirt in Geoponics with your parents. However, as your skills improve, so will your job prospects.

Additionally, the higher you progress through a field, the more kudos you can make. Consider Geoponics, for example. The entry-level job, shoveling dirt, pays five kudos. Mid-level jobs, like working on the farm and tending to the animals, pay ten kudos. Finally, studying xebotany, an expert-level job, pays fifteen kudos. These salaries are regardless of card challenge performance.

You can also earn kudos through story events. For example, if you perform a favor or good deed for an adult in the colony, they may reward you with kudos. Or, you may receive kudos as a gift. Unless you know the story paths of the game remarkably well, you can't predict when these moments will happen. Still, your choices in these moments can result in kudos.

Are you looking for an extra kudos advantage? In that case, consider abstaining from a genetic enhancement when creating your character. You will miss out on the skill boosts and memory card. However, you'll start the game with a thirty-kudos head start. Considering how little low-tier jobs pay, that's a considerable trade-off.

Where Can I Spend Kudos? 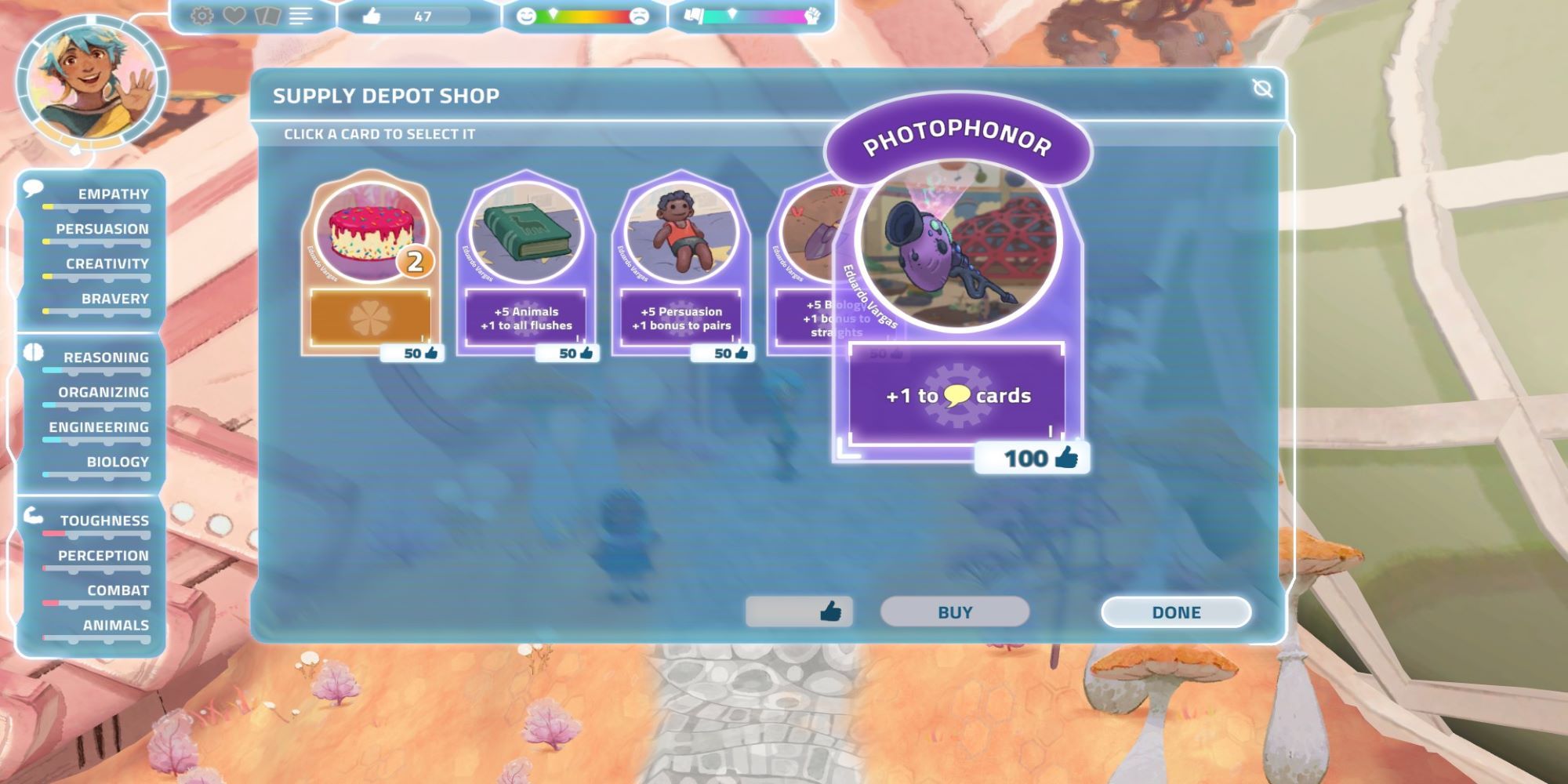 Multiple wings of the Vertumna colony offer services where you can spend your kudos. Some of these services unlock on their own. However, others have a skill wall one must pass to gain access. All of them can help improve your card challenge gameplay. Here are some examples: