Google Stadia officially ends service at midnight on January 18, and there’s been an alarming amount of celebration over that fact. Stadia was a horrifically mismanaged platform brought down by shortsighted business decisions and Google’s unwillingness to invest in long-term support, but the technology behind it was, and still is, remarkable. Anyone who loves games should be rooting for innovative industry disruptors, not cheering on the status quo. Stadia was never given the chance to become a stable platform, and I’ll always miss what it could have been.

Stadia remains the best example of what cloud gaming has to offer. It represented an escape from the bottomless pit of hardware investments we’ve been stuck in since the dawn of in-home gaming, and introduced opportunities for game development and player interaction that will never be possible as long as we’re stuck in the world of consoles, PCs, and hard drives.

With Stadia, anyone could have instant access to gaming. You didn’t need to buy a PlayStation or invest in graphics cards to play next-gen games. At first all you needed was a Stadia controller, an internet connection, and a screen to play on. With new updates and features like bluetooth and phone link, you eventually didn’t even need the controller. Stadia embodied Xbox’s ‘play anywhere’ mantra before Microsoft could. Any phone, tablet, smart TV, laptop, or PC could be a Stadia device in a moment's notice. Using just what you have right now, you could play the latest games today, and know that you’ll be able to play the latest games in five years, ten years, on the exact same devices.

It still feels like magic to play a Stadia game. When you open the app or go to Stadia.com, you can just click on a game and seconds later you're playing it at 60 frames in 4K, no downloads, no storage required. Stadia had features – some realized and some never delivered – that don’t feel possible. You could click on a link and launch a playable demo without even needing to log in. You could take a screenshot, send it to someone, and then that person could launch the game at that exact frame, using your save state. You could turn on a YouTube stream and instantly join the streamers game. Game Pass, Luna, and Geforce now are all cloud gaming platforms that have a lot to offer, but the things Stadia was doing were light years ahead of the competition.

Stadia's biggest win came with the release of Cyberpunk 2077, which was broken on anything other than expensive, high-end PCs – and Stadia. If you wanted to play one of the most highly-anticipated games of all time in 2021, you could either invest $1,000+ in a gaming PC, or you could just buy a copy on Stadia. Google was giving copies of Cyberpunk away with Chromecasts too, so even if you didn’t have a laptop, tablet, phone, or PC to play it on, you could still play it on any TV. Google should have seized this moment as real, tangible proof of Stadia’s efficacy, but the moment passed and the platform started slipping away shortly after. 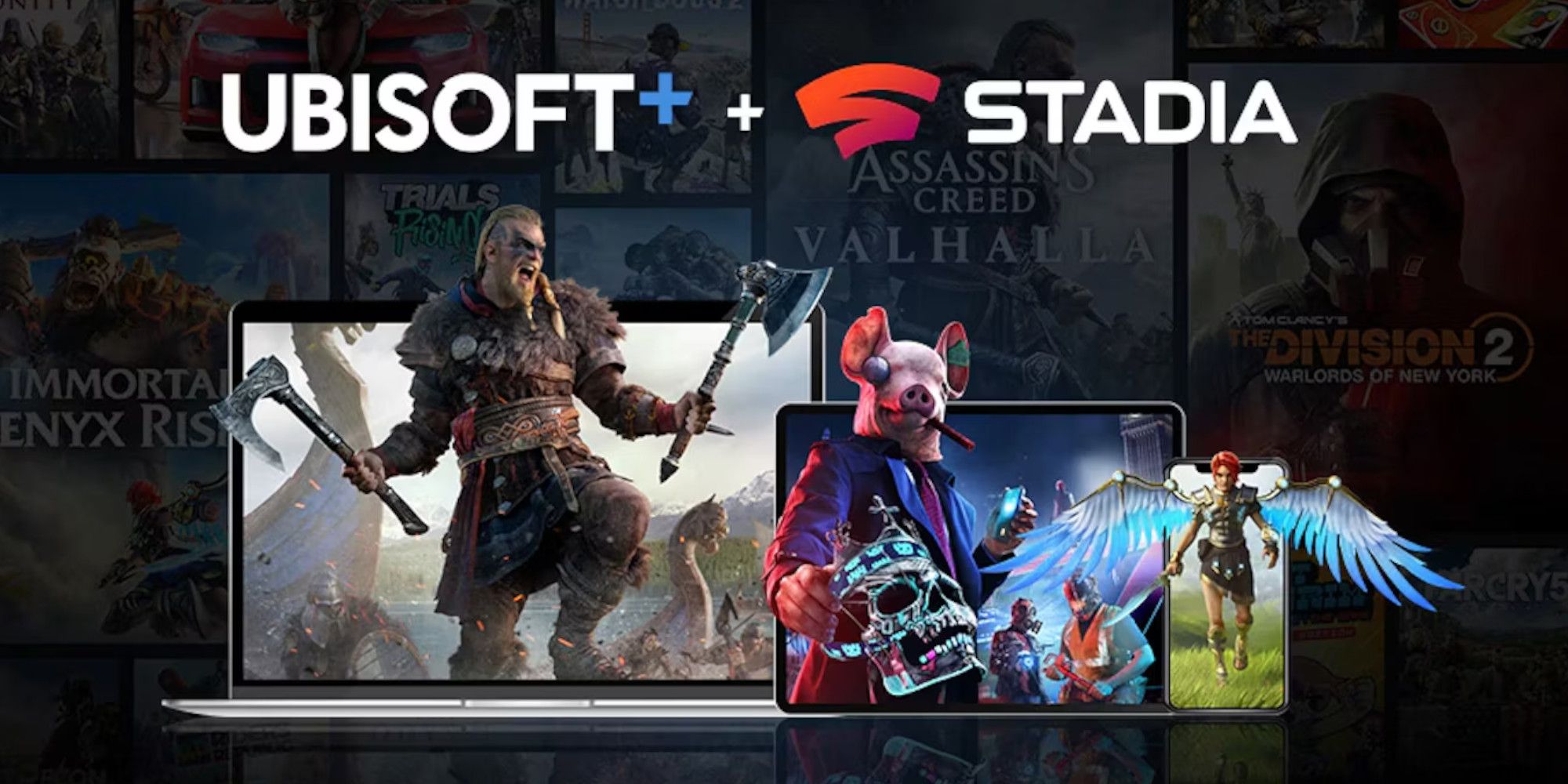 Stadia failed for a number of readily apparent reasons. It scaled up quickly by establishing an internal development team led by Jade Raymond and purchasing developers like Typhoon Studios, but it abandoned the entire development initiative only a year later before ever releasing a single game. The platform’s monetization strategy was purchase-driven instead of subscription-driven like Game Pass or Luna, which made it opt-out entirely. No one likes buying digital games outside of Steam or console storefronts, particularly when they’re not confident the platform will even be around in the future, for obvious reasons.

But the biggest hindrance to Stadia’s growth is the most obvious one: it didn’t have enough games. The same thing that killed the Dreamcast and the WiiU (and nearly took Sega and Nintendo with them) is the same thing that broke Stadia, there just wasn’t enough access to games. Other than Ubisoft, Stadia wasn’t willing or able to incentivize publishers to invest the time and resources to make their games Stadia-compatible, and even when Stadia did get ‘new’ games, it was always many months too late. No one wanted to build for Stadia because it didn’t have an audience, and it didn’t have an audience because no one wanted to build for Stadia. This should have been priority number one for Google, but it clearly wasn’t. Stadia didn’t die because the world isn’t ready for cloud gaming, it died because Google didn’t commit to it.

Stadia will undoubtedly live on. The technological advancements Google made will find their way into other cloud platforms, and the incredible work that was done won’t go entirely to waste. Microsoft is in the best position to carry the cloud gaming torch now, though it remains to be seen how invested it will be – Cloud Gaming with Xbox Game Pass, the service formerly known as xCloud, is still in beta and there hasn't been a substantial update in almost a year. Had Google focused on acquiring games and allowed its studios to develop something great, I think Stadia could have had a bright future as an alternative to traditional gaming platforms – and perhaps even a replacement for them, eventually.