Islets is a positively charming adventure platformer set in the skies, with five different floating islands to explore. You'll fight and jump your way through countless hazards, traps, and foes who want nothing more than to ruin your day.

While the game does a good job at teaching you the basics, some things are left to you, the player, to discover. With a few hints, you can make the experience go quite smoothly – here are some of those hints. 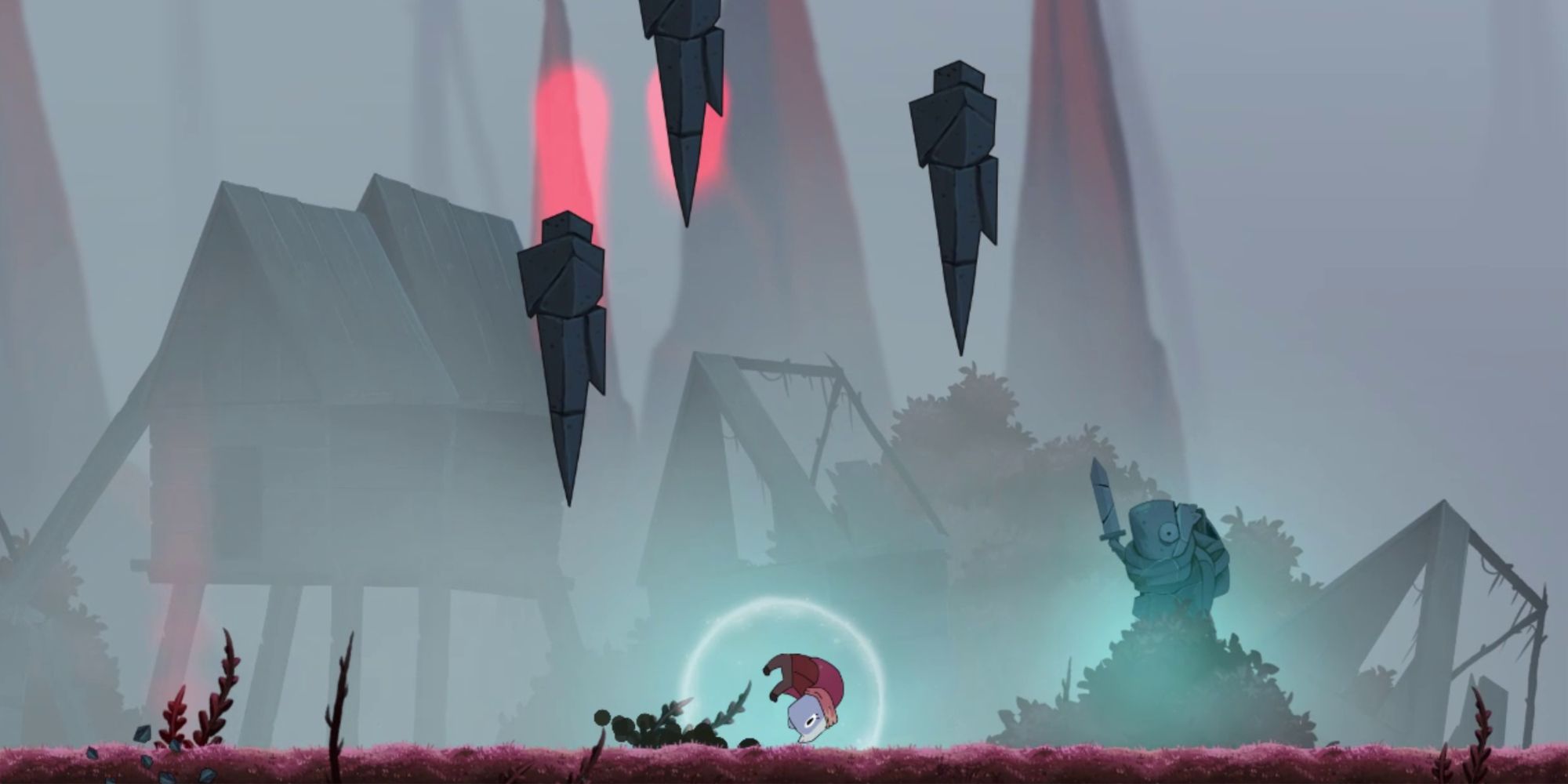 Iko's dodge roll has extraordinarily generous invincibility frames – it would be silly not to use them. Not only does the roll make you totally invulnerable to damage, but it has quite a bit of distance attached to it.

The tutorial for the dodge roll has you rolling through spikes, which will damage you even if you approach them from the side. It might not seem obvious, but this application is true for all hazards. As long as you can approach from the side, your dodge roll can launch you harmlessly through entire enemies, let alone their attacks.

One trick you can use is to abuse the short period of invincibility you receive after getting struck. It lasts a little over a second – if you begin a dodge roll just as the invincibility ends, you can extend your period of invulnerability. This can be used to vault through dangerous rooms filled with monsters or entire floors filled with spikes without taking more than one hit of damage. 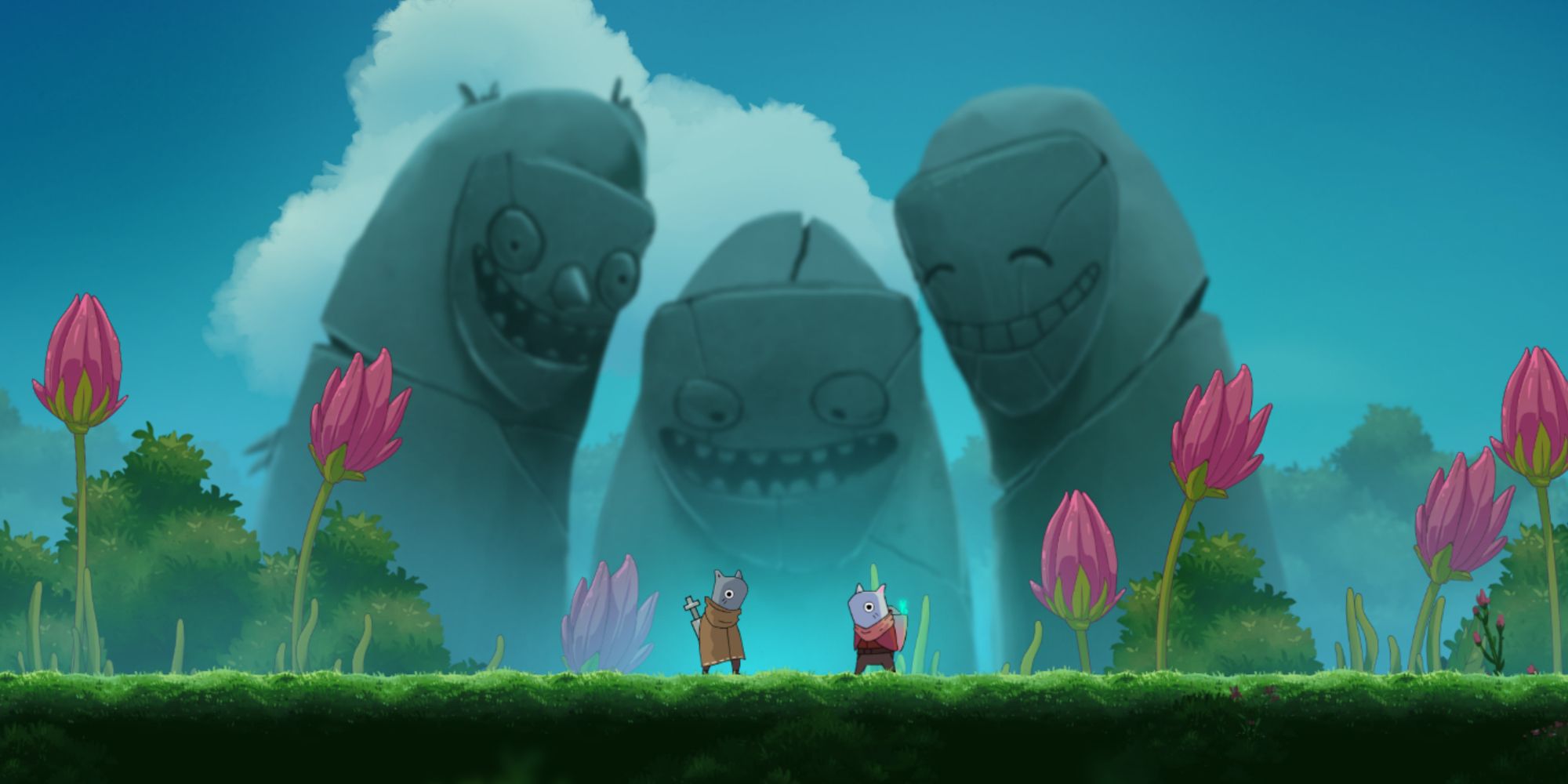 If you haven't played a Metroidvania before, you may be unaware of one of the genre's defining features – returning to old areas with new abilities.

As you play through Islets, you'll pick up new ways to interact with the environment: a sword slam to break rocks underneath you, a charged-up attack that breaks the densest rocks, and even the ability to climb walls and walk upon arrow trails.

While it might be a bit time-consuming, returning to old areas every time you gain a new traversal ability is a surefire way to get as many upgrades as you can, which can leave you ahead of the curve when it comes time to face new bosses. 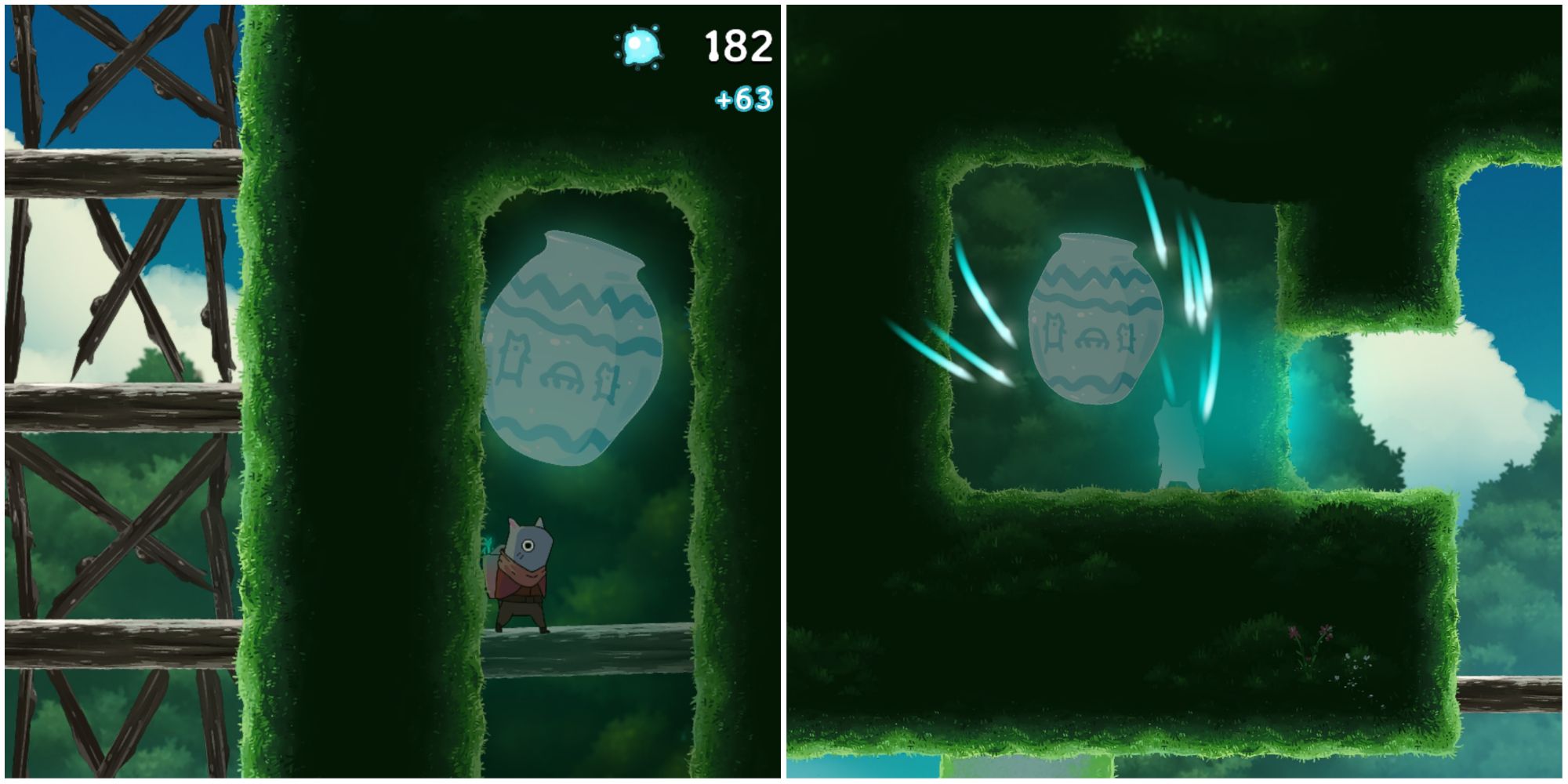 Islets contains many, many secret little areas hidden either behind breakable walls or through walls you can simply walk into. You'll normally notice them as passageways that look like they lead to a dead end – explore them and you're likely to find upgrades or large, floating jars that can be broken for currency.

Save Up For Map Markers 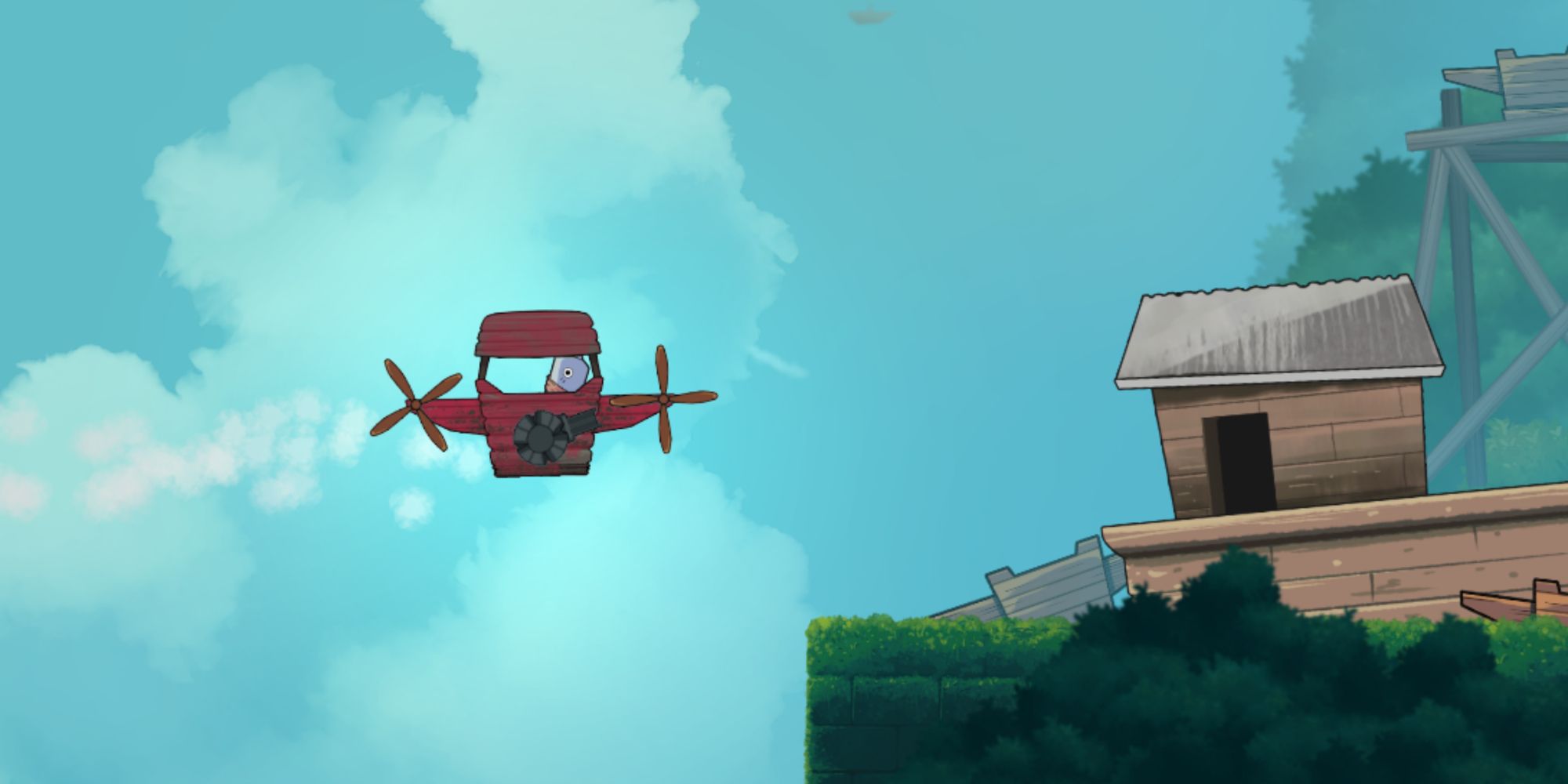 One of the things you can purchase in Sky City is an addition to your map – markers that will point you to the locations of upgrades. There are 60 in the game, and you'll want to get as many of them as you can, as you can upgrade everything from your health to your attacks.

Once purchased, you'll be able to see the locations of all unclaimed upgrades on the map. When zoomed out they appear as white dots, but when zoomed in, they appear as small head icons resembling their appearance in the world.

Upgrade locations will not show up until you've actually entered that area – in other words, you need to reveal the map before they show up.

The feature costs 2,500 currency. While this may seem like a lot, it'll rack up quite quickly, and you don't need to be buying the upgrades from the other shop just yet. Definitely try to get this as soon as you can, as the quicker you can root out the upgrades, the sooner you can become more powerful than the game really expects and dominate it. 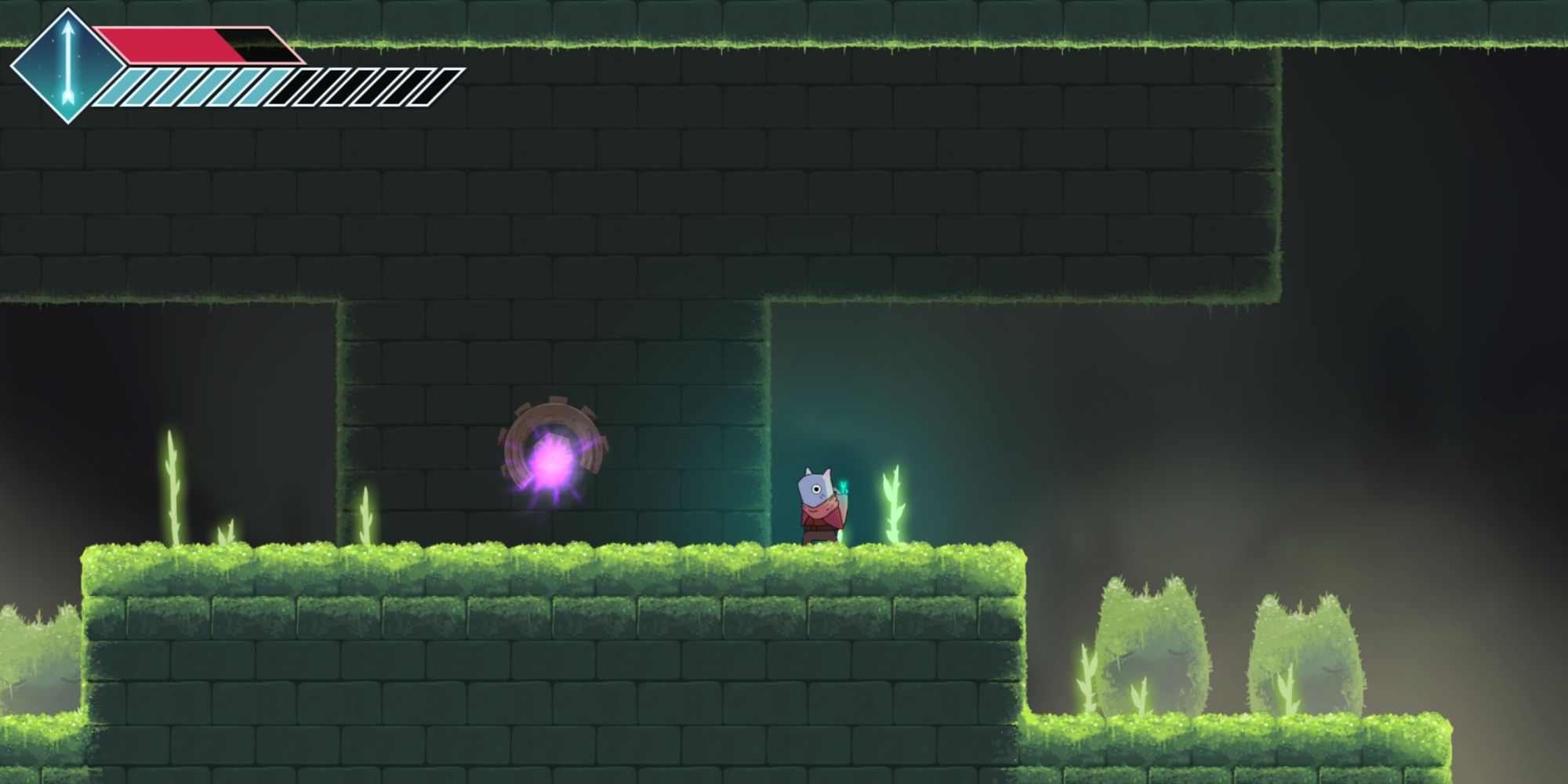 There's an NPC in Sky City who will place a marker on your map for a measly amount of currency. It will tell you where you need to go next to progress the story. This is really helpful, especially as the world of Islets opens up very quickly, expanding significantly with each new power you unlock.

Usually, you can tell where you need to go next, thanks to gaps in your map, but it can be tricky to remember which ones require what unlockable powers. 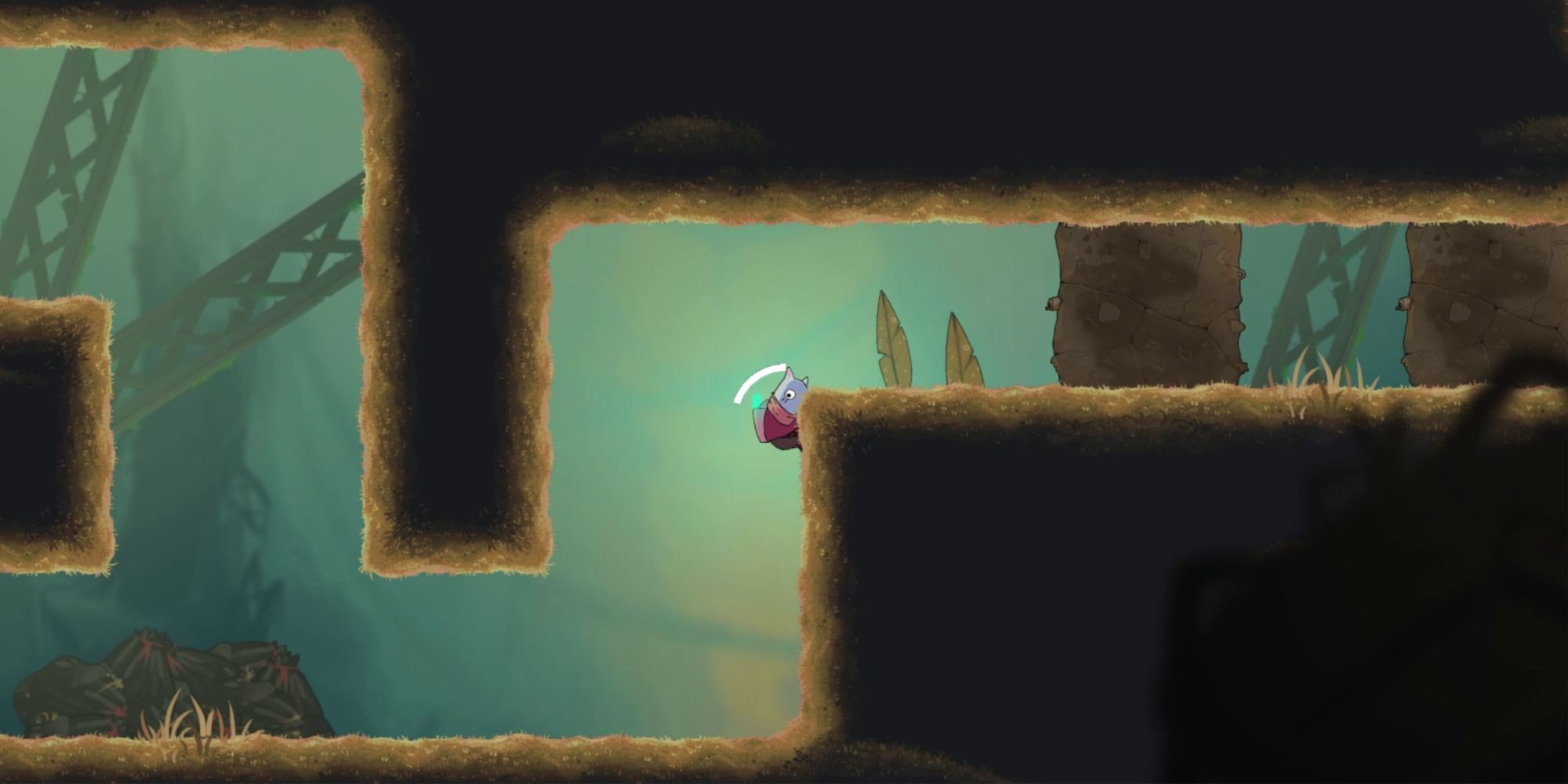 One of the powerups you unlock in the game is the ability to climb up walls infinitely. This is an extremely handy tool for getting around, and there are some things that the game doesn't tell you about it: 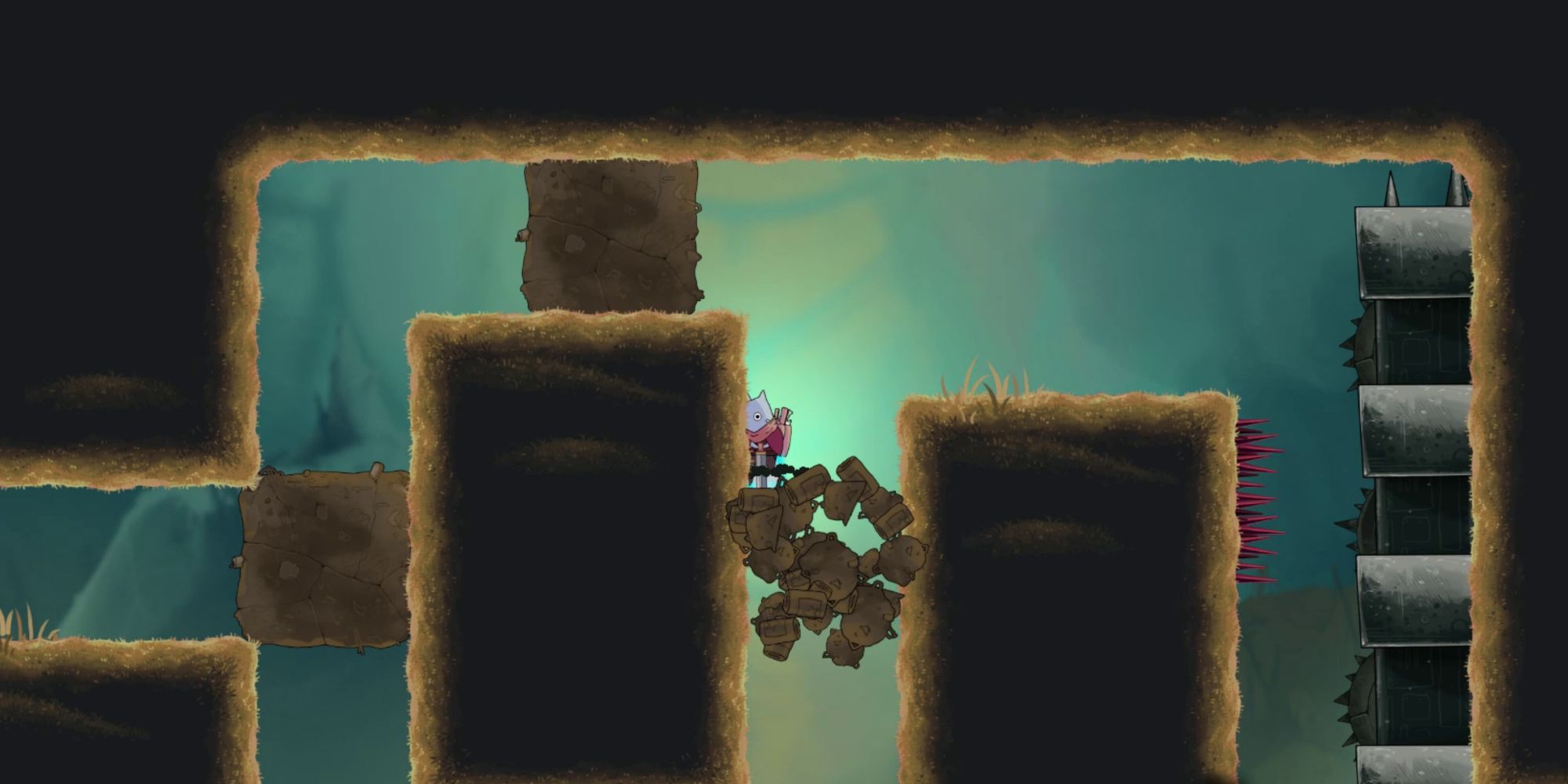 Quite early on in the game, you'll unlock the ability to slam your sword down into the ground from midair. This is first used to break rocks from above but is also a very powerful attack in its own right. You'll collect various upgrades to your slam attack as you go through the game – if you see one as a possible selection, get it!

Not only can you dive through enemies with relative ease like some Sephiroth cosplayer, but once you unlock the shockwave part of the attack, it becomes the best boss killer in the game. Bosses tend to be very large, and they'll take a ton of damage from all parts of the attack.

This strategy will work best on the largest bosses and will be ineffective against bosses that don't stand on the ground, such as the ClockMaker and Runaway Plant.