Oh good, another pirate game. So what will set King of Seas apart from the current best pirate game, Sea of Thieves?

Well, for starters, it’s not a first-person pirate simulator. King of Seas has more in common with Sid Meyer’s Pirates! than it does with Rare’s game. The focus is more on naval combat from an overhead view, with ships firing multiple cannons simultaneously rather than firing what few cannons a crew of four can load at a time.

Also, unlike in Sea of Thieves, King of Seas is a singleplayer game that lets you equip your ship with a giant laser. 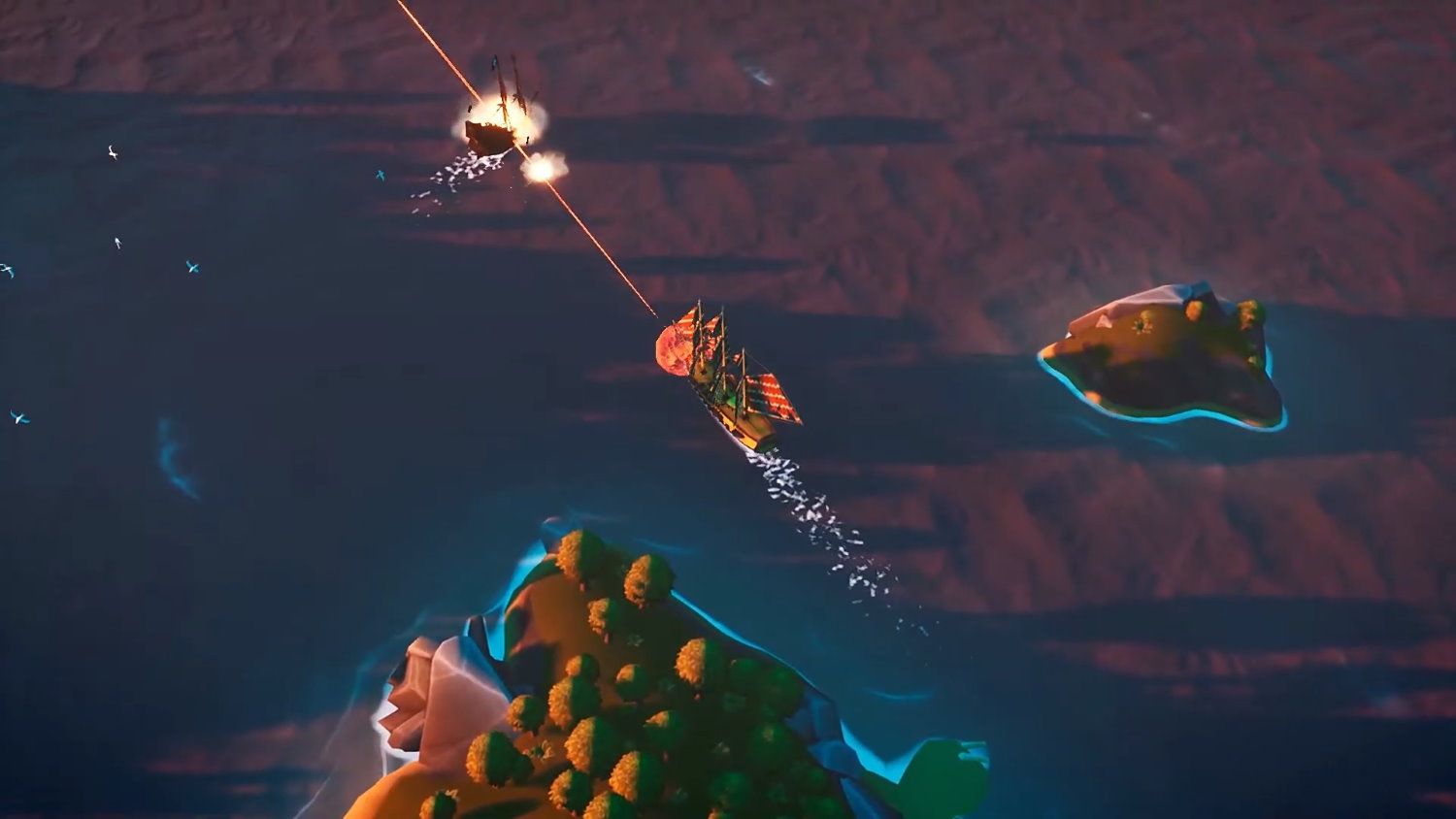 King of Seas has a bizarre relationship with historical accuracy. First, the world is procedurally generated and entirely fictional, even though ship designs will be largely based on classes that were common during the Golden Age of Piracy. There will be real historical figures in King of Seas, though, so that’ll just add another element of confusion.

And then there’s the aforementioned lasers. You can equip your ship with 900 customizable items, and apparently not all of those items are cosmetic. They’re also not entirely accurate to 1400s technology, either.

King of Seas features a dynamic world where naval and shipping routes change depending on who owns what territory. The weather will affect your ship’s handling, but so too will your ship’s class. There are five types to choose from, including sloop, brig, flute, frigate, and galleon, with each gaining benefits from an RPG-like talent system.

Exploration plays a key component, so you won’t have a map that shows the entire world right off the bat. Instead, you’ll have to push back the fog of the unknown by traveling from island to island, trading, fishing, and hunting for treasure along the way.

King of Seas will arrive in port this holiday season, with versions available for the PS4, Xbox One, Nintendo Switch, and PC via Steam. Wishlist now to be alerted when this game becomes available.