Anyone who's played 2018's God of War will instantly grin when they hear the word "boy", the phrase used by Kratos for Atreus throughout most of their adventure. It seems that we won't be hearing it in Ragnarok, however, as several previews for the game that released today have noted that Kratos doesn't say it once in the opening hours of the game.

For those unaware of why this is a big deal, Kratos calls Atreus "boy" a lot in God of War, to the point where it became a meme around the time the game launched, even getting referenced by Christopher Judge when presenting at The Game Awards. Even outside of it being a meme, it was a key part of the last game's story, showing the distance in Kratos and Atreus and highlighting their dynamic.

Earlier today, several previews for God of War Ragnarok went live, detailing the first few hours of the game. One of the most interesting takeaways from these previews is that Kratos doesn't say the word "boy" once, instead calling Atreus by his name. 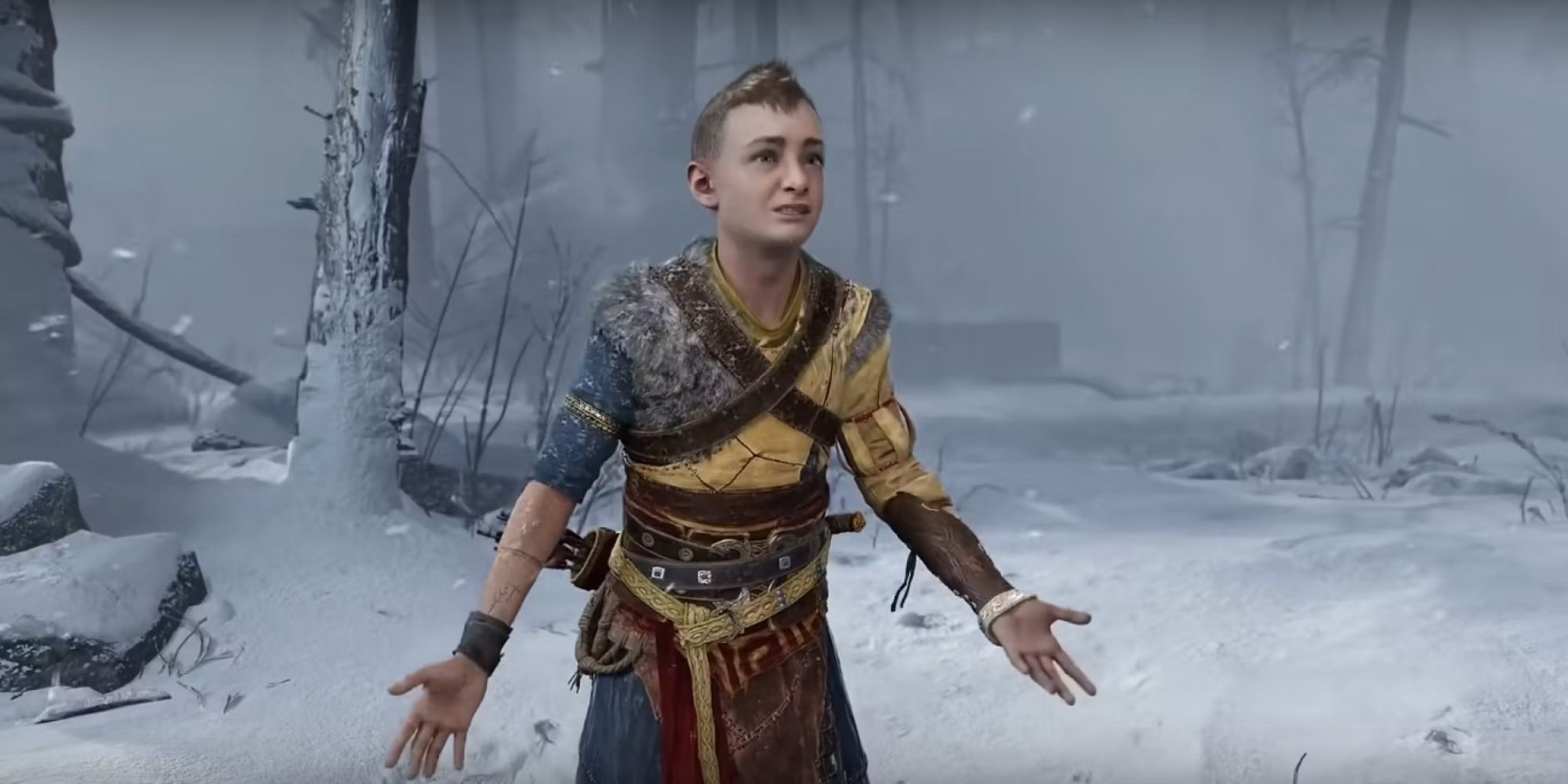 The reasoning behind Kratos dropping the word "boy" was explained by Ragnarok's director, Eric Williams, in an interview with GamesRadar+. Williams said, "He calls him Atreus. It's that idea that we really wanted it to be this feeling of like 'oh, I can find a way into this story, whether I'm a parent or a child, or I'm somewhere in between, or I remember both sides of it'. There's a way in for everyone."

The strengthened relationship between Kratos and Atreus sounds like it's going to be tested now that the latter is a little bit older, however. Williams also spoke about how Atreus' attitude and dynamic within the group has changed now that he's older and a bit wiser.

Williams explained, "The last game you had Atreus just always being told what to do by adults. Anybody asks a question and they never give him an answer. But we wanted to be a lot more grey. Now we're getting into Atreus being like, "Well, I don't think it's like that". And (Kratos and Mimir) are like, "Oh, are you being sassy? Or should we actually have a real conversation about this?"