Assassin’s Creed: Valhalla has been out since November 10 and has had its fair share of updates and cosmetics since launch, such as the Draugr bundle. A brand new set has just been leaked which shows off some fiery, MMO-looking demonic gear.

According to Reddit user thebradster94x, this brand new set will come with a couple of fire-based bonuses fitting to the visuals. When your weapon is ignited, you’ll receive health upon being hit and, on top of that, the weapon will do bonus damage.

It might not be the most immersive of gear, but that’s not been a huge point with Ubisoft in the past few entries into the franchise. Nonetheless, its in-universe, canonical explanation is that it’s an Animus hack, meaning that somebody got bored of playing through history in the standard attire and wanted to feel at home in a World of Warcraft-type getup. 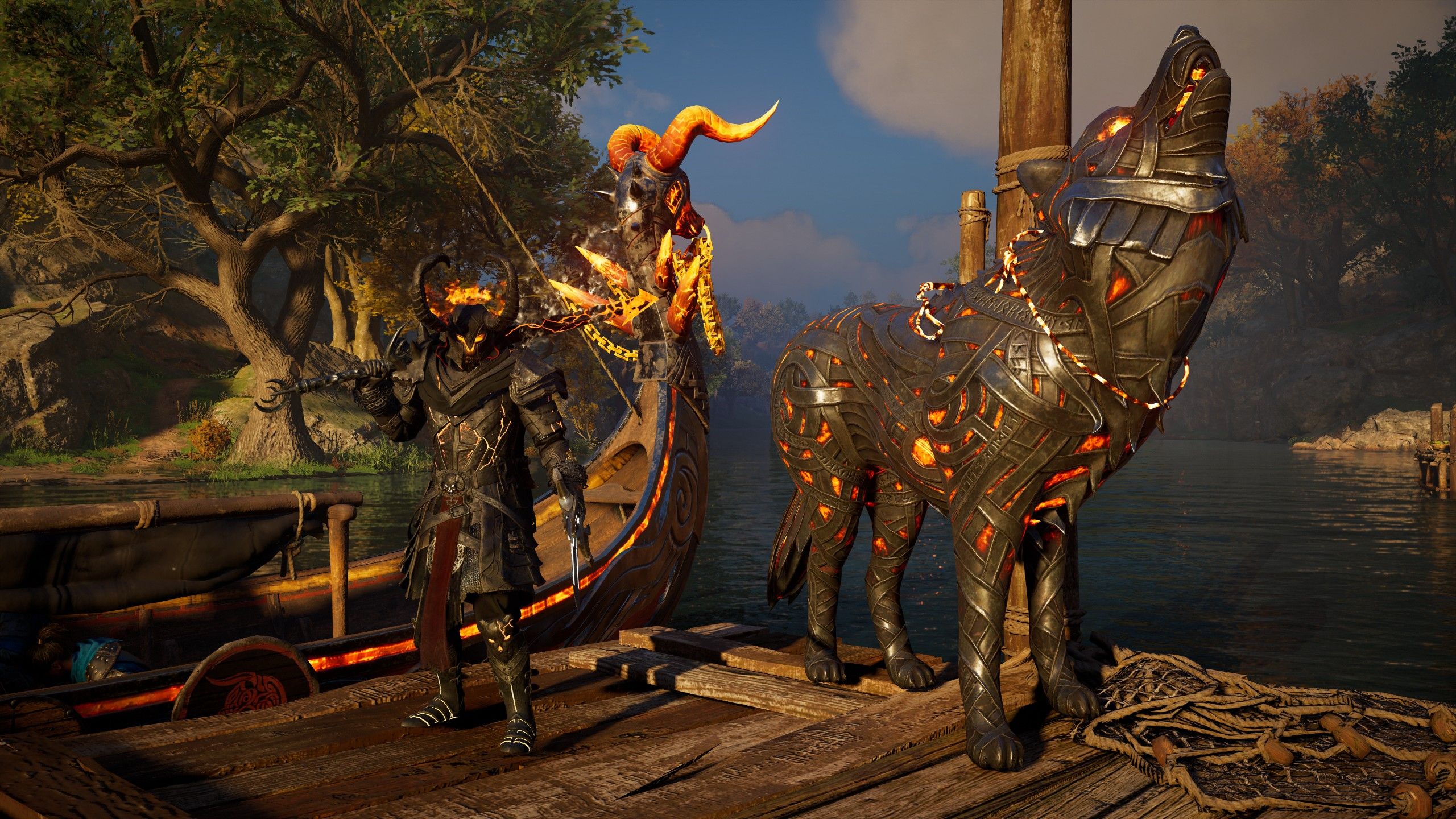 In terms of pricing, there isn’t anything concrete that’s been announced just yet. However, if the recently released Draugr attire was anything to go by, this new fiery demon lord gear will most likely be sold at around 2,000 Helix Credits, which translates to $19.99.

The mount and armor isn’t the only cosmetic change with the pack. In the background of the screenshot, subtly placed and easy to miss, the player character’s boat can be seen with some glowing lava trims and bright orange devilish horns to boot.

Fans seem to be itching for more Nordic content than outright fantasy and legend, so hopefully, the next few packs scratch that desire and bring forth sets more akin to Thor’s or the Berserkers. Until then, the choice to nab this gear should be coming to Valhalla players soon, whether or not they want to fork out the cash to look like a next-gen World of Warcraft player.