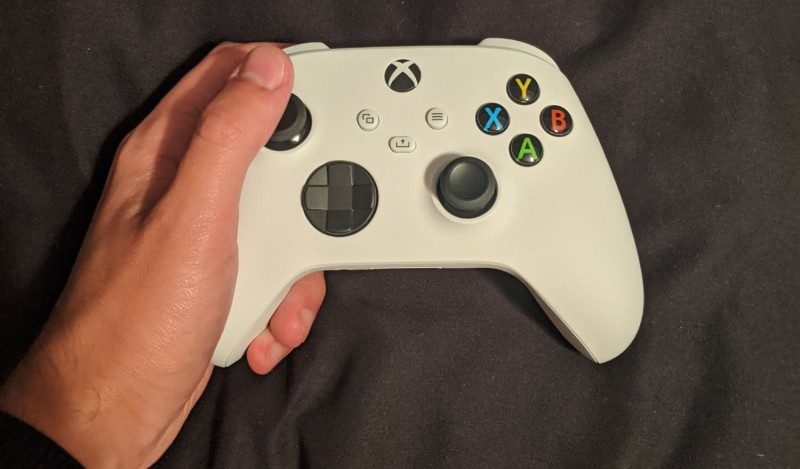 Update: A Microsoft spokesperson has provided us with the following statement:

“We have a lot in store for Xbox in 2020 and can’t wait to share with you. However, we have nothing to announce at this time.”

After weeks of rumors circulating regarding a second next-gen Xbox console, new information has potentially come in the form of a leaked controller purchased from a resale site by someone on Twitter. Twitter user Zak S posted multiple photos and a video of a controller he says he found on resale website OfferUp. On the side of the box, the controller lists all the devices it’s compatible with, one of which is, “Xbox Series X|S,” pointing toward the rumored, unannounced console from Microsoft.

The listing was for, “Brand new still in box Xbox 1 controllers” for $40, indicating the seller likely didn’t know that the controller is actually Microsoft’s new controller. The Twitter user says the seller accepted his offer of $35. The controller is in Robot White, a new color for Xbox’s next-gen gamepad, but on the side, the mention of Xbox Series S is what is catching most people’s eyes.

Also of note, if you look at the photos of the instruction manual included with the controller, it shows that the new Xbox controller still uses batteries, a convention not used by either PlayStation or Nintendo. The Xbox Elite Series 2 controller utilizes a high-quality rechargeable battery for up to 40 hours of gameplay on a single charge, so there was speculation that the next-gen controller could use similar charging technology, but it appears as though you’ll have to splurge on the premium gamepad if you don’t want to swap out batteries every so often.

The Verge says it was able to confirm the controller is genuine. We still don’t have any information about when we’ll be able to get our hands on the Xbox Series X or S outside of “holiday 2020.” Xbox representatives did not immediately return our request for comment.