Lego Bricktales is a puzzle adventure that tested my physics knowledge in ways I’ve not encountered since I last tried – and failed – to help my kid with their science homework. Although the only person judging me this time was the simulation robot, it still shows how my carefully crafted solution instantly breaks apart under the slightest bit of scrutiny. While watching my own failure looks pretty cool this time around, it was no comfort when I was so busy cursing at some of the puzzles that are far more complex than most Lego games.

Bricktales takes you on a journey through six different Lego worlds, each comprising several diorama-style levels that you navigate through solving puzzles. You’ll need to use all your creativity (and science know-how) to build the solutions to problems and collect happiness crystals for a job well done. These crystals then power a machine used to recreate a broken Lego Theme Park. 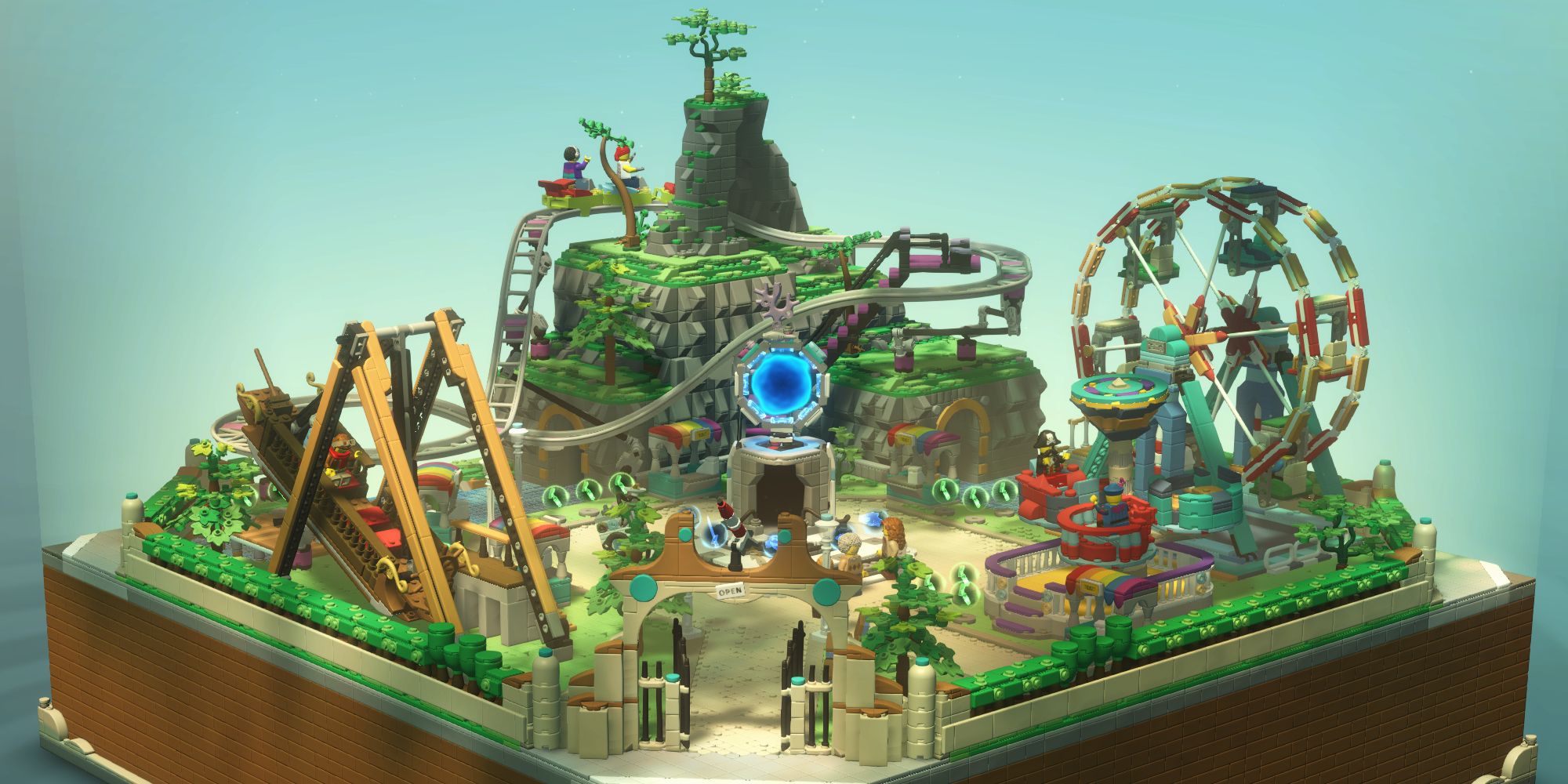 Before all that though, your first adventure is a quest to figure out the controls, which, like the puzzles, are more difficult to master than with most Lego titles. While basic movement is fine, at least until you hit a strange angle, keyboard and mouse users will need to use a weird tab, click, and shift combination to swap skills around, and building is best done with the mouse. There are also some strange and incredibly unhelpful camera angles at times. You’ll need to come out of play mode and look around the level independently, before jumping back to your character. This breaking of your flow, combined with the fact that all building is done in a plain simulation window, means that you never feel fully engaged in the otherwise entertaining storyline.

This isn’t to say Bricktales is bad. It has some frustrations for sure, mostly relating to the controls and immersion, but it’s also very playable and the puzzles each offer a unique challenge. I didn’t expect Oscar-worthy writing, which is good because the narrative is more written by a ten-year-old than ten out of ten. However, there is a simple tale at the crux of it that explores several different themes, much like A Builder’s Journey before it. However, It’s in this building that Bricktales really shines.

The basic structure of each world is building and environmental puzzles tied together with fetch and carry quests. These include one that involves about eight steps to complete in order to feed a cracker to a bird. Short and succinct is not the name of the game here, and many quests unravel into chains like this. Along the way, there are plenty of staircases and bridges to build, but these are joined with more unique builds like statues, electricity pylons, and flying machines. You’ll also get to create plenty of theme park elements; including coaster cars, pedal boats, and a pirate ship. Each brick-based puzzle takes place in a sandbox, requiring you to pass a simulation that shows your creation is fit for purpose. This is where I failed, hard. 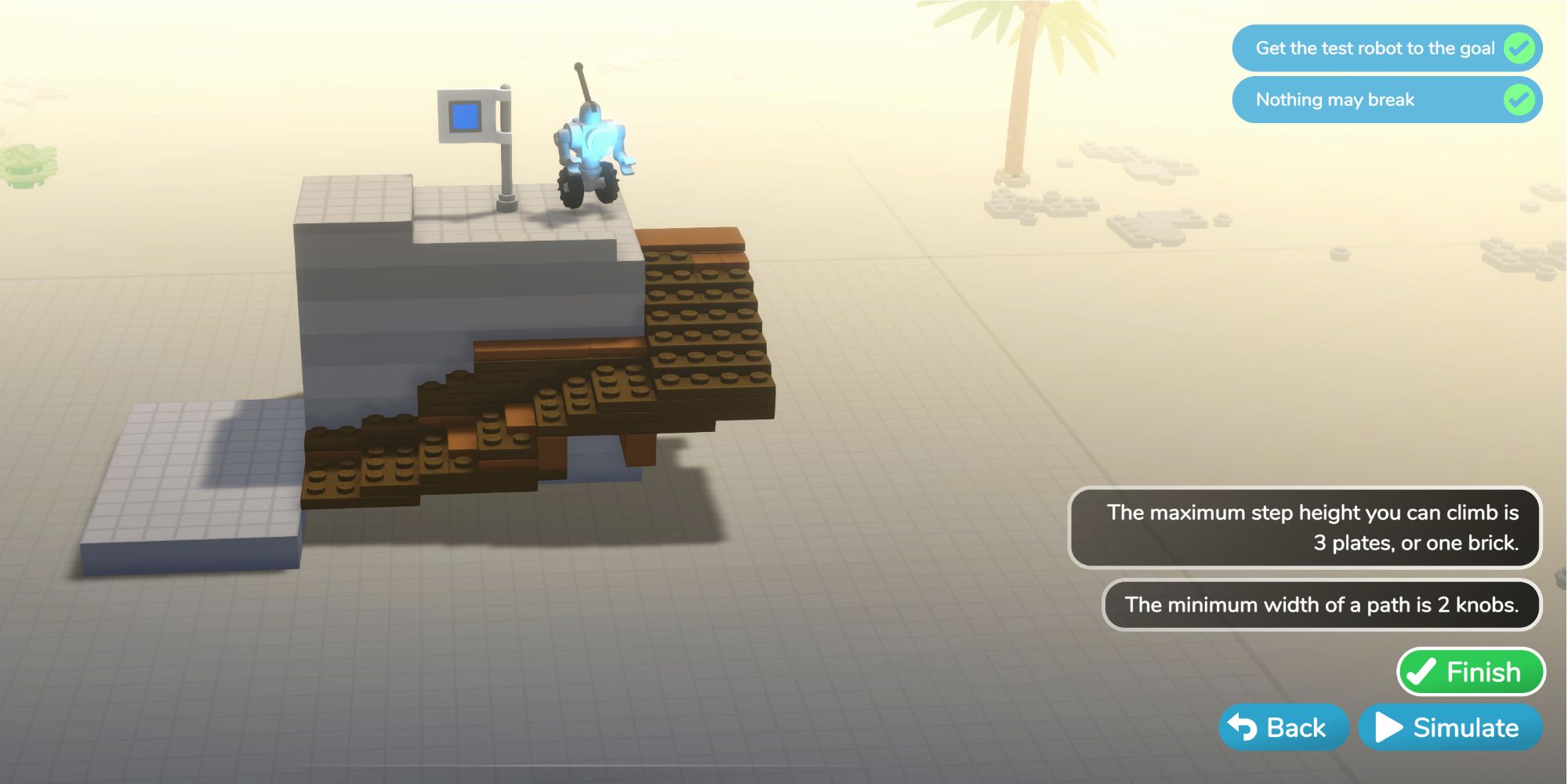 Not only do you need to make sure your solution has structural integrity, but you are also limited in how many bricks you can use to create it. These puzzles are where the majority of the challenge lies, and how much you get out of Bricktales will depend on how much you enjoy them.

Difficulty is quite variable, but so are the scenarios. Even when you’re building your third bridge it’s still different, due to the gap you need to cover and the bricks you have available. These build challenges are the heart of the game and are wrapped in a world of beautiful Lego dioramas packed with things to collect. So much so in fact that after finishing the storyline, which took around 15 hours, I still had half of the game’s content left to uncover. You can collect currency to spend in each world’s shop, alongside different types of animals that need to be returned to various characters. Many of these you’ll have to go back and get due to the skill system. 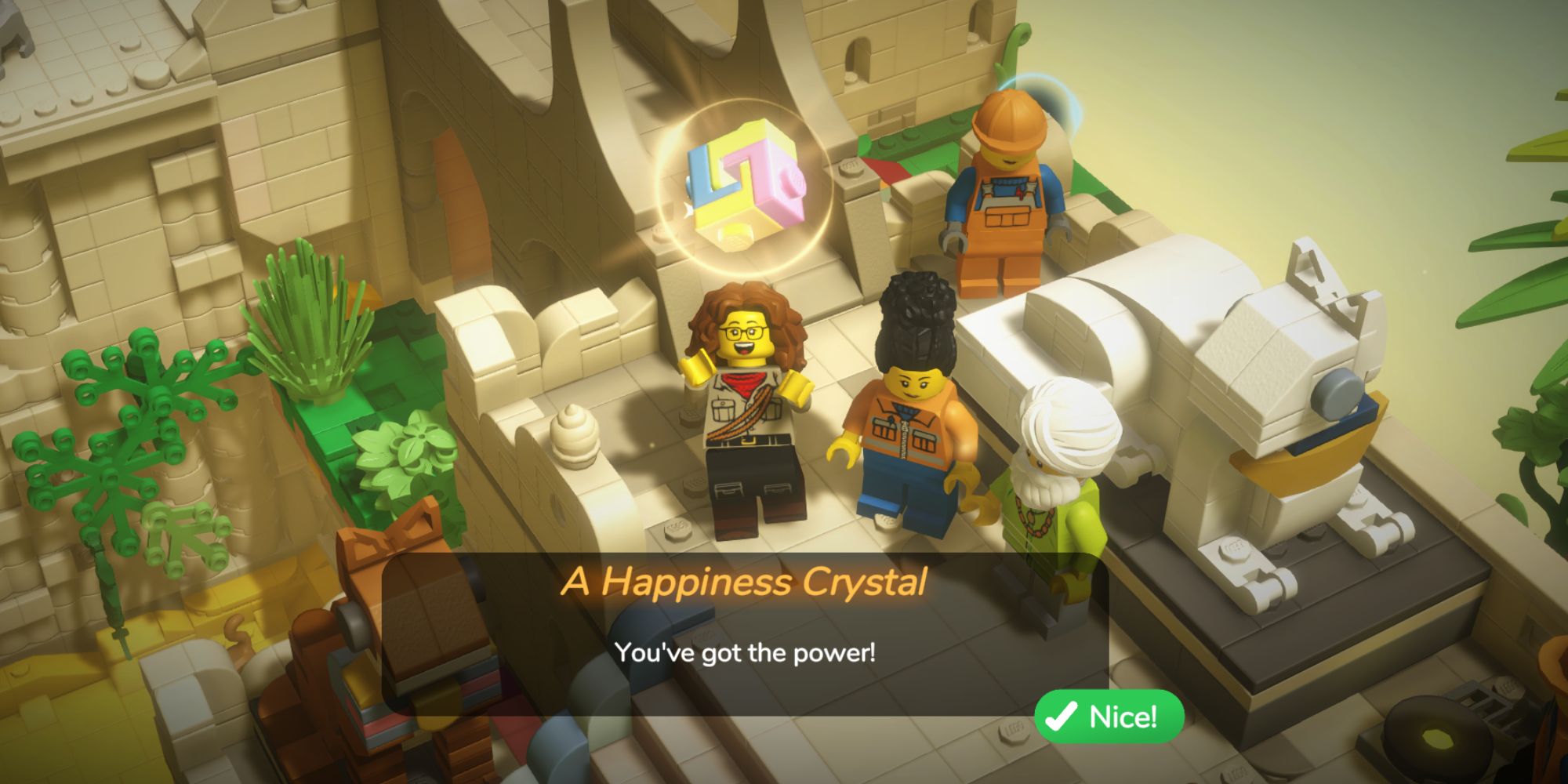 Your character will gain access to a handful of different skills, but each one is unlocked by a larger puzzle known as a skill temple, on a one-per-world basis. This means that since every level’s environmental challenges require you to utilise all five skills plus your whip, you won’t be able to unlock all the secrets until you’ve fully completed the story mode. Once story mode is over there’s no more compulsory building involved at this point, but you can go back and refine your designs, making the worlds look beautiful as well as functional.

Lego Bricktales could be up your street depending on what you’re looking for. If you want a simple action adventure like so many other Lego titles then this isn’t for you. However, if you want a unique puzzle game that uses Lego elements well then you’ll find more here to enjoy. The main thing that lets it down is the clunky control system and the variable difficulty means younger players hoping for a building game will likely end up frustrated. The environmental puzzles you’ll need to solve to collect everything can also get very repetitive. Overall though it’s a fairly average game that offers a decent-length story mode, some interesting puzzles, and a few extras for those who want them. Now if you’ll excuse me I have a pirate ship ride to build.

Score 3.5/5. A PC review code was provided for this review.