Shushire is a relentlessly cold continent of Lost Ark. But by the time you get to the Lake Eternity area, things are starting to look a little more hospitable. There’s a bit of mud on the roads instead of just miles of snow, while some of the water is actually liquid rather than ice. Plus, there are nine aromatic mokoko seeds for you to collect.

Be warned that if you’re hoping to collect all nine, you’ll need to have learned the sheet music Forest Minuet. Without it, you won’t be able to pass a barrier blocking your path to two of the seeds. You’ll also need to go to all four corners of this expansive area, including entering the lair of the Spider Queen. If you’re ready to take on the challenge, read on for details of all the mokoko seed locations. 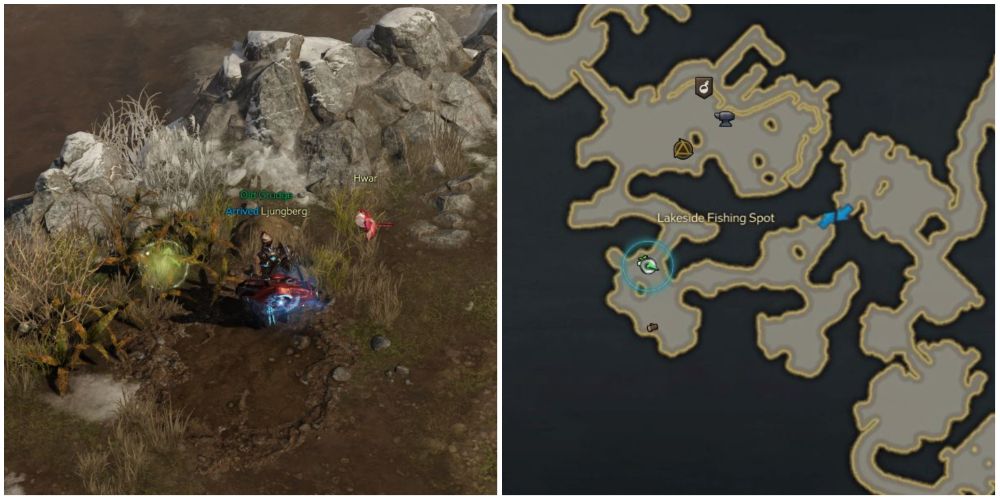 If you enter the area from Bitterwind Hill, follow the path east until you see a wooden walkway on your right. Go up the steps and follow this southeast into the Lakeside Fishing Spot. As you enter the area, go directly south and across the ice over the river, then following the path east (past Angler Gabius) and then south. As that path arrives in an area full of running boars, your first mokoko seed is on your right in some yellowing plants near the river edge. 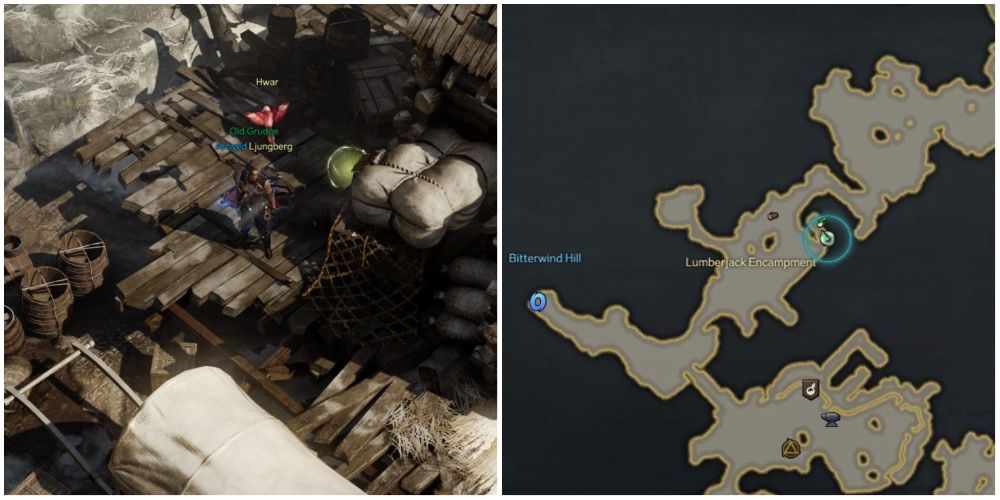 Go back to the Lakeside Fishing Spot and leave it the way you came in, this time taking the northeast trail past Lumberjack Volbeck. Keep to the right as you go down the slope into the area beyond and follow the lake edge right into the corner. There’s a cart next to a few steps going up to a log cabin. Go up the steps and left along the wooden platform. The second mokoko is here, hidden behind some supplies. 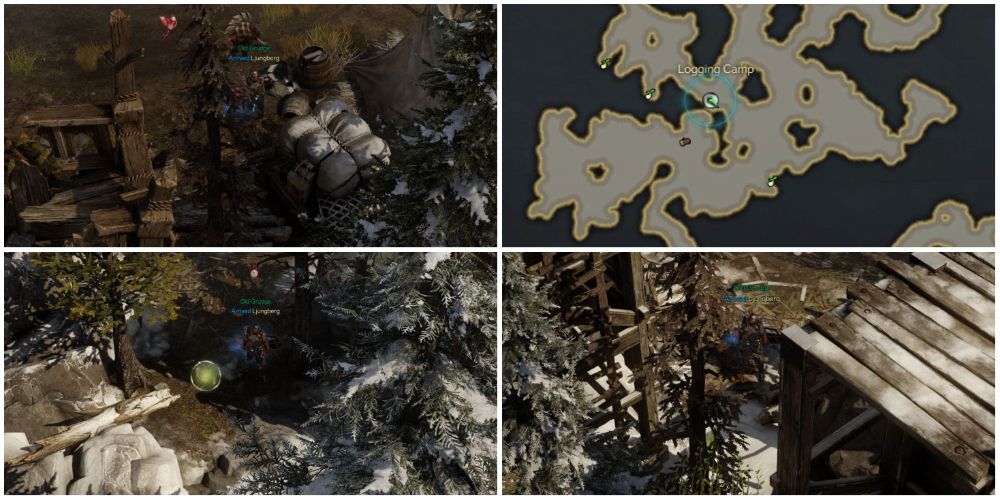 Follow the path northeast out of this area into another encampment. Go east through it and past the guards to a T-junction. Turn left and head north into the Logging Camp area. As you enter it head east, sticking to the southern edge of the map. You’ll pass a broken-down wooden tower and a tent with a cooking fire outside it. Between the two are some supplies tied in up a large white bundle. Your next seed is well hidden beneath them.

Go directly north from this spot but start to head northwest following the path when you get to it – going between several wood piles. Go left at the fork to continue northwest up a short slope into the area where the Lake Owlbears live. Stay left and walk between the Young Lake Owlbear and Lake Owlbear at the top of the slope. Just past them you’ll find another mokoko seed.

Go back past the owlbears and turn left, going further into their area. Again, keep left, passing the next Lake Owlbear but turning left again past the next Young Lake Owlbear into a small nook by a couple of tall wooden structures. There’s a mokoko right in the corner on the snow, obscured by a tree.

Mokoko Seeds Six And Seven – Beyond The Barrier 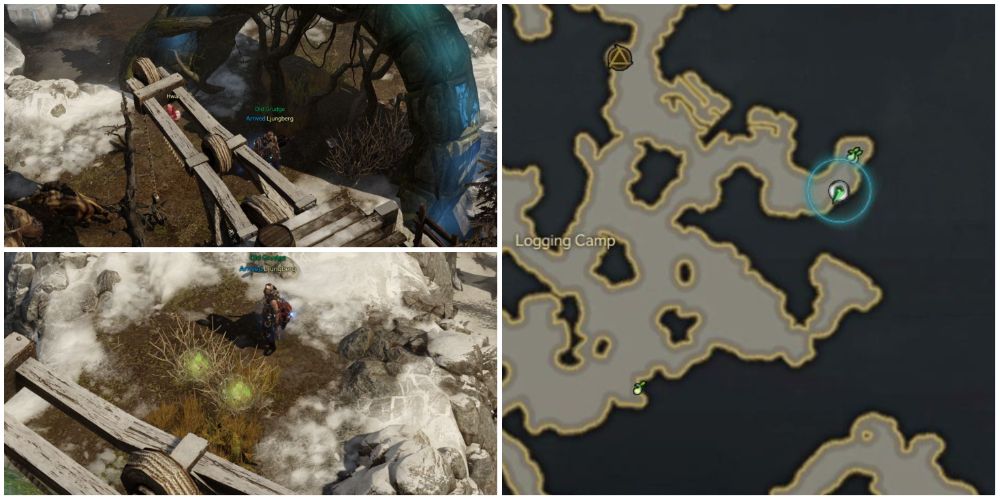 Head back out of the Lake Owlbears area down the slope and turn left at the bottom, heading north towards the Logging Camp Triport. Just before you get there, you’ll go down a few wooden steps past a log cabin. Turn slightly right at the bottom of the steps and head east. Go past Lumberjack Yanjaff as you hug the northern edge of the map, following the path past the Starving Owlbears. The path ends at a familiar looking barrier, next to a wooden crane.

You need to play the sheet music Forest Minuet here to open the barrier. If you don’t have it yet, you need to follow the quest chain that starts with Traveler Eclipse on Lullaby Island. If you have learnt it, simply play it to pass through the barrier and collect the two mokoko seeds that are just on the other side. 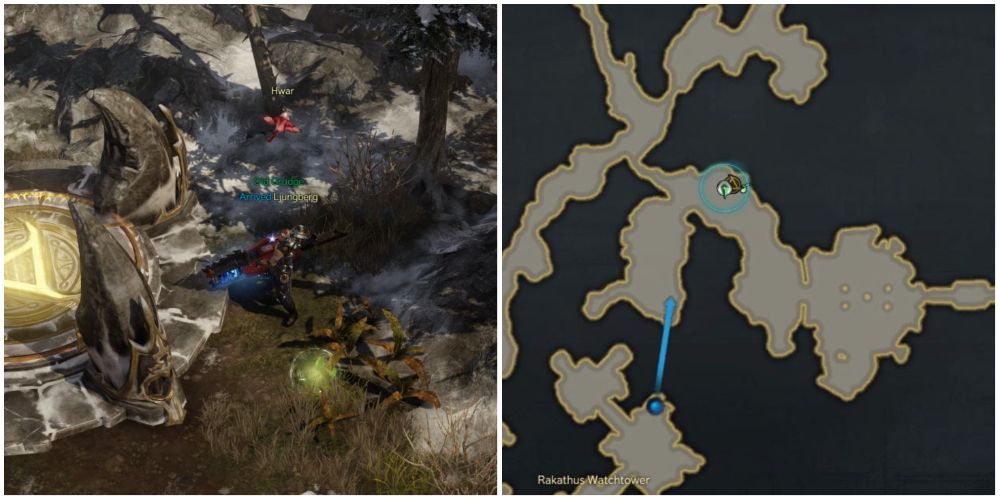 Portal over to the Nest Hill Triport. There’s a mokoko right next to the triport, to the east, in some sickly-looking vegetation. Just be a little careful, as the Lake Fugitives just south of here have a long aggro range and may attack you on the triport itself. 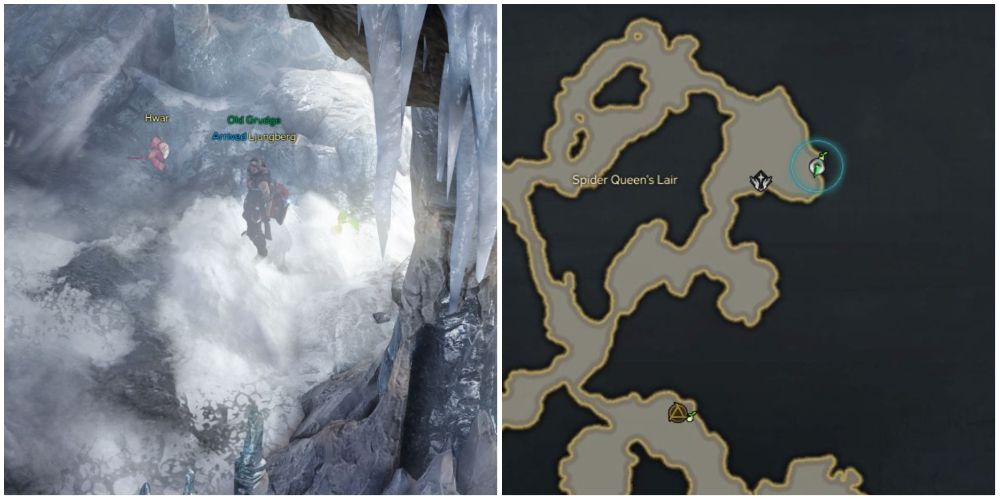 Finally, head west from the Nest Hill Triport and down the slope, turning right (north) at the bottom. Take the right fork at the T-junction ahead, following the path down and into the Spider Queen’s Lair.

Go into the large area where Tarsila herself spawns and head over to the eastern wall of her lair. You’ll find the final seed of Lake Eternity here, right against the edge, in the snow in a small nook.