3D platformers do an excellent job of allowing you to explore a world, test your skills, and tackle challenges. Lunistice has you play as Hana and other characters to collect items and reach the end of the level. While the game seems straightforward, it can pose some challenges.

Lunistice has cute graphics and a kid-friendly style, but you'll find some segments challenging to navigate and avoid problems. As you go through the game and try to get an S rank on all the levels, you’ll want to apply some solid tips to help you succeed. That way, you can collect everything, see what the game offers, and enjoy all the content.

Jumping After Leaving The Ledge 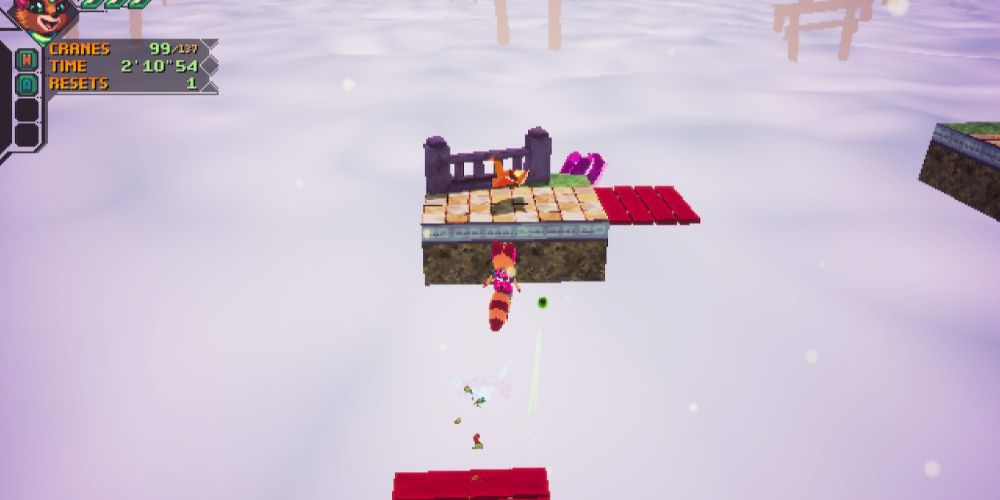 Some games cause you to drop and lose your first jump when you leave a ledge. However, Lunistice has a mechanic that detects you on the ground for a moment or so when you leave the ledge. That means if you run off the ledge and then jump, you’ll get some extra distance and keep your double jump.

However, if you run too long, you’ll lose the first jump and not reach the next platform. Ensure you practice running off the edge before jumping to get a feel for the timing. Doing so will help you make farther hops and use your attack, which the game calls your triple jump, to provide a slight boost and give yourself a bit more distance.

You'll know if you performed a double jump instead as the animations are different. For example, Hana does a standard hop followed by a flip to let you know when you hopped twice. If you flip during your jump after running off the edge, you pressed the button too late for the additional distance.

Using Your Third Jump To Readjust 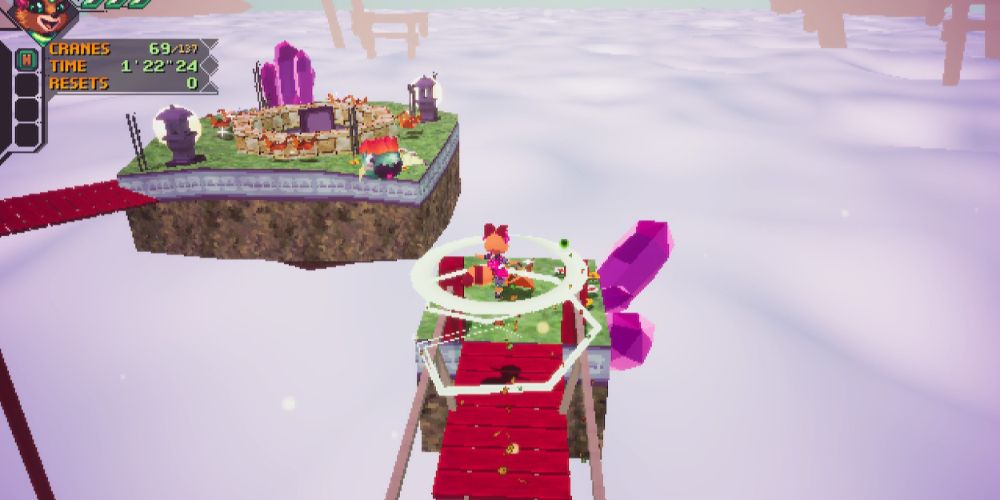 Your triple jump helps you gain more distance, but you can also adjust it quickly. Since the attack can halt your momentum, you can use it to stop exactly where you want to land and prevent yourself from overshooting a leap.

Hopping too far can also happen when you try to do shorter jumps, so feel free to use your double hop and the triple to slow yourself down. You can also slide off edges if you stand too close to them, so pay attention and prepare a triple jump to prevent yourself from falling off.

As you unlock more characters, you’ll discover some don’t have a triple jump, but they run faster or have other differences. Double-check these differences before you pick a character to avoid unnecessary deaths and lower ranks. 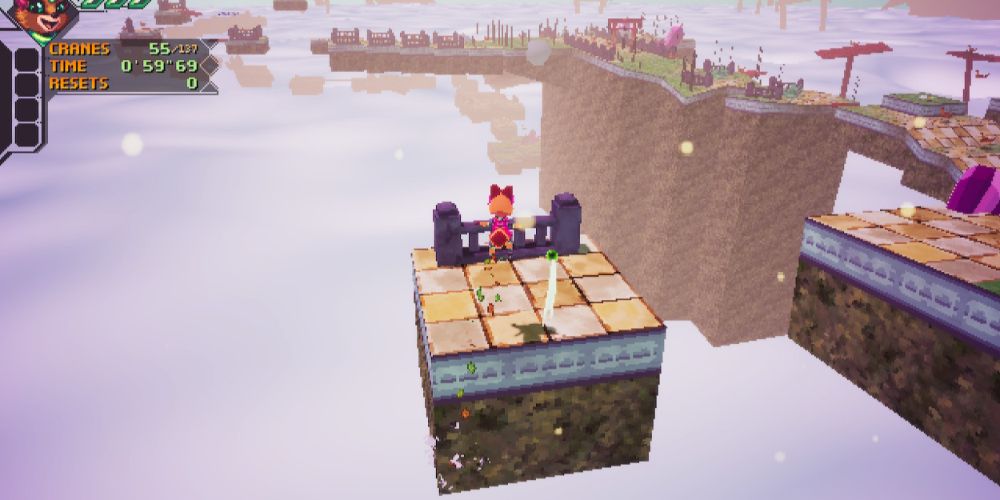 Even though the game has retro-styled graphics, you can see your shadow. If you have difficulty judging the distance, keep an eye on your shadow. You should use the shadow to predict where you'll land so you don't leap too far.

Since the game has plenty of bottomless pits leading to instant death, you won't see the shadow until you reach the platform. That means you'll have to look for it and keep your eyes off your character while you jump. Instead, watch the center of the screen since the game keeps your character in the middle. Once you reach the land, the shadow will appear, so you know to stop moving and avoid going off the ledge.

Every character has a different shadow. For example, when you unlock Toree, his shadow always sits below him while Hana has a shadow that changes based on the stage's light. Pay attention to these details while you use the shadow to gauge your jumps. 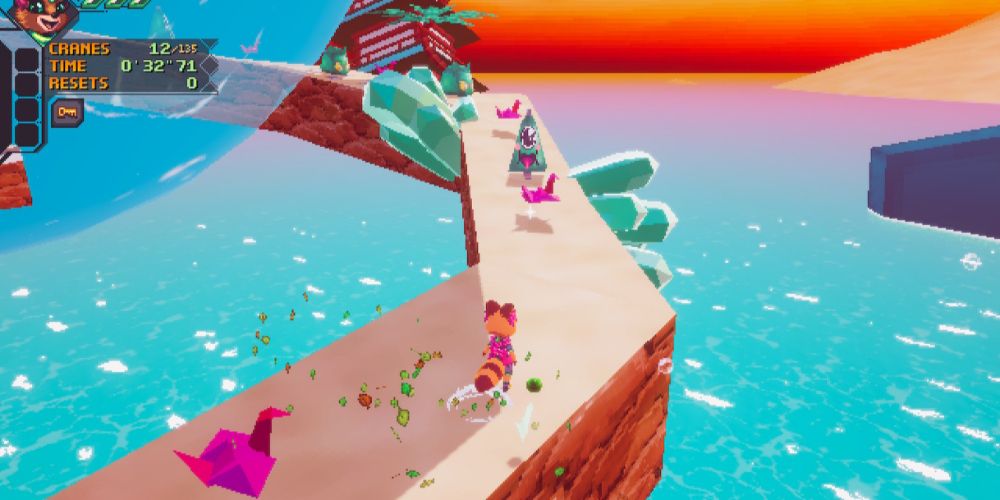 You may feel the urge to stop, fight enemies, and continue with the level. While attacking doesn’t slow you down, you should never stop moving to fight some enemies.

The creatures you come across never give you collectibles, so you don’t have a reason to attack them. However, they may sometimes get in your way, so feel free to hit them as you run down the path to avoid slowing yourself down.

Generally speaking, you can quickly jump over most enemies and even go around them if you want to save some time. Since every creature dies in a single hit, you’ll make it easier for yourself by not bothering with them as you aim for those S ranks. They'll lead to unnecessary damage, potentially causing you to add to the reset counter.

Use The Hana Letters To Check Your Progress 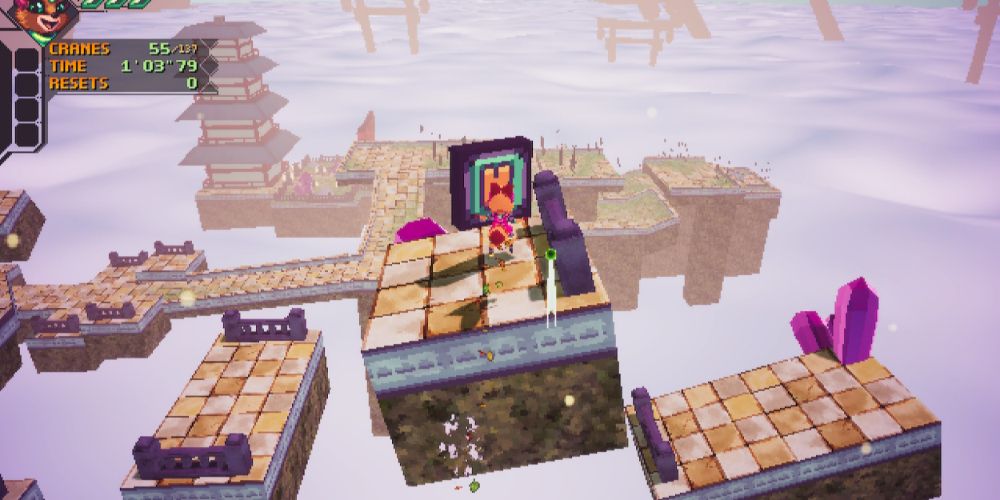 Every level has four letters to collect, which spell out Hana. The letters go in order throughout the level, so you’ll find H at the beginning, the first A and N in the middle, and the last A towards the end. If you want to get every collectible, you can use the letters as a general guide.

For example, if you collect the A without getting the H, you may want to backtrack and look for it. Doing so will save you time if you want to collect every crane in the level and avoid missing what the game throws at you. While it doesn’t work as a perfect measure of the collectibles, it’ll help you consider alternate paths, which may lead to more cranes and secrets.

Explore Other Paths And Look Around 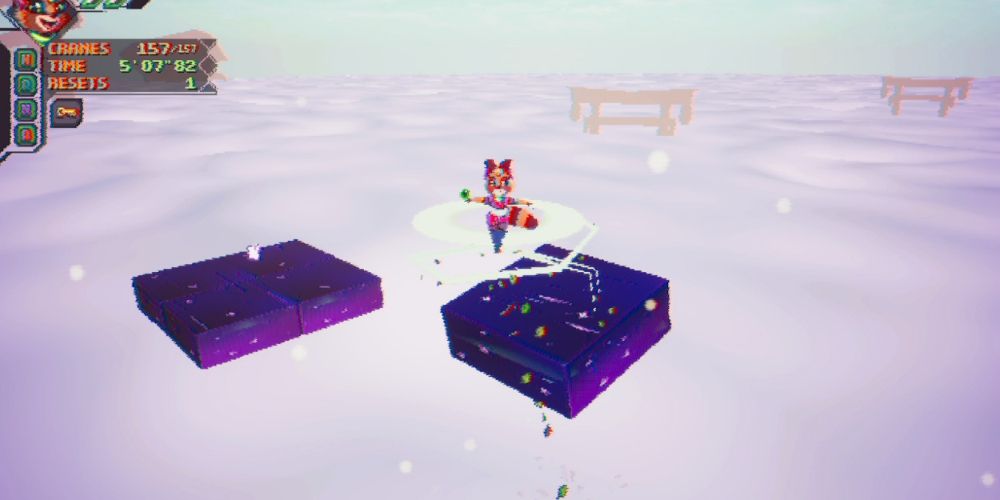 Speaking of finding those letters, you’ll want to explore alternate paths and look around the level. The game offers a solid draw distance, so you'll see different objects in the distance you can access. For example, you'll see buildings in the distance with cranes. If you look for alternate paths as you play, you'll reach these areas and find everything on the level.

Some alternate paths can be in unexpected places. For example, you'll notice blue dots above an island in the second world. If you drop through the water in the middle of the island, you'll reach a bubble and use it to float to a new area. Always look for secrets like these and try to access them.

Think before you use paths. See if the paths have an obvious way to get back around. Otherwise, you may go to an area with no return point, so you'll have to restart the level or finish it without collecting everything. 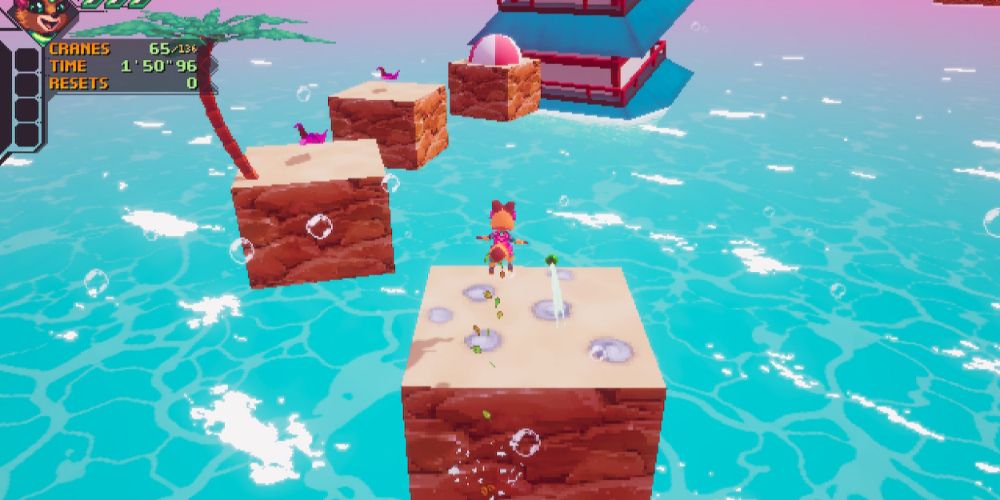 The game offers a slow movement button, which may seem pointless initially. After all, if the game times you, don't you have to go through the levels quickly to get S ranks? The game doesn't use the time to calculate your S ranks: it only considers your collectibles and the number of times you died. That means you'll have to carefully review the level to ace them and see everything the game offers.

The slow move button causes you to walk slower and slow down your air momentum. That means if you jump, you won't move as far, so you can make more precise jumps with smaller movements. The button will help you avoid deaths while you collect items in those difficult-to-reach areas. Instead of trying to speed through it and potentially having to restart the whole level, use the slow movement button and take it one hop at a time to make it through the section.