Alchemy is Magic: The Gathering Arena's very own Standard format that includes cards with mechanics only applicable in a digital-only environment. For example, seek is a mechanic that causes a player to randomly search their library for a card. While this mechanic would be difficult to implement in paper Magic, it works perfectly fine in an online environment where the system does the randomized search for you. 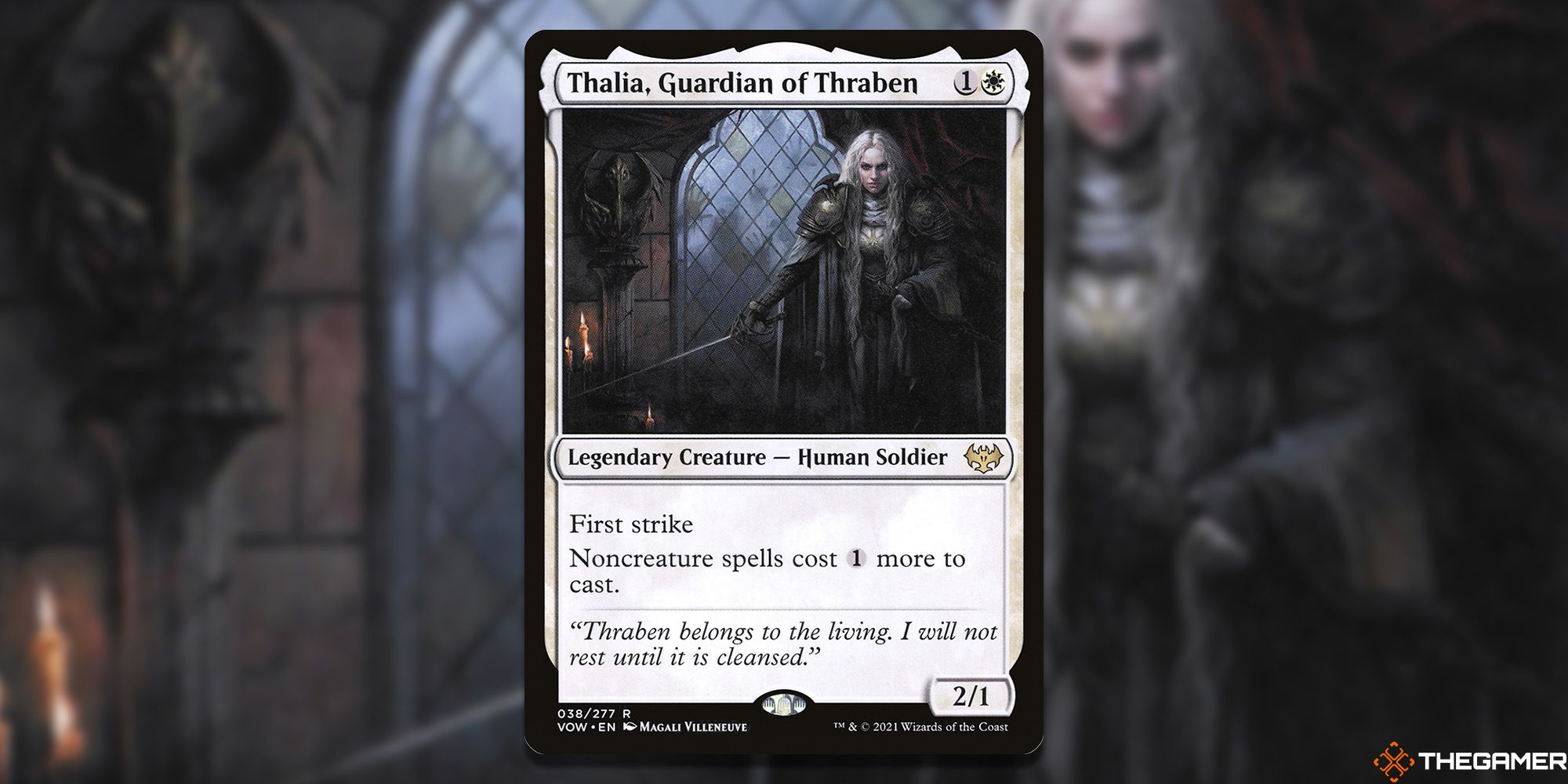 Despite seeing a rebalancing of the key card Luminarch Aspirant hit its Alchemy form, Monowhite Aggro continues to be an incredibly effective aggressive deck. The deck's ability to provide threat after threat while also taxing your opponent on their mana thanks to effects from cards like Thalia, Guardian of Thraben, Elite Spellbinder, and Reidane, God of the Worthy has proved its weight in gold.

Furthermore, the inclusion of Hopeful Initiate, Skyclave Apparition, and The Wandering Emperor allows this aggressive deck to have answers to all kinds of permanent cards that aggressive decks typically cannot interact with. If you're just getting into Alchemy, it's hard to do better than running some Monowhite Aggro games through best-of-one. 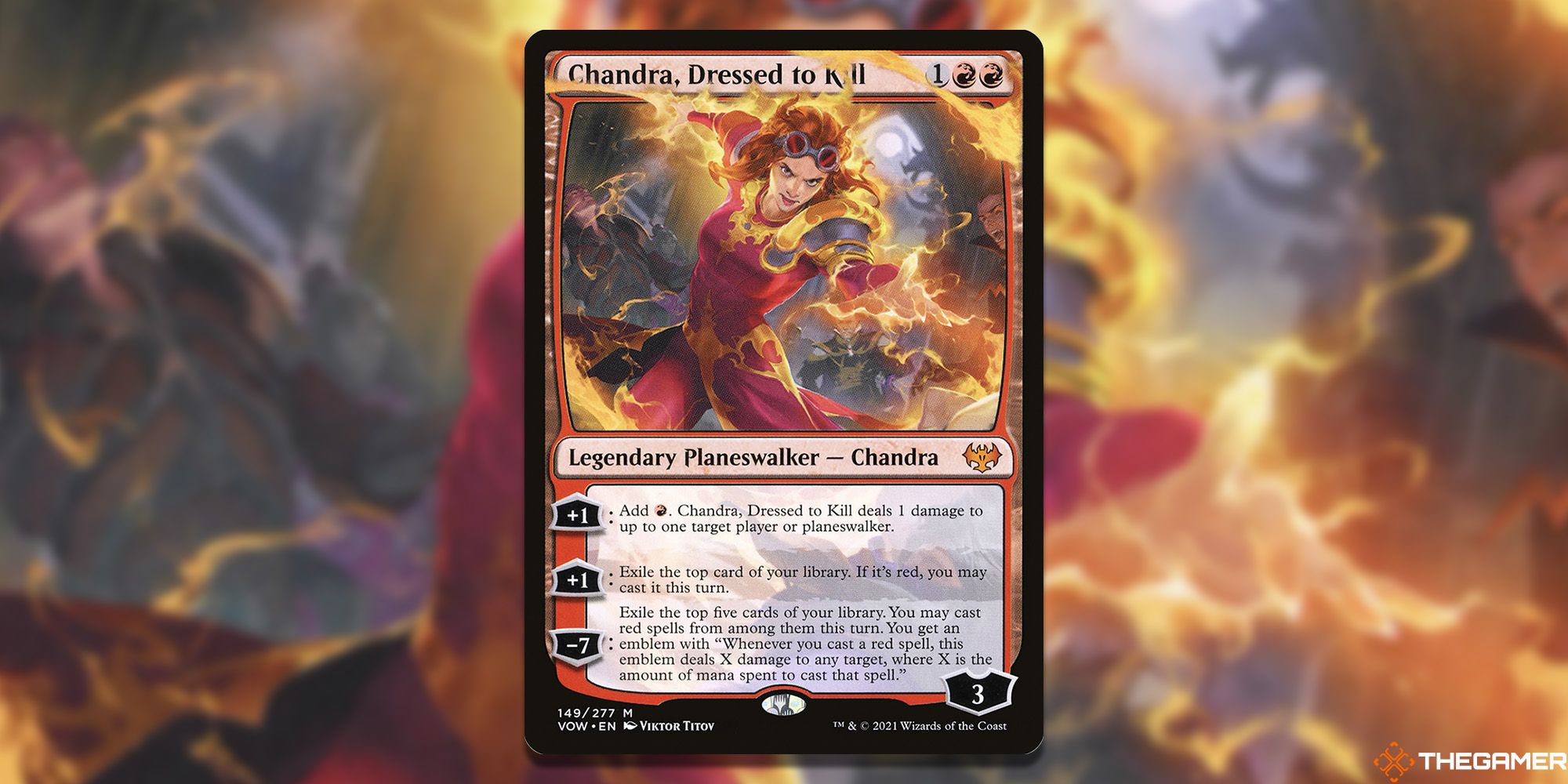 While Monored Aggro didn't have a place in Alchemy upon the format's release, a number of new card releases have led to this archetype firmly planting itself among the best decks in the format. Kumano Faces Kakkazan has recently broken out as an extremely powerful card and fills out this deck's one drops alongside Falkenrath Pit Fighter and Frost Bite.

Tundra Fumarole has also proven to be an extremely useful tool at providing a mana advantage in the early game. It's also the perfect card to follow up with a Town-Razer Tyrant. This powerful dragon has seen play in a number of Alchemy shells so far, thanks to its invaluable ability to force your opponents to Stone Rain themselves lest they run out of life. 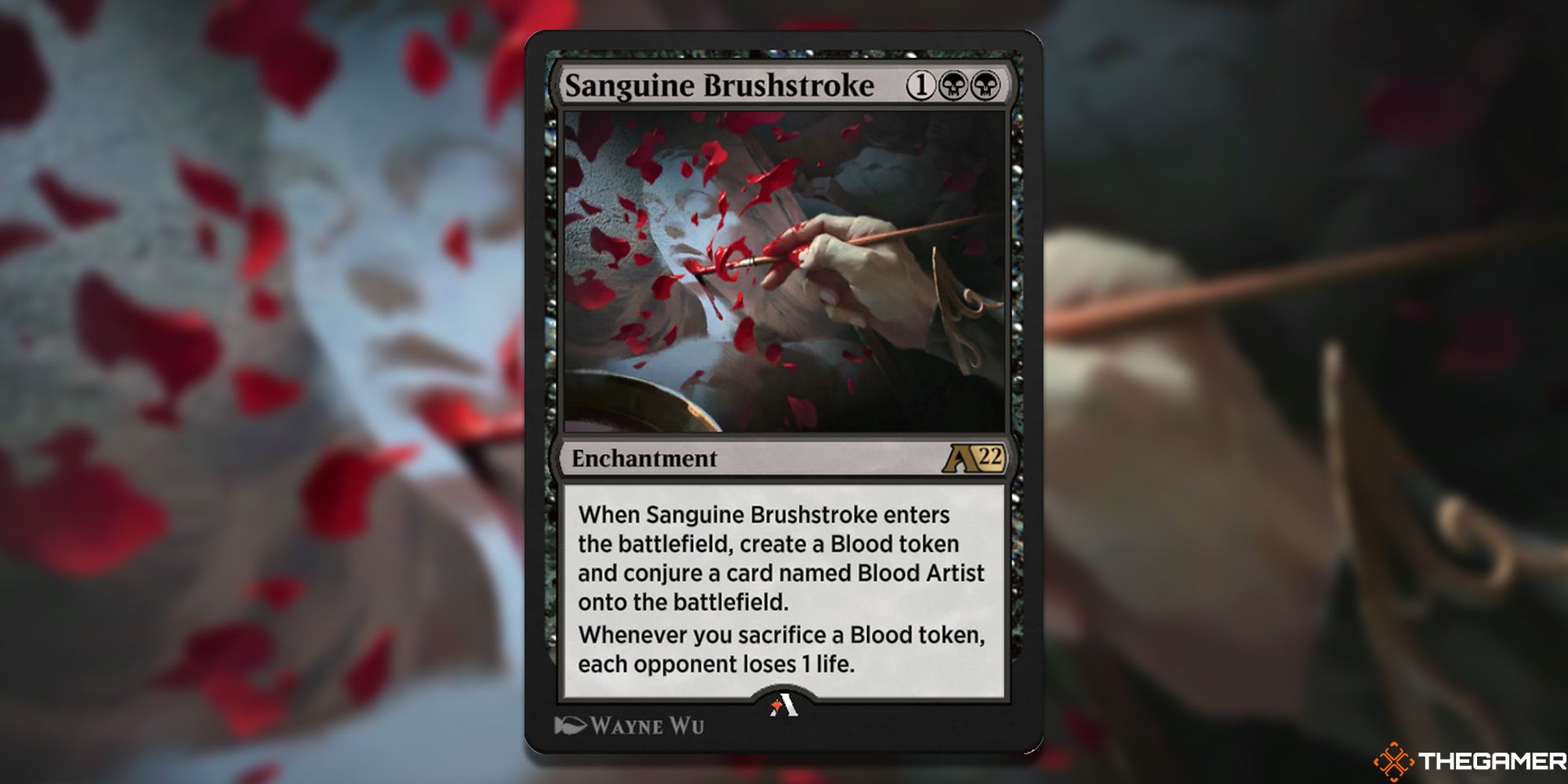 Rakdos (black/red) Sacrifice is a combo engine deck based off of the cards Oni-Cult Anvil and Sanguine Brushstroke. The game plan is to get an Anvil onboard, follow it up with a Sanguine Brushstroke which creates the memorable Blood Artist from years passed, and then use the Anvil to sacrifice the Construct token it creates or other artifacts in your deck in order to stack up enough Blood Artist triggers to kill your opponent.

Cards like Voldaren Epicure, Bloodtithe Harvester, and Sokenzan Smelter provide no shortage of cheap artifacts to use in tandem with your anvil. Furthermore, Deadly Dispute and Experimental Synthesizer allow you to dig for missing combo pieces deep into the game. Lastly, Voltage Surge provides a reliable removable spell for super cheap, while Meathook Massacre makes for a way to instantly win games once you've assembled a board with a Blood Artist and a handful of tokens. 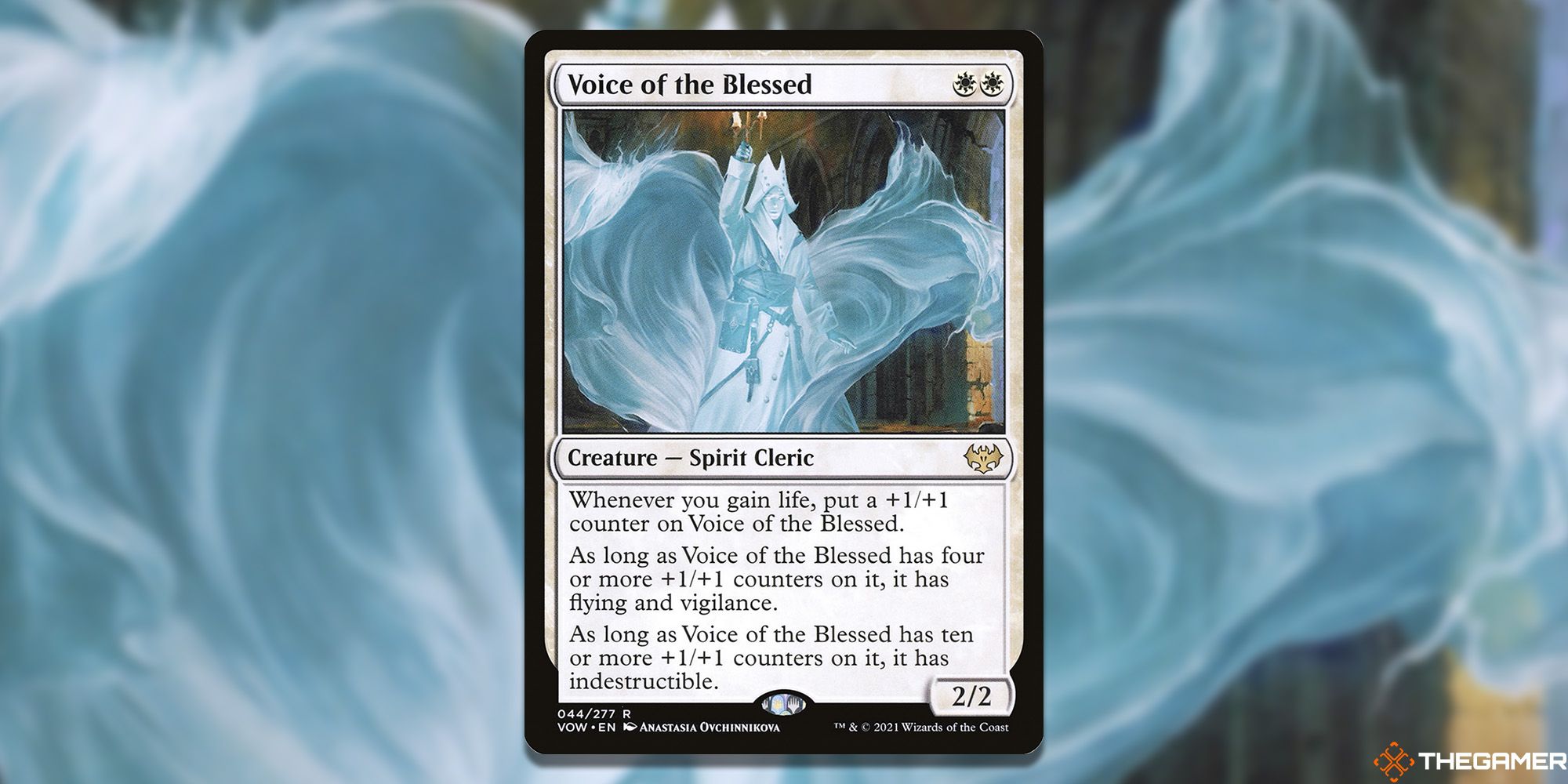 Esper (white/blue/black) Clerics is the deck of choice for anyone who absolutely despises losing to Monored Aggro. This deck is packed with enough lifegain to easily overcome incidental damage from red spells. If you enjoy tribal play as well as cards that synergize well with one another and building a giant creature, Esper Clerics is the deck for you. The key card in this list is Voice of the Blessed which, once you have it on the battlefield, continues to grow pretty much anytime you cast a spell. 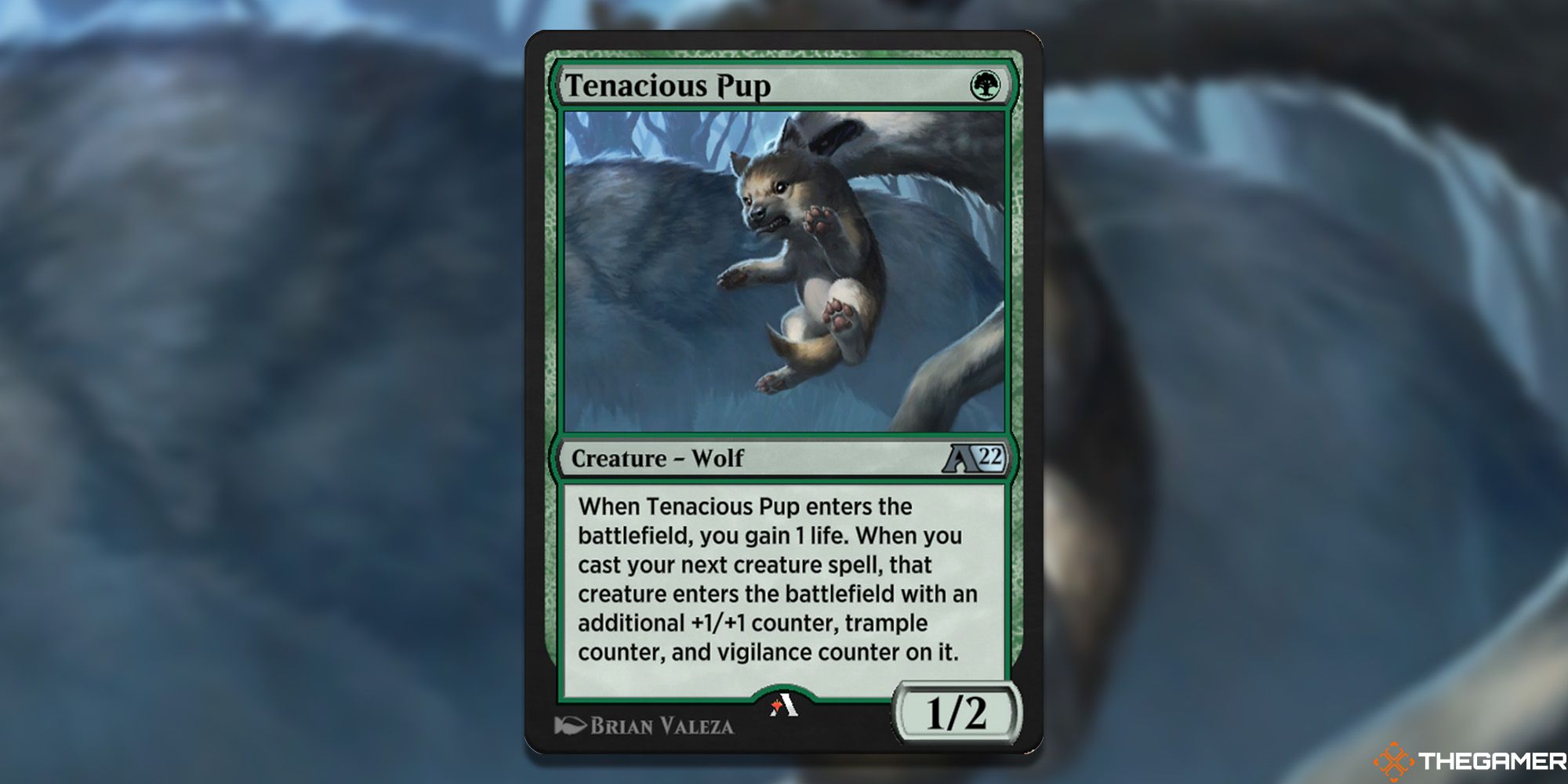 Mono-Green Aggro has given recent the recent Standard format a run for their money, but the Alchemy version is dominant as well, thanks to the surprisingly powerful card Tenacious Pup. This unassuming one-drop makes for some very hard-to-deal-with follow-up creatures, including Werewolf Pack Leader, Kazandu Mammoth, and Old-Growth Troll.

The extra counters that Tenacious Pup provides these creatures puts them just out of range of many cheap removal spells while also shoring up the deck's weaknesses to chump blockers and ultra aggressive strategies. Don't mess with the Pups. 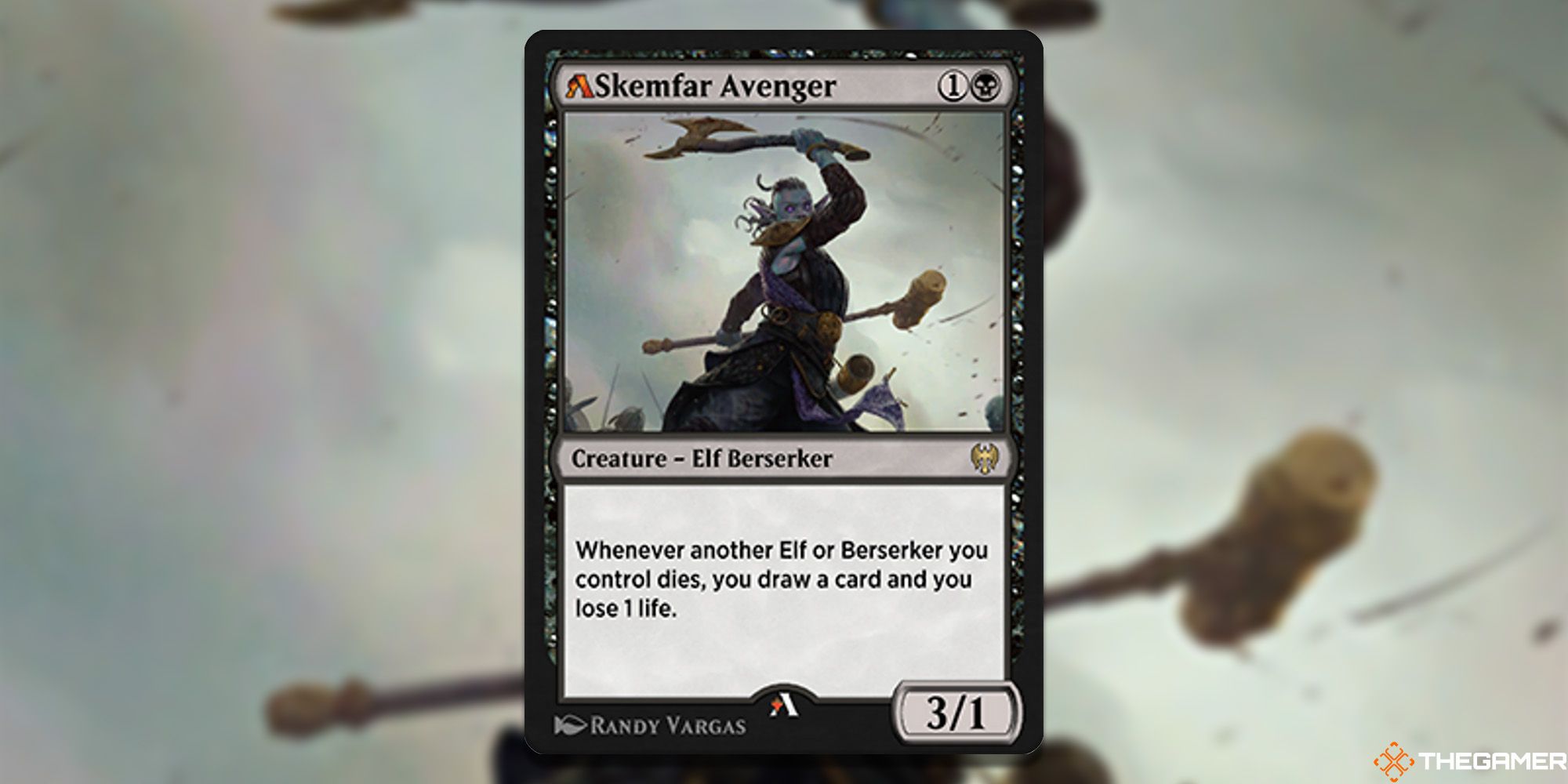 Back in April, Alchemy saw a rebalancing patch that changed the mana value of tons of Elf creature cards in order to provide the deck with more options. They also increased the power of Elf planeswalker Tyvar Kell and the Elf themed enchantment Harald Unites the Elves. As a result, Elves is a very powerful player in Alchemy, though it's notably not seen very often on the ladder.

As is the case with any Elf deck, Elves wants to flood the board with Elves and Elf tokens and gradually crush the opponent by turning them sideways. Notably, this version of the deck has a lot of staying power thanks to the Alchemy cards Skemfar Avenger and Harald, King of Skemfar in addition to those mentioned above. 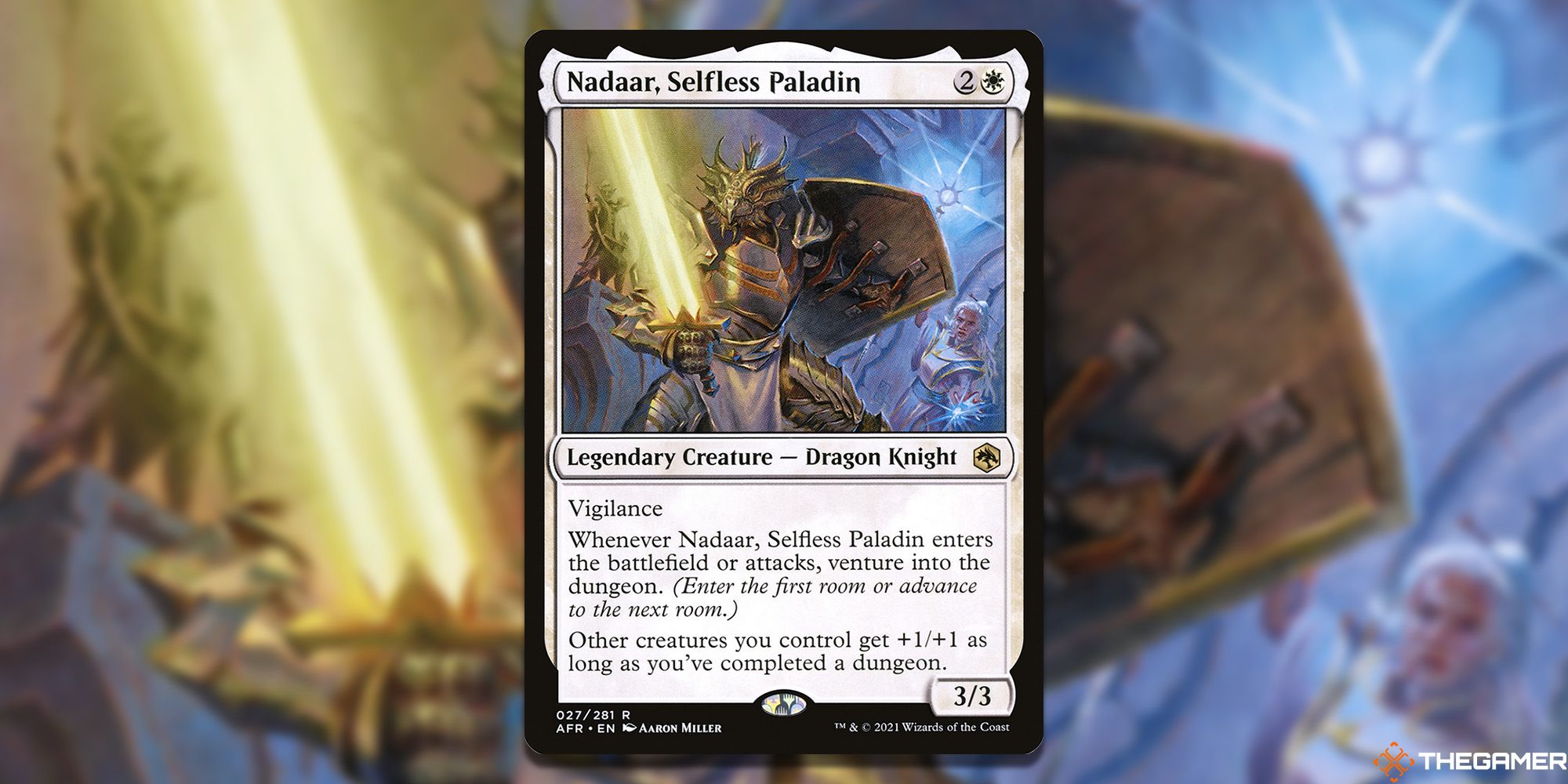 Orzhov (white/black) Venture is another deck that benefits from Alchemy rebalancing, namely on the well-flavored, Dungeons & Dragons themed cards Triumphant Adventurer and Precipitous Drop. This is a great deck for any player who enjoyed the "enter the dungeon" mechanic introduced in Adventures in the Forgotten Realms.

Using the two aforementioned cards alongside Nadaar, Selfless Paladin, pilots are quickly able to clear dungeons and claim the benefits that lie within. While completing the Lost Mine of Phandelver will be your most common line, the Dungeon of the Mad Mage and the Tomb of Annihilation do have matchups in which they shine as well. 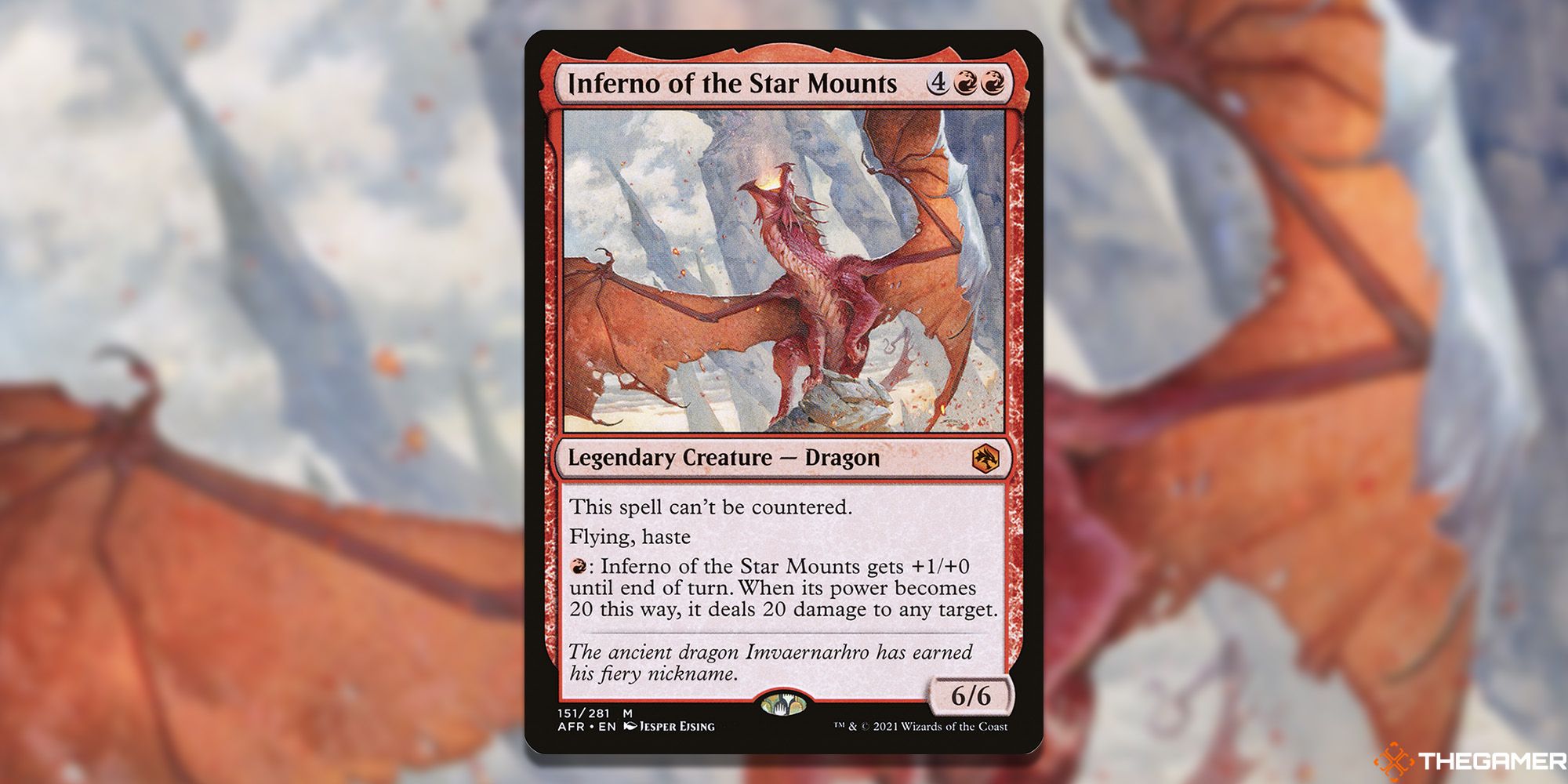 Monored Dragons was a breakout deck of the Alchemy format upon release. However, rebalancing changes made to both Fearsome Whelp and Town-Razer Tyrant seem to have deleted the deck from the meta entirely. We can assure you that the deck has returned to form since these changes having piloted the accompanying list to Mythic rank #668 in April. 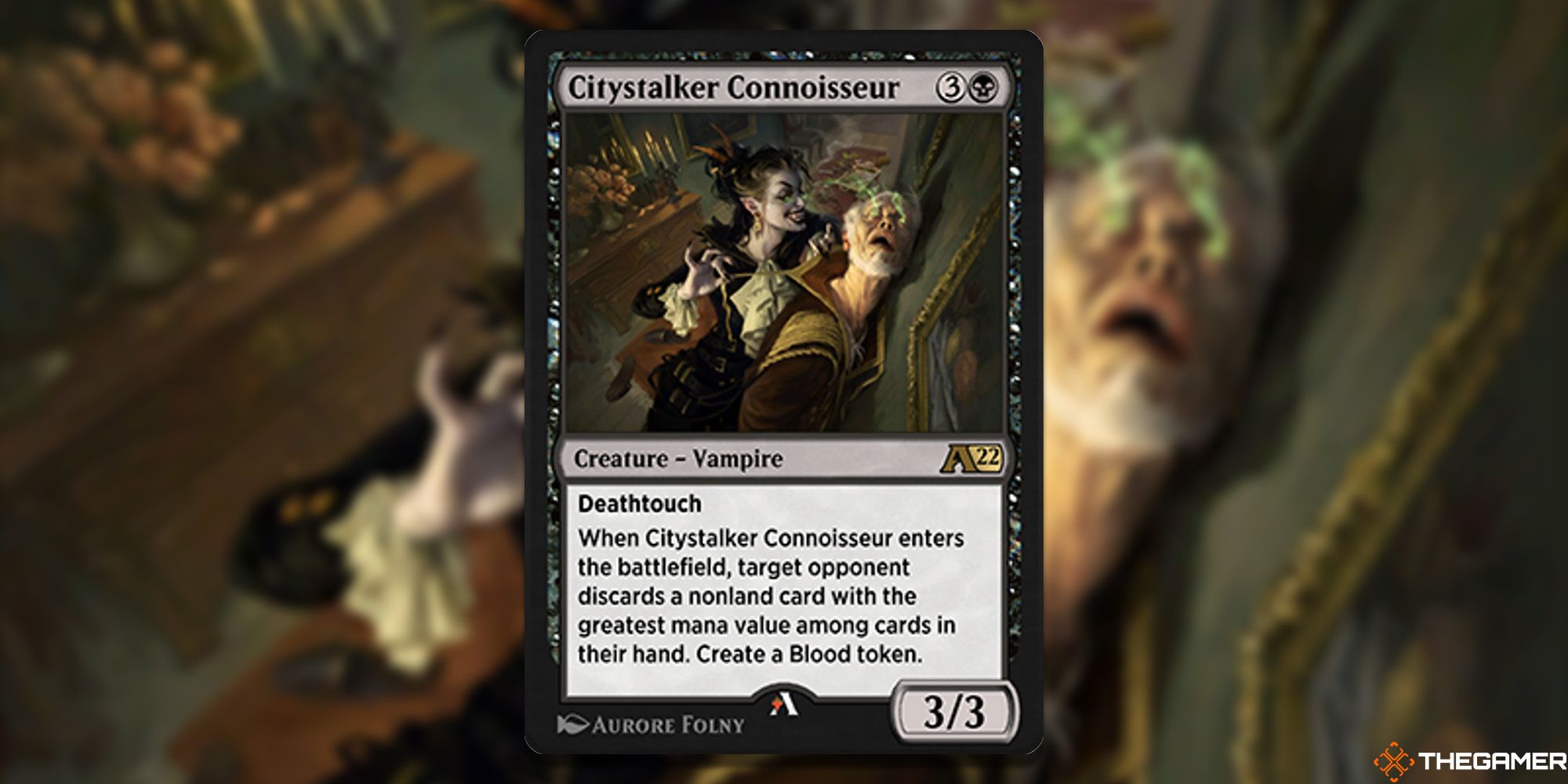 Speaking of the cards above, Rakdos Midrange has been widely regarded as the best deck in Alchemy since their release. Alongside Invoke Despair, these cards provide a powerful discard engine that disallows your opponent from having a hand usually by turn six or seven. Just in case that isn't enough, there's always the option to copy your Citystalker with a flipped Fable of the Mirror-Breaker.

Rakdos Midrange may not be the most fun deck to play against, but there is something very satisfying about forcing your opponent to discard all their cards. If you don't believe us, give this deck a spin. 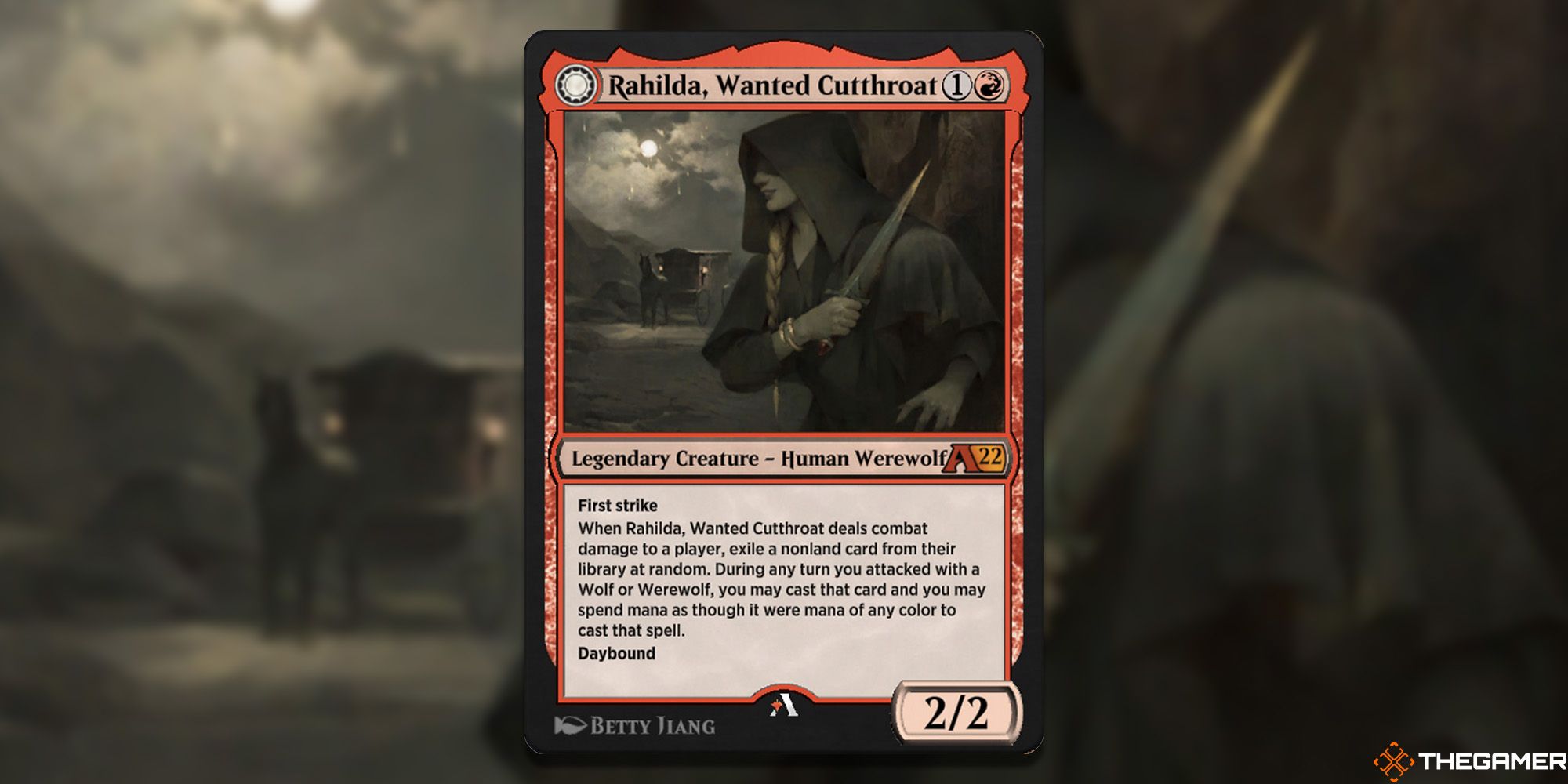 With access to both Tenacious Pup and Town-Razer Tyrant, Gruul (red/green) Werewolves is arguably the best Alchemy deck to date. The one downfall of Tenacious Pup is that the creature itself is rarely better than a chump blocker. Gruul Werewolves shores up this weakness thanks to the triggered abilities of Reckless Stormseeker, Tovolar, Dire Overlord, and Halana and Alena, Partners.

While Werewolves is undoubtedly one of the best decks in Alchemy, it does sometimes feel like this deck's popularity might be giving it a hand up. Whatever the case, Werewolf lovers everywhere finally have a competitive home for their beasties thanks to this burgeoning format.