The Mass Effect games feature a huge variety of characters for Commander Shepard to meet, from allies such as Garrus Vakarian and Miranda Lawson to ruthless villains such as Saren Arterius and the Reaper fleets. Fortunately, Shepard has loyal soldiers such as Kaidan Alenko by his or her side.

Kaidan Alenko was there for Commander Shepard from the very start, being aboard the SSV Normandy when Shepard was gearing up for that ill-fated Eden Prime mission with Nihlus and Richard Jenkins. Kaidan has been in and out of Shepard’s life ever since then, and there’s a bit more to him than meets the eye. Which facts shed some light on who Kaidan Alenko really is? 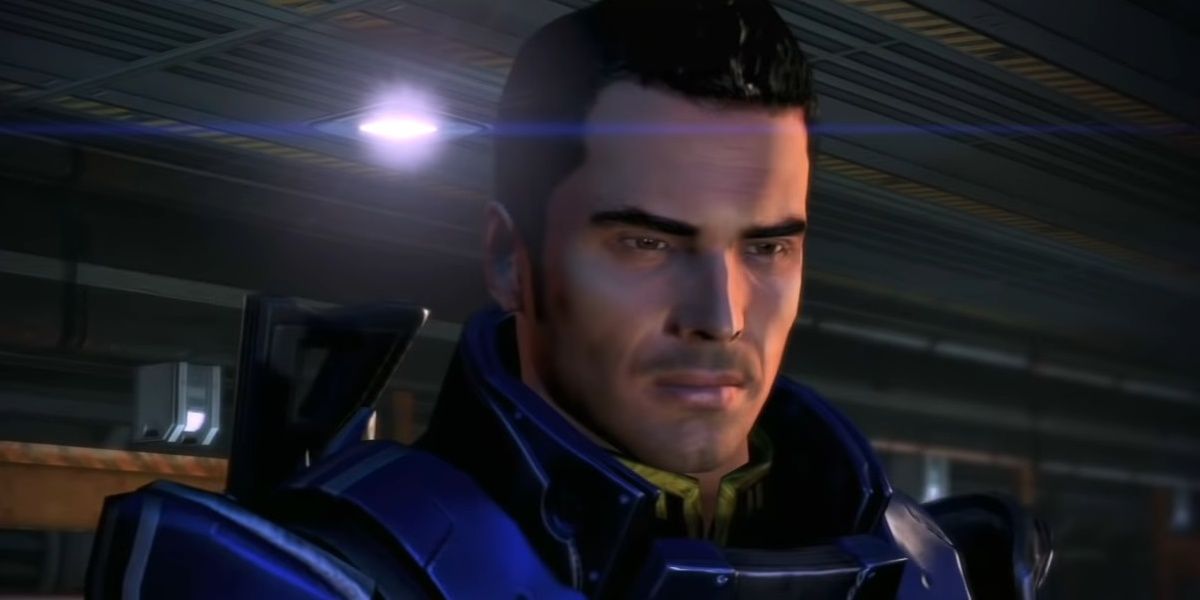 It is strongly implied in the Mass Effect games that Kaidan was born and raised in Canada, or at least, he was living there at some point before leaving Earth to serve the Systems Alliance Navy. He’s getting nostalgic for Canada by Mass Effect 3, and his last name suggests that he is Ukrainian-Canadian in particular.

Kaidan’s last name ends with -enko, a fairly common part of Ukrainian last names. It may be noted that by this point in the future, many ethnic and racial bloodlines have thoroughly mixed, meaning the human race is at once more diverse and more unified than ever before. Many people have ancestry from all over the globe, and that may include Kaidan, too.

9 Kaidan Has A Meaningful Last Name 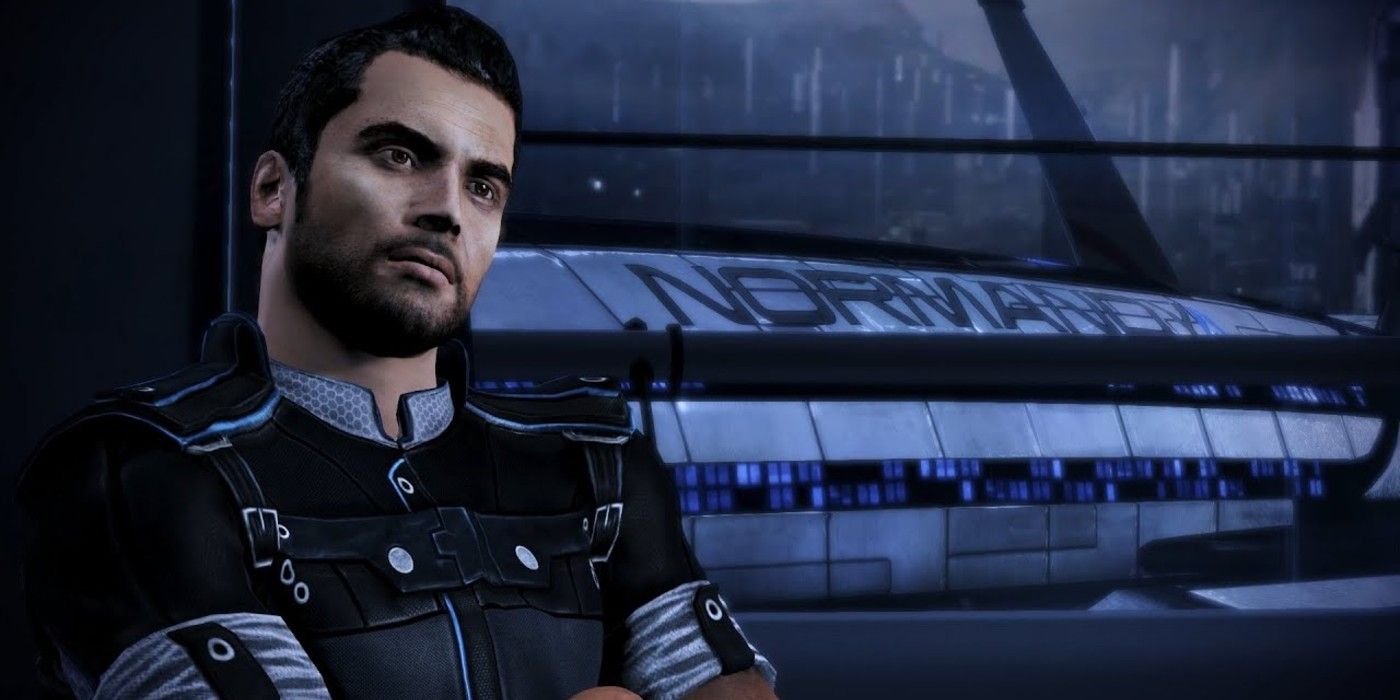 Kaidan’s first name may also be of Ukrainian origin, and it may be based on the word “kaidany,” which means something like “shackles.” As for his last name, Alenko, there may be some Greek influence.

“Alenko” sounds similar to a Greek word that means “I correct” or “I reprove.” That may ber based on Kaidan’s disciplined, straight-laced attitude, where he rarely feels rebellious and rarely questions orders. He’s not quite as upright as typical Turians, but he also totally lacks a rogue streak.

8 Kaidan Could Have Romanced Male Sheaprd 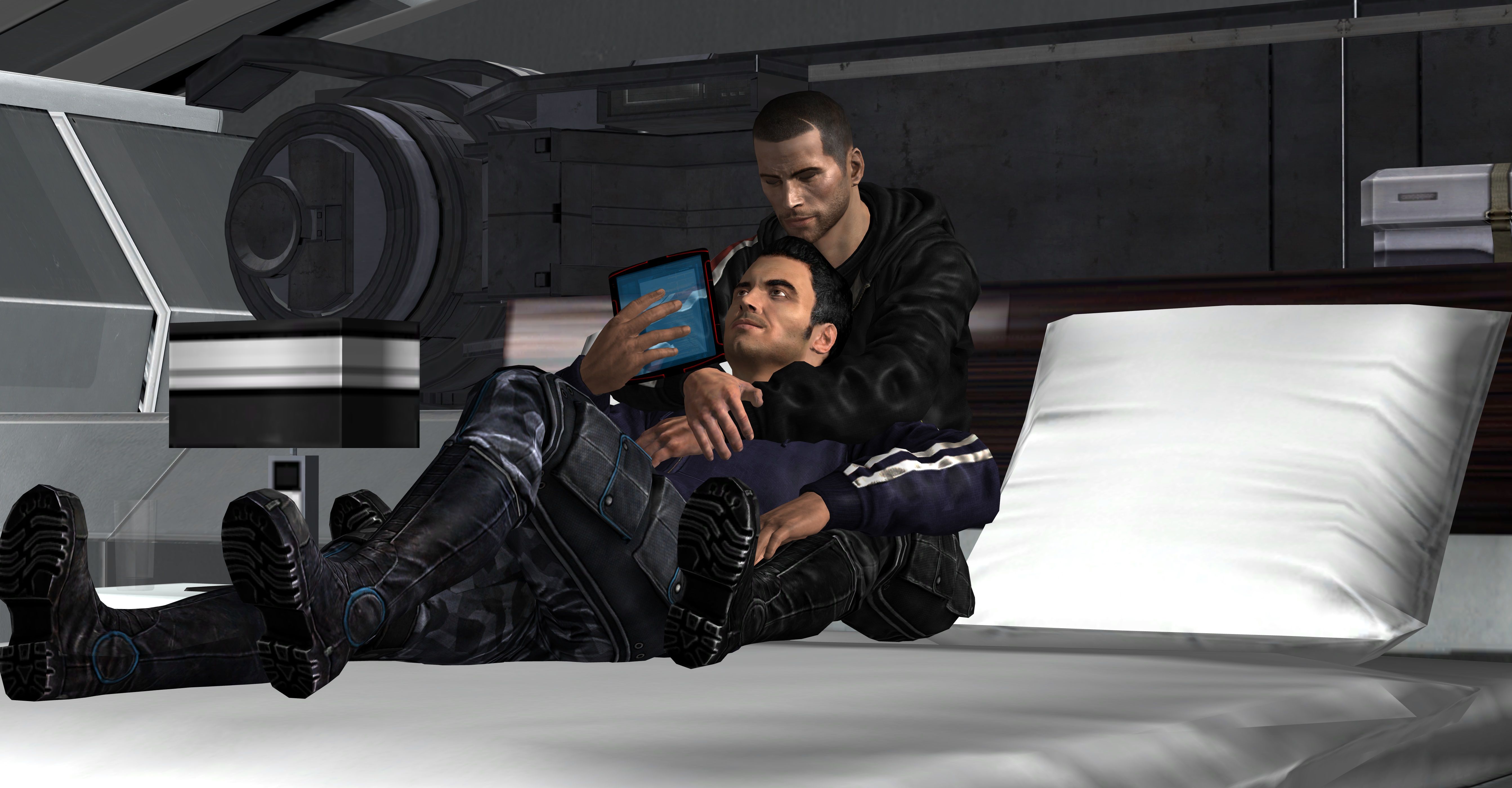 In the original Mass Effect, Kaidan is a potential love interest for female Shepard, or FemShep, while male Shepard may choose between Liara T’soni and Ashley Williams. Despite this, Mark Meer voiced his lines for the male Shepard/Kaidan romance scenario.

It is possible, via save edits, to have male Commander Shepard romance Kaidan, a sort of progenitor to the male Shepard/Steve Cortez romance found in Mass Effect 3. Fans may enjoy having this extra option and see another side to Kaidan, though they should be aware that there will be some minor glitches along the way.

7 Kaidan Gets Flustered Around FemShep & Women In General 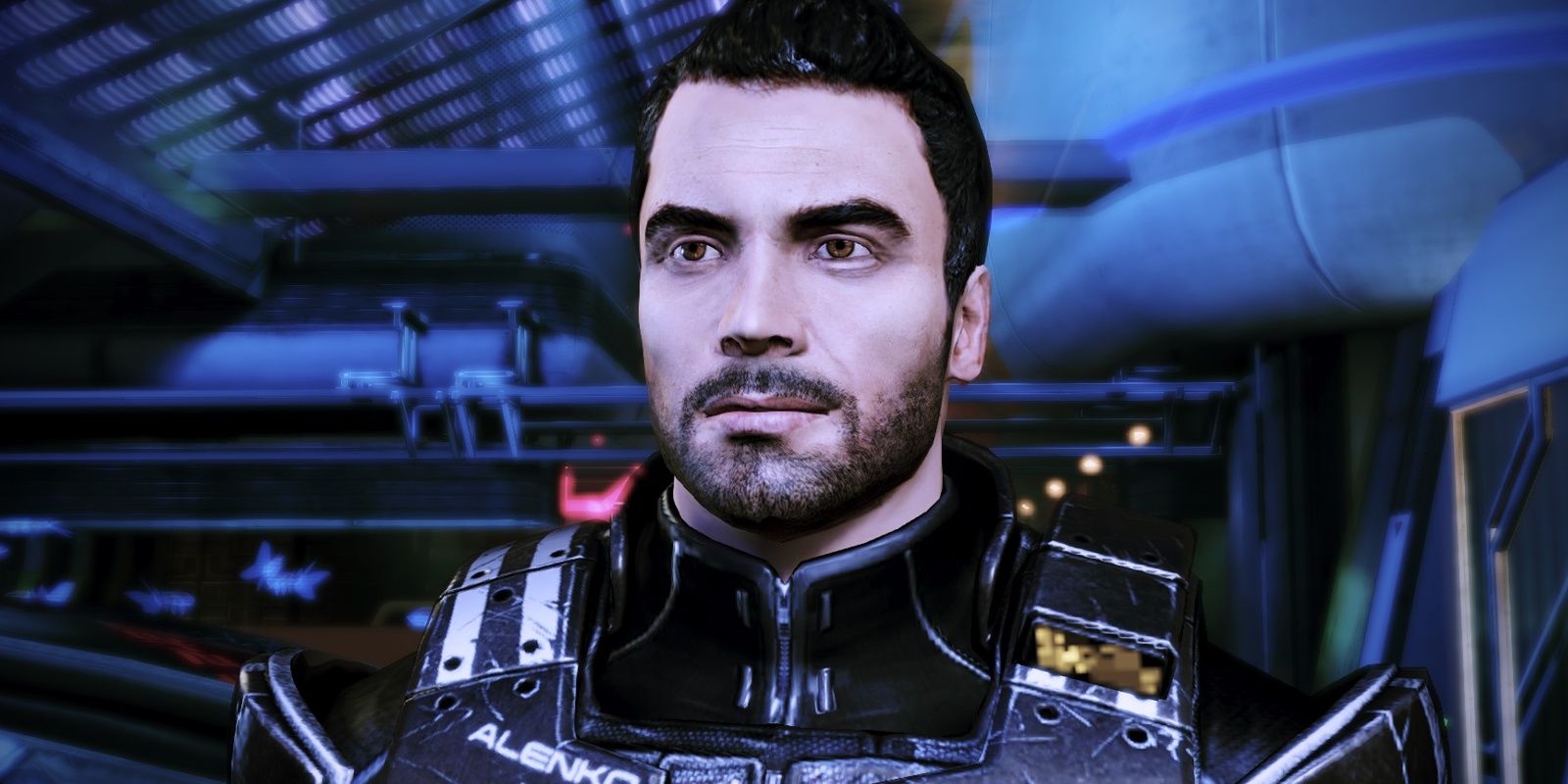 Amusingly, Kaidan practically acts like a bashful schoolboy when he’s around attractive women, or even just talking about them. More than once, Kaidan will get a little tongue-tied around FemShep, and make flirty advances before he even realizes it.

FemShep doesn’t mind at all, though Kaidan will quickly try to cover it up and say something more neutral, to not seem too flirty. If FemShep likes it enough, she’ll pursue the romance, and if not, then no harm done, at least. 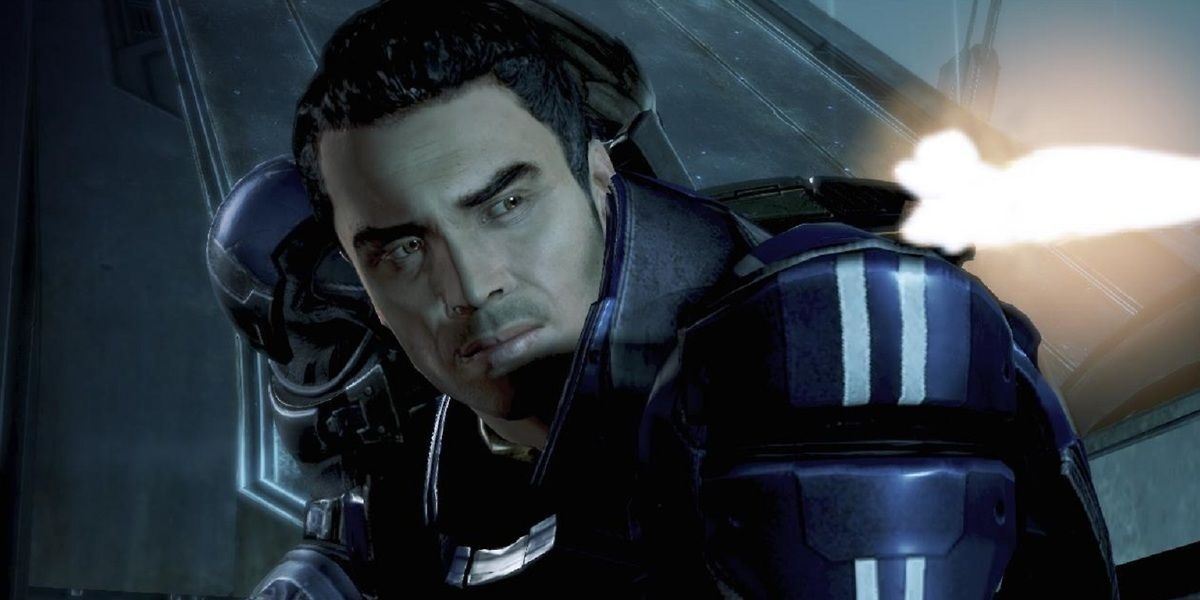 What sort of armor does Kaidan wear? Over the course of the games, including both gameplay and cutscenes, the answer changes. In the original game, he could only wear light armor, but that didn’t last into the second game.

When Shepard meets Kaidan again on the Horizon colony world, Kaidan is wearing medium armor, and it looks rather bulky on him. And in the first cutscene of Mass Effect 2, Kaidan is donned in heavy armor, of all things. That won’t last long, though. 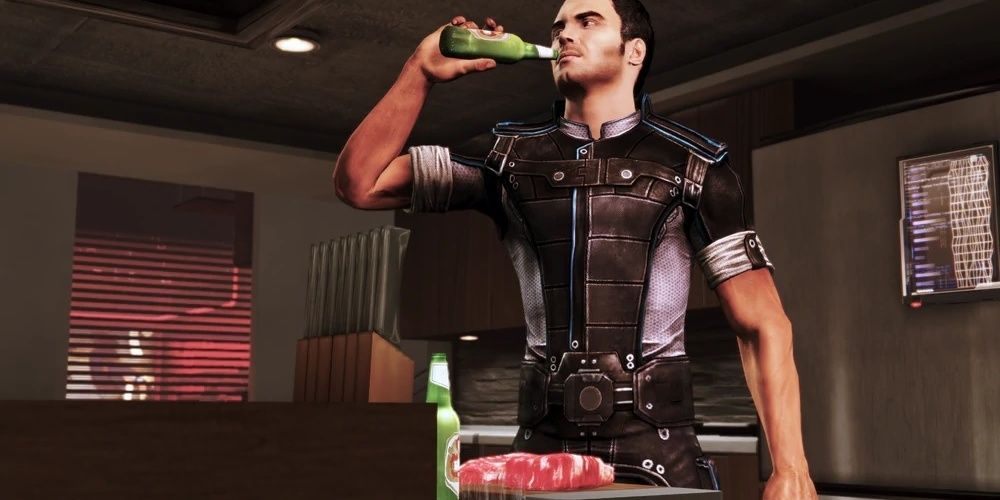 Like Ashley and Armando-Owen Bailey, Kaidan misses the taste of home, despite the variety of restaurants and cafes found on the Citadel. If Kaidan is romantically involved with FemShep, he’ll share that passion with her, and enjoy himself.

Kaidan is longing for some authentic Canadian beer, and more than a few players might sympathize with that. In addition, Kaidan will prepare some meaty treats when he’s invited to Shepard’s roomy apartment in the Citadel DLC pack. Kaidan is just as sharp in the kitchen as he is on the battlefield. 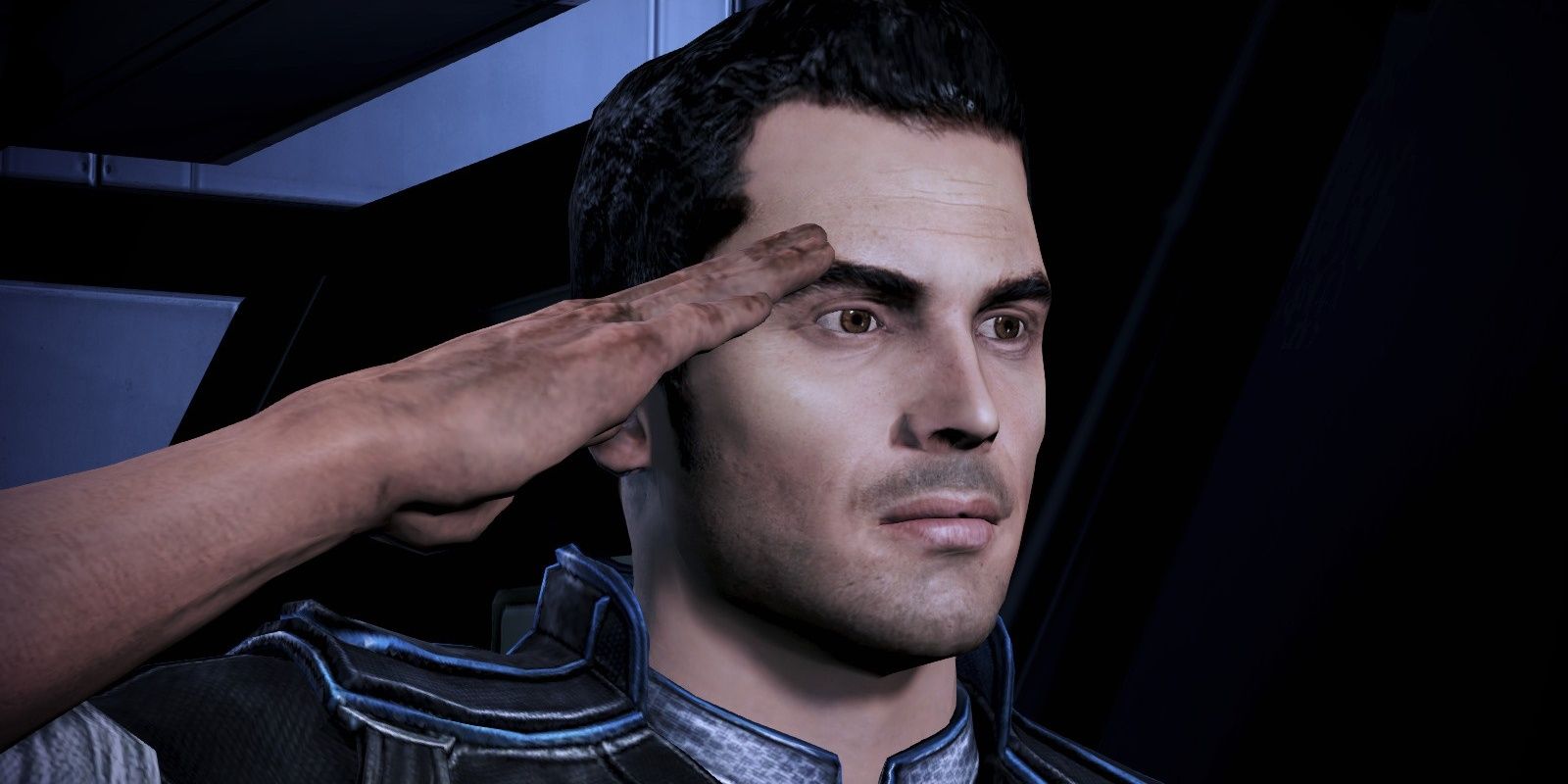 Kaidan is a soldier, and he knows his duty. He’s not about to lose his nerve in the middle of a campaign, but still, he doesn’t quite have the strong stomach that Urdnot Wrex does. If something truly despicable is happening, Kaidan will remark on it.

Kaidan blurted out some horrified comments when he saw video feeds of sheer carnage from Miranda, and he also cries out “Oh my god!” if he witnesses Wrex shoot and kill Fist the crime boss in the first game. Wrex might shrug off such things, but not Kaidan. He has his limits.

3 Kaidan Is Not Too Judgmental 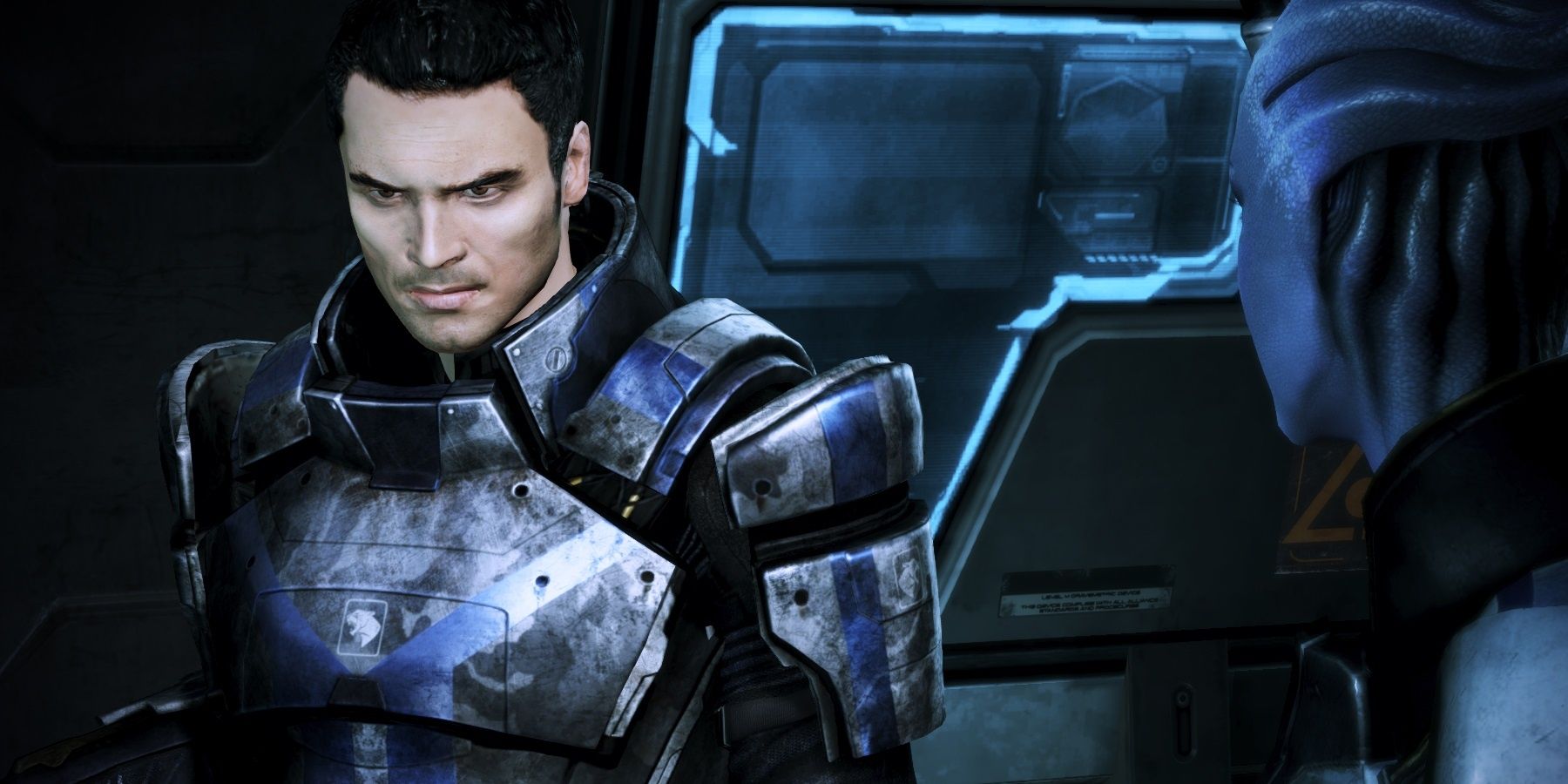 Kaidan is most interested in advancing the needs of humanity, but he is not about to join the Cerberus organization to do it. Instead, Kaidan has a balanced perspective, and he’s learned to not stereotype people or make rash assumptions based on small sample sizes

Kaidan suffered at the hands of brutal Turian trainers, but he doesn’t hate the Turians overall for that. He even said that if a whole species could be judged from a handful of bad apples, then he would hate humanity, too. To him, it doesn’t make sense to point out the bad apples and condemn their entire race for it.

2 Kaidan Tries To Analyze The Hidden Aspect To Everything 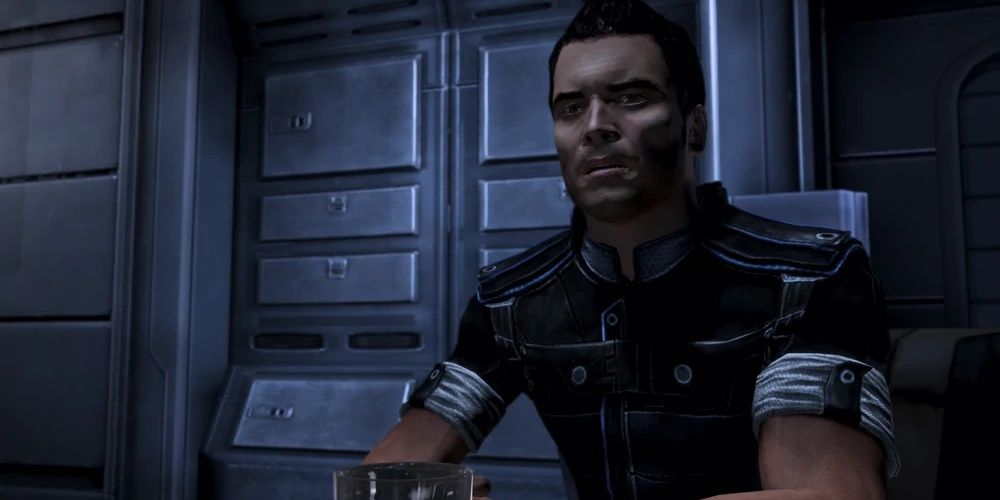 Kaidan once accused his friend Joker for being rather paranoid, but in truth, Kaidan is also the sort to try and connect the dots and see the bigger picture when no one else will. In the first game, Kaidan will often suspect that there is a lot going on behind the scenes, and he makes these feelings clear to Shepard.

In particular, Kaidan finds it strange that the Council is dragging its feet so much about Saren and the Reaper threat, and when the Geth are added into the mix, and Matriarch Benezia, and Liara, it all seems so baffling. In his own words, Kaidan believes that there’s writing on the wall that no one is reading.

1 He Has An Easygoing Sense Of Humor 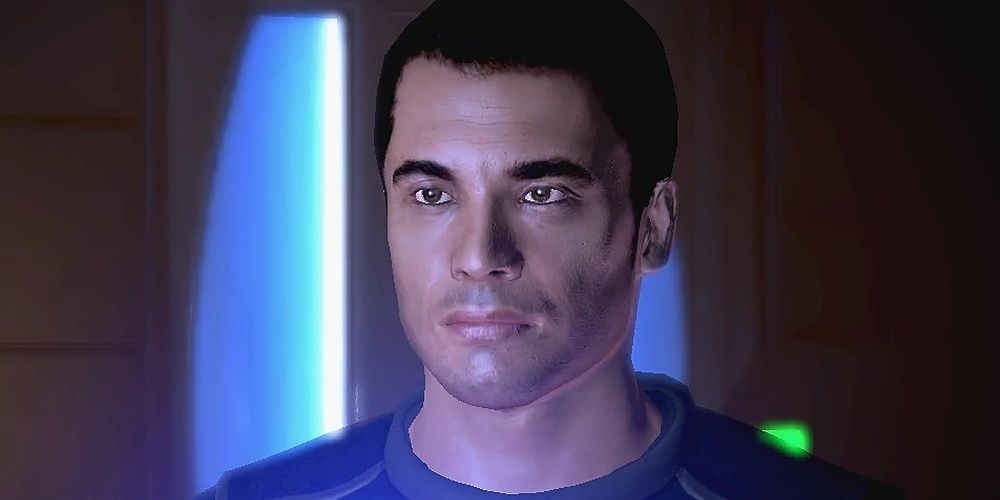 Some Mass Effect characters are funnier than others, with Joker, EDI the advanced AI, and Urdnot Grunt being among the funniest (while Javik and Thane never joke about anything). Kaidan is somewhere in the middle.

Kaidan isn’t the class clown, not does he like shock value. Instead, he makes gently amusing observations or makes G-rated jokes about the situation, such as his fake disappointment about missing a chance to play “good cop” with a captured enemy. He also joked that Chora’s Den, a strip club, had quite the “view.” Ashely urged him to stop panting like a dog and put his tongue back in his mouth.

Next: Mass Effect: 5 Vital War Assets Against the Reapers (And 5 Minor Ones) 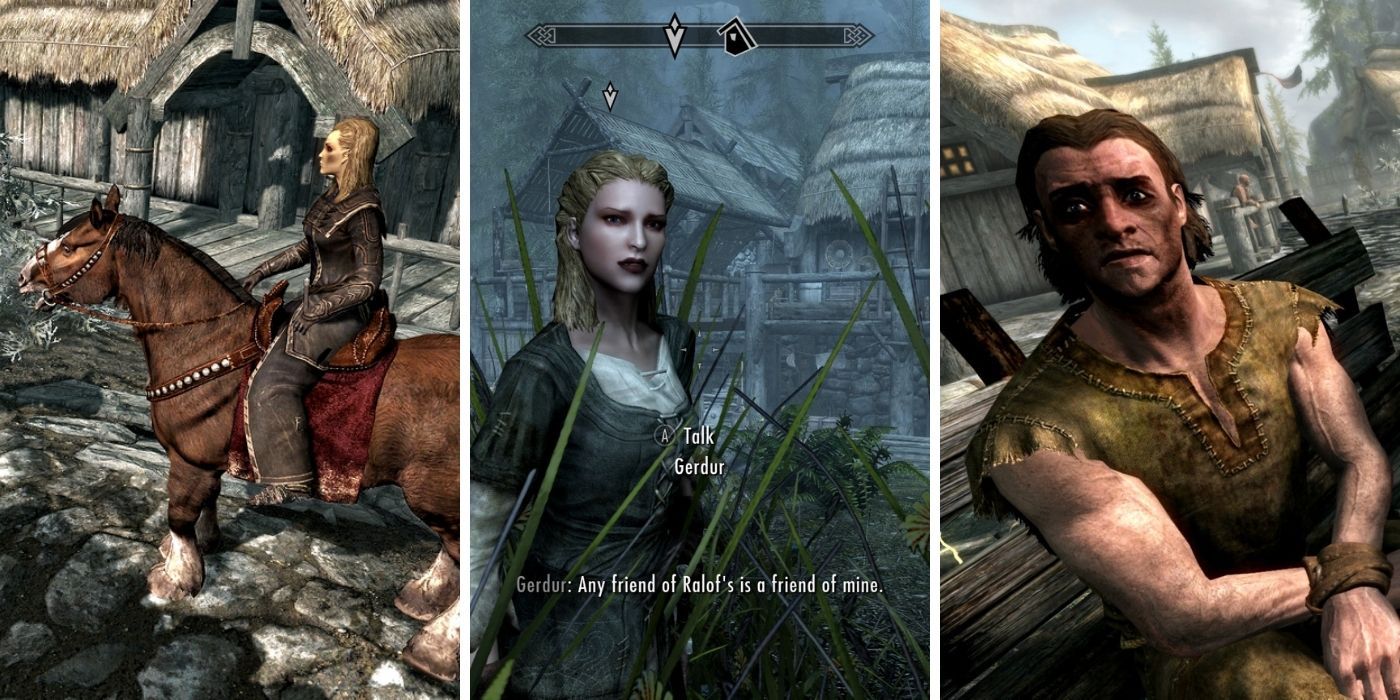