It's rare that I write about mods here at TheGamer. Sure, we have features about playing Skyrim as a mudcrab, or news on the Binley Mega Chippy in Elden Ring, as well as weekly mod round-ups, but mods just aren't for me. I'm a console gamer most of the time, and that means while I get the benefit of playing on my TV, sitting on my sofa, never having to fiddle with any settings, and just generally having a much more relaxed time, it also means no mods for you. Er, me. Today, however, I am compelled to write about a mod for what might be the first time at TheGamer. And I'm here to tell you all about Mass Effect's Among Us mod from Mentlegen and ThaliaGrace.

This is not a mod that turns the Normandy into the Whatever The Ship Is Called in Among Us. Giving Among Us characters Mass Effect character skins instead of the usual space suits might add a bit of texture, but it's hardly worth writing about. Conversely, having Shepard et al running around calibrating cannons and killing each other would be fantastic, but also basically impossible. I mean, I'm assuming. I've never made a mod before. Modders, if you're reading, and if that sounds easy, then go make that mod for me and I promise I'll write about it. Instead, what this mod actually does is transform the Reapers, the planet harvesting unstoppable killing machines who wipe out galaxies, into Amogus dudes.

In the opening of Mass Effect 3, the scale of the Reapers hits home. We have previously dealt with just one Reaper per game, and even then, right at the end. In the first game, we don't even fight it, we merely see it and take out Saren. In the second, we stop a human-shaped Reaper from being built. We've never really come up close and personal with one before.

That changes in the trilogy's final episode. We begin on Earth, grounded due to the events of Mass Effect 2, and witness the scale of destruction the Reapers can inflict. A single ship drifts across the floor-to-ceiling window, and emits the horrifying drone that will come to define our time with the Reapers. Except in this mod, the Reaper is an Impostor, and they yell "Among Us" as they attack.

Perhaps the best moment in this mod comes when you meet up with Garrus on a desolate moon, and see how badly the turian military, the most well-honed in the galaxy, is struggling. There's a sombre moment when a Reaper drifts by, making Shepard and the whole planet feel inconsequential specks in the long history of the galaxy. Except in this mod it's an Impostor. 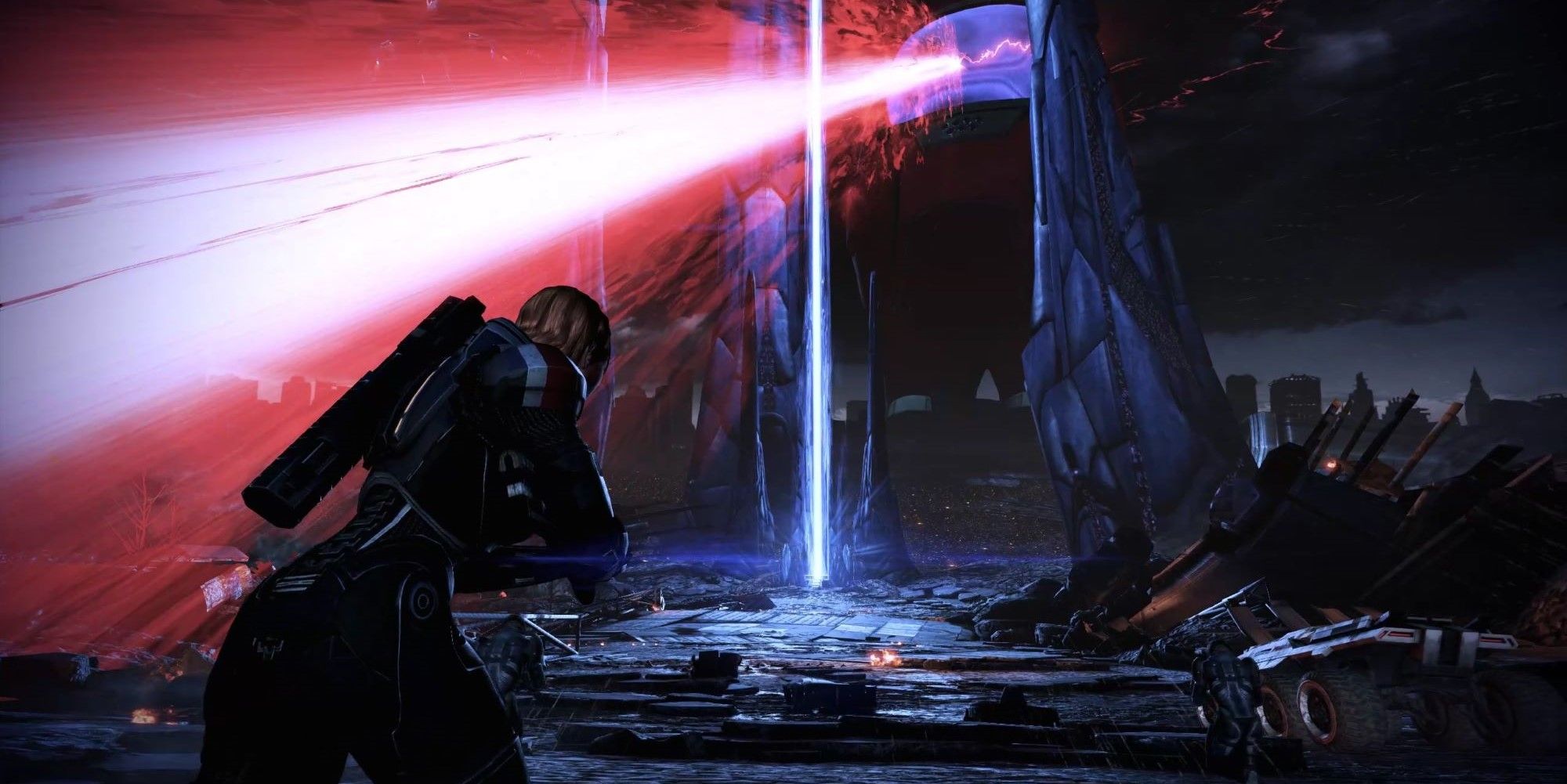 That's not all. While the screech of anguish is replaced by "Among Us!" in the opening scene, most of the time the Sabotage alarm will blare in any scene where the Reapers loiter in the background. If you've played Mass Effect 3, you'll know this is essentially every goddamn scene.

You might think that such a whimsical and jaunty mod must have been made by a happy-go-lucky character, a real cheery sort. You'd be wrong. This mod is fuelled by rage. Let's take a look at the mod description, shall we?: 'I can't fucking take it. I see an image of a random object posted and then I see it, I fucking see it. "Oh that looks kinda like the among us guy"', the write up opens, before ending with 'I can't live anymore. Among Us has destroyed my fucking life. I want to eject myself from this plane of existence. MAKE IT STOP!'. They're holding up pretty well, I'd say.

Here's to another playthrough of Mass Effect. Those Reapers looking kinda sus.