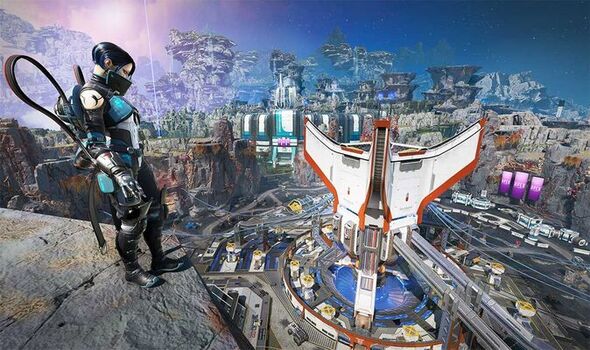 Apex Legends season 15 is launching on Tuesday, November 1 with the Eclipse update adding the new Broken Moon map as well as new legend Catalyst. The arrival of Catalyst is a landmark moment for Apex Legends as she’s the game’s first ever trans character. And ahead of Catalyst’s debut in the Apex Games a new trailer has been revealed showcasing her abilities and playstyle.

“Meet Catalyst, a defensive conjurer and a Legend who’ll do anything to protect her home.”

The trailer detailed the Passive, Tactical and Ultimate abilities for the ‘techno witch’.

Passive – Barricade: Gives Catalyst an extra button prompt on doors which reinforces them. Once activated doors can only be opened and closed by Catalyst’s teammates. Helps people on her team hunker down.

Tactical – Piercing Spikes: Catalyst throws ferro fluid on the ground which turns it into spikes. Enemies that try to walk through it are damaged and slowed down. The ability can be thrown quite far and works as a good defensive tactic.

Ultimate – Dark Veil: Another move using ferro fluid, this time around Catalyst is able to raise a huge wall made of the jet black liquid. Enemies can walk through the wall but will be slowed and partially blinded. The wall also blocks some of the scan tech other legends have, making it a great tool for splitting up battlefield.

If you’re wondering how to squad up with Catalyst then she’s a legend that syngerises with other defensive and mobility legends.

In terms of what else players can expect, EA said that Catalyst is one of the most VFX intensive characters to ever feature in Apex Legends.

While looking at her personality the dev team said she’s an introverted, gothy, no-nonsense character who acts as a big sister to others.

Besides being the first ever trans character in Apex Legends, Catalyst is also voiced by a trans VA and she was developed in conjunction with trans developers.