Midnight Fight Express has lots for you to sink your teeth into if you want to stick around post-credits and take on many challenges, earn new outfits, and tighten your gameplay up. While the vast majority of challenges can be straight and to the point, the occasional few will require a level of effort from you to accomplish.

One such challenge will occur in the game's 19th Mission, Slums. Here, you will have to track down and obtain eight Goblin Figures. This may seem simple on the surface, but some of these Goblin Figures are placed in dubious locations or can be easily missed if you take a step too far. To help you combat this, we have outlined where you can find each of them below!

The Goblin Figures will only spawn into the stage after you have completed it at least once. If you have yet to clear this mission, go ahead and do that now before moving on with our guide! 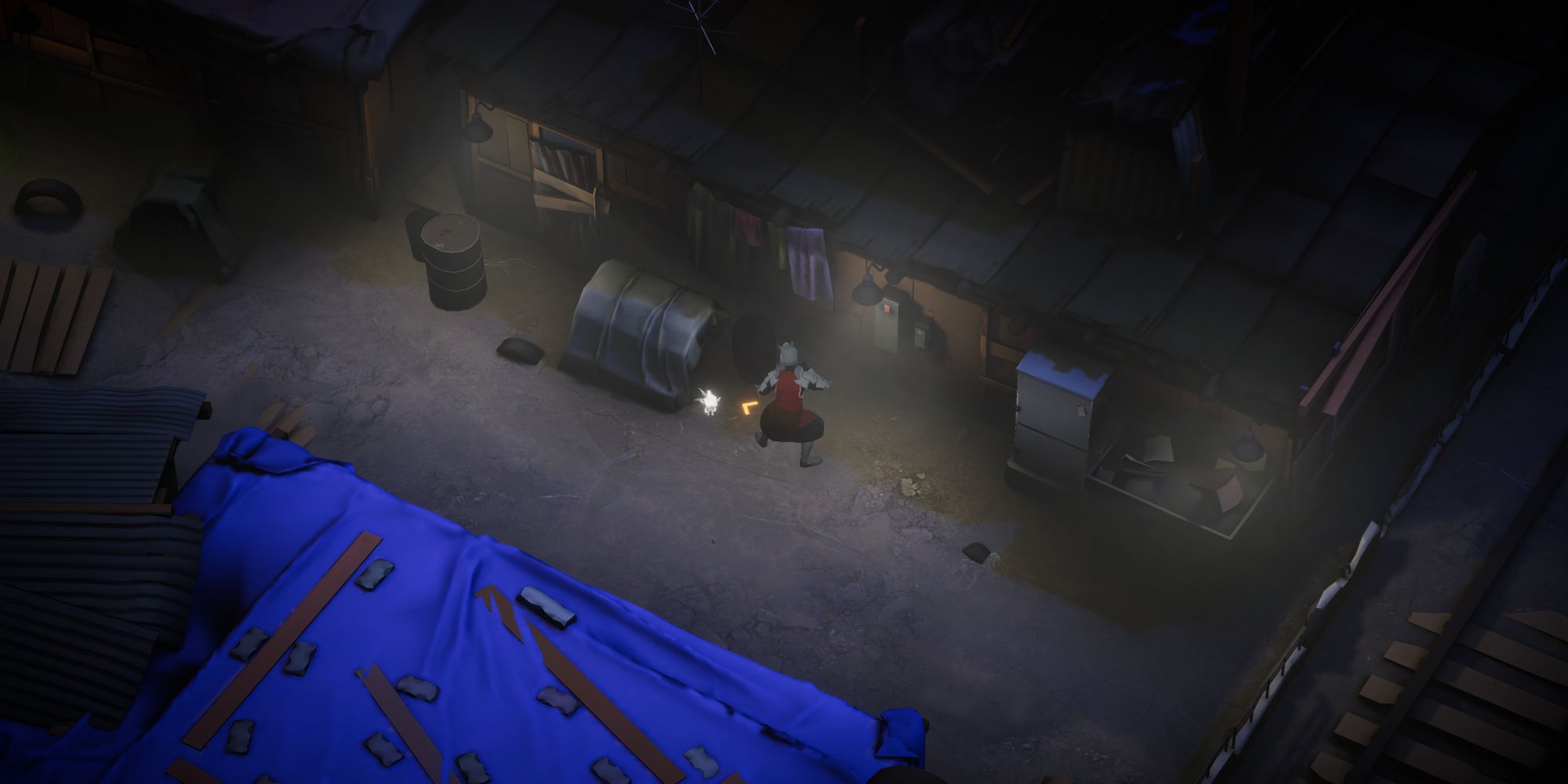 As soon as the mission starts and you jump off the top of the train, you can find the first Goblin Figure a few steps ahead, lying beside a barrel and a tarp on the righthand side of the screen. Simply walk up to it and press the corresponding input to collect it! 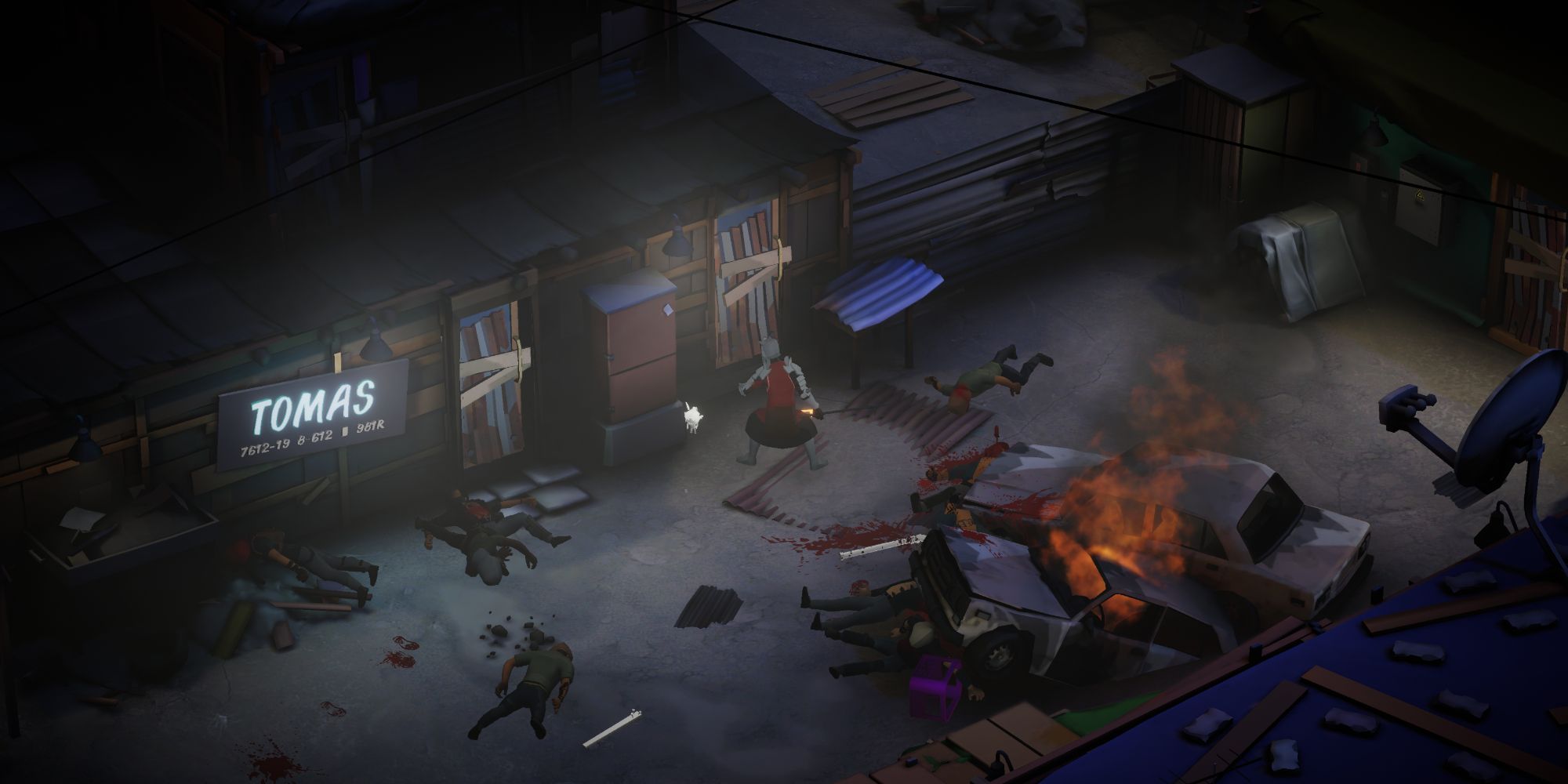 The second Goblin Figure is a bit ahead of the first and is located in the area where you have your first combat encounter. Once you have cleared out every enemy, look for a neon sign that reads 'Tomas,' then head to the right of it. The Goblin Figure will be on the ground on the right side of a red pillar-looking thing. 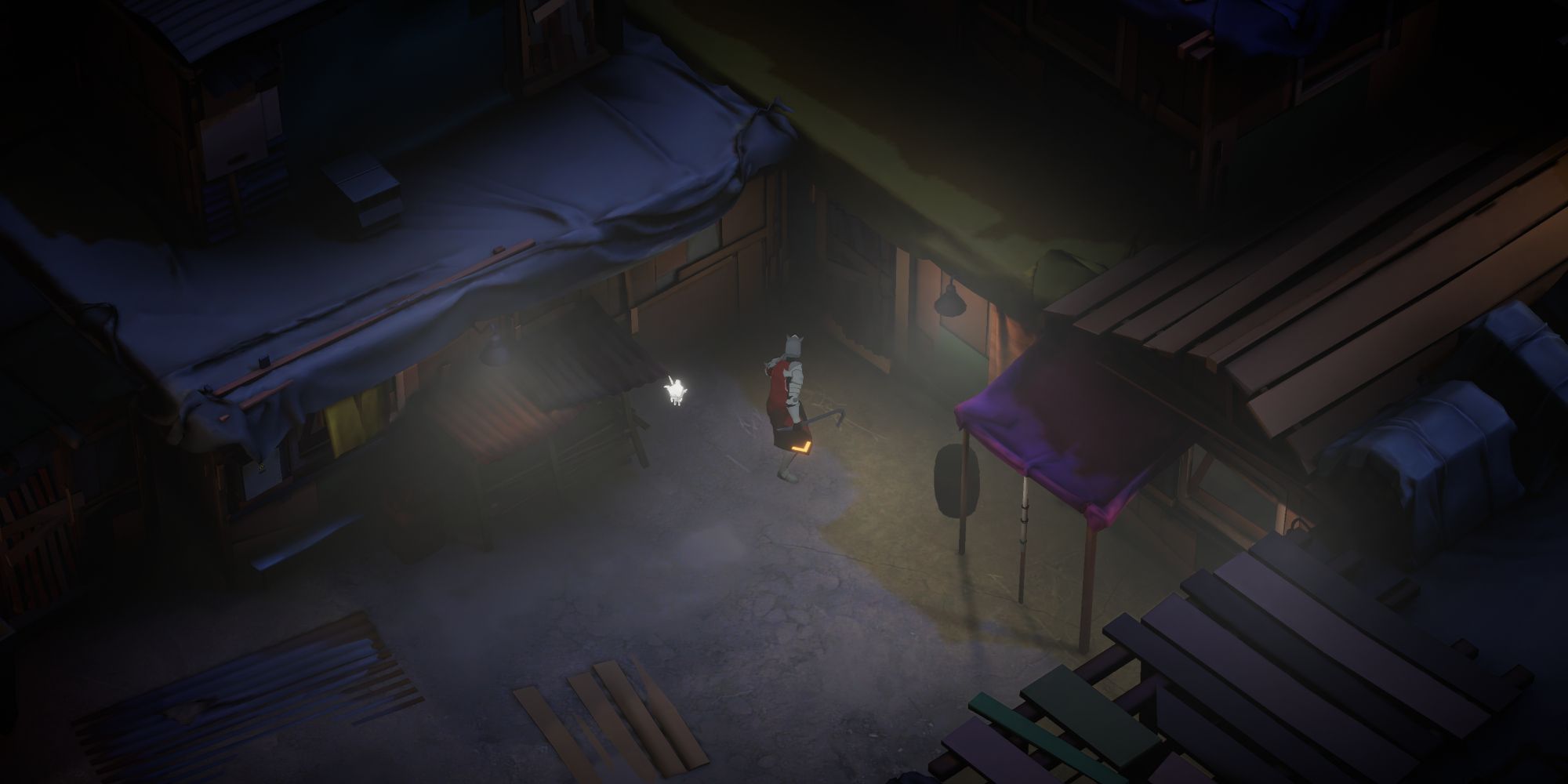 After obtaining the second Goblin Figure, jump the wall to proceed into the next area. Once here, fight through the wave of enemies until the game asks you to jump onto the rooftops. However, before doing this, make your way to the upper-left portion of the screen to find your third Goblin Figure tucked away in the corner. If you are struggling to see it, just look for the purple awning and head to the left of it. 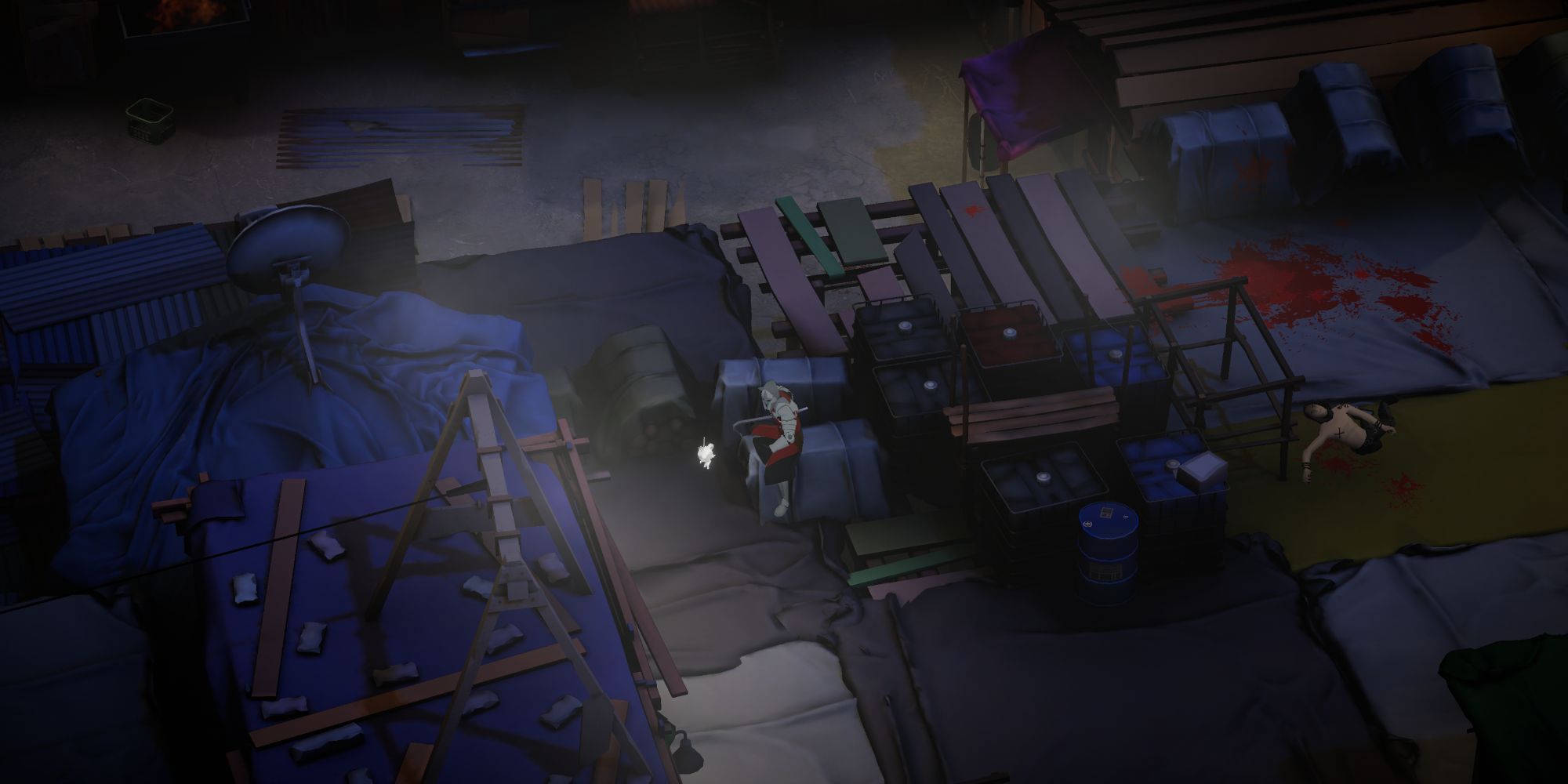 Once the third Goblin Figure is in your possession, follow the indicator to leap onto the rooftops. As soon as you get on the roof, the fourth Goblin Figure will be a few steps in front of you, just in front of logs with a tarp draped over them. There will be a handful of enemies here, so you may want to take them down before attempting to pick the Figure up! 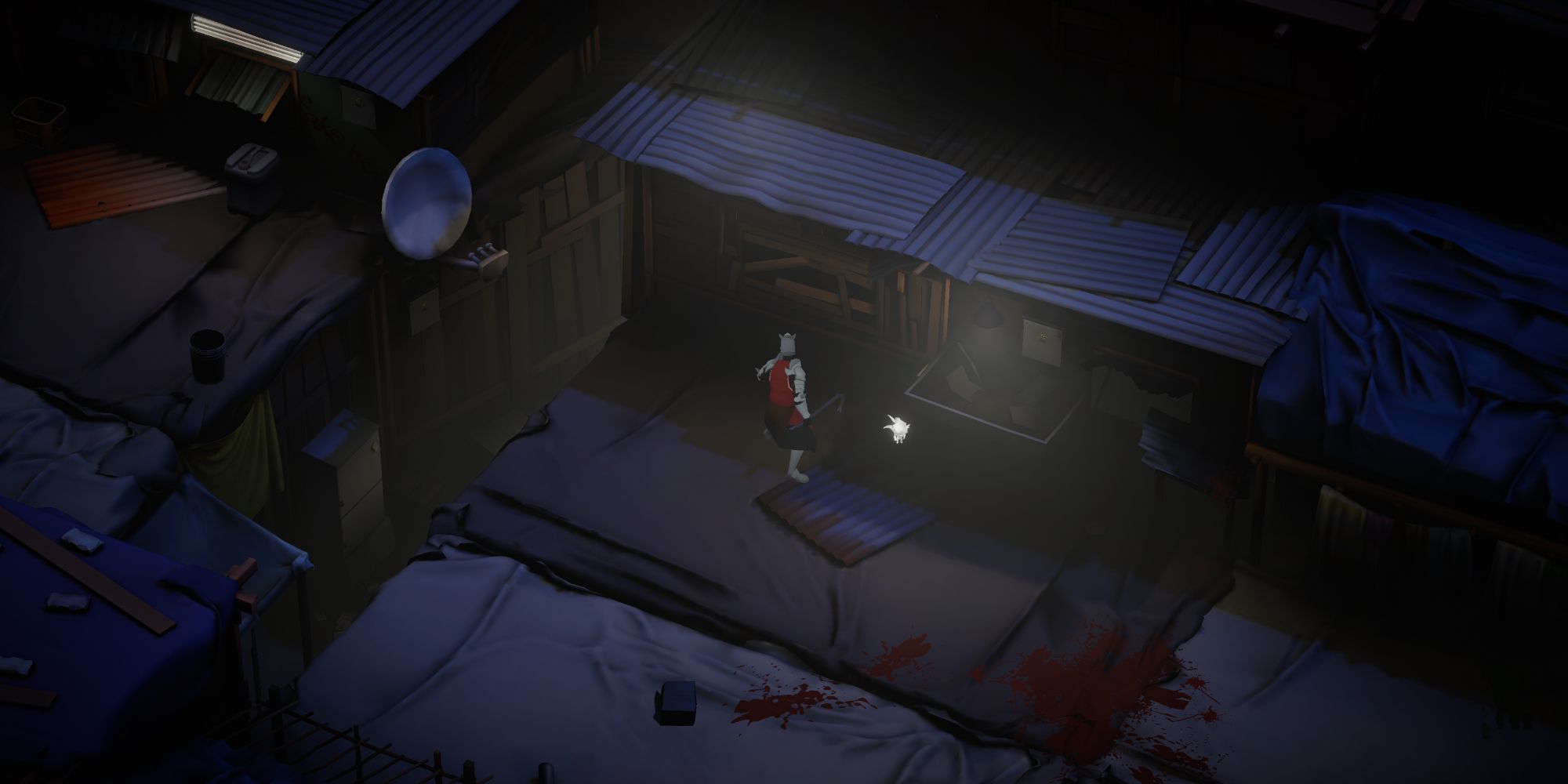 From where you pick the fourth Goblin Figure up, fight your way forward until you jump over a gap and onto another rooftop. As soon as you land, a small cutscene will play where someone tries to blow you up, having you toss them out of the way. When this cutscene ends, you will find the fifth Goblin Figure directly to your left beside a dumpster. 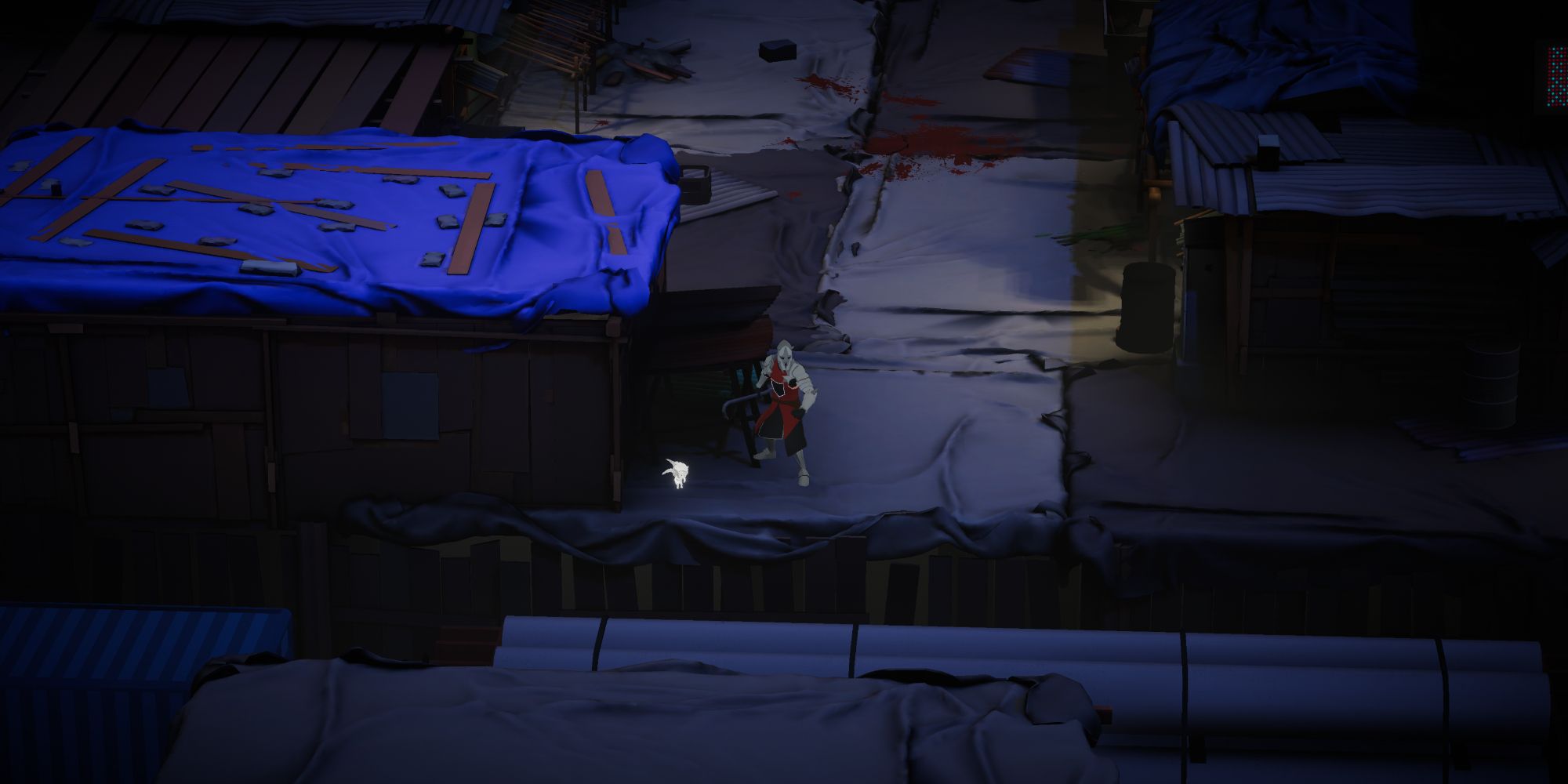 Next up is one of the trickiest Goblin Figure placements in the mission. To easily obtain it, head straight ahead from the fifth Figure until you reach the rooftop's edge. Whenever here, you will see a train rolling by and will be told to progress the mission by heading to the left. However, instead of going left, head to the right corner of the screen to see the button prompt appear to collect the sixth Goblin Figure.

You will not be able to see this Goblin Figure unless you enter the game's Photo Mode (up on D-Pad on gamepad), which is how we snapped the photo above. This is easily one of the more dubious placements in the game, so make sure you have gathered it before moving onward. We suggest using the Photo Mode to locate this one, as it can be tricky to pinpoint. 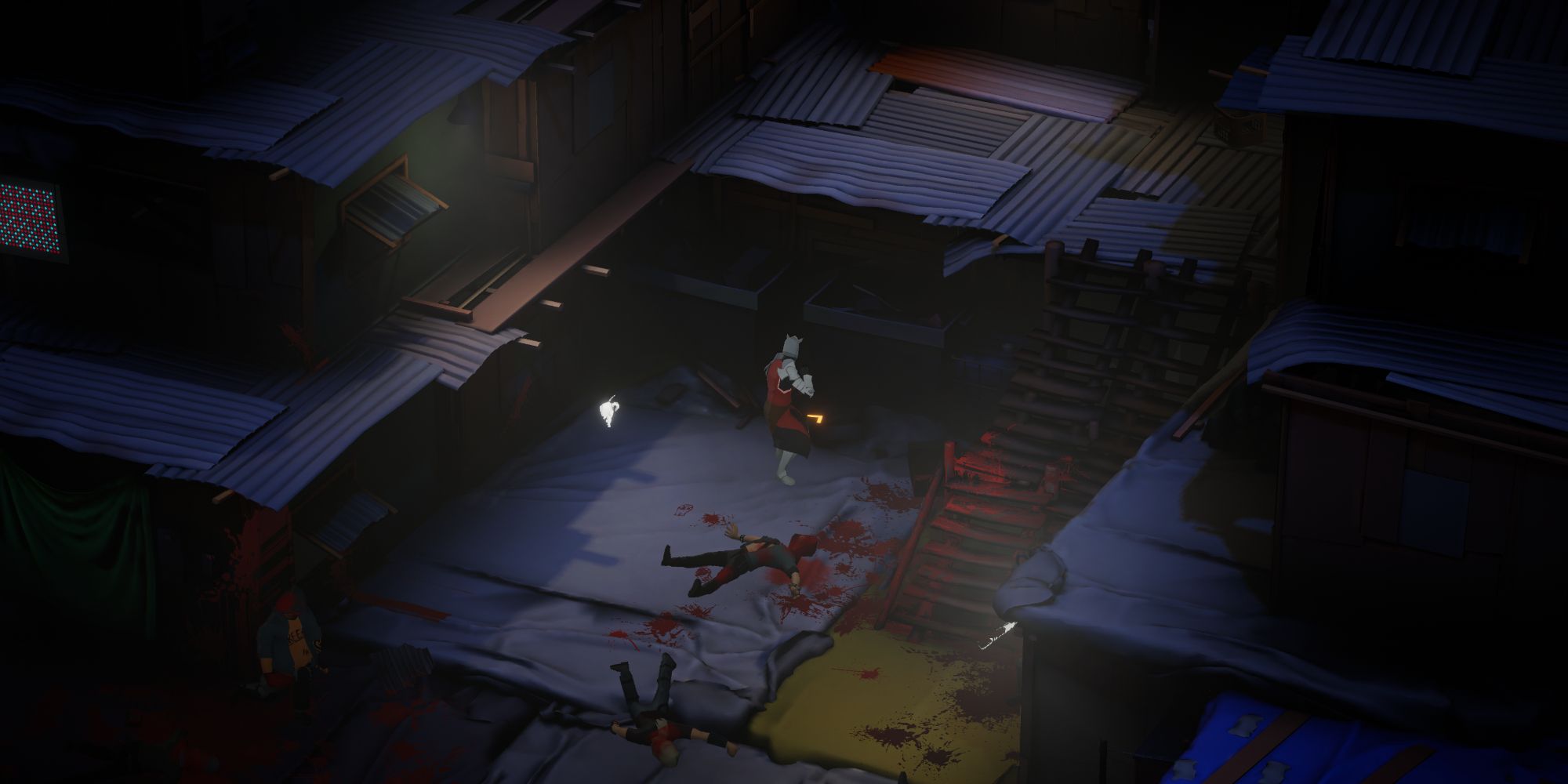 Another tricky one is Goblin Figure number seven, but to a slightly less degree than the previous one. After collecting the seventh Figure, follow the waypoint until you reach the area with a rusted metal staircase, where you get ambushed by several enemies. Once you have eliminated the enemies, the game will tell you to go up the stairs to progress the mission. However, head to the left of the stairs instead to find the seventh Goblin Figure.

This is another Goblin Figure you will not be able to see unless you use the game's Photo Mode (up on D-Pad on gamepad), which we recommend using here if you are having trouble finding it. While not nearly as bad as the last one, it's still much more challenging to find than all the others. 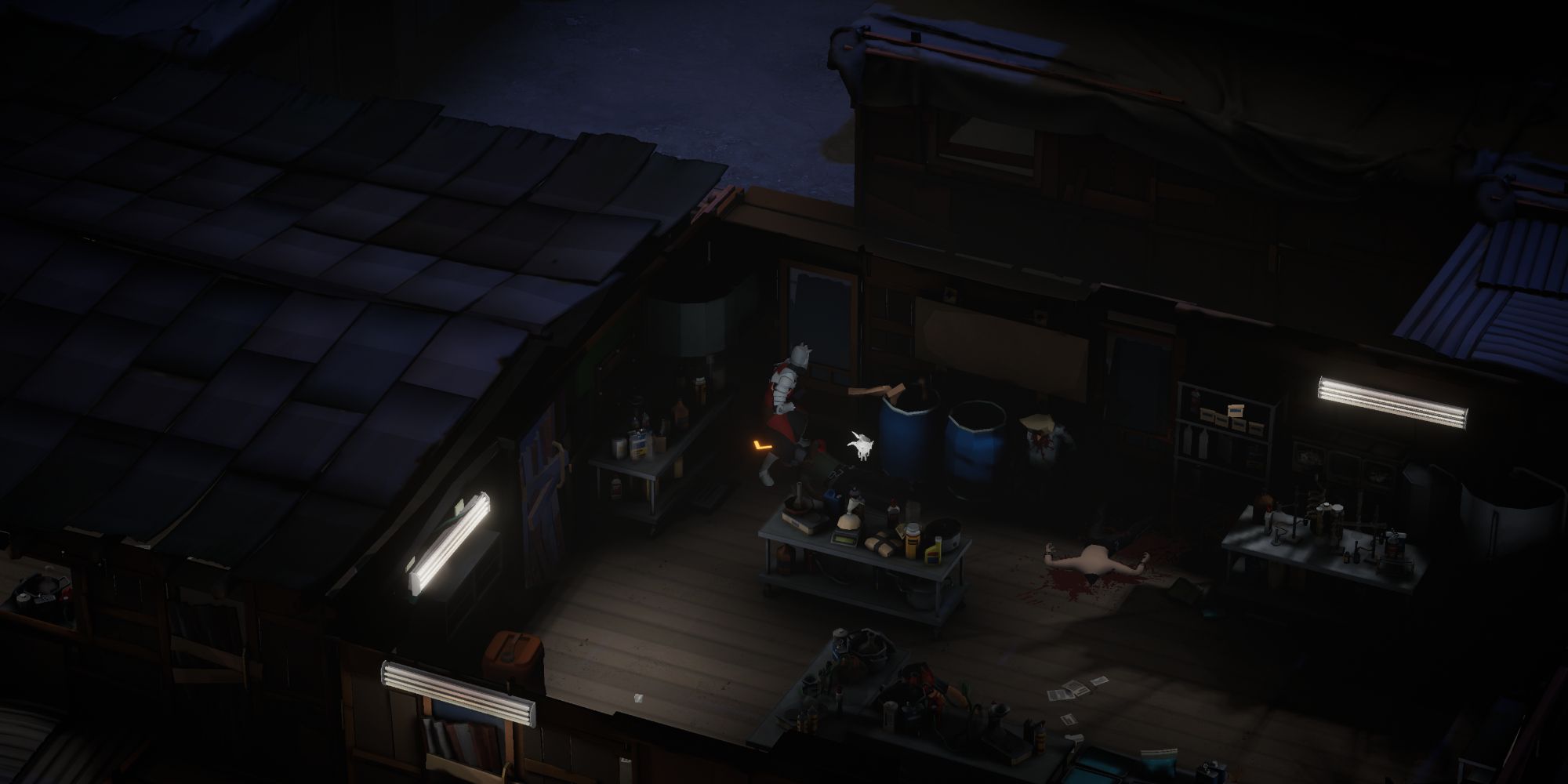 The eighth and final Goblin Figure is easy to obtain and can be found in the room you end up in immediately after using the zipline. Once you use the zipline, beat down the small wave of enemies, head to the top left of the room to find the Goblin Figure tucked in the corner next to blue barrels.