Despite losing the biome vote to mountains back at MineCon 2019, the features that were proposed to overhaul swamps were brought to Minecraft as part of 1.19's Wild Update. One such feature is frogs – the latest in a long line of adorable mobs added to the game.

While frogs don't have exciting drops for being killed, and can't help you in battle the way axolotls do, they have one very interesting interaction that results in the production of a new block – froglight. This pretty new light source will be ideal for illuminating the spooky caverns of the Deep Dark, so here's everything you need to know to get your hands on the stuff.

Where To Find Frogs 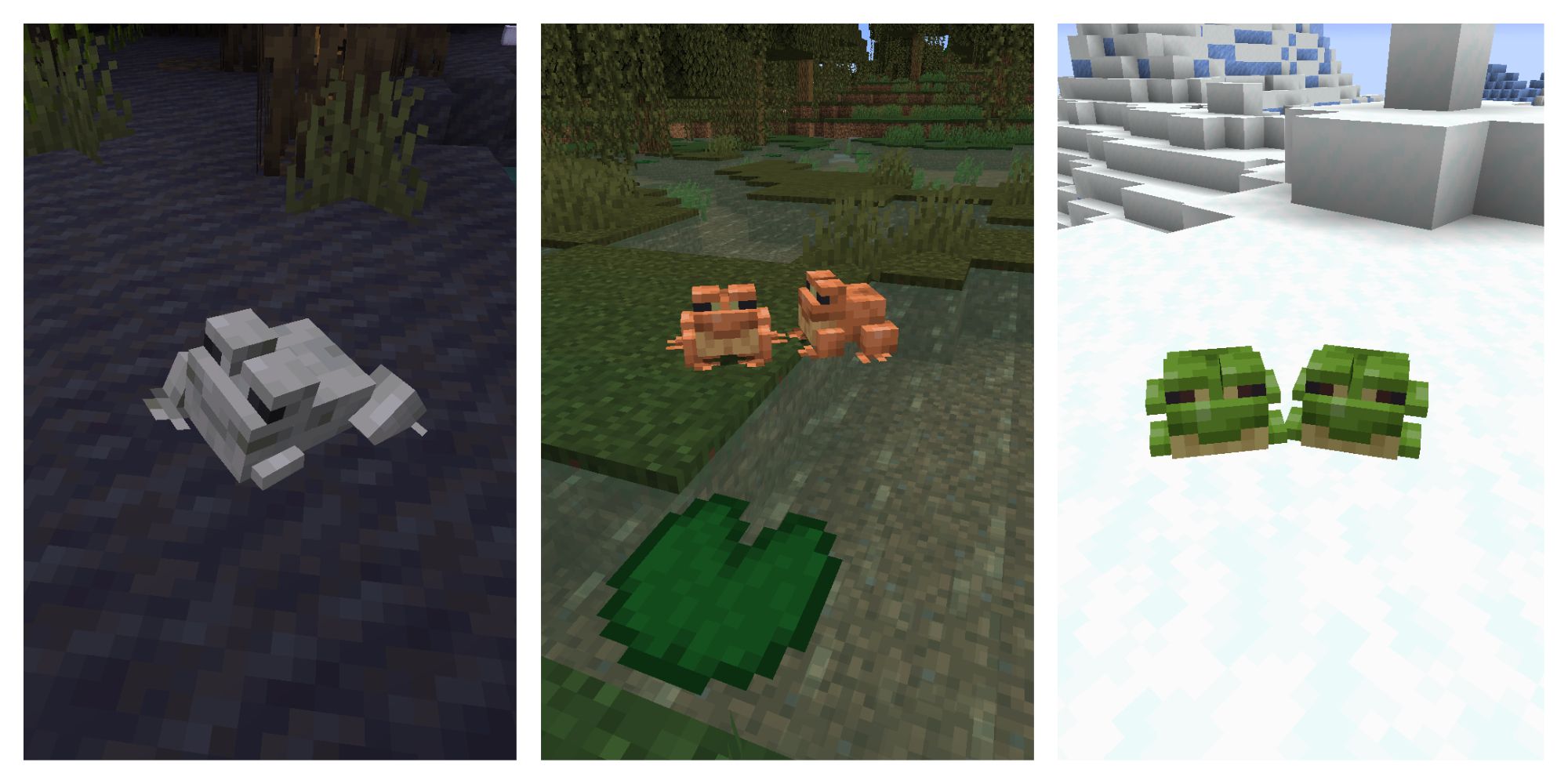 Frogs spawn naturally in Swamp and Mangrove Swamp biomes. Those spawning in the former will be orange, while those in the latter will be white. This means there's no way for green frogs to spawn naturally, which begs the question, how do you obtain them?

How To Breed Frogs 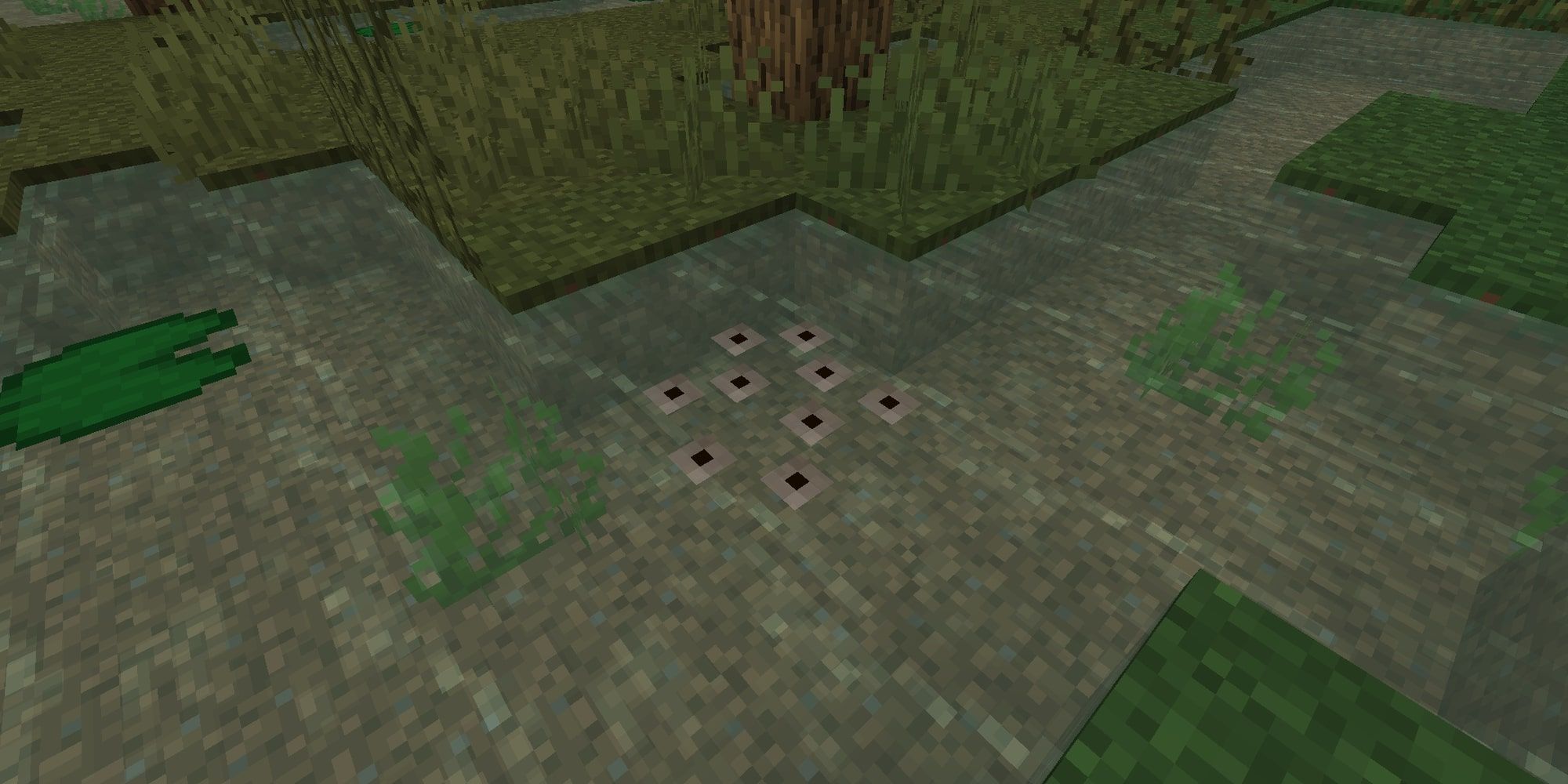 This process is important to get your hands on froglight, as the colour of the frog determines the colour of the froglight. To start breeding frogs, it works more or less like any other mob – feed two frogs a slimeball, and they'll enter love mode. However, unlike most mobs, where a baby variant of the creature in question would be produced, one of the frogs will become pregnant, a bit like turtles.

The pregnant frog will search for a suitable piece of water, and upon finding one, will lay frogspawn, which eventually hatches into tadpoles. The tadpoles will eventually grow up and turn into frogs, but it's this part of the process that holds the key to frog colours. 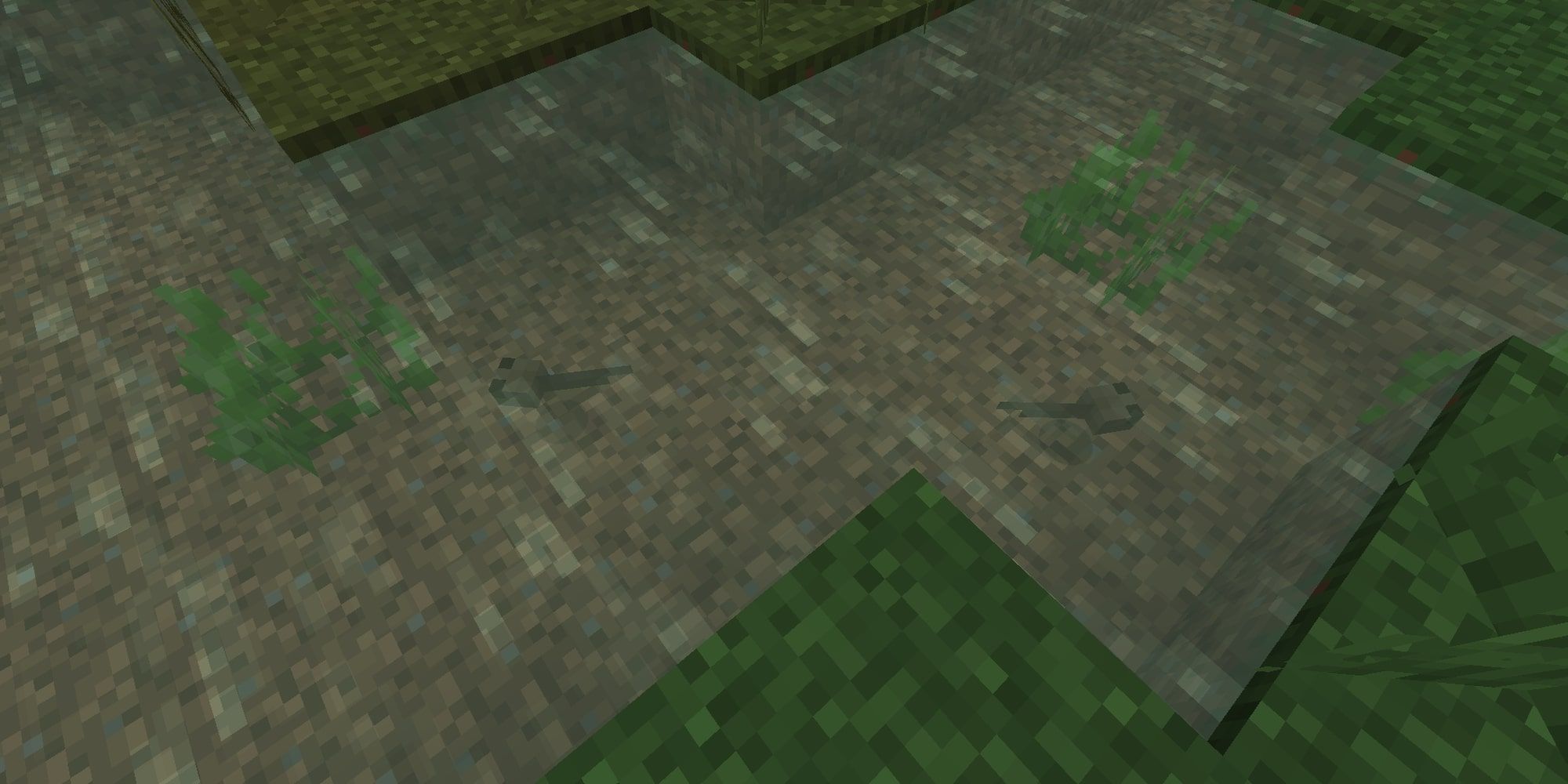 You can pick tadpoles up in buckets, like axolotls, allowing you to easily transport them. This is incredibly helpful, as the colour of the frog the tadpole grows into is determined by the temperature of the water the tadpole is in at the moment it turns into a frog. If it's in cold water, it'll become a green frog; temperate water will make it orange, and a tadpole that grows up in warm water will become white.

Water temperature is dependent on the biome, so here's a list of all the biomes' water temperatures so you know where to transport your tadpoles to get the desired colour of frog:

So, head to a Swamp or Mangrove Swamp, find some frogs, either breed them there or bring them back to your base and breed them, and take the tadpoles to the right biome for the colour of frog you want. Any water in a biome will be of that biome's water temperature, whether it was naturally generated or placed by a player, so don't worry if you can't find a pool to put your tadpoles in – you can just make one. 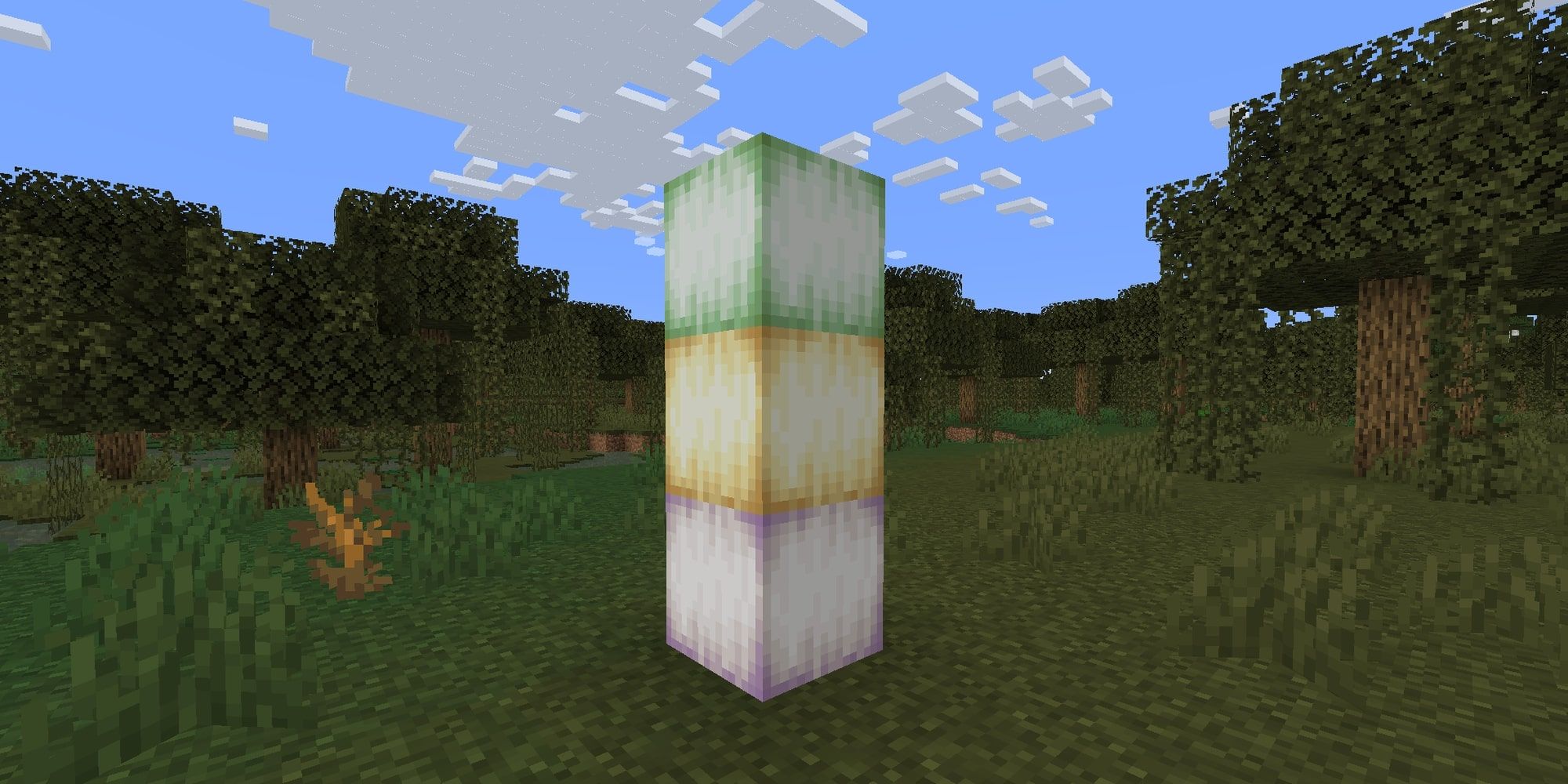 Now you have all the frogs you want, it's time to start thinking about froglights. Froglights were put into the game to compensate for the removal of fireflies, and are transparent, light-emitting blocks that work similarly to lanterns or glowstone. They come in three colours:

The colour of the frog is therefore vital to get the desired colour of froglight, which is why raising your tadpoles in the correct biome is key. 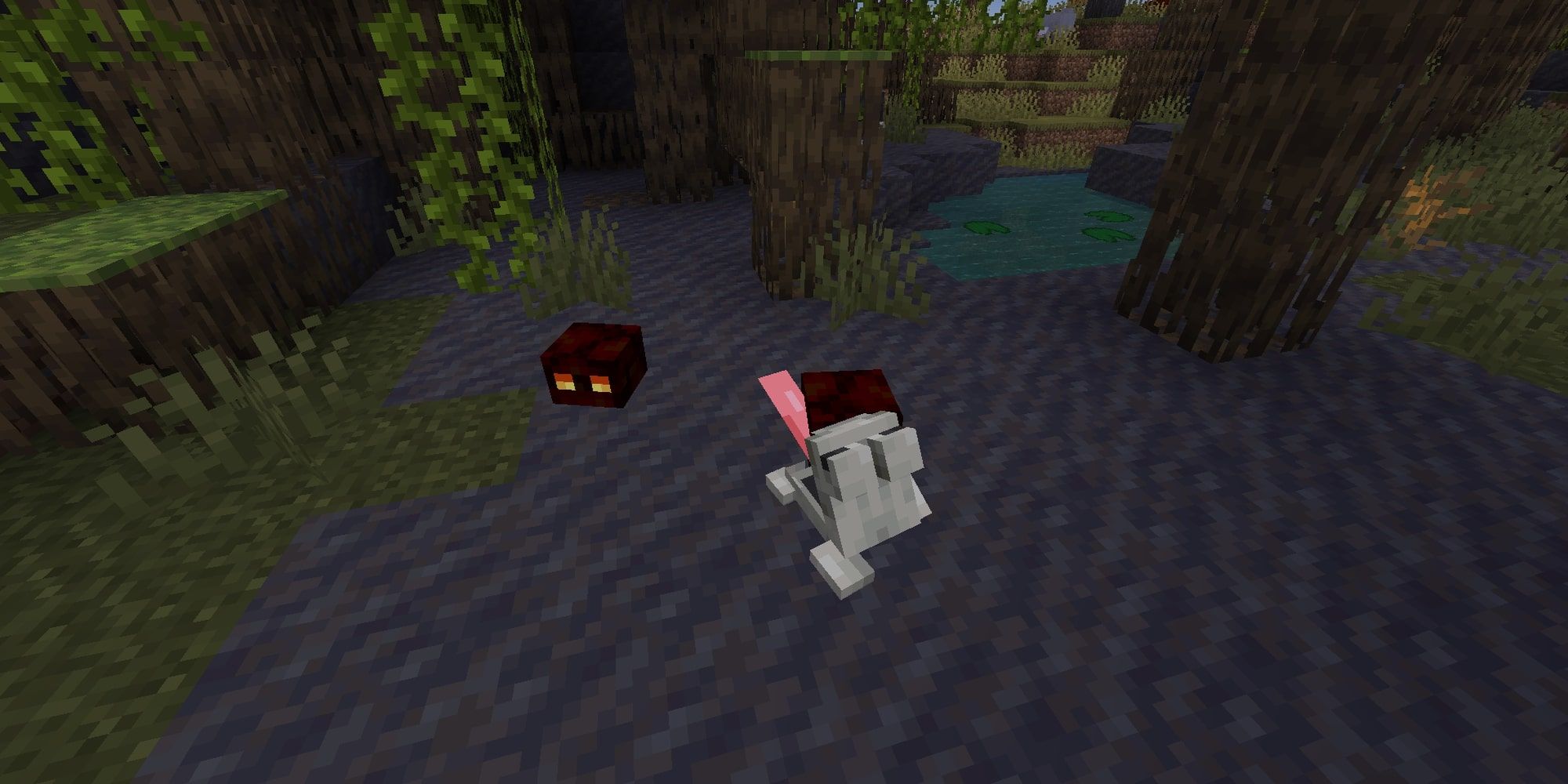 There are two mobs that frogs will attack, similarly to how wolves attack chickens. The first is small slimes. These spawn naturally in swamps depending on the phase of the moon, making them frogs' natural neighbours, so whenever frogs see a baby slime, they chase after it and eat it by shooting their tongue at it. There is no unique interaction or drop here – the slime simply drops a slimeball.

The second mob frogs will attack is magma cubes. While these two would never naturally cross paths, if a frog eats a magma cube, instead of the usual magma cream that would drop upon a magma cube's death, a froglight will drop, with its colour depending on the frog that ate the magma cube. 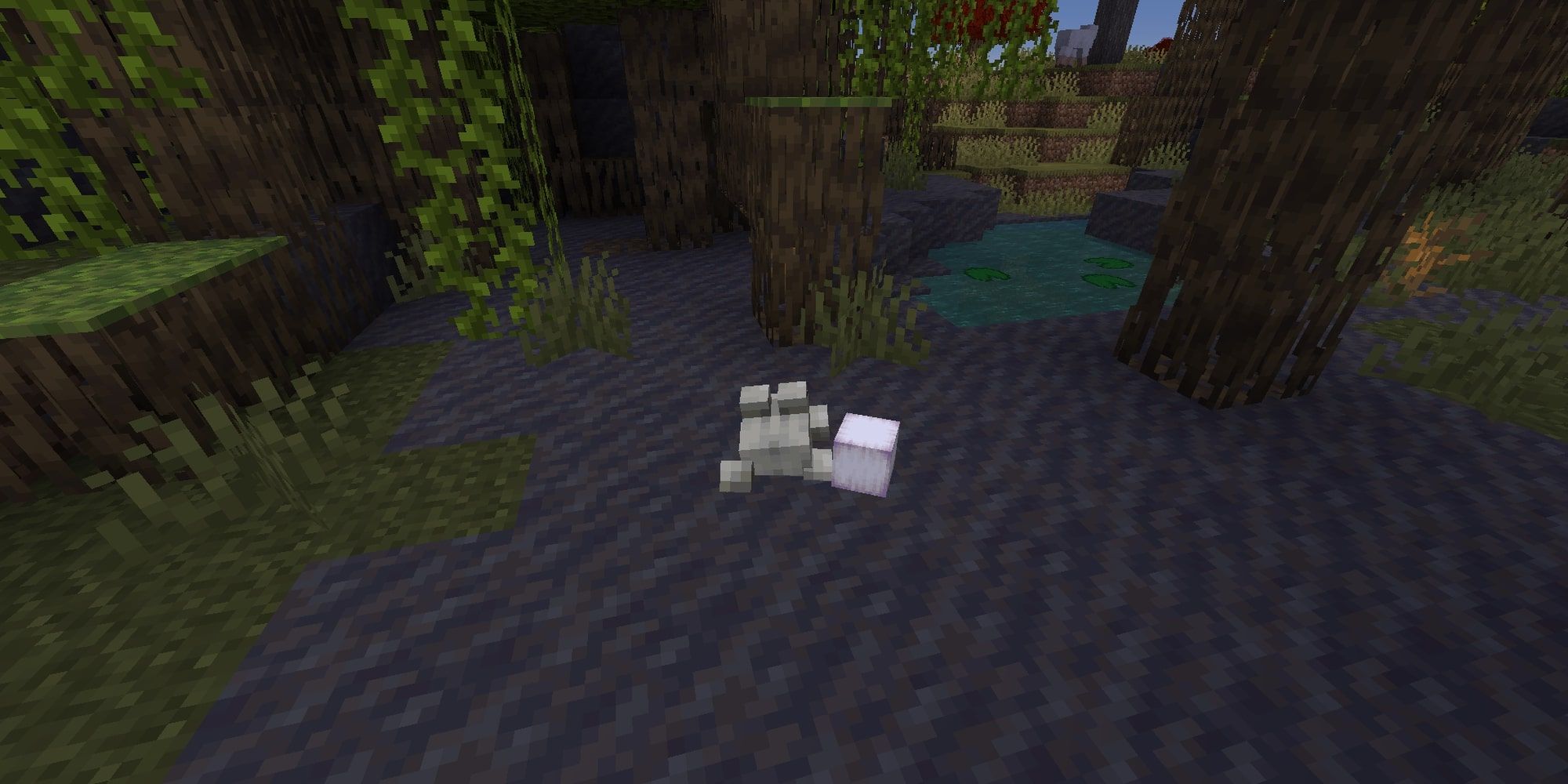 If you want to get your hands on froglights, then, you'll need to either bring magma cubes through a Nether portal to the Overworld so you can feed them to frogs, or bring a frog through to the Nether and take it magma cube hunting.

The best way to produce froglights on a large scale would likely be by taking advantage of a treasure Bastion's magma cube spawner. Clear out the area and make it safe, then bring in a frog (or several frogs) to eat the magma cubes as they spawn. Magma cubes don't attack frogs, so the little critters won't be in any danger, and if larger magma cubes spawn, you can attack them to break them down into babies for the frogs to eat.

What Can Froglights Be Used For? 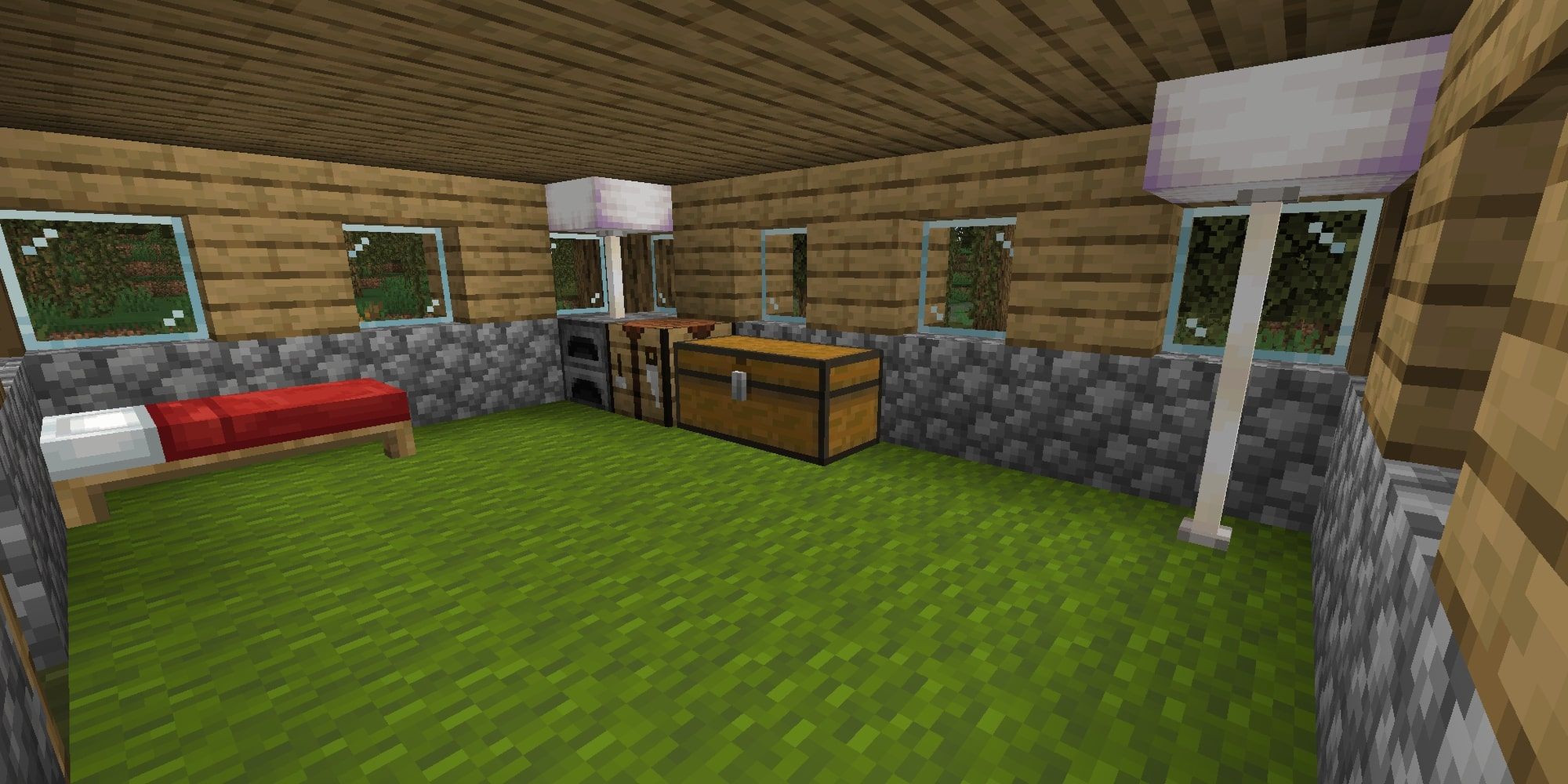 Froglights offer no real practical use, as their properties are identical to glowstone, but they make excellent decoration and lighting. Coloured lighting blocks were sorely lacking in Minecraft for a long time, so being able to choose a coloured light source that matches the vibe of your build is a very welcome addition.

Froglights' aesthetic would fit in particularly well with fantasy areas, lighting up magical wooded sections of fairycore builds, although the texture is simple enough that the block remains versatile and could fit in nicely with most settings. Whichever colour you choose to use, froglight should prove to be well worth the effort required to obtain it!