Baseball is in full swing, which also means that MLB The Show is back in action. The baseball simulator that’s garnered immense praise from sports fans for its uber realism and dynamic gameplay is back for another year chalked full of baseball enjoyment.

When building a championship-caliber roster, every position is important in its own way, but some might emphasize the infield, particularly shortstop. These players must be solid defenders with the ability to quickly distribute ground balls for potential double plays. The landscape of the best shortstops in the game has changed recently, so let’s examine who’s among the cream of the crop at shortstop. 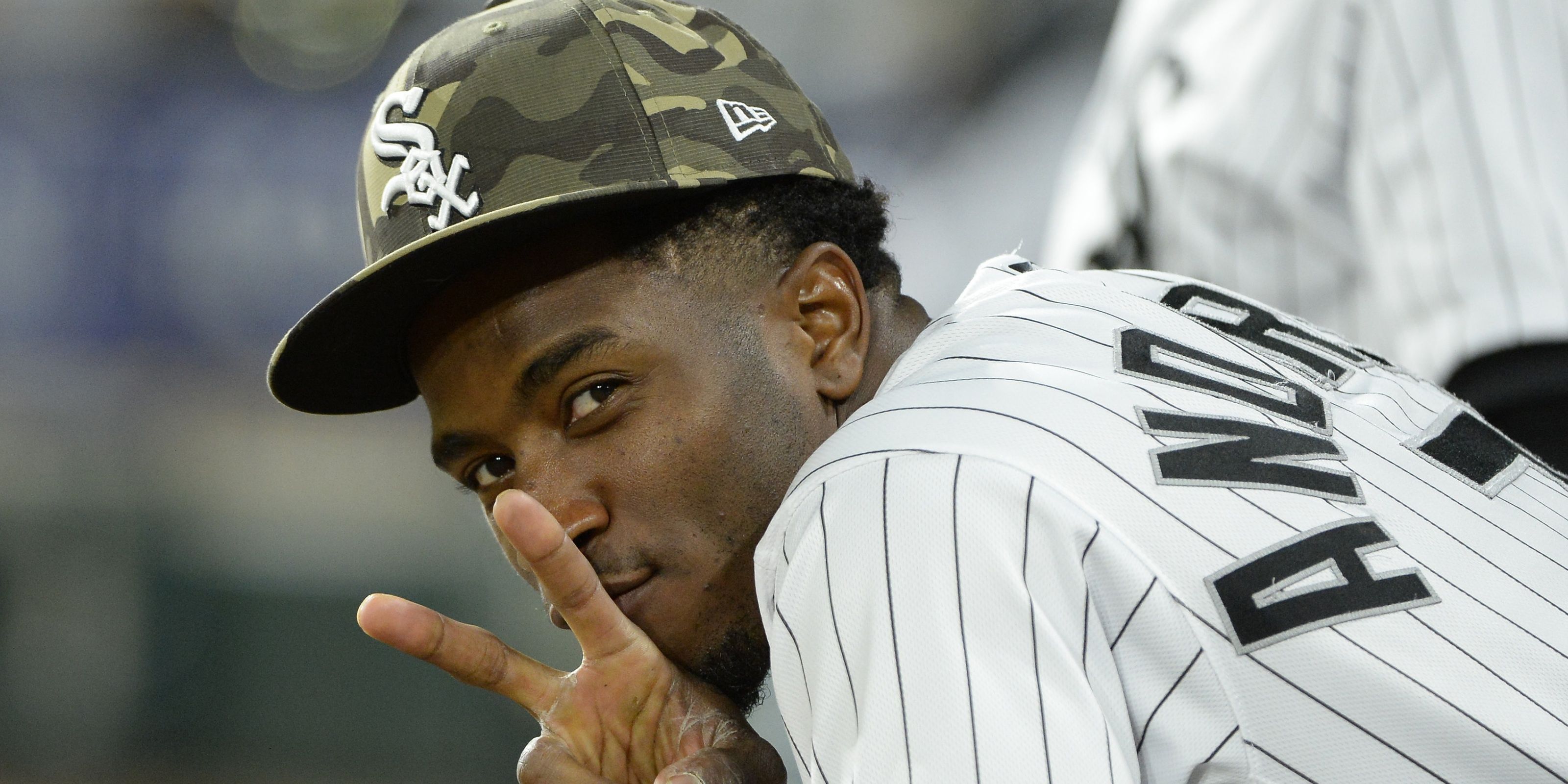 While Anderson certainly has the power to jack one into the stands, his mission is to simply put the ball in play. He favors left-handed pitching at the plate (95) but can also get the better of right-handers too (78). Anderson is a bit of an average defender, not showing off or falling behind with his fielding (73), arm strength (73), accuracy (67), and reaction time (75). 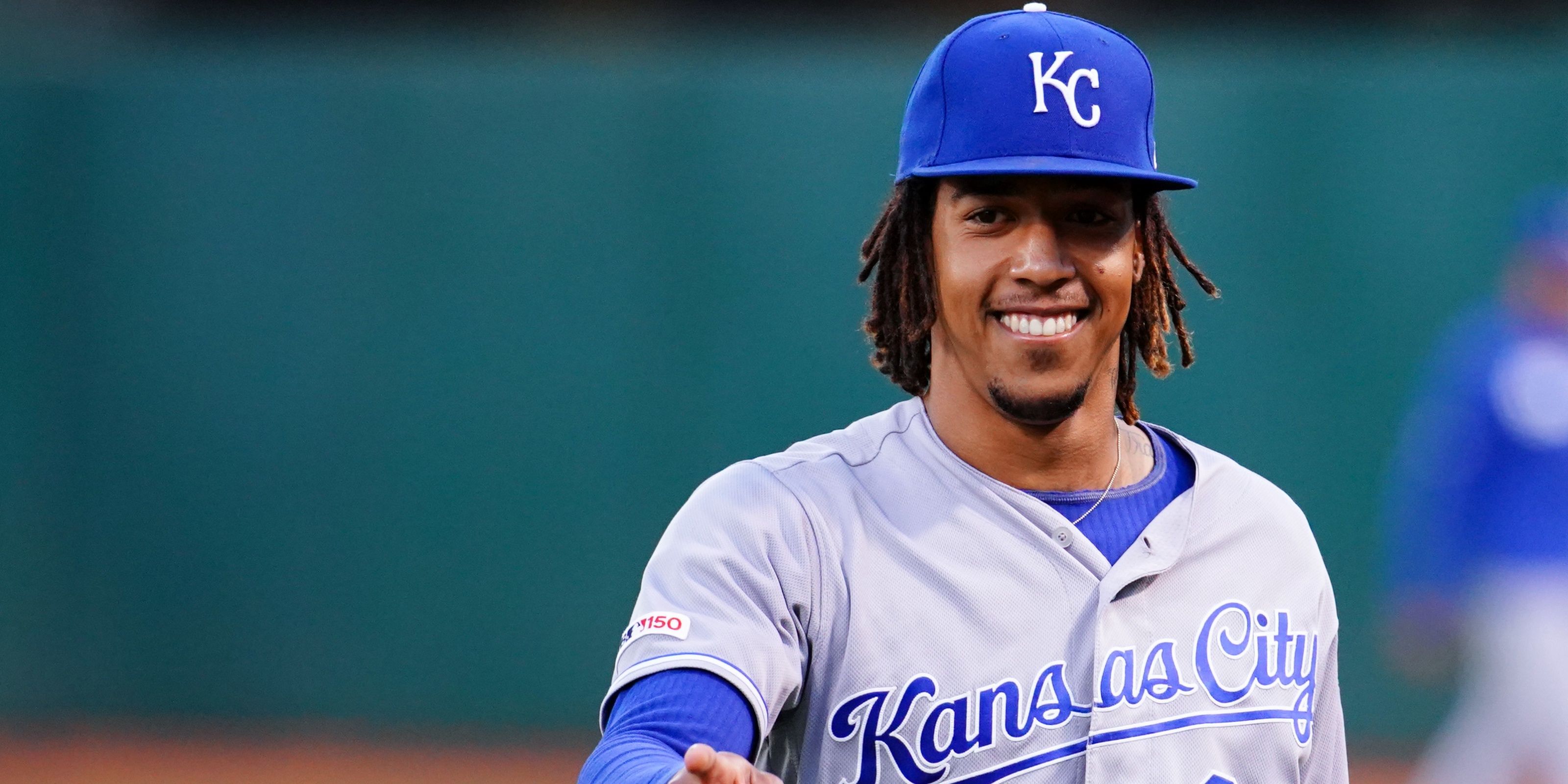 Quietly, Adalberto Mondesi has grown into one of the best shortstops in the game. The Kansas City Royals player hasn’t won any major awards, finishing among the top ten in voting, or reached the All-Star game, which is surprising for a player rated this highly. In 2019, Mondesi led the majors in triples (19), and in 2020, led the majors in stolen bases (24).

Mondesi isn’t the greatest hitter, hell, he’s not even a good one. With subpar ratings in contact (right-handed 58, left-handed 69) and power (right-handed 50, left-handed 67), don’t rely on him to get you a timely hit. Mondesi’s true value comes in his defense and baserunning. If Mondesi can get on base, he has quick feet (88), is extremely aggressive (95), and has a perfect stealing technique (99). In the field, Mondesi has a cannon for arm strength (88) to quickly fire a ground ball to first base. 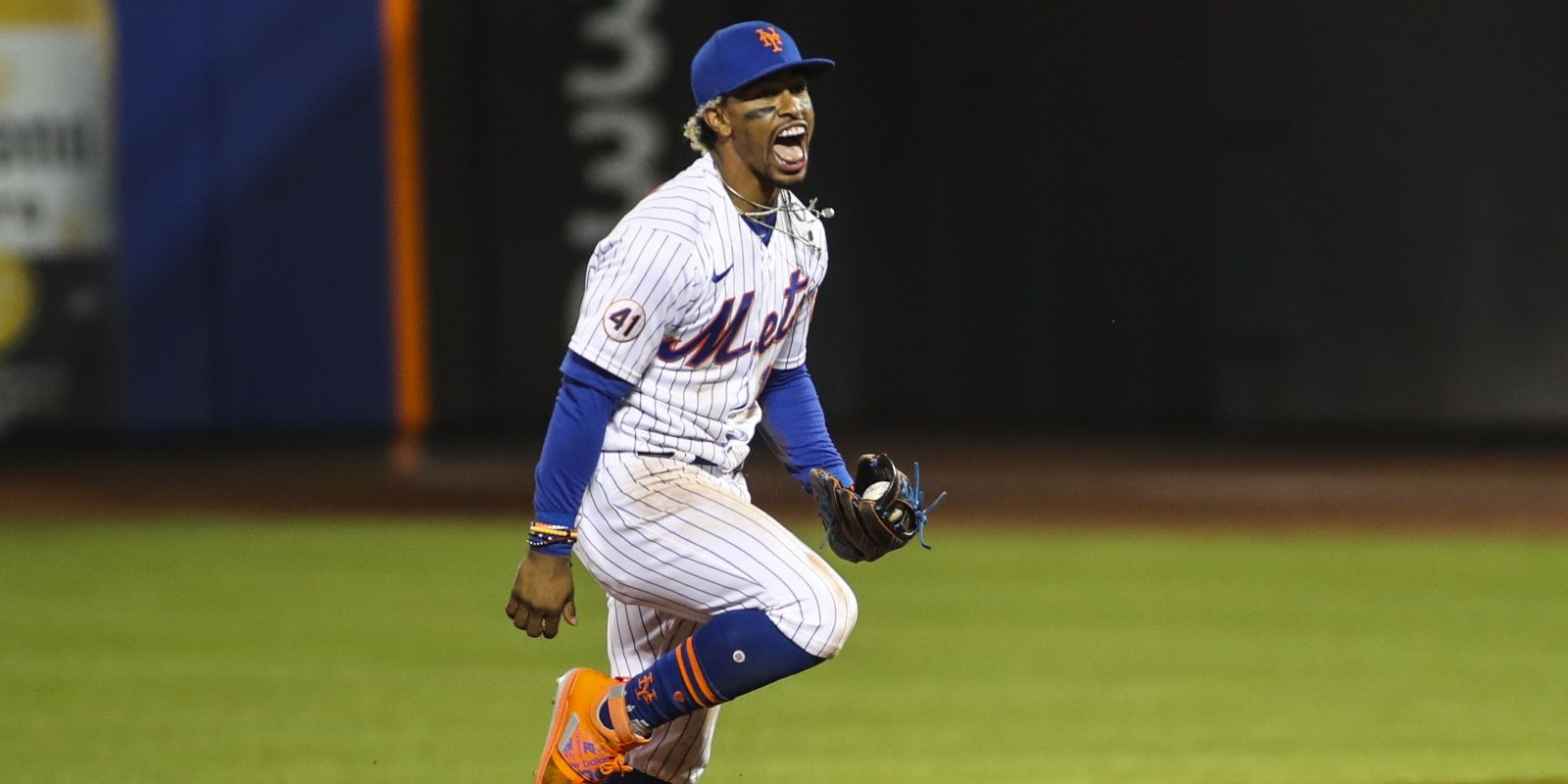 Throughout his first six seasons, Francisco Lindor was a cornerstone for Cleveland, leading the team to a World Series berth in just his second season in the majors in 2016, Cleveland’s first World Series appearance since 1997. Lindor enjoyed four years of being an All-Star and receiving MVP consideration from 2016 to 2019, then was ultimately traded to the New York Mets in a rebuilding effort by Cleveland.

Lindor has either never settled into hitting at Citi Field or his decline at the plate has rapidly begun. The 28-year-old has an array of low ratings in contact (right-handed 53, left-handed 62) and power (right-handed 72, left-handed 61). Lindor’s value stems from his lockdown defense; the shortstop has a perfect reaction time (99) and an extremely high overall fielding rating (95). For a proven winner and someone to rely on in a tight spot, there’s hardly a better player than Lindor. 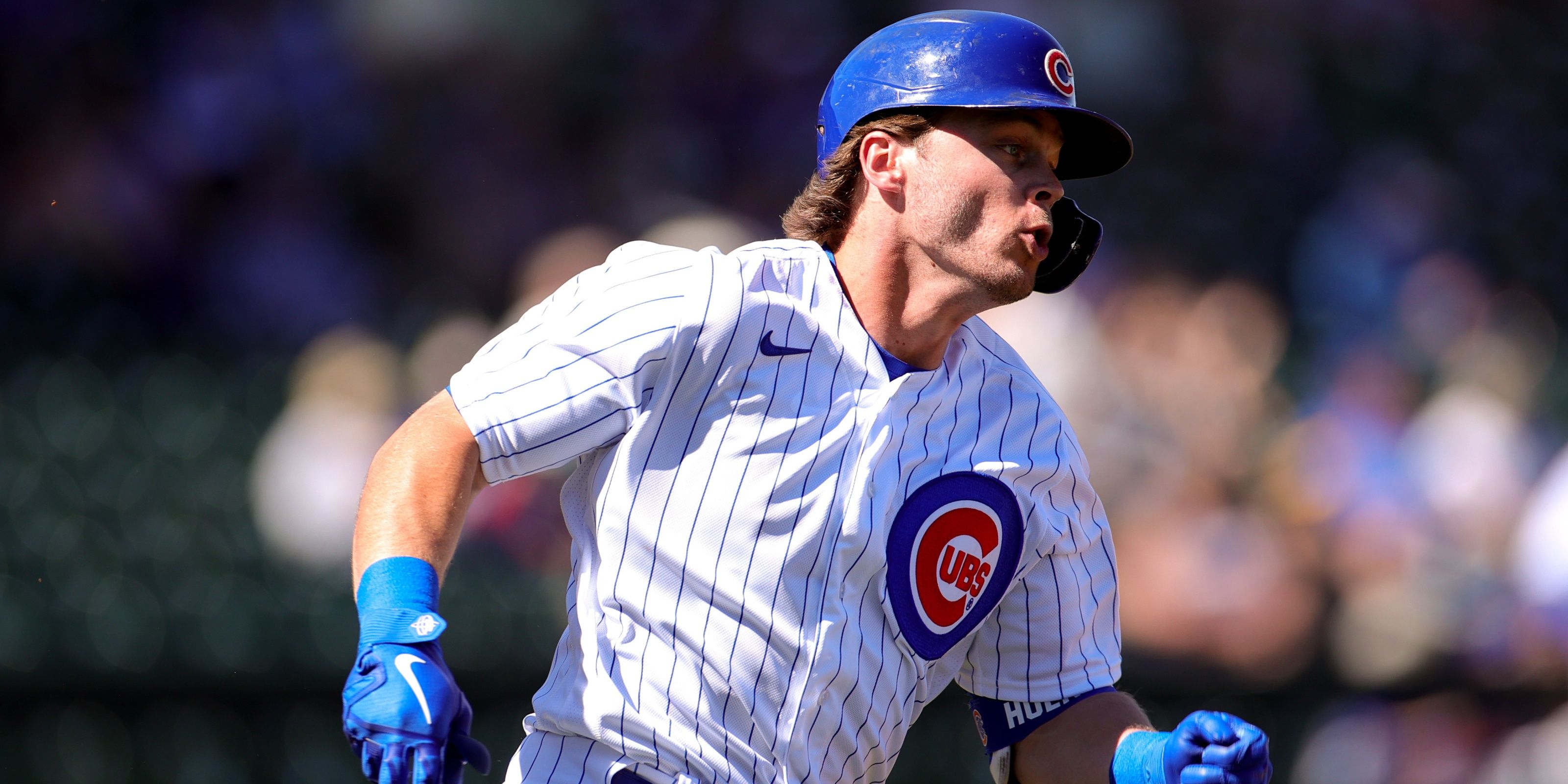 At only 24-years-old, Nico Hoerner is one of the best young players in the majors. Hoerner’s production dipped a bit in 2020 after his rookie season but rebounded nicely with a .302 batting average and career-highs in hits (45), games (44), and total bases (55). Hoerner is expected to be a full-time starter for the Chicago Cubs, as the team moved on from incumbent starter Javier Baez in the last offseason.

Despite his solid batting average last season, Hoerner doesn’t sport the greatest offensive ratings. He can make decent contact against righties (68) but he has virtually no power (30). Hoerner has underrated speed (82) that will absolutely get overlooked by the competition. His true value lies in his defense; Hoerner has a near-perfect fielding rating (97), perfect reaction time rating (99), and above-average ratings in arm strength (80) and accuracy (88). 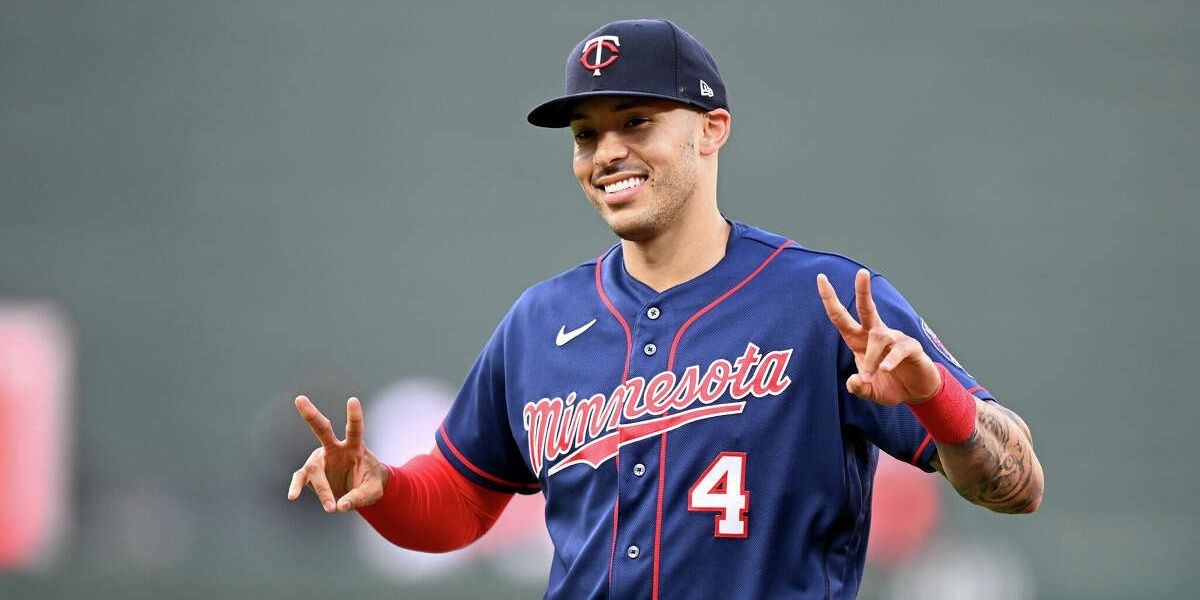 After spending the first seven years of his career with the Houston Astros, Carlos Correa signed a lucrative three-year, $105 million contract with the Minnesota Twins. Correa enjoyed tremendous success with the Astros, winning Rookie of the Year, a World Series championship, and finishing fifth for the MVP award.

At 27-years-old, Correa is still well into his prime. While he certainly has the capability to knock one out of the park, his main offensive value lies in his contact hitting against left-handed pitching (80). Correa is one of the best defensive shortstops in the game with high marks in fielding (86), arm strength (95), accuracy (91), and reaction time (91). 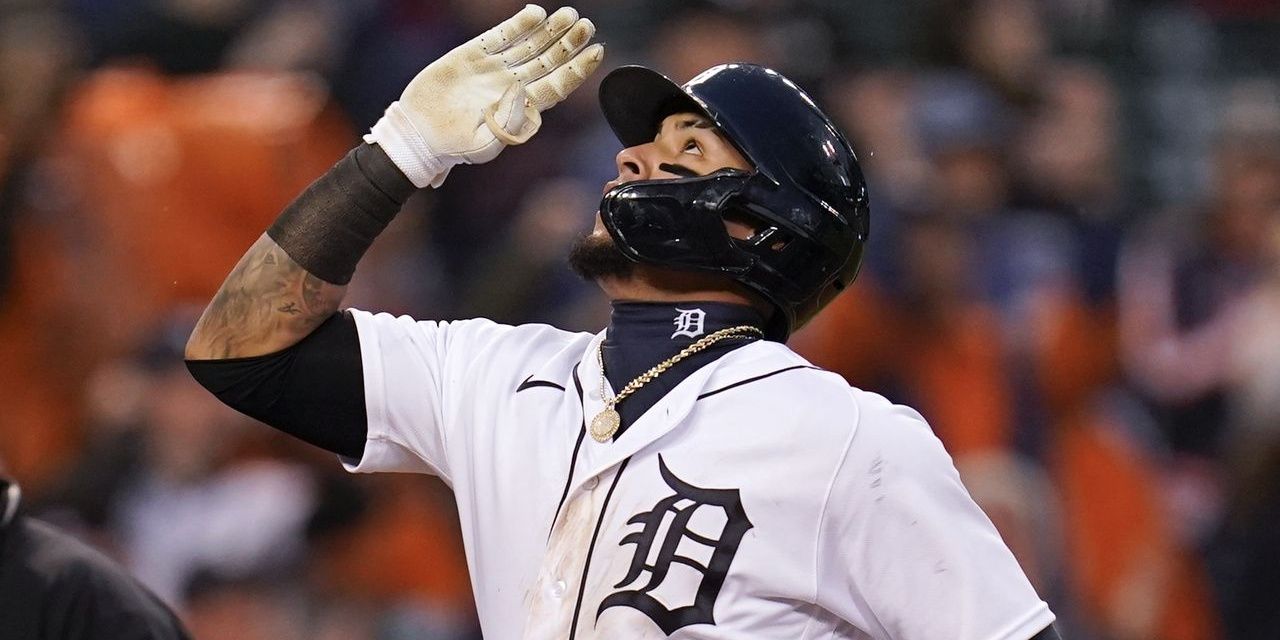 Javier Baez played the majority of his career with the Chicago Cubs, helping the storied franchise finally win a World Series in 2016 for the first time since 1908. Baez had a near MVP season in 2018, finishing second for the award thanks to a league-leading 111 RBI and career-high 34 home runs. In their attempt to rebuild the roster, the Cubs traded Baez to the New York Mets in 2021, then the shortstop signed a new contract in free agency with the Detroit Tigers.

Baez has a strong arm (93) but struggles a bit with his accuracy (40). He has a solid reaction time (86) and is an overall good fielder (84). Baez excels against left-handed pitching at the plate with slightly above-average contact (79) and solid power (87). The 29-year-old also tends to hit the first pitch of at-bats and excels at making contact with breaking balls. 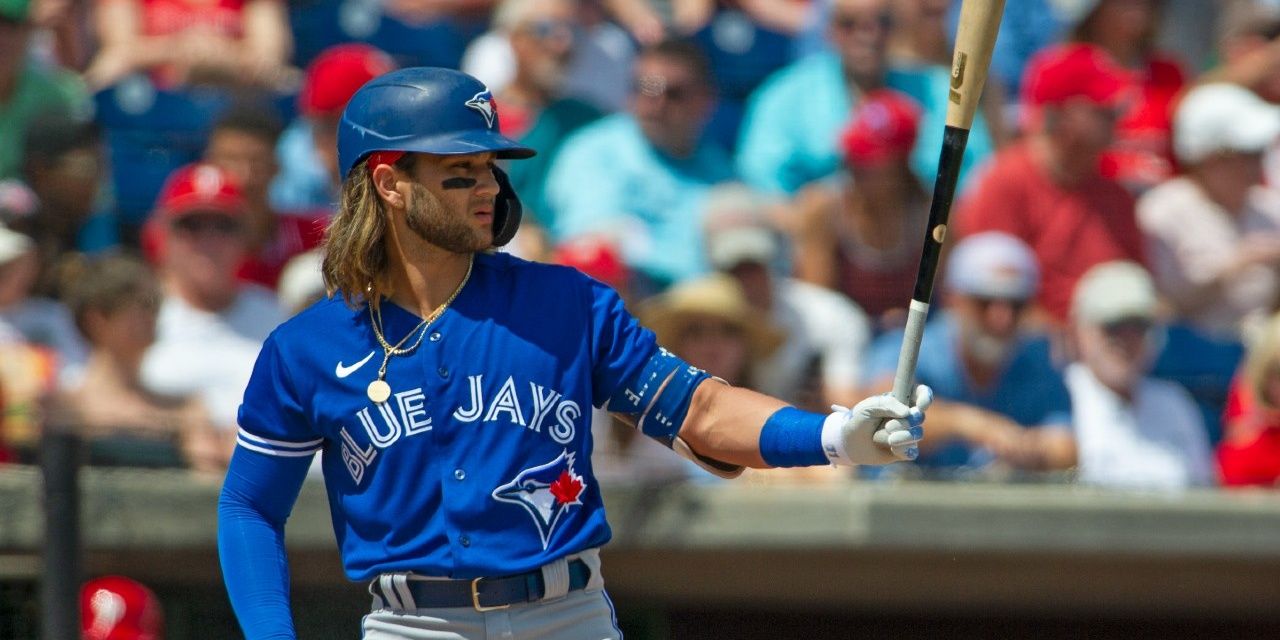 One of the up and coming stars in the league, Bo Bichette has quickly emerged as one of the premier shortstops in the American League. Bichette had a career season last year, being named to his first All-Star game behind a league-leading 191 hits. With just three years into his career, Bichette has plenty of time to grow and make a claim for the best shortstop in the game.

Unlike other shortstops, Bichette is an offensive threat at the plate. He has a perfect contact rating against left-handed pitching (99), along with near-perfect ratings in the clutch (98) and durability (97). His defense in the field (66) and reaction time (67) could use some improvement, but the 24-year-old does have a strong arm (85). 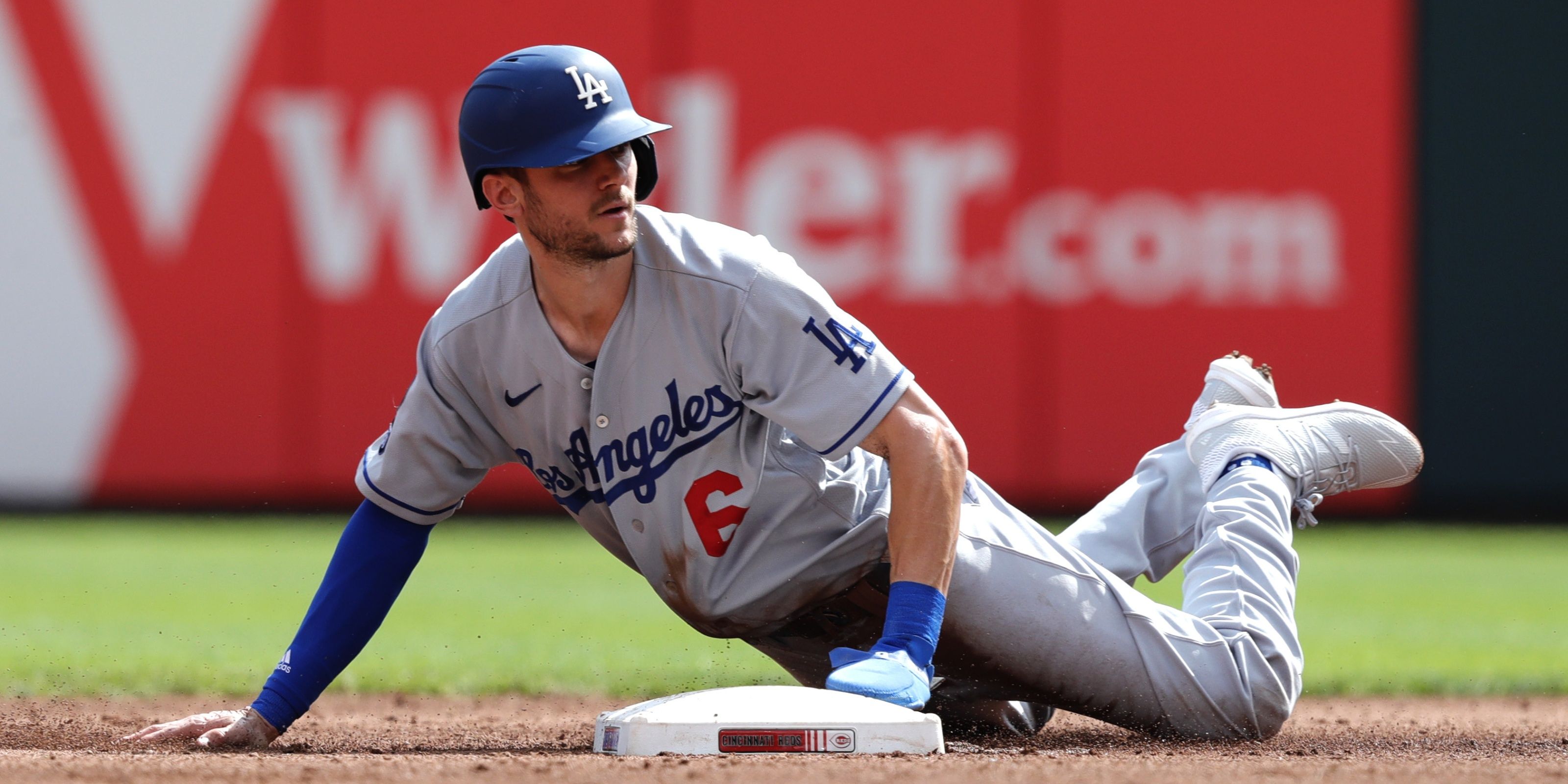 Since 2015, Trea Turner has been part of the next wave of young players that would one day dominate the major leagues. Turner finished second for Rookie of the Year and had two top-seven MVP finishes. The 28-year-old was a catalyst in the Washington Nationals winning the World Series in 2019.

Turner’s one of the best baserunners in the majors with electrifying speed (99) and strong aggression (99). And Turner uses his high steal rating (92) quite a lot with his high contact ratings against both right-handed (81) and left-handed (99) pitching. His defense is a bit pedestrian (76) with a noodle for an arm (70 strength and accuracy), but given the other intangibles, Turner’s one of the best shortstops in the game. 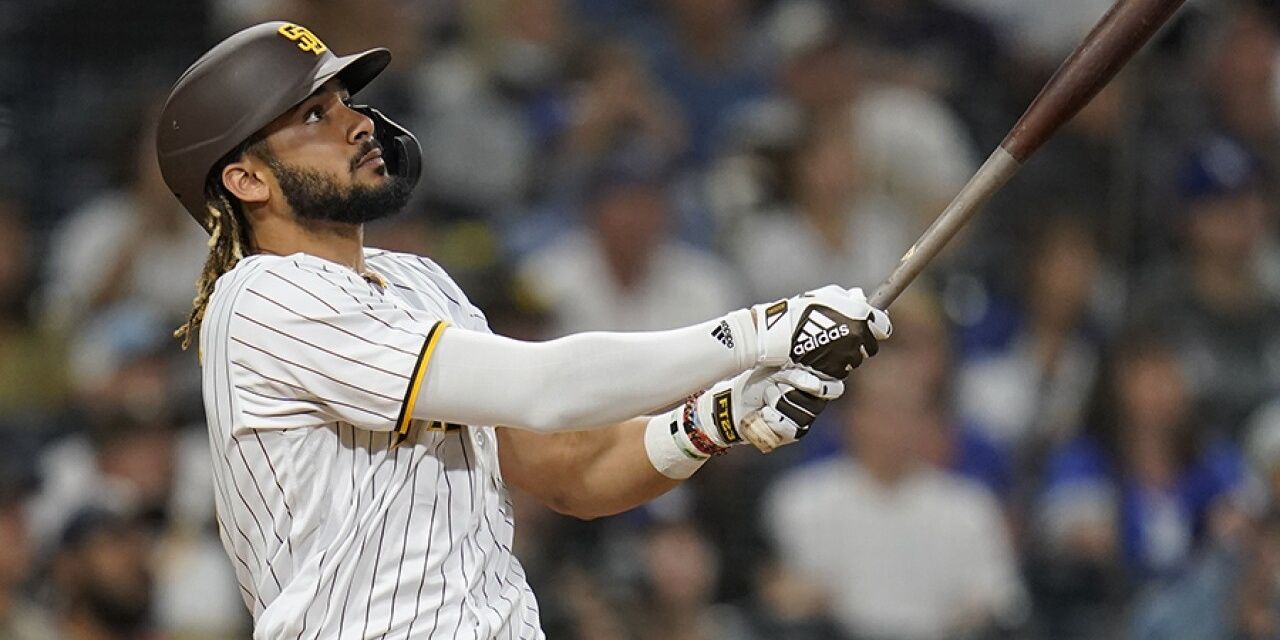 Arguably, the best shortstop in the major leagues resides in sunny San Diego. Only in the third season of his career, Fernando Tatis Jr. has already elevated his game to be among the very best, regardless of position. He’s had back-to-back top-five MVP finishes and Tatis Jr. was the cover athlete of MLB The Show 21, pointing toward his high popularity in the league.

At only 23-years-old, Tatis Jr. is already one of the most feared hitters. With extremely high power ratings against both right-handed (99) and left-handed (97) pitching, San Diego’s shortstop is always a threat to take the opposing pitcher deep. On the basepaths, Tatis Jr. is a superb baserunner with blazing speed (90). His defense (60) is an area of improvement for him, along with his accuracy (40) but his arm strength (99) is nearly unmatched across the major leagues. Although Tatis Jr.’s defense is subpar, there’s no question he’s deserving of being the best shortstop in MLB The Show 22.