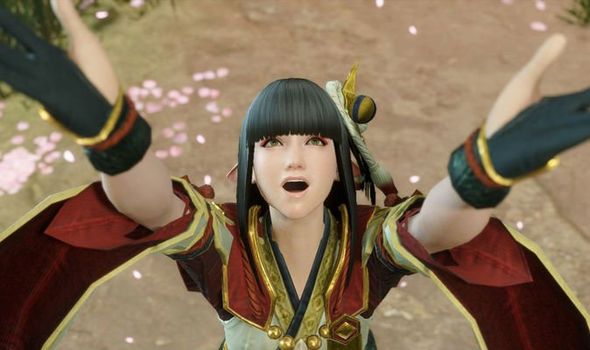 Monster Hunter Rise is a brand new game built for the Switch – and exclusive to the system.

Seeing how Switch fans missed out on Monster Hunter World – and how Nintendo devices were previously the place to play the Capcom series – Rise is a pretty big deal.

And the excitement for Monster Hunter Rise on the Switch has been shown in the latest sales figures released by Capcom.

In its first week on sale Monster Hunter Rise has shipped over five million units worldwide – a mammoth number.

And to mark this sales milestone Capcom has revealed Monster Hunter Rise players can grab some free items.

The Kamara Pack 1 Commerative Item Pack features plenty of free items to help players on their next quest in Rise.

That’s plenty of free items that will help Rise players when they head out to battle their next monster.

Announcing the release of the free items the official Monster Hunter Twitter posted: “First week numbers are in: #MHRise has shipped over 5 million units worldwide!

“As a token of our gratitude, we’re giving out a Commemorative Item Pack.

“Check in with Senri the Mailman to claim your Kamura Pack 1.” 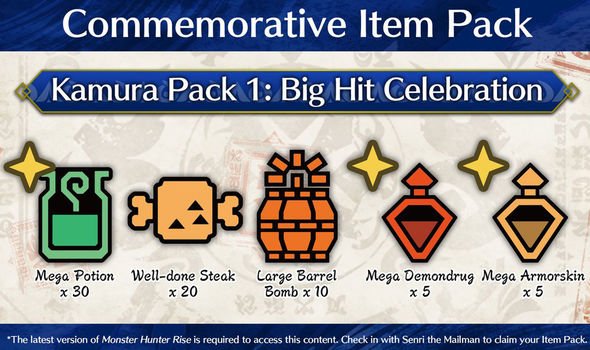 Elsewhere, sales figures for Japan have underlined how successful the Monster Hunter Rise launch was.

As revealed by Famitsu (via Silconera), Monster Hunter Rise enjoyed the third biggest Switch launch ever.

The only two Switch games that had a better launch in the Land of the Rising Sun were heavy hitters Animal Crossing New Horizons and Pokemon Sword and Shield.

In its first week on sale in Japan Monster Hunter Rise sold 1.3million copies – and in doing so became the best selling game in Japan for the entirety of March 2021.