After reaching Master Rank in Monster Hunter Rise: Sunbreak, you'll be able to take on certain MR Event quests to get exclusive cosmetic rewards. These quests typically have special conditions that set them apart from regular quests.

In the Forbidden Waltz Event Quest, you'll have to fight a Rathalos and a Rathian in the arena, meaning you'll be facing both of these monsters at the same time. Let's take a look at each of their strengths and weaknesses, the best equipment to use, and the rewards for clearing this quest. 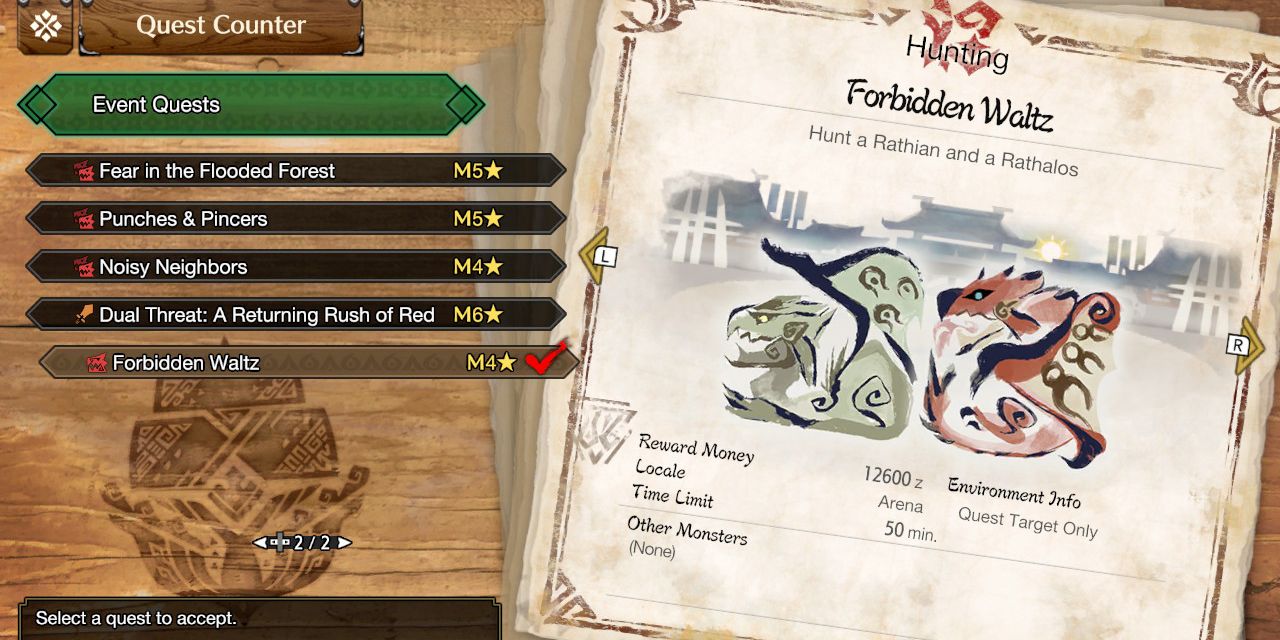 As mentioned above, you'll have to hunt a Rathalos and a Rathian to complete this quest. The quest will take place in the arena, meaning both of these monsters will appear at the same time, making it difficult to deal with them separately. Luckily, Rathalos and Rathian have very similar strengths and weaknesses, meaning planning your equipment for this quest will be relatively straightforward.

Rathalos and Rathian's Strengths and Weaknesses

Best Equipment To Use

Rathalos and Rathian are both weakest to weapons with the Dragon element, making this the best type of weapon to use, by far. Additionally, because both monsters use Fire element attacks, bringing armor that is resistant to this element can't hurt.

Rathalos and Rathian will also use Poison-based attacks; Rathalos with its claws and Rathian with its tail. Be sure to bring items that can cleanse this status effect, with Herbal Medicine being the best choice.

You will face both monsters at the same time during this quest. This can make focusing on one difficult, but taking down one monster first will make defeating the other much easier. Rathalos often flies into the air, making it difficult to hit sometimes. Conversely, Rathian remains on the ground for the majority of the fight, which can make it easier to target and take it out first.

If you are able to execute Wyvern Riding, you will be able to deal massive mount damage to one of the monsters, making it easier to mount the damaged one later.

Some of the monsters' attacks can hit each other, causing them to flinch. Use this to your advantage to get some attacks in while the monster is staggered.

If you are planning to capture one or both of the monsters, be careful where you place your trap. If only one monster is capture-ready, the other monster may fall into your trap and waste it. Wait until either both monsters are ready to be captured, or lure the capture-ready monster away from the other before placing your trap. 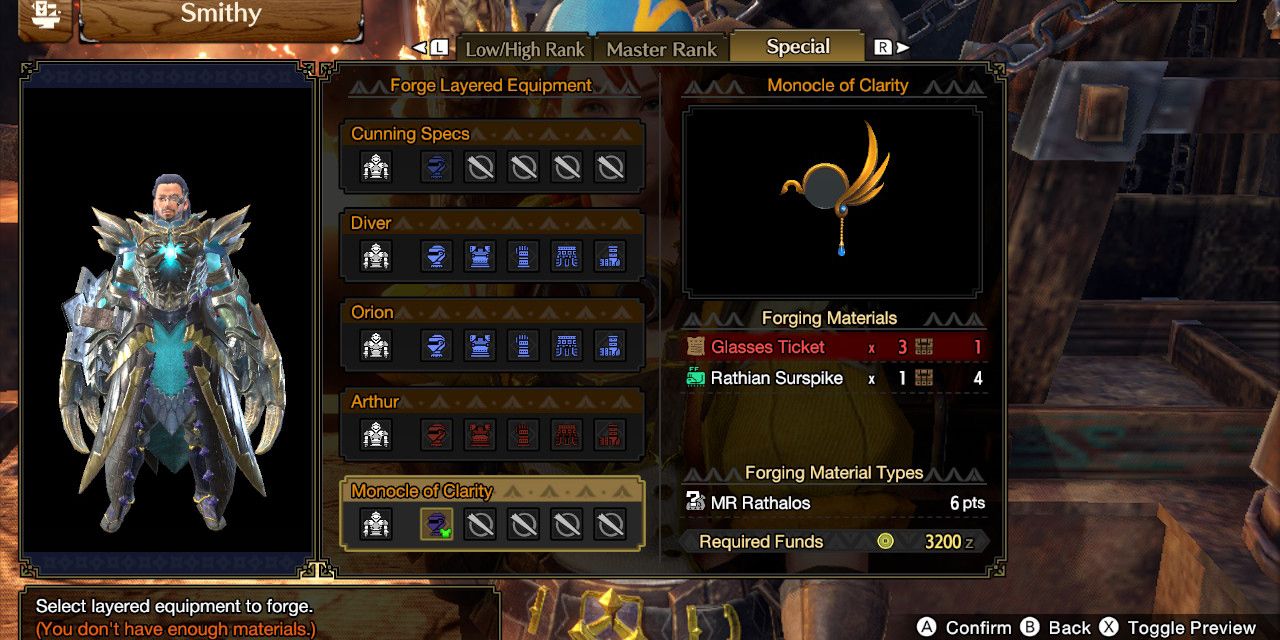 For completing this quest, you will obtain normal rewards for hunting Rathalos and Rathian, and one special Glasses Ticket. This will unlock the Monocle of Clarity Layered Armor for crafting at the smithy. To craft this Layered Armor, you will need the following materials.

The Monocle of Clarity is available as Layered Armor only, meaning it doesn't have any stats of its own. Instead, it can be used to change the appearance of any helmet.