Elgado offers dozens of side quests to undertake as you explore this new area in Monster Hunter Rise: Sunbreak. As a continuation of the Grueling Training Ground side quest, the Top-Notch Training Tools request will ask you to deliver Rajang Wildpelts.

Delivering these items will allow you to swap level 15 support moves for your Palico, enabling you to customize your hunting buddies even further. Let's take a look at how to complete this request, as well as what the rewards are for doing so. 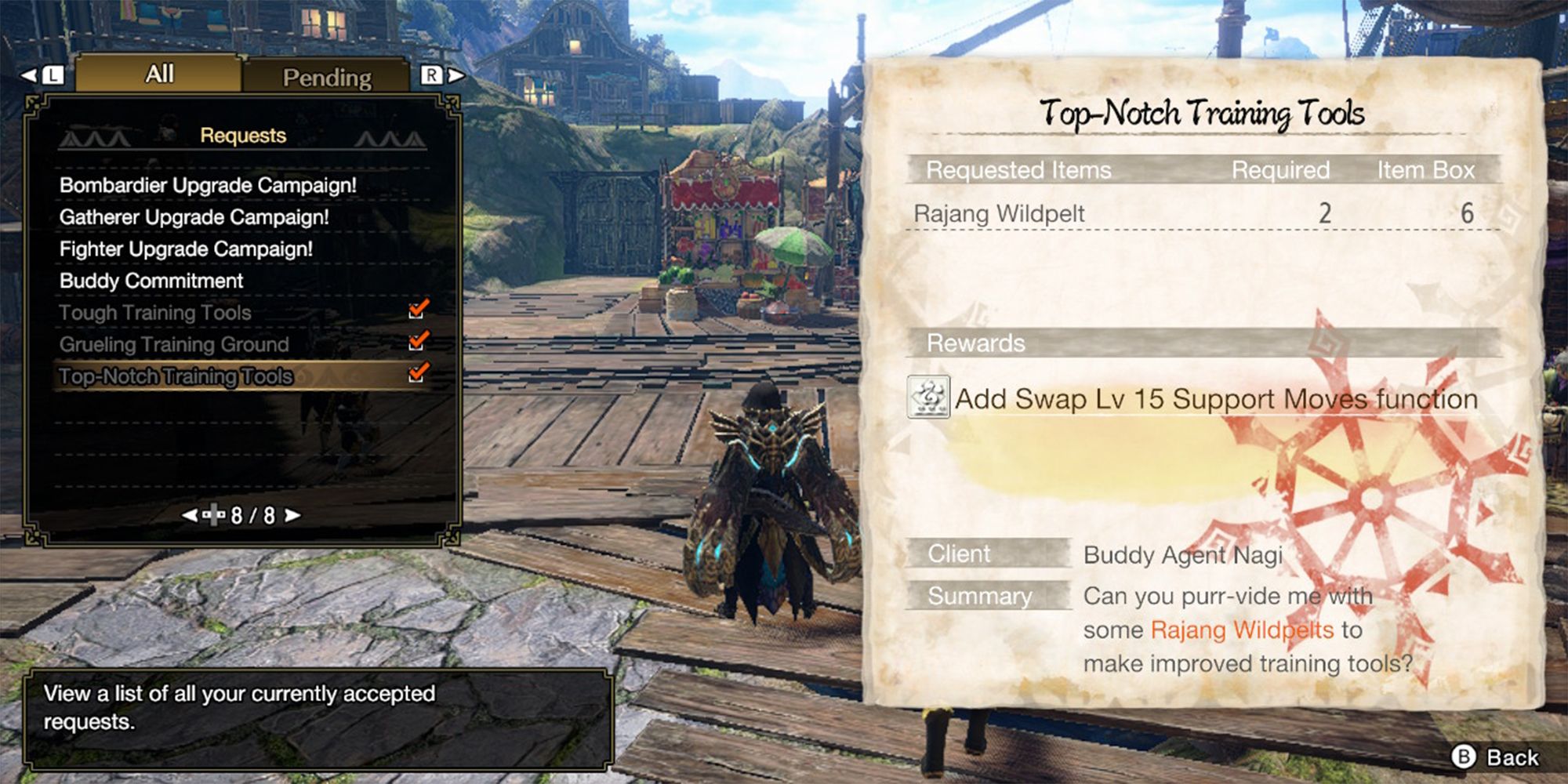 To complete this request, you'll need to deliver two Rajang Wildpelts to Buddy Agent Nagi. As expected, these materials are obtained from Master Rank Rajang. Rajang appears in the following quests after completing the Urgent Quest Witness by Moonlight.

Overall, breaking Rajang's arms and slaying the monster will give you the highest number of chances to obtain Rajang Wildpelts. This material is quite common, but be sure to bring an Ice weapon to the fight, as Rajang is weak to this element. 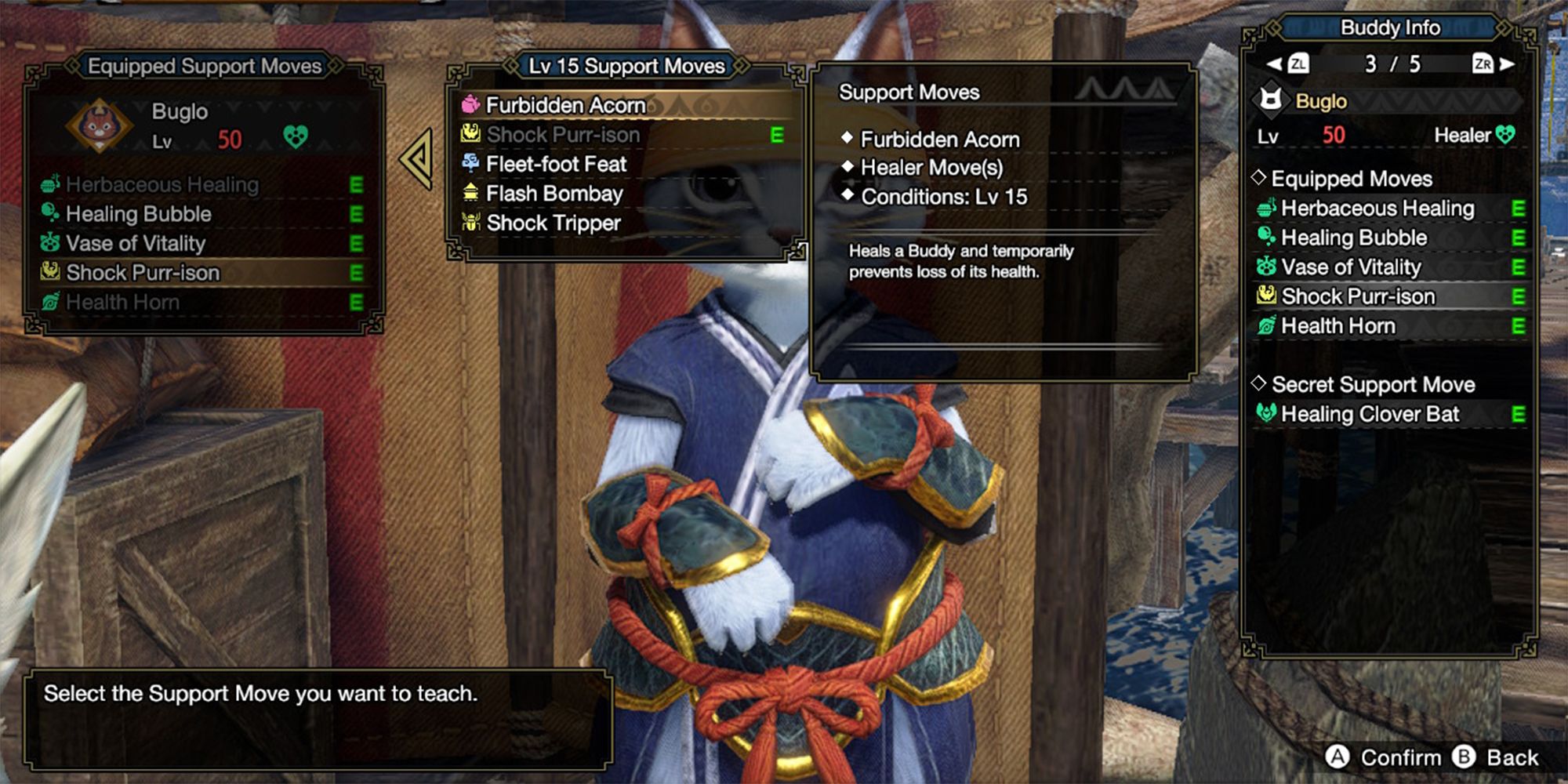 After obtaining the Rajang Wildpelts and delivering them to Nagi, you will unlock the ability to swap level 15 support moves for your Palico. This means that you can change the fourth move of your Palico's support moves to one of a different class, allowing you to customize how your Palico supports you during a quest.