Weird: The Al Yankovic Story (as many have noted) is perfectly fitting for its subject. Eric Appel's biopic of Weird Al, the most iconic parody artist in history, does the same thing that his music has always done. It takes the familiar structure and glossy aesthetic of the Hollywood biopic, but swaps out all the words in favor of something extremely goofy.

Weird is built like a regular biopic, and hits all the important beats. We see Al's traumatic childhood, as his father rejects his desire to follow his dreams, insisting that he follow him into his line of work. There’s the rapid rise to success, in which a lucky cassette gets into the right DJ’s hands. There's the record deal and world-conquering sales, complete with an interview with Quinta Brunson's Oprah. After that rise, the fame-induced alienation from friends and mentors, which leads to the fall. And, eventually redemption.

But in the case of Weird: The Al Yankovic Story, all the beats are made up. That’s clear from early on — Al goes to a party that's presented as out of control, but all the teens are doing is listening to polka records, until the cops shut it down. But Weird gets bigger and, well, weirder as the film goes on. There are small jokes (like the script’s insistence that Michael Jackson’s Beat It parodied Al’s Eat It, not the other way around) and huge comic set pieces, like when Madonna gets kidnapped by Pablo Escobar (who is, apparently, a huge Weird Al fan), prompting Al to go on a rampage through Colombia, machine gun in hand, to get her back. The elements of reality that are present here are completely distorted and Weird takes the spirit of Al’s work and applies it to the movie itself. Like a good parody song, it has big laughs and small funny flourishes. 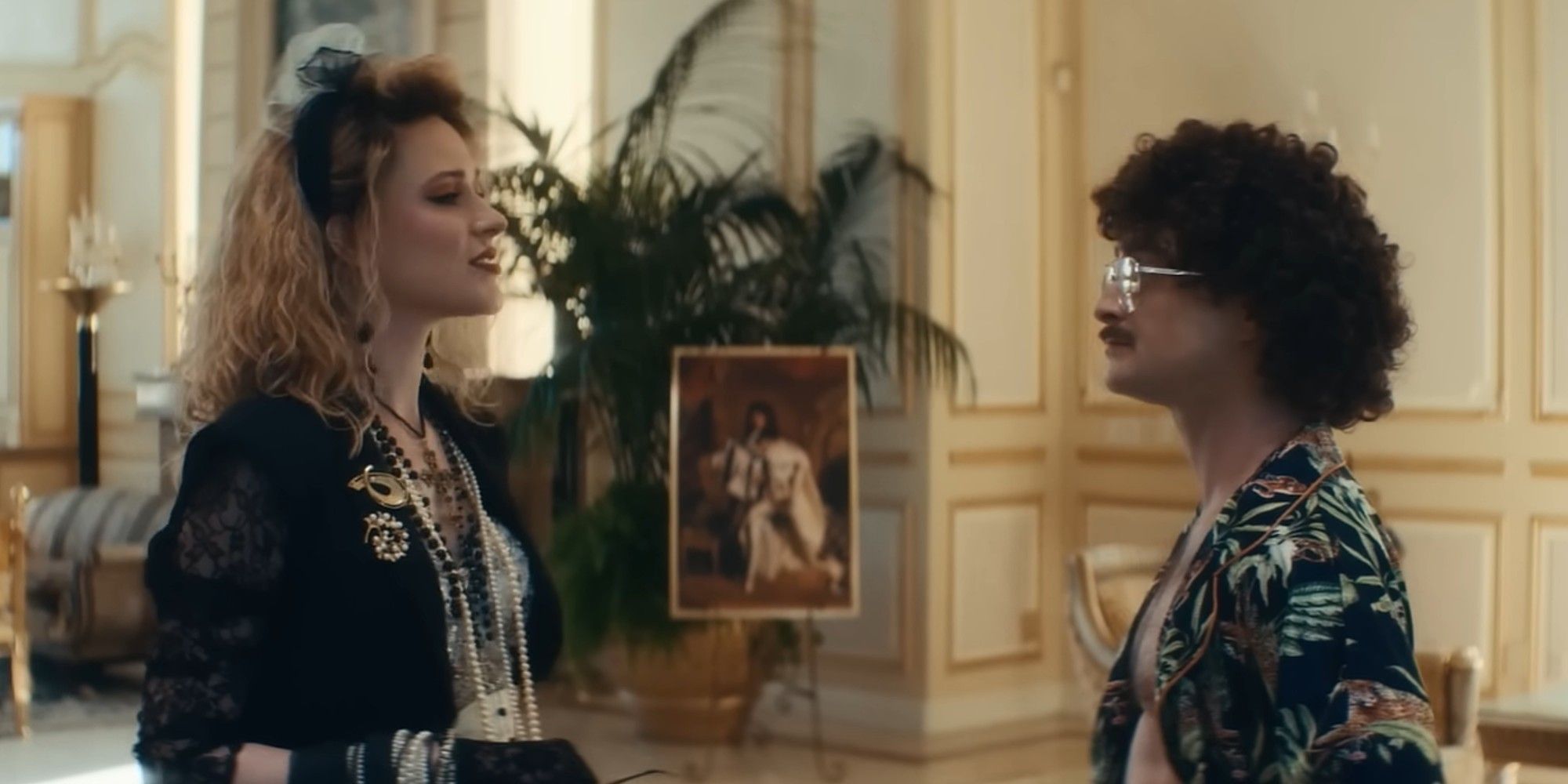 I wish more biopics took the same approach. That is, not that they were parodies of the biopic form. Rather, they used cinema to tell a story that felt true to the artist’s work, instead of forcing the artist into the same formulaic mold. It’s a problem for the genre that musicians as different as Freddie Mercury, Ray Charles, N.W.A., and Tupac all have had their stories pushed into the same mold. Baz Luhrman’s Elvis biopic, similarly to Weird, played with the content, but not the form. Though it displayed some wonderfully inventive filmmaking — like a spinning record match-cutting to a Ferris wheel — it still fit neatly into the established biopic structure. Even still, that’s a step in the right direction.

Steven Spielberg’s 2012 film Lincoln showed another way. Rather than attempting to condense all of Abraham Lincoln’s life into a feature film, Tony Kushner’s screenplay focuses on a few months in the life of the sixteenth president as he attempts to pass the Thirteenth Amendment. As a result, Lincoln is able to go deeper, telling one small portion of Lincoln’s story, but with greater detail than a biopic depicting his life from childhood to assassination would ever be able to. Weird and Lincoln, though extremely different in tone and structure, make the case that biopics should change to fit the story of the person they’re telling.

Beyond structure though, we need biopics that use filmic technique to capture the essence of their subjects. Luhrman understands this and his Elvis feels like a whirlwind of sexuality and rock ‘n’ roll as a result. Hopefully, between Weird and Elvis, this is the year that the biopic takes a cue from the structure it imposes on every story, and grows and changes into something bigger and better.