RPGs are well known for having varied casts of characters. Typically, these games will have a mysterious person or two join the cause. However, not all mysterious party members are created equally. While many start off being inexplicable, most of them will be developed throughout the course of the game. But that isn't always the case.

Some characters are still largely a mystery even after you complete their respective game. Some of these protagonists are unknowable to this day. Of course, the less you know, the more you want to know, which has made a number of the most enigmatic characters fan favorites. Because, at the end of the day, people love a good mystery.

Hanzou hides in bushes, likes being a ninja, and beyond that, we really know absolutely nothing about this enigmatic shadow warrior. What are his motivations for getting stronger? Unknown. Does he have any friends or family? Uknown.

The only tidbit of information we get about Hanzou comes from a villager in the Far East Village, who confirms that Honzou is from there, but has since gone rogue. Why Hanzou went rogue, or if he still has any allegiance to the Far East Village, are both questions we, predictably, don't have an answer for. That is Hanzou in a nutshell: the question without an answer.

Brahms isn't mysterious at all if you are talking about the Valkyrie Profile series as a whole, but if you limit the scope to just the first game, where he is a secret boss and an unlockable character, Brahms is a tantalizing puzzle from pillar to post. He seems to know more about Lenneth than she does herself. He implies that you are being used and says that there is a score to settle.

Though he poses several questions, he does little to answer them. Which is probably why the second game spent so much time fleshing him out. Though that is almost a shame, as he was, before that, one of the great inscrutable characters in an RPG. Still, he deserves recognition based on his tantalizingly enigmatic first appearance.

When thinking of mysterious characters in Final Fantasy Tactics, you may at first land on someone with opaque motivations like Delita. And he certainly is a shadowy figure, but we do know a lot about him. What about Agrias, though? What do we know about her? She is a loyal, reliable, and accomplished knight. Her sense of duty, and her integrity, make for a lot of parallels with Ramza.

Where Agrias comes from, what her connections are, and how she feels about others: these details are completely non-existent. Despite her being one of the first unique companions you encounter in the game, we surprisingly know little about her. Given her lofty position as the princess' personal protector, we can infer that she is probably of noble blood. But that is speculation. For someone who doesn't have an air of mystery about her, Agrias is a complete unknown.

Deneb is a consistent presence in the Ogre Battle games. This self-serving, yet pragmatic, witch is recruitable in most of the Ogre Battle games (even the Neo Geo Pocket side-game). However, beyond knowing that she has an insatiable thirst for arcane knowledge, and is uninterested in the petty concept of morality, we know nothing about Deneb.

The implication is that she has been kicking for quite some time, though she never seems to age. It is implied that Deneb may have taken multiple forms over the ages. Possibly possessing other women. Though she isn't interested in talking about it, so we can't truly know.

Many characters are mysterious in Phantasy Star 4. Alyss is pretty much a total enigma, Chaz isn't a whole lot better (and hints at having a dark past), but Rune is definitely the most tantalizing of the bunch. What makes him a great mysterious character is his connections. We know he knew Alyss, but little else is revealed about their relationship. We see other people acknowledge him throughout the quest though so clearly, he is a man of great importance.

We do know that he is a reincarnation of Lutz, though that doesn't actually tell us much about Rune. And that is it. As far as his backstory is concerned, that is all we really know. This cool, yet not so cool-headed, wizard will forever be a giant question mark.

Of all the Valentines, Keith is the most normal. Given that his brother is a vampire wrestler who has been known to fight using a fish, that isn't saying a whole lot. However, beyond being eccentric, and having lived for hundreds of years, Keith isn't exactly an open book. Throughout the game, we hear very little about his past.

Keith appears to genuinely care about the people of Bistritz Village, who his family rules over. That being said, while he claims to be a benevolent ruler, he also has a whole host of blood-sucking attacks in his arsenal and it is unclear what (or who) he typically feasts on. So his story doesn't necessarily add up. In the end, he is a valuable ally, but one that we know next to nothing about.

Final Fantasy 6's mercantile ninja is a figure who is hard to put your finger on. On the surface, he appears to have no allegiances or scruples. However, the deeper we get into the story of Final Fantasy 6, the more you realize that isn't quite true. He likes to pretend that he is disinterested, but he helps you during your travels more than once.

And when the fate of the world hangs in the balance, Shadow acts selflessly, giving your party a chance to escape what would otherwise be certain death. We never learn his backstory. The game does appear to suggest that he may be Relm's father, but like every other element of this character, this isn't something that is ever confirmed in the game itself. Ultimately, we are left having to come to our own conclusions.

There is a reason for Guile being such a mystery; his entire backstory was changed mid-development. However, what we were left with is a powerful magician, who is a prominent member of the magicians guild, and is looking for an adventure. Other than that, his motivations are largely unknowable.

Guile appears to act on his own whims; this is perfectly exemplified by him infiltrating a dangerous location based solely on a wager. During the game, Guile will frequently say that he is in search of enigmas. Well, if that is the case, all he needs to do is take a long look in the mirror. 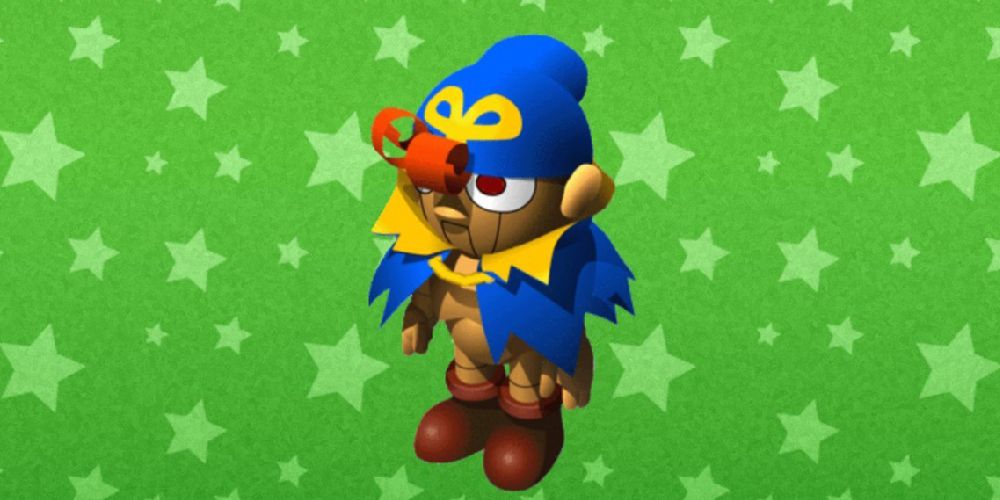 Geno is a possessed doll. The spirit who possessed this doll hails from the Star Road. Beyond that, everything else is an absolute mystery. What does a Star Road entity do? What kind of relationships do they have? Impossible to say.

We do know that Geno has another name (when not possessing toys), but that name is incomprehensible to the people of the mushroom kingdom. So the Star Road entities apparently have their own language too. In the end, he leaves behind his puppet form and ascends as a star. Is that his "true form"? As with every other detail about Geno, we simply don't know. Despite being a central protagonist in Super Mario RPG, we know almost nothing about Geno.

Pesmerga is the Suikoden series' mysterious black knight. He appears in the first two Suikoden games and is one of the last characters you can recruit in both. The only two things we really know about Pesmerga are that he looks super cool and that he is chasing Yuber. He also doesn't appear to age between Suikoden 1 and 2 (though that already feels a little like speculation).

Beyond that, he is a mystery that has gone completely unsolved. To this day fans argue about who, or what, Pesmerga is. Given the state of the series, they are going to likely have to keep arguing.