My Playdate came in the mail this week, and I am enamored by it. The tiny yellow handheld is everything manufacturer Panic promised it would be. The LCD is stunning, the sound is incredible, and using the little yellow crank is such a fun new way to interact with games. I want to carry it around with me everywhere, just so people will ask me about it.

I’m charmed by it, and I’m looking forward to discovering everything its library of original games has to offer over the next few months, but I’m also disappointed knowing that I’ll be experiencing it all alone. The promise of the Playdate was that it would be a communal experience, something timely that can be shared by an entire community. That’s what really sold me on the concept in the first place, but it never came to be – and for now we don’t know if it ever will.

The Playdate isn’t just a tiny handheld for original games, it was meant to be a social experience, too. Its name refers to the release schedule of new games that get delivered to the console, two at a time, once a week. In total, 24 games are delivered over a 12 week period, known as Season 1, and when it was originally announced the idea was that everyone would be experiencing these games together. But supply chain issues resulting from the pandemic and unexpected manufacturing issues, including an entire batch of units with bad batteries, meant that delivering everyone’s Playdate at once just wasn’t possible. Panic began shipping them out in groups of 10,000 earlier this year and will continue to ship them throughout 2023. Whenever your Playdate gets delivered is when your Season 1 journey begins, meaning the chance of being on the same schedule as someone else, let alone finding them, is incredibly slim at best. It’s still a playdate, but it’s a playdate for one. 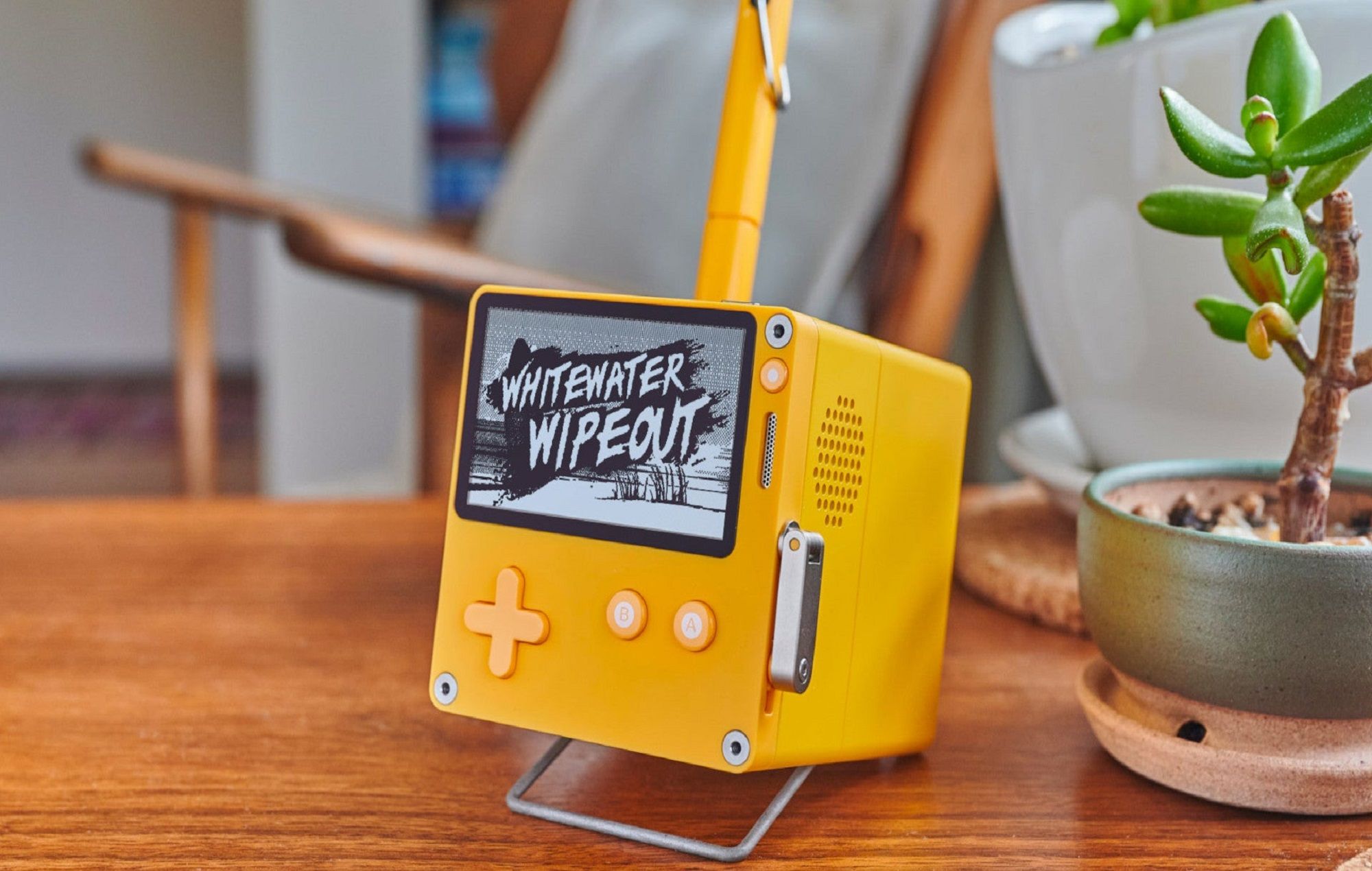 If you existed on planet Earth at the end of 2021, you undoubtedly remember what a phenomenon Wordle became overnight. It exploded in popularity not just because it was a great game, but because it was current and shareable. People talked about Wordle around the digital watercooler, the way we talk about last night’s football game or things Kanye says on Twitter. It brought people closer to their families and gave strangers a common interest. Like Pokemon Go and Wii Sports before it, Wordle was at the core of mainstream popular culture – at least for a short time. A $180 handheld for niche indie games was never going to reach critical mass the same way Wordle did, but it had the potential to create community in a similar way.

My Season 1 started this week, and I think the first two games are pretty neat. Whitewater Wipeout is a surfing game that really challenges you to learn how to manipulate the crank with precision, and Casual Birder is a surprisingly dense adventure game that made me laugh out loud a few times. I’m especially fond of using the crank to rack focus on the camera because it filled my mind with all kinds of interesting ways the crank can be utilized. I wish I could talk about them (and write about them) but it would feel like trying to tell people my Wordle results from a day in May. I’m missing that feeling of being part of a moment. Maybe there’s a Discord server out there for the other 10,000 people in Group 3, but even that small group is likely starting their season in different weeks.

Prior to release, Panic reiterated in numerous interviews that the seasonal model was an experiment. It wanted to see if people actually liked receiving new games this way before it committed to doing a Season 2. Unfortunately, the data it has to base that decision on will be imperfect, because we never got to see the season as it was envisioned. Panic says the Playdate will be ready-to-ship for new customers in 2023, which means syncing everyone up for sometime towards the end of the year for Season 2 will finally be possible. I know there are a lot of factors that go into deciding on a release model, and the most important thing is that the developers are fairly compensated for their work, but really I hope we get another chance to experience Playdate as it was meant to be.