Magic: The Gathering’s next preview season has started, and Dominaria United takes us back to the game’s home world as it faces a threat from its ancient history. With Phyrexian Sleeper agents hiding in plain sight, anyone could be an enemy, and it’s up to Karn, Jodah, Jaya, Ajani, Teferi, and the crew of the Weatherlight to put a stop to the Phyrexian Praetor Sheoldred’s plans.

MTG isn’t all about the big, splashy rares. Sometimes, even a humble common can change the course of a game, redefine a format, or be the glue that brings your entire draft deck together. With that in mind, here are four brand new common cards you’ll be able to find when Dominaria United launches on September 9. 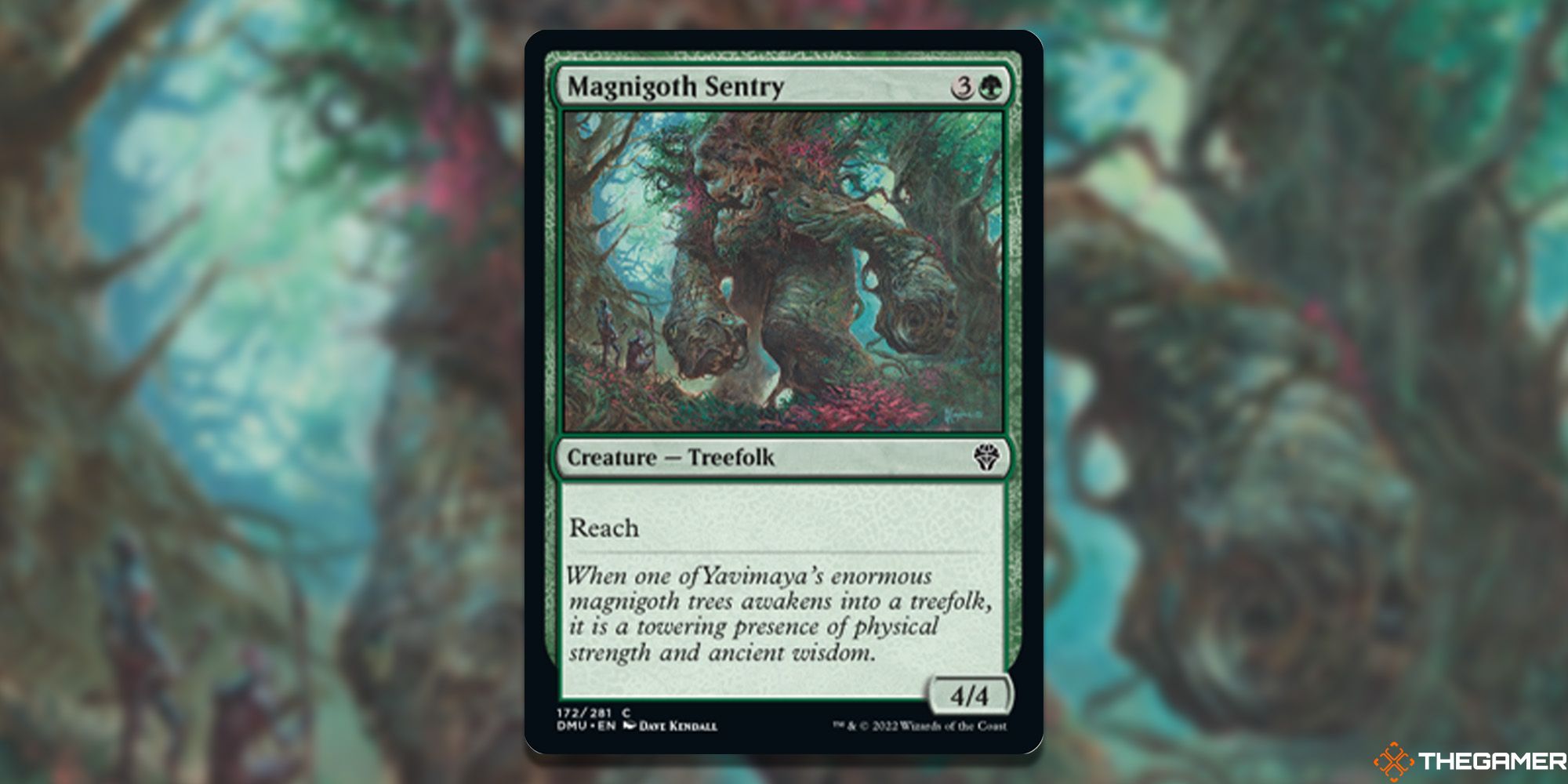 A French Vanilla creature (one with no rules text bar a single ability) isn’t going to be a heavy combo piece or anything like that, but Magnigoth Sentry is reasonably priced for a 4/4 with reach and actually shoots up to one of the best French vanilla reach creatures in the game.

Compared to cards like Towering Indrik, Norwood Archer, and Giant Spider, Magnigoth Sentry has better power and toughness. Compared to Cloudcrown Oak, Skyraker Giant, or Grazing Whiptail, it requires less coloured mana to cast. This isn’t going to be a bomb when it hits the battlefield, but it’s a surprisingly decent card compared to its older counterparts. 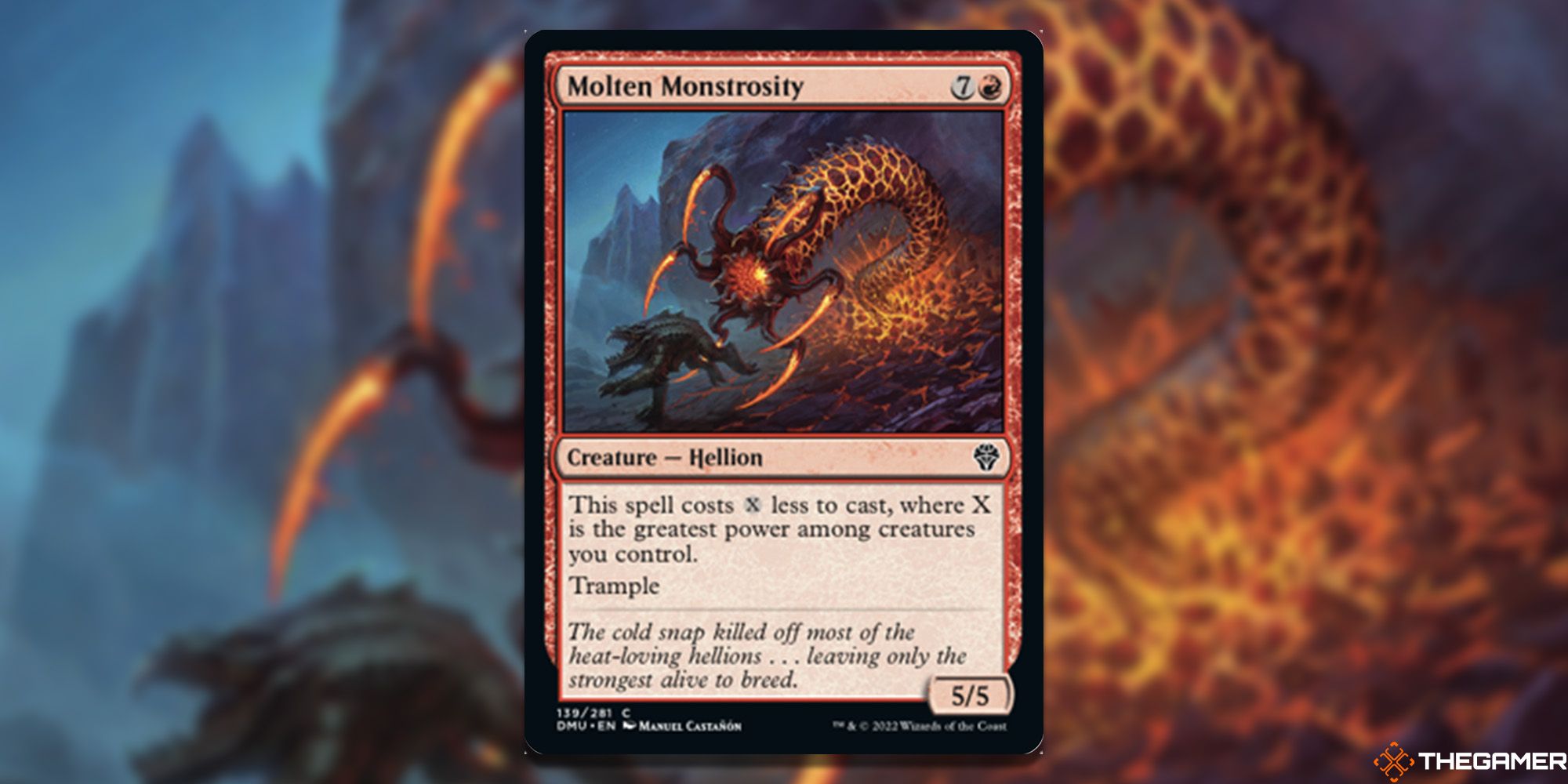 This spell costs X less to cast, where X is the greatest power among creatures you control.

Depending on when you’re able to play it, Molten Monstrosity could be a big threat. If you’re able to use its cost-reducing ability to get it out early, a 5/5 with trample could just wreck your opponent’s defenses. Thanks to Dominaria United’s enlist mechanic, which allows you to combine the power of two creatures, maybe it won’t be as difficult as it first seems to get it into play ahead of the curve.

The one letdown here is that Molten Monstrosity lacks haste. Its closest cousin is probably Magma Hellion from Battlebond, which also had a high mana cost and a cost reduction ability, but included trample and haste to let it attack right away. 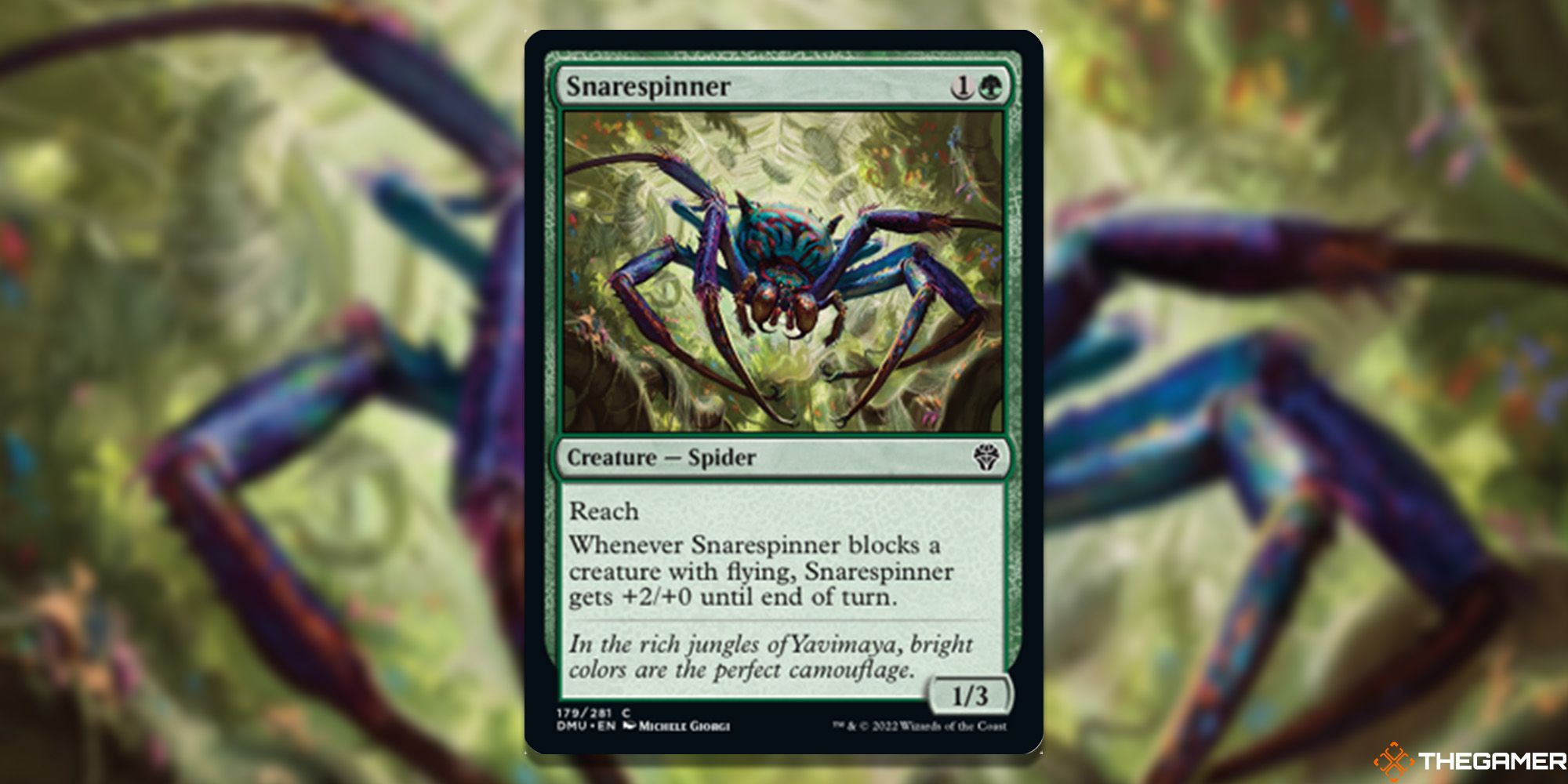 Returning to Standard after a whole year away, we last saw Snarespinner in Core 2021, where it became a stalwart of that year’s introductory starter sets. Considering many people got into Magic over the pandemic and likely started with these decks, there may be a weird sense of nostalgia to see this little, unassuming spider make a comeback.

Snarespinner is surprisingly good as well. For its mana cost it has a high toughness that lets it block everything from quick and nasty Goblins to the many 1/1 Spirits currently dominating Standard. It can even take out beefier fliers, thanks to its buff that triggers on blocks. Welcome back, Snarespinner. 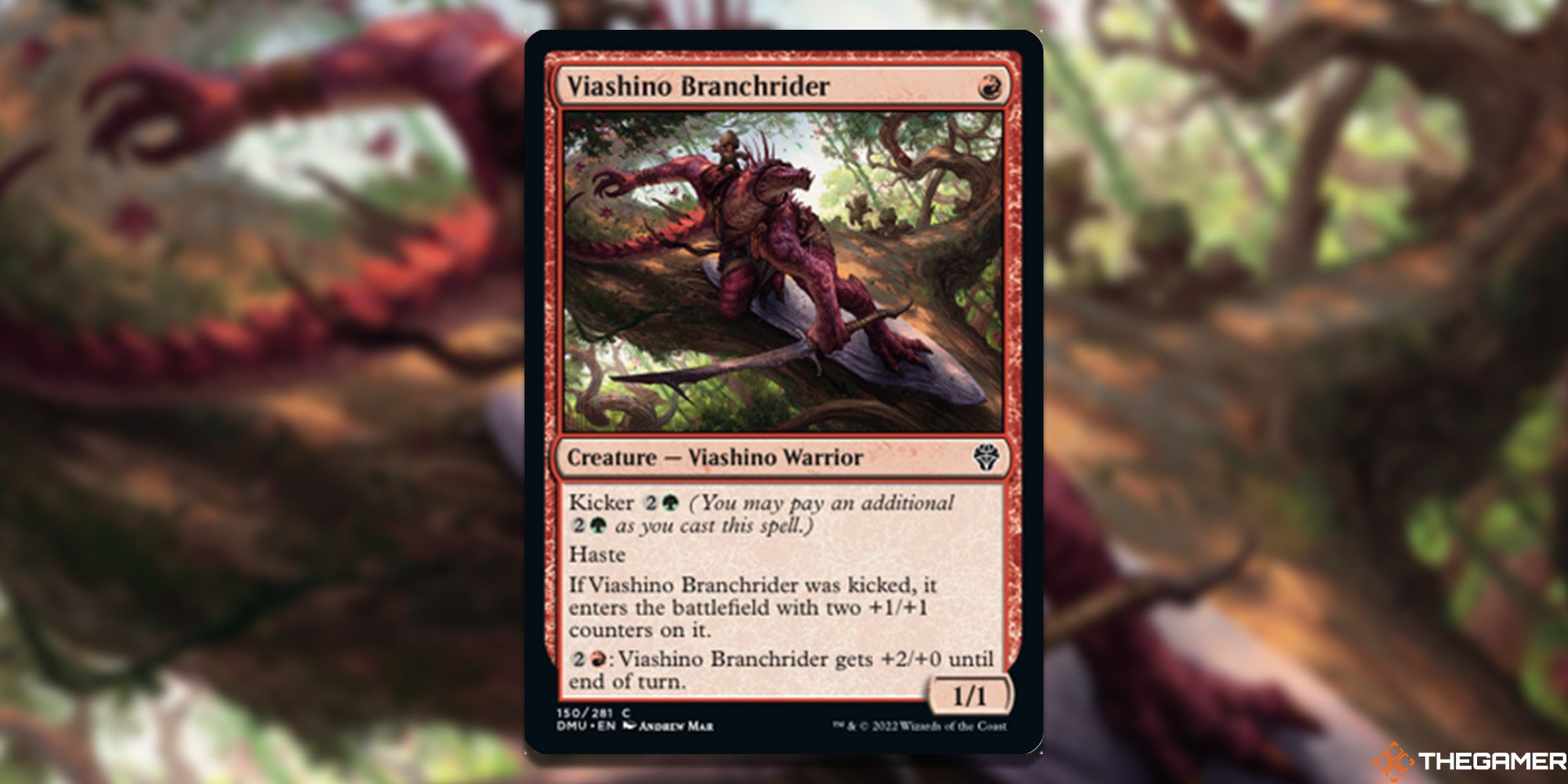 If Viashino Branchrider was kicked, it enters the battlefield with two +1/+1 counters on it.

Pay two generic, one red: Viashino Branchrider gets +2/+0 until end of turn.

With Zendikar Rising rotating out of Standard soon, it’s nice to see Dominaria United is here to keep the kicker mechanic in play for another two years as it’s one of Magic’s most popular and most flexible.

Viashino Branchrider can either be a great turn one play for a Mono-red Aggro deck, or it can be held back for a few more turns and come in as a much bigger 3/3 for its kicker cost. To sweeten the deal, the second ability can be repeated as many times as you like, turning Viashino Branchrider into a decent mana sink for those turns you don’t have much to do.

With Standard rotation removing a lot of Mono-Red Aggro’s options in Standard, Viashino Branchrider’s low mana cost and haste ability could cement its presence in Magic for the next few years at least.