Very few characters make it more obvious that MultiVersus has a pretty damn unique cast of characters than LeBron James. Before his inclusion in the game, he was the type of character who you wouldn't think was even a possibility. Yet, here we are… dunking on our opponents… VERY literally. While LeBron is absolutely an odd duck pick, he is also proof that odd doesn't mean bad. Because LeBron is super fun! 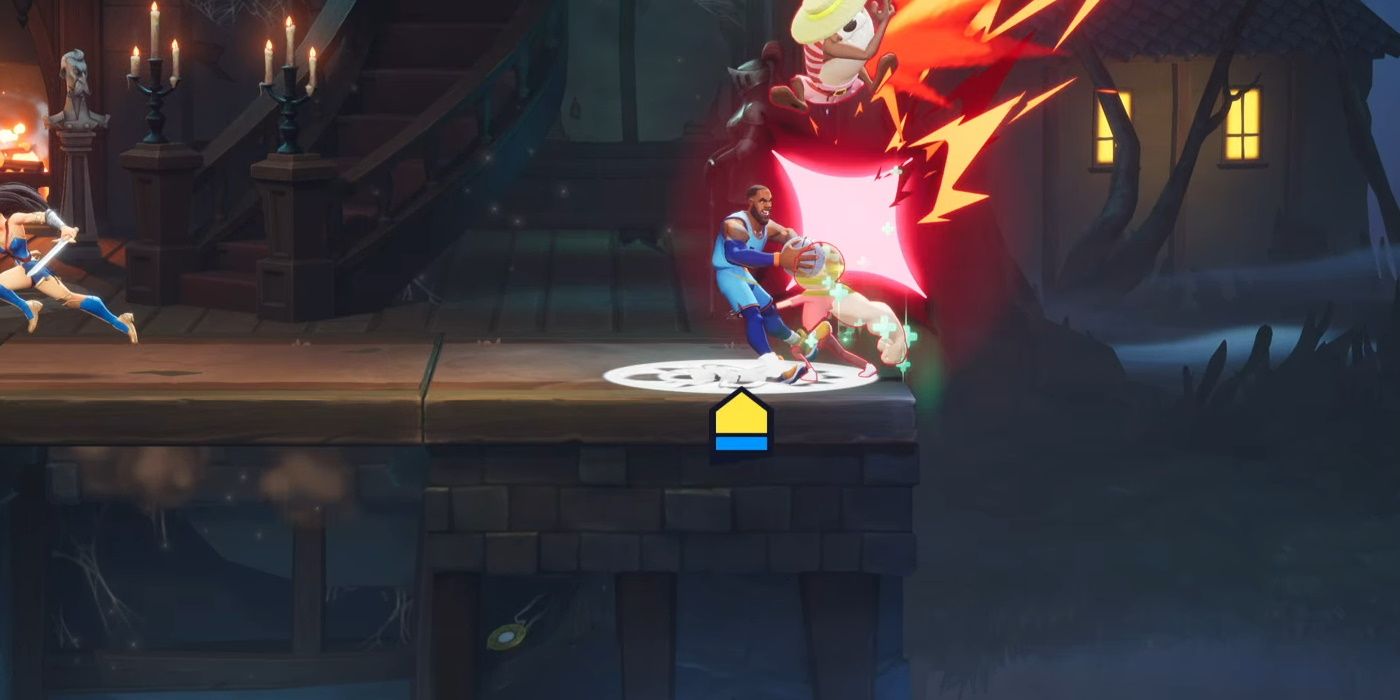 What is going to strike people right away with LeBron is just how projectile heavy he is. Technically, he is a Hybrid Bruiser. However, LeBron almost feels like he switches classes depending on whether or not he has a ball in his hands. For those unfamiliar, every move LeBron has changes depending on whether he has a ball or not. So, LeBron without a ball is about getting up close and personal, but LeBron with a ball is so projectile-heavy that he starts to feel more like a Mage. Though, it is worth emphasizing that LeBron with a ball is a substantially better character.

It is worth noting that LeBron does a lot of things very well, but he is easily among the best characters when it comes to edge guarding. He just has a number of tools that feel service-built to destroy players trying to recover back to the center platform. 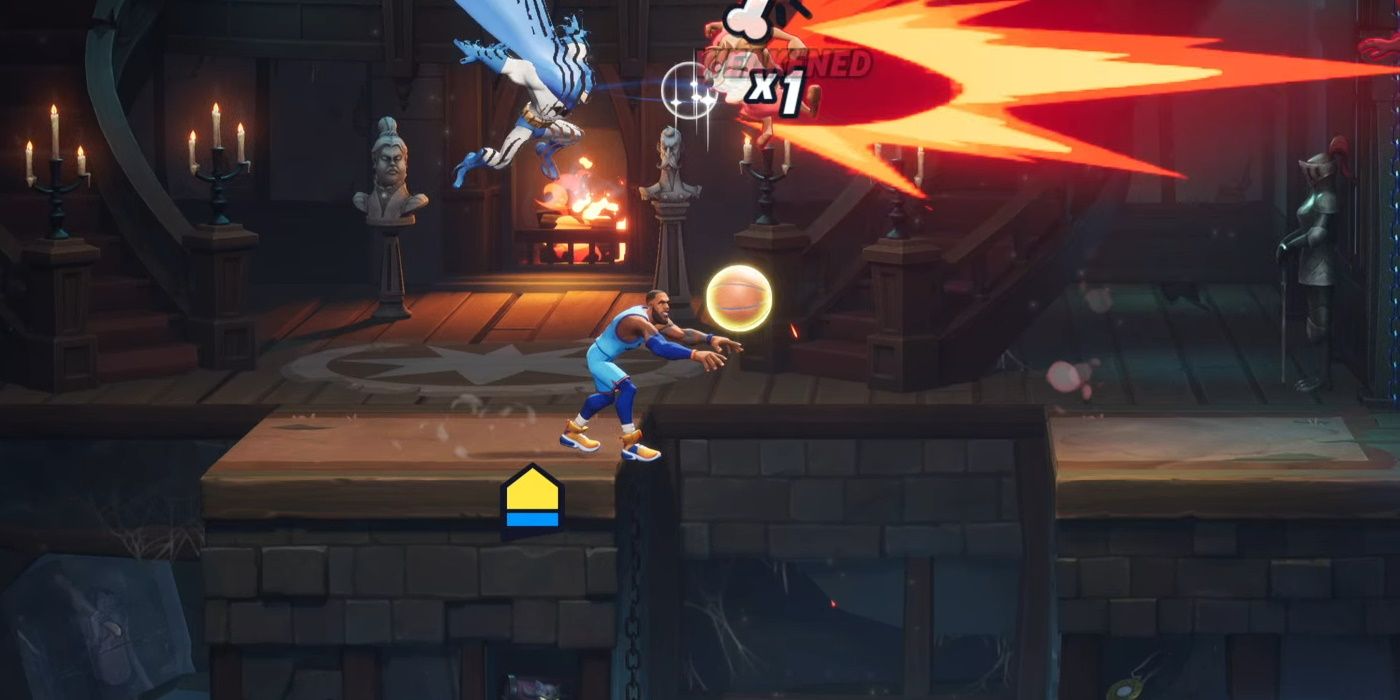 During the early stages of the fight, LeBron wants to start controlling the arena; that means getting balls out into the field. Using his Buckets! projectile is a great start. This projectile bounces across the arena slowly. It helps you control the ground brilliantly. Your opponent will either dash through it or hop over it. Either way, you know that they are limited to two options. Denied also does a great job of helping you control space. When skirmishing with opponents, having the ball bounce vertically beside you gives you a great escape option, and forces your opponent to be cautious. 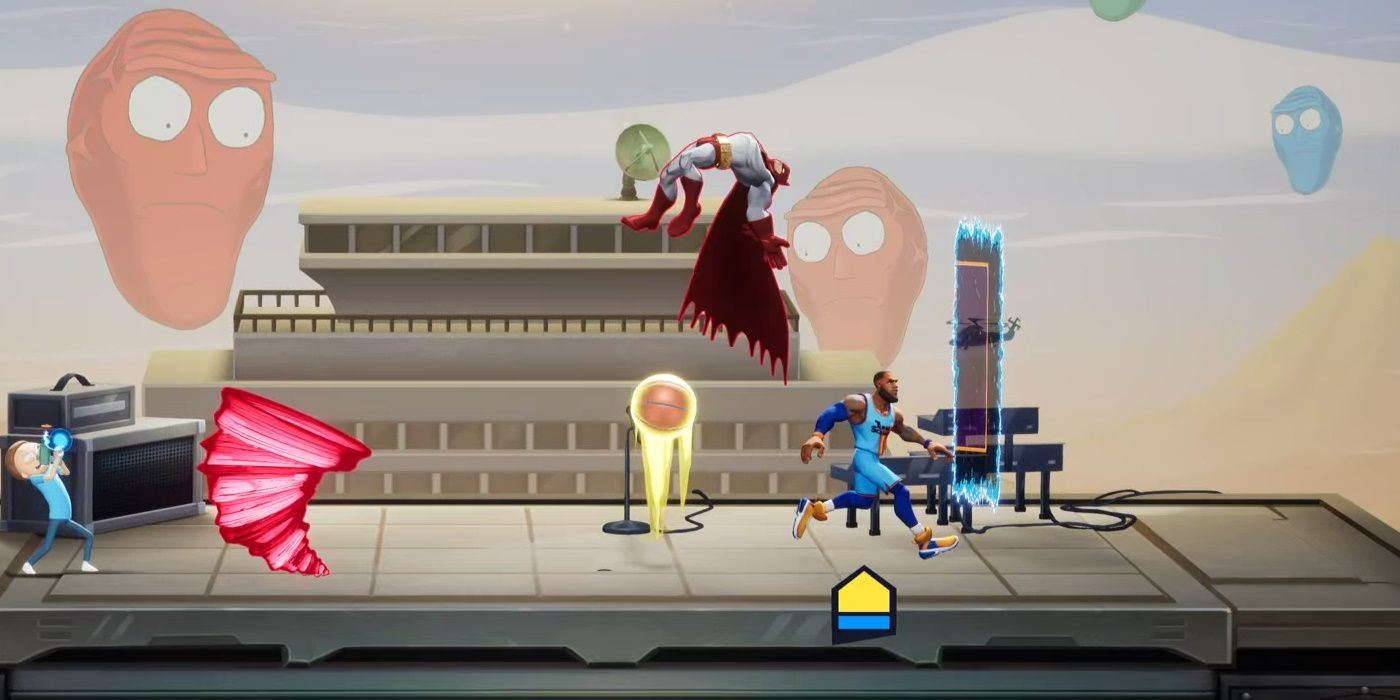 So, you will be looking to create chaos with your slow-moving projectiles. This will mean that you will be without your basketball, but thankfully you can summon another, or, if your non-ball Buckets attack is in recovery, you can swipe one from your opponent. His ball-less Check attack has excellent range and is a fantastic way to swipe a ball. However, keep in mind that if you don't have a ball you will gain access to a better move when you use Work The Floor. Also, while his Take It To The Rim and Alley-Oop attacks may be a touch worse, they are still excellent overhead attacks. So, you can still fight back quite competently without a ball.

When you find yourself without your ball, and that will be a pretty frequent occurrence, you can use your Buckets special to get one back. If that special is on cooldown, LeBron can connect with any of his ball-less attacks and they will grant him a ball. Our favorite of these is his Check attack (aerial forward attack). This move has excellent, excellent range. 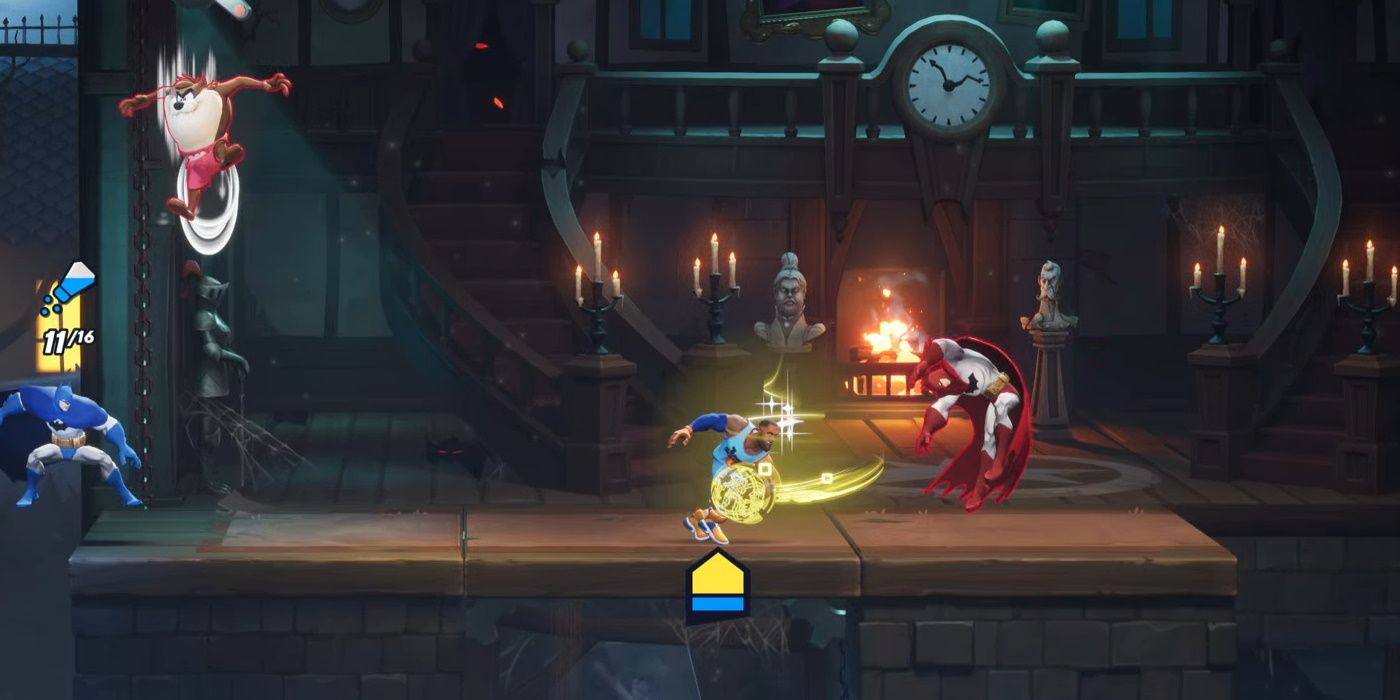 Now, for LeBron's L-Train. You may be tempted to spam this attack, as it is so potent, but we would recommend that you not do that. You need to be less predictable with this attack. If you try to land this attack on an opponent who is waiting patiently below, they are going to smack you out of the air. So, you need to use it to clip opponents who are otherwise occupied, or you need to try to land it where you predict your opponent will be. This is a huge part of LeBron's game, because it is so powerful, but you need to show some restraint and pick your shots! 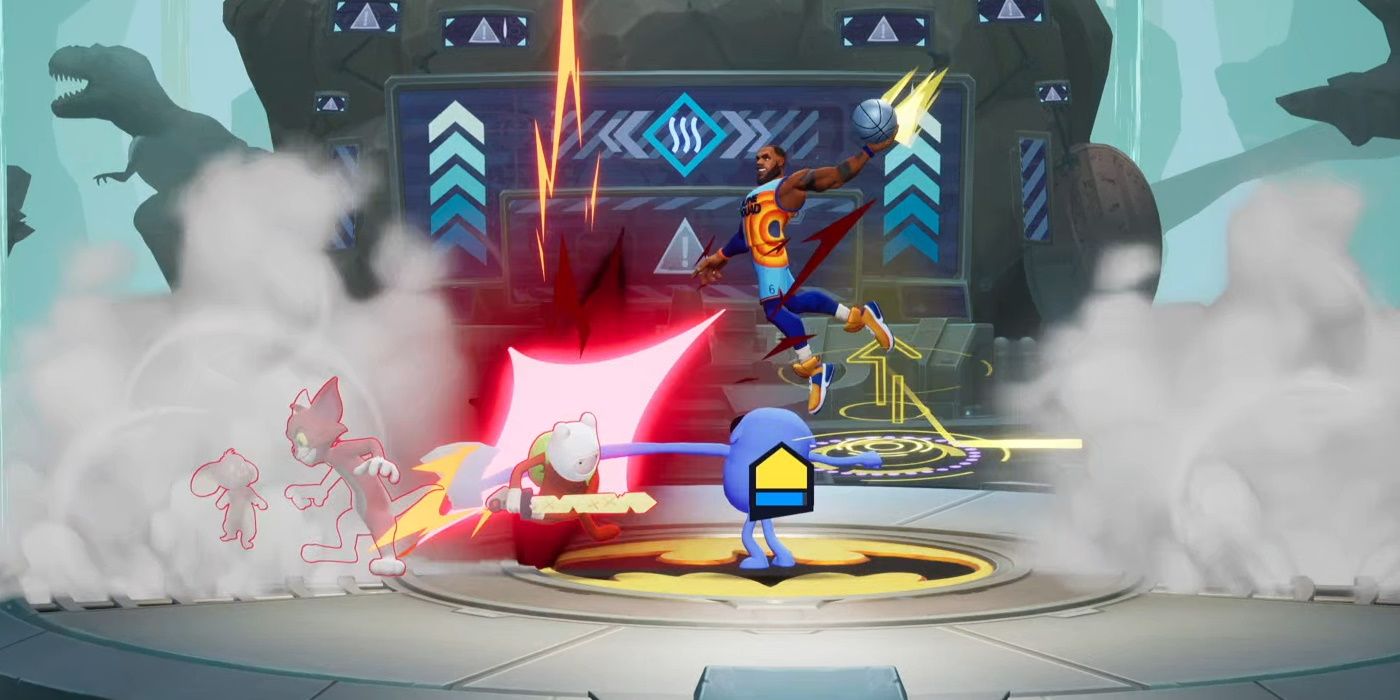 But the L-Train attack isn't the only way to get your opponents off the stage. In fact, your best method is probably your Alley-Oop. Once you have roughed your opponents up, start looking to land your combo. This will pop them up into the air. Once there, look for that Alley-Oop follow-up and you will absolutely start racking up the KOs. 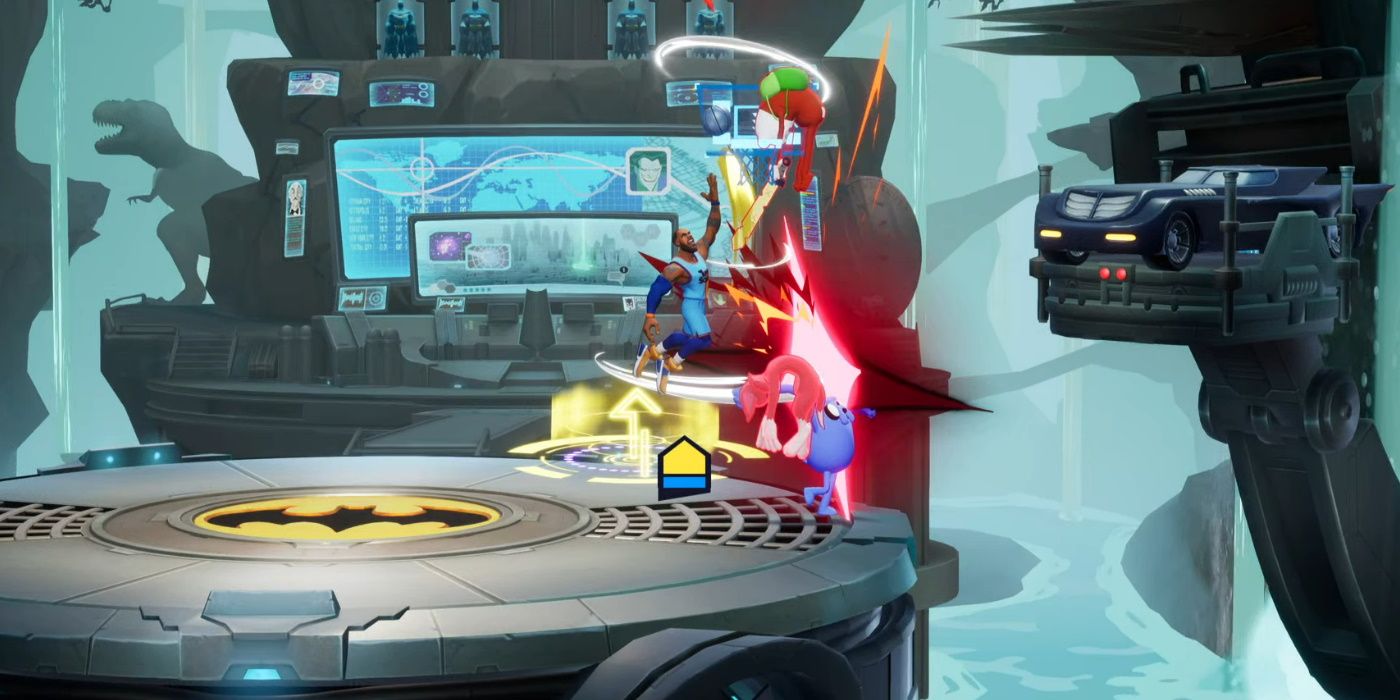 Also, keep in mind that LeBron is one of the most vicious characters in the game when it comes to edge guarding. The last thing you want when recovering is to deal with a number of slow-moving projectiles. Similarly, a ball that is aimed directly downward, and runs parallel with the edge of the platform, can be an absolute nightmare. And we aren't even talking about his dunk attack, his shockwave ability, or his ability to leave a ball just bouncing passively on the edge of the platform. LeBron is a monster when he is edge-guarding. 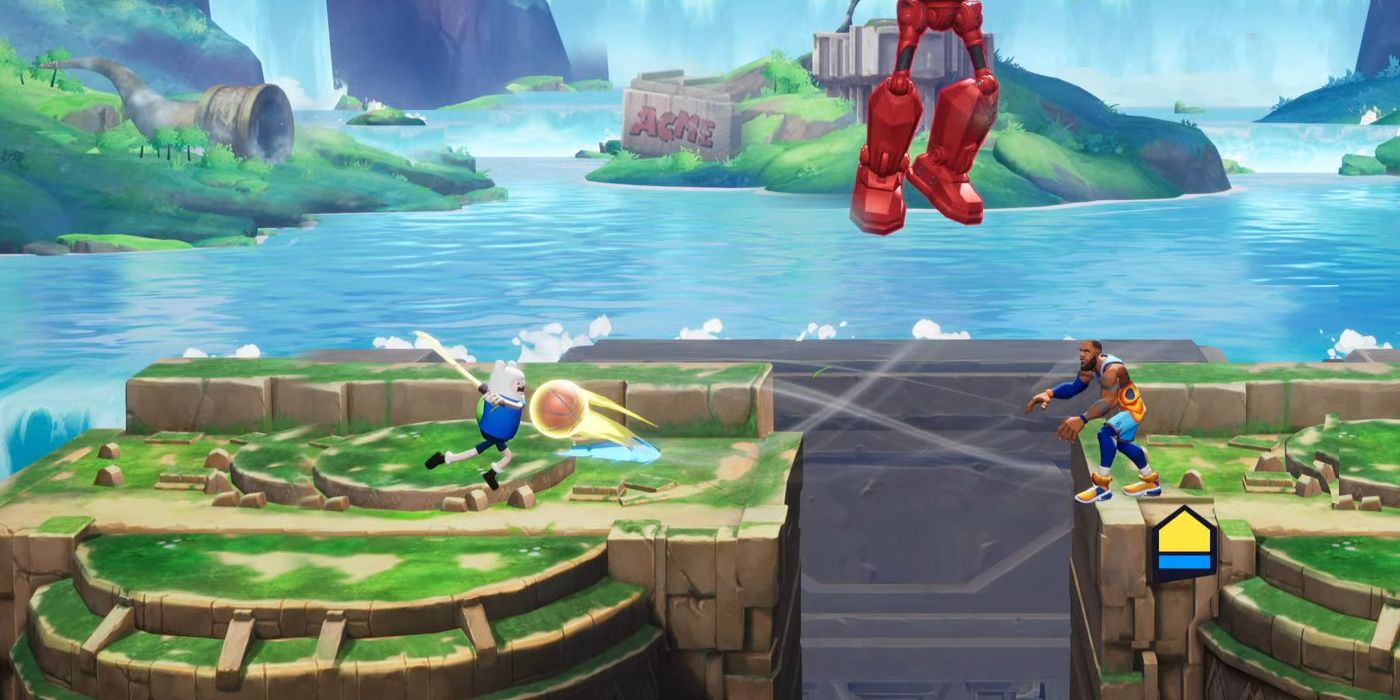 When it comes to LeBron and team play, it is almost all about offense. He can pass the ball to his partner, and the next attack they do will throw the ball. You can then perform your L-Train and zip right to it. Now, that is a great way to land your potent dunk attack! This is going to be the primary way you interact directly with your partner, but LeBron does contribute quite a bit by placing balls on the stage and controlling where his opponents go. Generally, if you are on the same page with your partner, LeBron can bring a lot to the team. 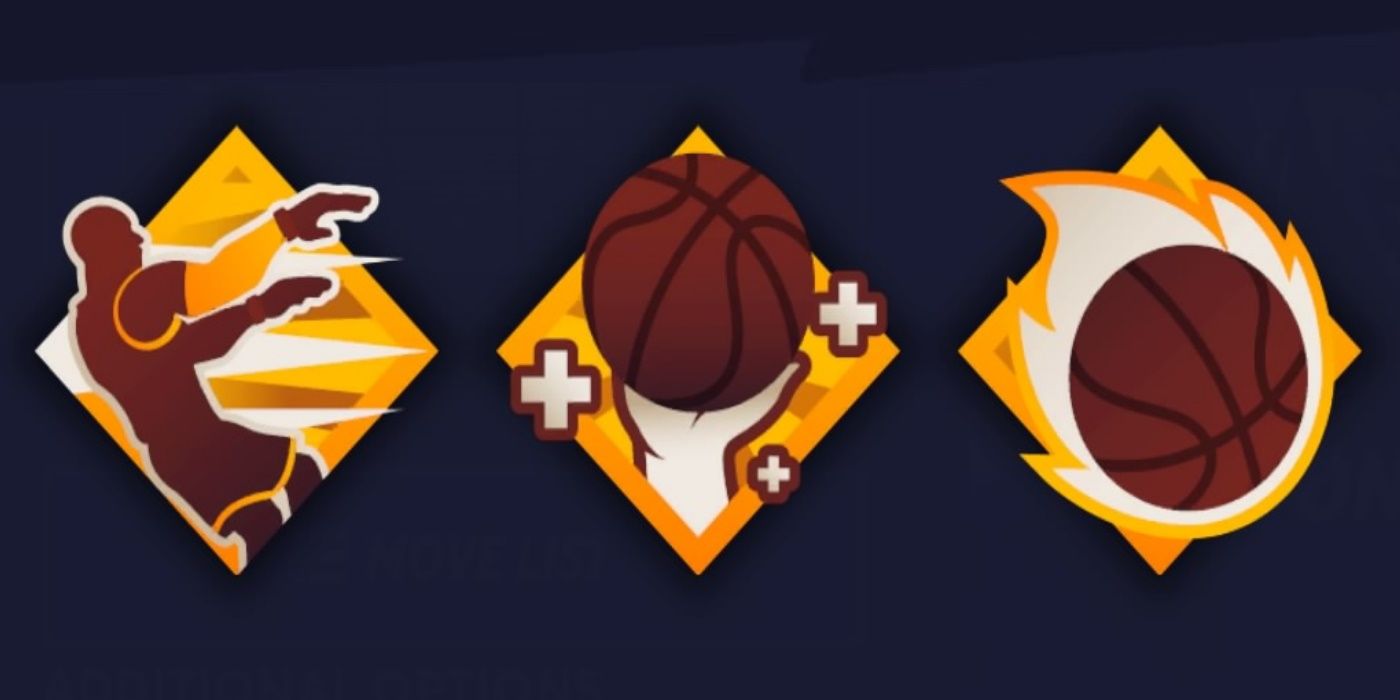 You love to see it; LeBron has two great perks. Both his For Three and Hot Hands Signature Perks give his most potent attacks a substantial buff. Hot Hands makes his dunk attack absolutely devastating, but it does require passing the ball first. His For Three Perk makes his basketballs lethal bombs when they hit from a great distance.

For Three is probably the perk that is easiest to make use of, but you really can't go wrong with either one. Keep Possession, on the other hand, seems a little underpowered. Maybe we are underestimating it, but we didn't find that the grey health it provided was enough to justify going with it above either of the other Signature Perks.