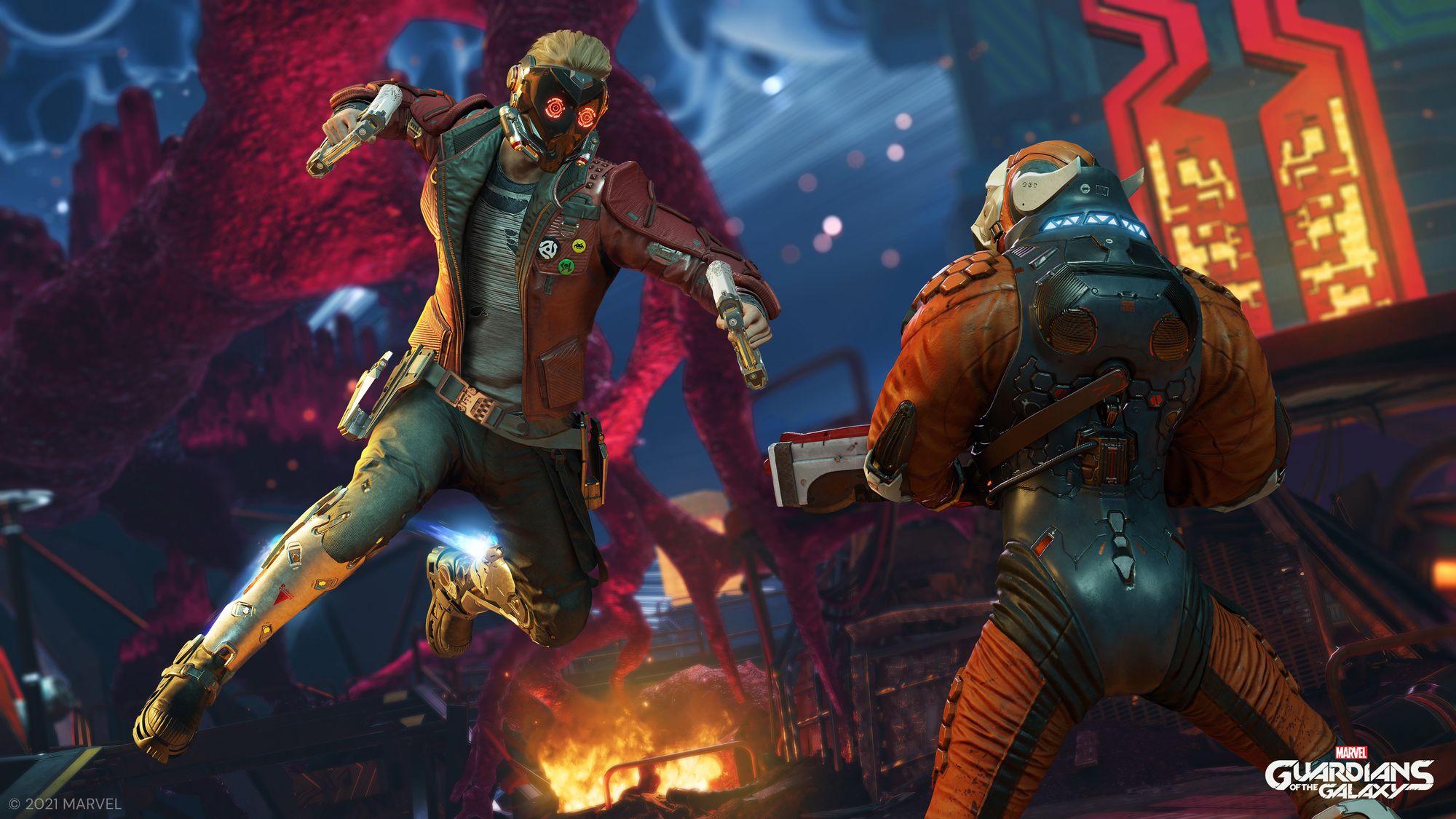 A reader compares his experience of playing PS5 and Xbox Series X, with games including Guardians Of The Galaxy and Kena: Bridge Of Spirits.

What with work and other commitments, I do not get as much time for gaming as I would like and so nearly two weeks off over Xmas has been a chance to really get stuck into a few new releases.

The time was made even more pleasurable as I received a shiny new PlayStation 5 for my birthday just before the Xmas break (nothing prepares you for how big and heavy that thing actually is). This now sits proudly alongside my Xbox Series X.

So, with the PlayStation 5 set-up, I started off with the built-in Astro game to loosen up my gaming muscles and what a joy that was. I am old enough to remember when every console had a built-in game and this was just a perfect way to show off the new controller, great fun and the right length. I am not sure it would have benefitted from being a full game and, much more, would have diluted the experience.

I moved on to Kena: Bridge Of Spirits thinking that this would be another game to ease me back into my gaming groove. It looks stunning and is a great fun title, but it did get surprisingly challenging from about two-thirds in. The second boss was a pain. Still, another great game and about as near as you will get to a Zelda type experience outside of playing on a Nintendo device.

Next up was a bit more controversial but I really enjoyed The Gunk on the Xbox Series X. OK, it is pretty simple but as a palette cleanser between big, open world games it was a joy and it was nice to find something that can be completed in a day and is just relaxing. Would I buy it? No, but as a Game Pass option it was perfect and this is where Game Pass excels. Titles like this and titles like The Artful Escape were great experiences but too short and too one-note to warrant a purchase.

Next up was the highlight of the Xmas gamefest: Guardians Of The Galaxy. So well written, decent acting, fun action, just a real joy of a game. At one moment, towards the end, it even nearly brought a tear to my eye. This is one of my favourite games of the year and I can honestly say that my relationship towards this iteration of the crew grew from being annoyed to actually preferring them to the MCU versions. When the team suddenly start carrying out actions without needing to be asked was just a standout example of how they developed throughout the game.

So, Xmas is over now and I am back at work and about halfway through Ratchet & Clank: Rift Apart. This has been a slight disappointment. It is fun but I can only describe it as state-of-the-art graphics and game mechanics but gameplay that has not advanced much in over a decade. Great ideas about what to do with the latest technology, then it proceeds to not do anything interesting with them.

After this is will be time for Demon’s Souls and Halo Infinite.

2021 has finished on a gaming high for me and I’m looking forward to carrying it in to 2022 but the big question remains as to the comparison between the Xbox Series X and the PlayStation 5 and the honest answer is, there is no winner. The Xbox Series X felt more premium on day one, better packaged, better quality feel, and surprisingly smaller and more compact. I am more used to the Xbox user interface and Game Pass is superb. I was also surprised how much I missed the quick resume feature when using the PlayStation 5.

The PlayStation 5 is the equal in terms of performance, a bit noisier I suppose but much quicker to install games and the controller is superb (and this comes from someone who skipped the PlayStation 3 and 4 for much of the generation because I did not like the DualShock controller).

The PlayStation 5 has some great release titles but their £70 price tag is still a stinger. Bear in mind that I hardly buy any non-Game Pass games for the Xbox Series X and that price point per game is a real eye-opener. I did sign up for PS Plus and so the collection of first party titles on there that I missed on PlayStation 4 is a help but I am certainly going to be more picky about what I buy on PlayStation 5 and also will tend to buy the Xbox version of multiformat games, as it is £10 cheaper.

[There’s no difference in price between multiformat games; most are £60 and only a few, like FIFA and Call Of Duty, have a RRP of £70 on both consoles. It’s only Sony first party titles that are almost always £70 – GC]

Still, two worthy consoles that actually each offer something a bit different. If I had to choose, it would be the Xbox due to Game Pass and game cost but it is a tight call.

So, that was my Xmas gaming experience, now back to work and only playing for a couple of hours a night.