By now, you are probably familiar with the way gacha games work. You know the highs and lows of trying (and usually failing) to pull your favorite character. My Hero Ultra Impact is no exception to the rule. Based on the popular anime, the app lets you face off against enemies with characters from the show. You can even make an enemy face off against themselves.

In Ultra Impact, it takes fifty Hero Gems to pull either a character or a memory to use in battle. Of course, you could always use your money to purchase Hero Gems, but the game has a couple of ways to farm them for free. 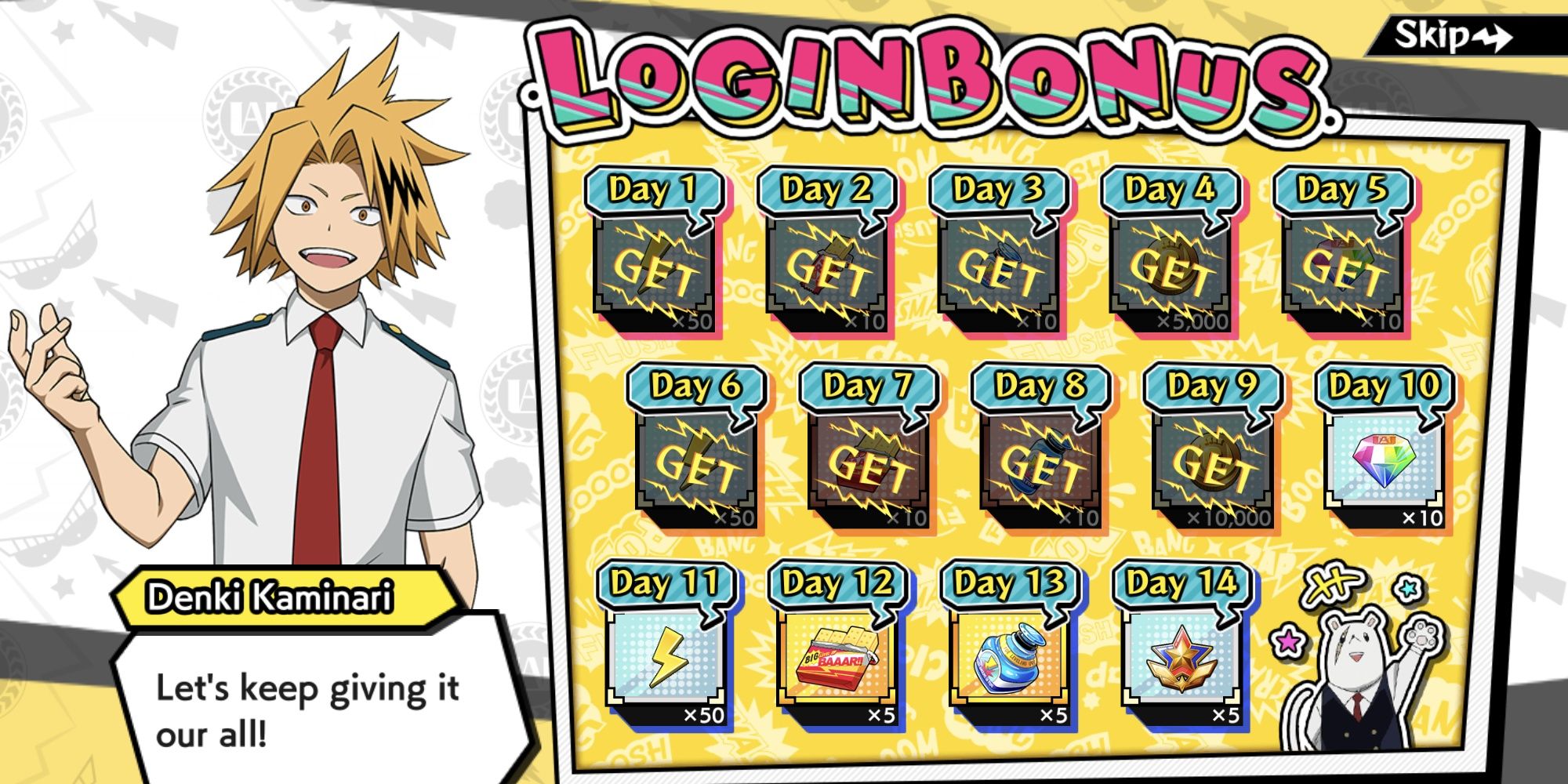 Every day, after you log in, you will get a daily bonus presented by one of the anime characters. These prizes can be stamina, coins, character level-up bars, memories, or Hero Gems. With a little patience, fifteen days of login will give you a couple of Hero Gems to add to your collection.

The best days to get Hero Gems are during the weekend events. If you log in during one of these events, on Friday, Saturday, or Sunday, you are guaranteed to get over twenty Hero Gems.

9 Play Through The Main Quests 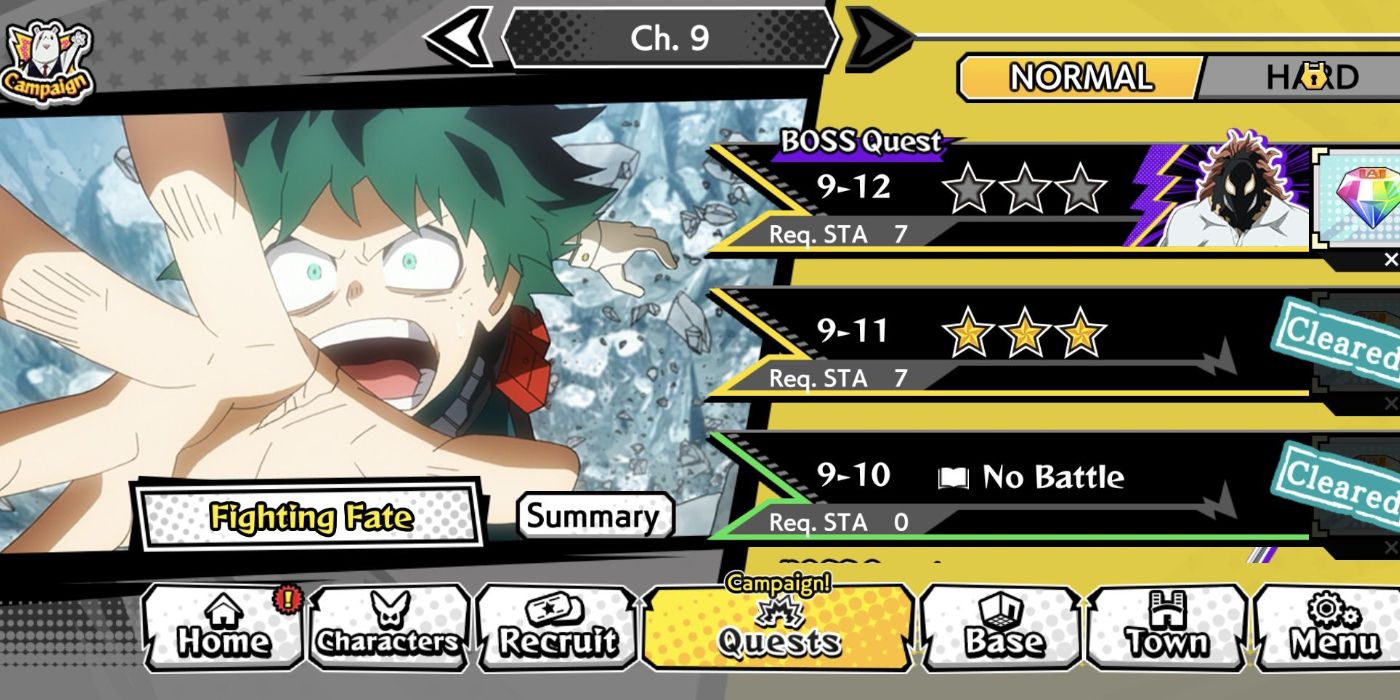 The main quest mode is where you are taken through the story of the anime, starting from its first season. Here, you will engage in chapters that are made up of individual quests. For each one you complete with a three-star rating, you will get ten Hero Gems. This number increases to twenty if it is a boss quest. Sometimes, all you have to do is watch a cutscene to get the gems – and you can usually skip that scene too!

What is even better is that, after completing the chapter, you will unlock hard mode. Here you can complete more difficult battles and get even more Hero Gems. 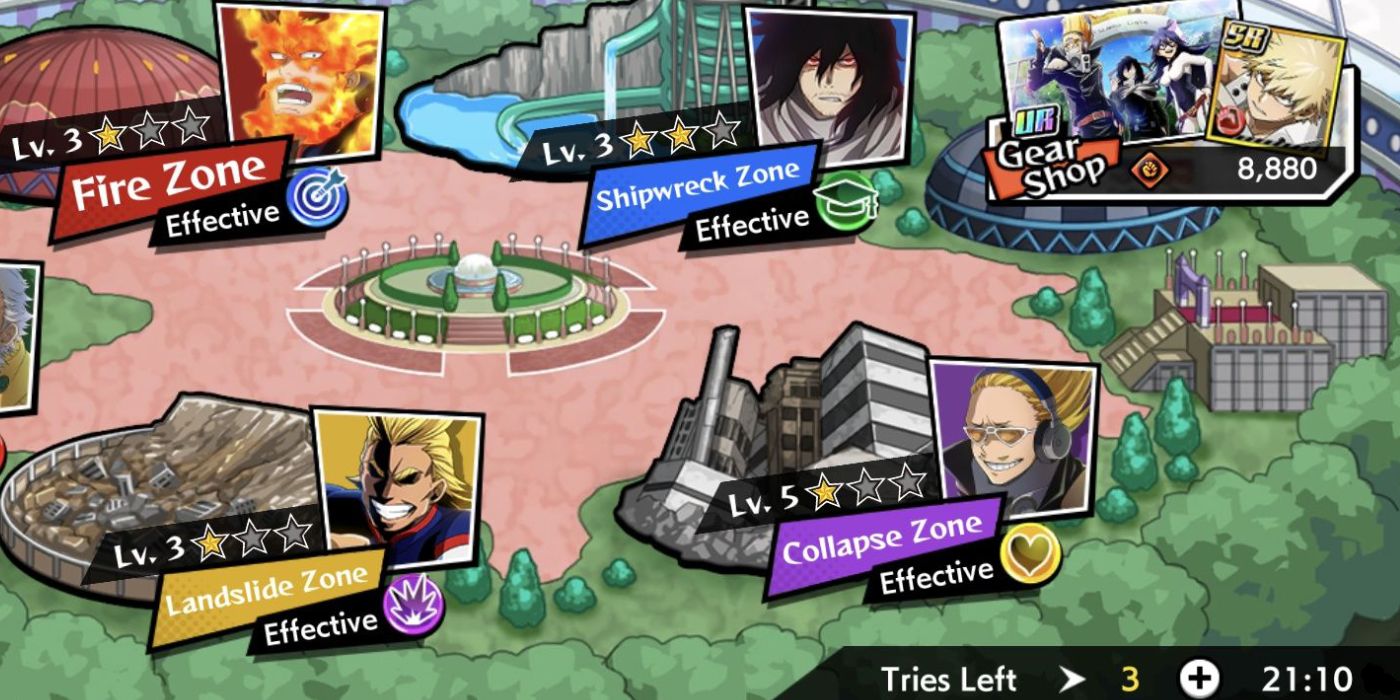 At the U.S.J. (Unforeseen Simulation Joint), you will face bosses that you will have to beat within a time limit. Not only that, but you have a limited number of three chances per day to complete the challenge.

Successfully beating the boss will get you ten Hero Gems and sometimes, twenty Hero Gems plus an extra prize. If you cannot beat the boss within the three chances, don't worry! The amount of damage you do will carry over to the next day, so you are guaranteed an easier victory when you try again. 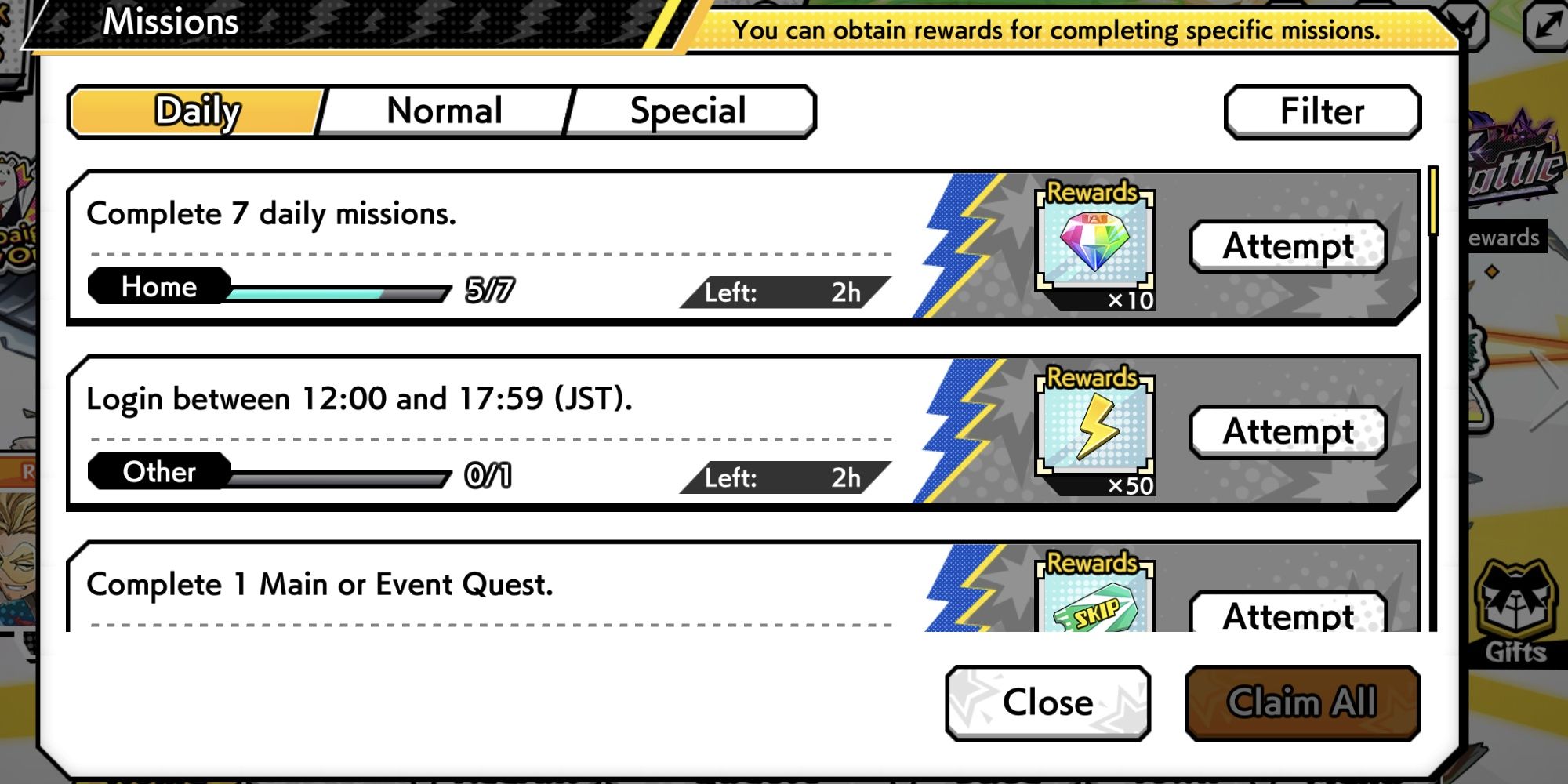 Missions are another way to get Hero Gems. They fall into three categories of Daily, Normal, and Special. Each work in slightly different ways.

Daily missions are reset daily and can be as simple as completing a certain number of quests or a set number of missions. Normal missions take a little longer, like logging in for a total number of days, leveling up your rank, or completing the U.S.J., but they will not disappear. Special missions comprise tasks that must be completed within a time limit to collect the reward.

6 Level Up In Level Up Quests 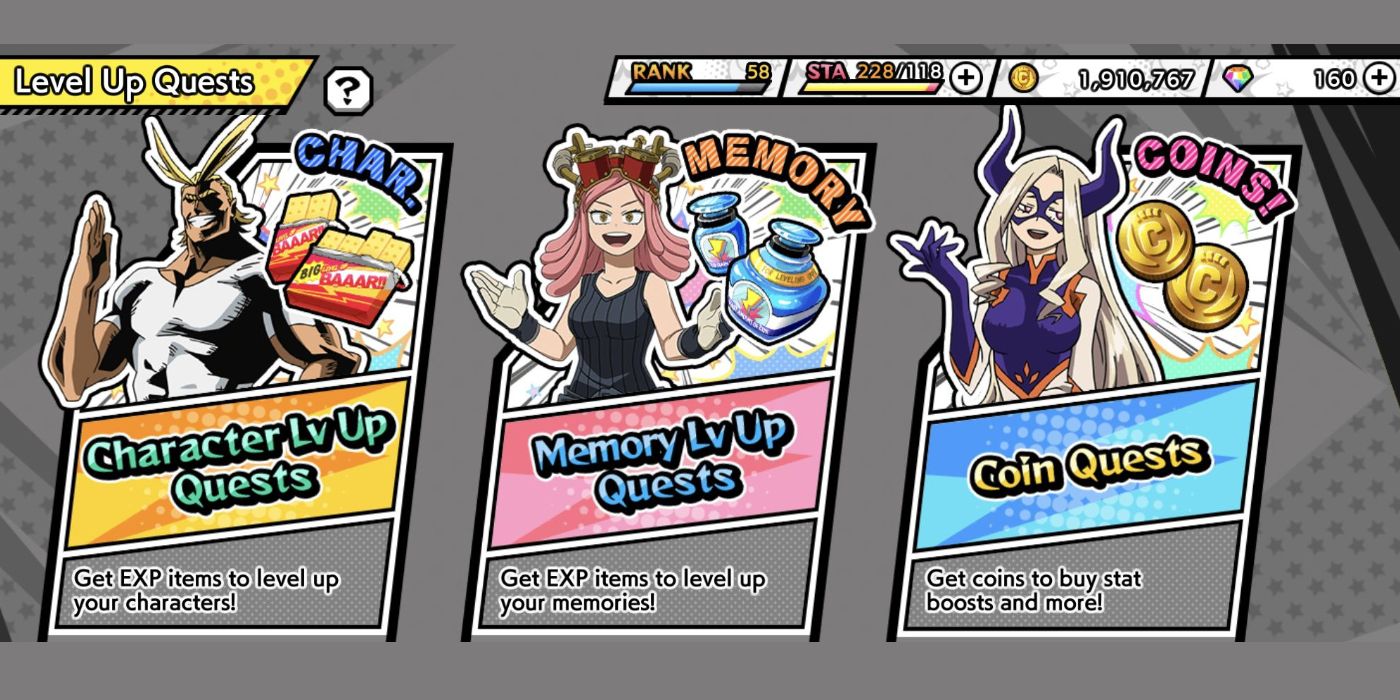 5 Complete Panels On The Ability Board 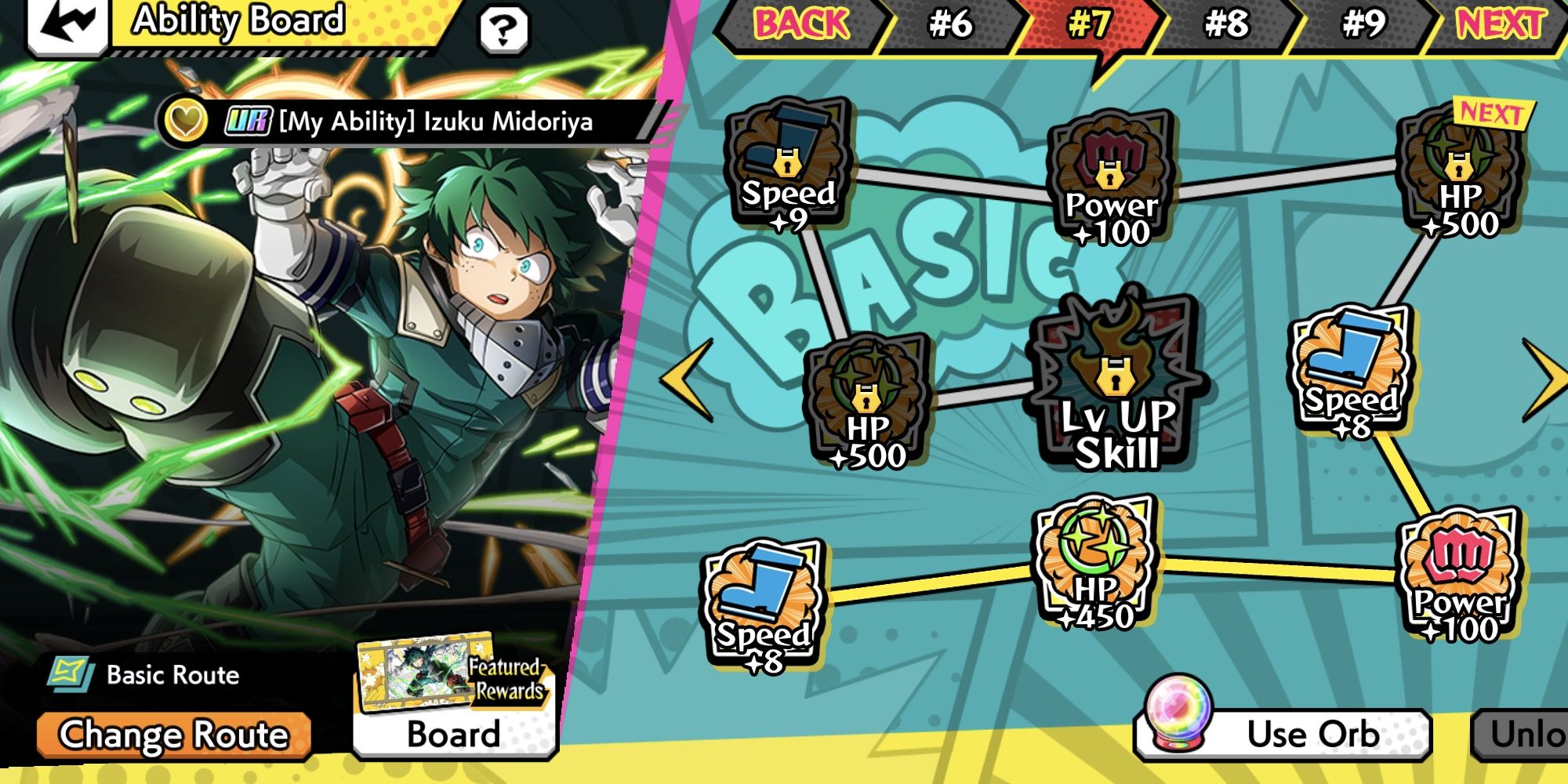 Every character you pull will come with their own ability board. As you progress through their boards, you will increase your character’s power, health, speed, and skills.

Once you complete a panel, you will be rewarded with ten Hero Gems. Depending on the character, you will either get eleven or seven panels to complete. Though panel completion will get more difficult the further you go, you will not be rushed to complete the panels in a set period. Be patient and work your way through to get those Hero Gems. 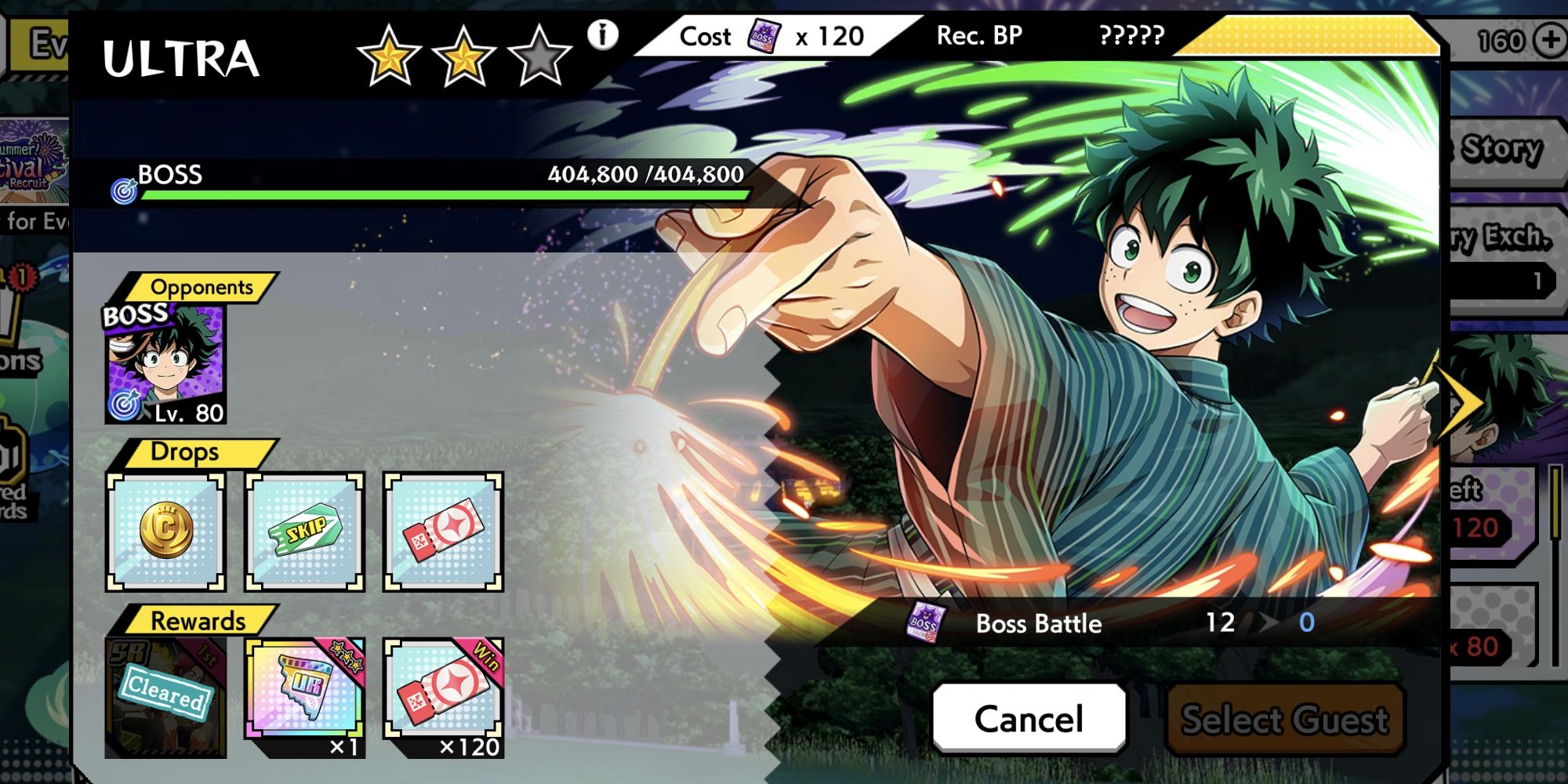 During an event period, you will get to participate in an original story tied to the anime. Every battle you beat within the event will give you ten or twenty Hero Gems, similar to the main quests. Sometimes, Events will feature Boss Battles where you can get even more Hero Gems!

Events also come with their own missions, so make sure to check out the requirements and rewards for them. In some events, there will also be a lottery where you can try to pull for Hero Gems with raffle tickets that the event provides. A gacha game within a gacha game, how meta.

3 Compete Against Others In The Ultra Arena 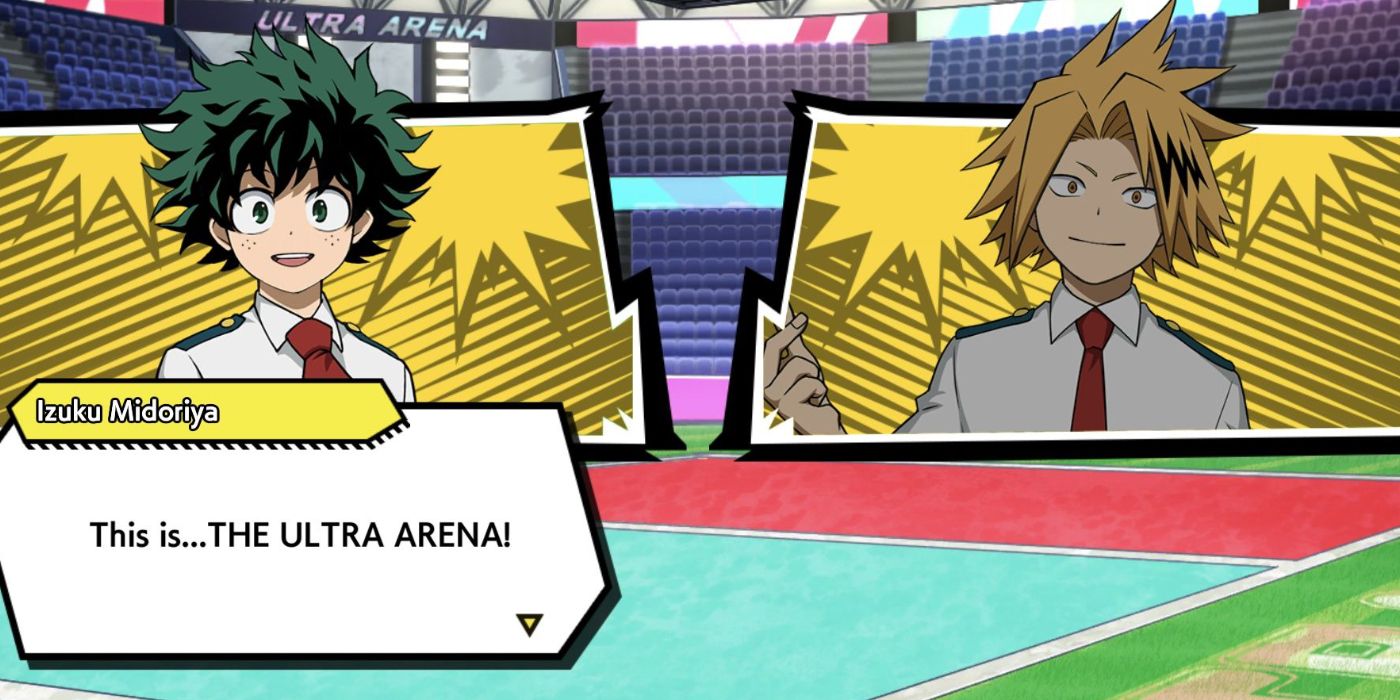 Ultra Arena is where you can go up against others also playing the game. The more people you beat, the higher your server rank. The better your rank, the greater the rewards you will receive and one of those rewards is Hero Gems.

Ultra Arena has a seasonal time limit where, after a set number of days, your ranking will be reverted to the starting rank of Rookie. Like the U.S.J., you will also get a set number of tries. But, unlike U.S.J., these tries will replenish after about an hour, rather than a whole day.

2 Take On The VE Tower 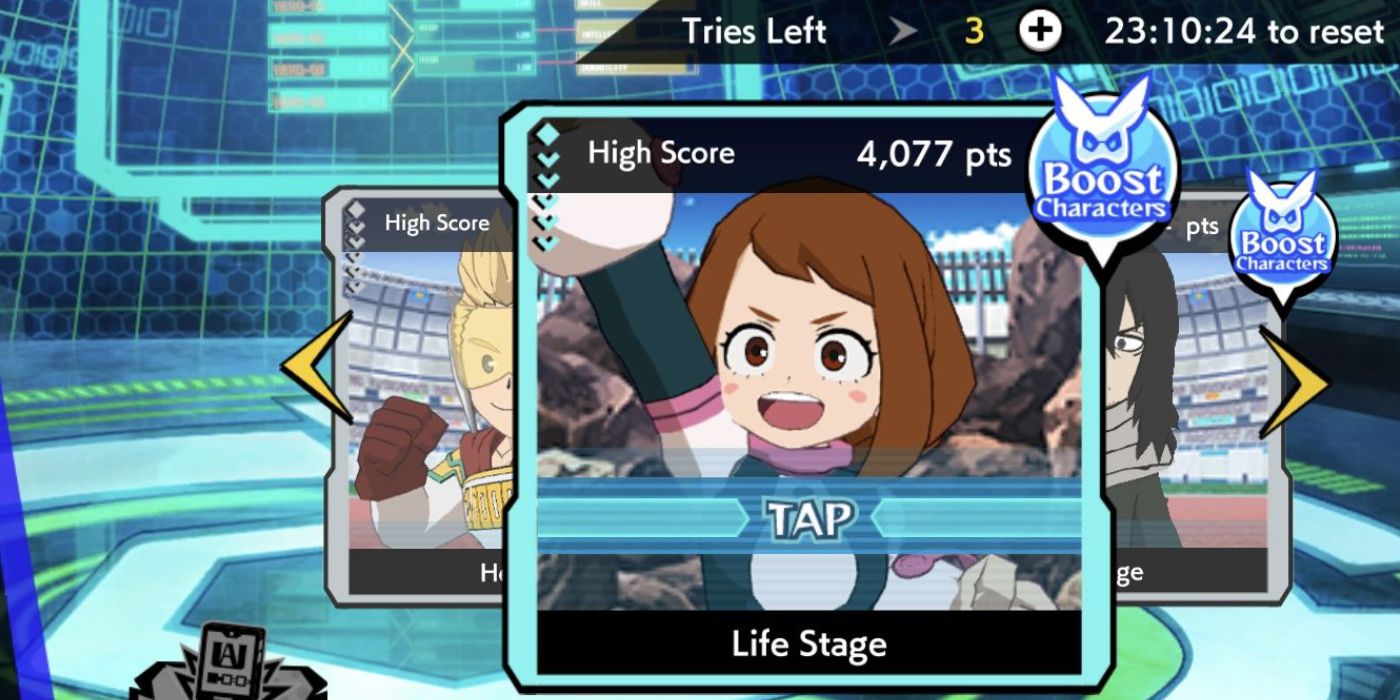 VE Tower has you fighting against three floors of characters in set stages with different difficulties. It also has a ranking system that rewards you with Hero Gems during a ranking period. The higher your rank, the better the rewards, and the more Hero Gems you can receive.

Each successful battle rewards you with Hero Gems upon its first completion. However, these battles range from difficulty B to difficulty S and can only be attempted three times a day. To stand the greatest chance of success, make sure to level up your characters and equip strong memories before tackling these challenges. 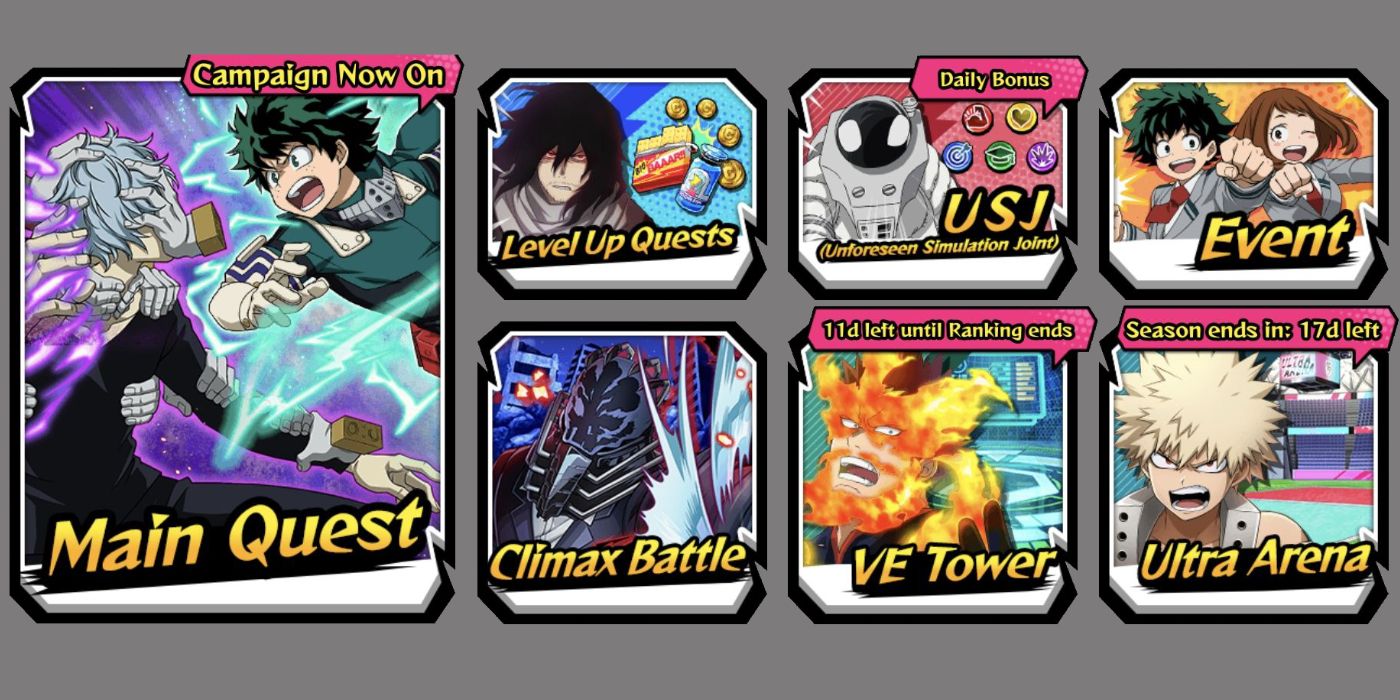 Climax Battles have you facing off against challenging bosses for rewards. They come with their own event periods and reward you for each completed quest. They also have daily missions where you can obtain Hero Gems.

Sometimes, all you need to do to complete these missions is to beat the boss with a specific character on your team. Though the ultimate prize is receiving the character you were up against, you can obtain Hero Gems while fighting your way through battle after battle.